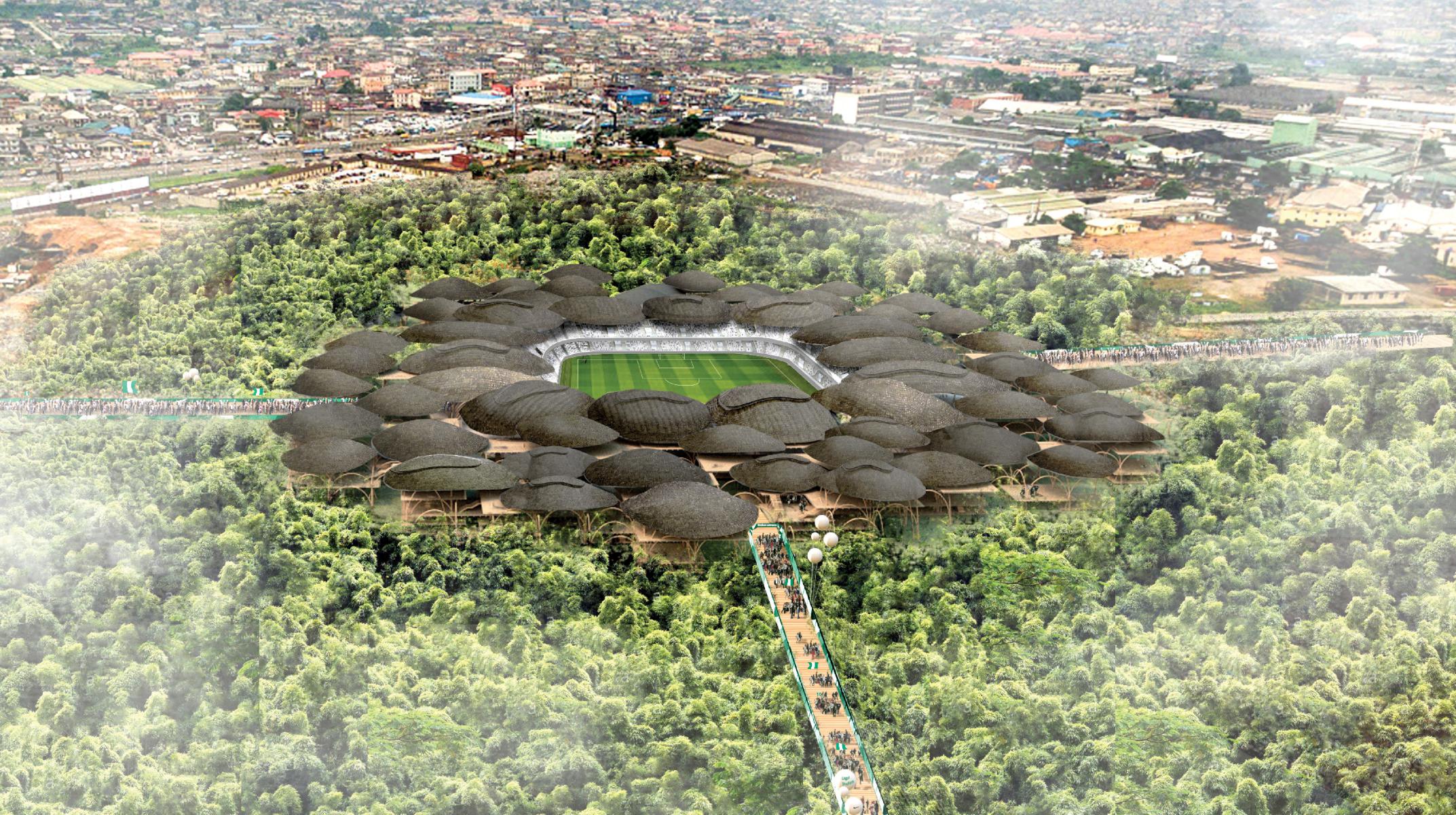 Arch out loud challenged participants to design a new multi-purpose stadium at the former Olusosun Landfill in Lagos, Nigeria.

In its latest speculative open ideas architecture competition, Arch Out Loud challenged participants to design a new multi-purpose stadium at the former Olusosun landfill in Lagos, Nigeria. The theme of the competition was Waste, which is a global issue common to all urban areas, with cities from around the world generating more than a billion tons of garbage a year. The competition seeks to address how expanding cities deal with and reverse wasteful tendencies in a bid to begin living more efficiently and sustainably.

“The competition may turn out to make its biggest contribution to the field by bringing together a set of documents that reveal how architecture is being shaped by and is responding to ecological thinking at the present moment. A preference for infrastructure over typology, landform over building form and systems over objects was evident throughout. Many projects also reflect a broad reconceptualization of building materials in relation to resources as opposed only to structural attributes,”

Until recently, Lagos handled its waste by relocation driving waste outside of town to the 100-acre Olusosun dump site from 1992. Since then, Lagos is estimated to be the fastest growing metropolis in the world, expanding from a population of 7 million to over 21 million. The landfill that was once far from any urban activity is now surrounded by it. As such the Olusosun landfill was shut down by the local government and slated for redevelopment as an urban green space and public park. The new visions for this park make up the submissions for ‘waste’ competition including anchor programs that incorporate new attitudes relating to waste and redefine how the stadium typology can serve its surrounding communities.

The winning entry came from Iulia Dorobanțu and Lucas Monnereau, the team at ENSA Paris Belleville, a French School of Architecture.

The stadium is the natural meeting place for the neighborhood: an evolutive, flexible and transformable infinite bamboo based-unit structure. The bamboo seeded on the site becomes the local building material. A mix of social spaces, dedicated to enjoying the sport on game days, as well as dwellings and local public programs, to be occupied all year by the local community, blend together in the small-scale system. The aggregation can grow in each direction to meet all needs of various situations, with a potential multiplication at the scale of the neighborhood or city.

Previous
How to Save Money When Doing Your Interior Decor