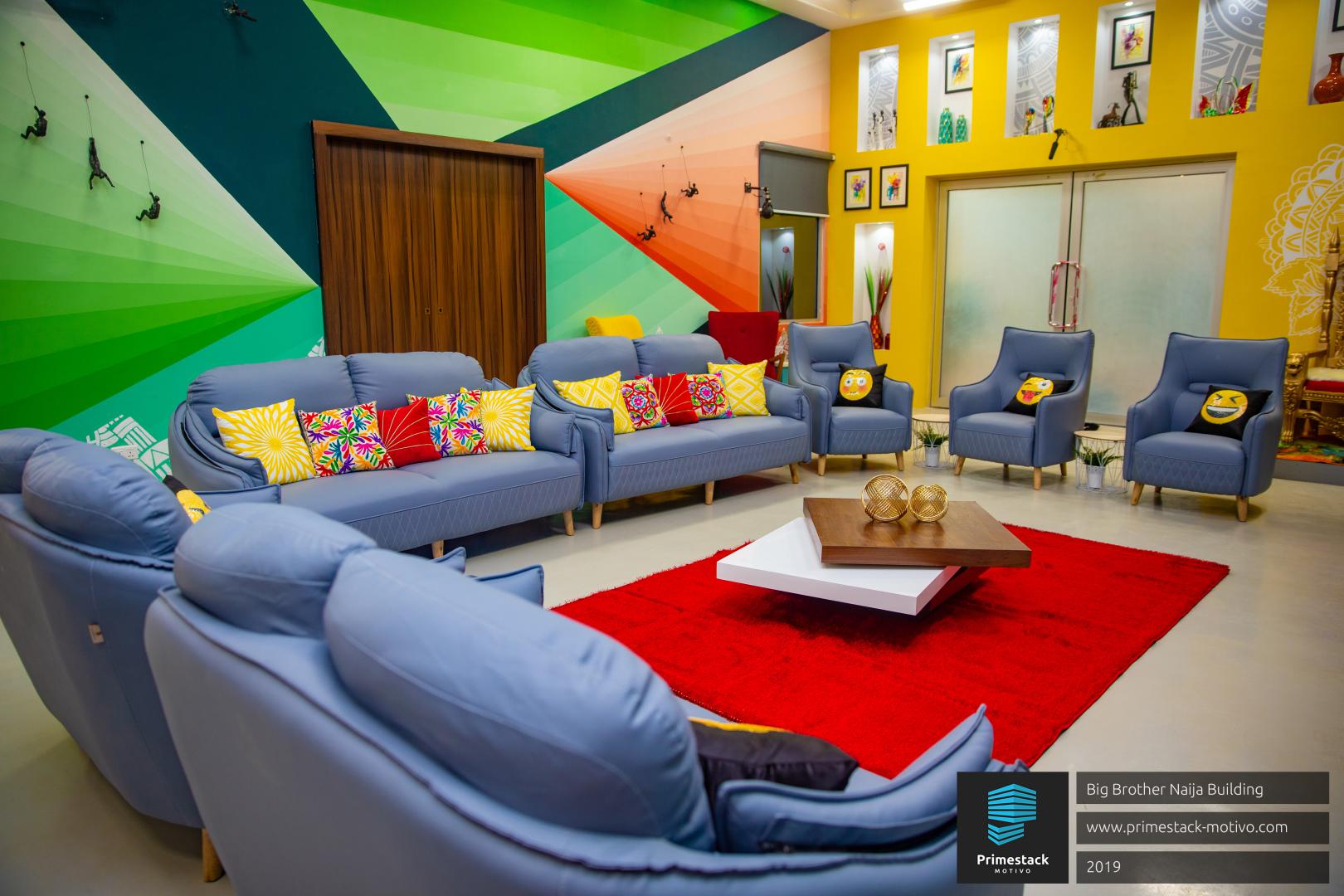 With a 12 month timetable, Primestack Motivo were tasked with designing a simple and flexible structure that would blend into the surrounding environment but cater to a plethora of functions beyond the Big Brother Naija reality show. As such, they adopted steel portal frames for the primary structure, and dry wall with rock wool insulation for the interior partitions and ceilings. Acoustics were one of the key focal points for the project as the facility was required to accommodate an arena for the eviction shows with a live studio audience, as well as the living quarters for the housemates. All of these spaces had to co-exist without sound from the former affecting the latter. A series of failed attempts eventually led to a viable solution for sound insulation- a week after the show had started. Utilities and services also had to be situated in an adjoining building to curtail the effects of both noise and vibrations. The designers were able to successfully deliver the project in just under a year with 5 months for the design phase and a 6 month duration for construction.

How and when did the project begin?

Primestack was commissioned to oversee the design and construction of the Big Brother Naija house, having previously completed an interior design project for an executive of Multi-Choice Nigeria. The design phase of the project began in July, 2018 and spanned over a 5 month period ending in November, 2018. Within that time, 5 different design options were developed and presented to the clients in a series of meetings.

The Brief. The Process

The property was to serve multiple functions. Primarily, as a set for the reality TV show, but also as an auditorium for live shows, as well as the living quarters for the twenty-one housemates. For those who followed the show, you will most likely be able to identify a host of other functions that would have been required at the time our design team began working on the project. This was one of our biggest challenges. How do you house that many functions and that many people under the same roof, neither interfering with the other?

Another unique challenge was that the clients wanted “an ugly/inconspicuous building”. This was due to the nature of the show, as they wanted to ensure the building would blend in with the existing environment and not draw attention to itself. To achieve this and gain a better understanding of the scope and requirements, we made a two-week trip to South Africa to carry out a case study on the facility used for the show last year. This visit informed the different design proposals that were put forth, ultimately leading to the final approved design.

The construction phase of the project took place between January, 2019 and June, 2019, with 90% of the resources and materials put into the building being locally sourced. Everything from furniture to fabrics are “Proudly Naija”, most especially the stunning murals on the walls created by Left Eye Signatures.

Want to get your project published? Get started here.

Previous
How Scandinavian Style Is Transforming Our Homes – Inside and Out

Next
At N2.9 million, these Homes in Nasarawa by the Millard Fuller Foundation are the Most Affordable Homes in Africa.