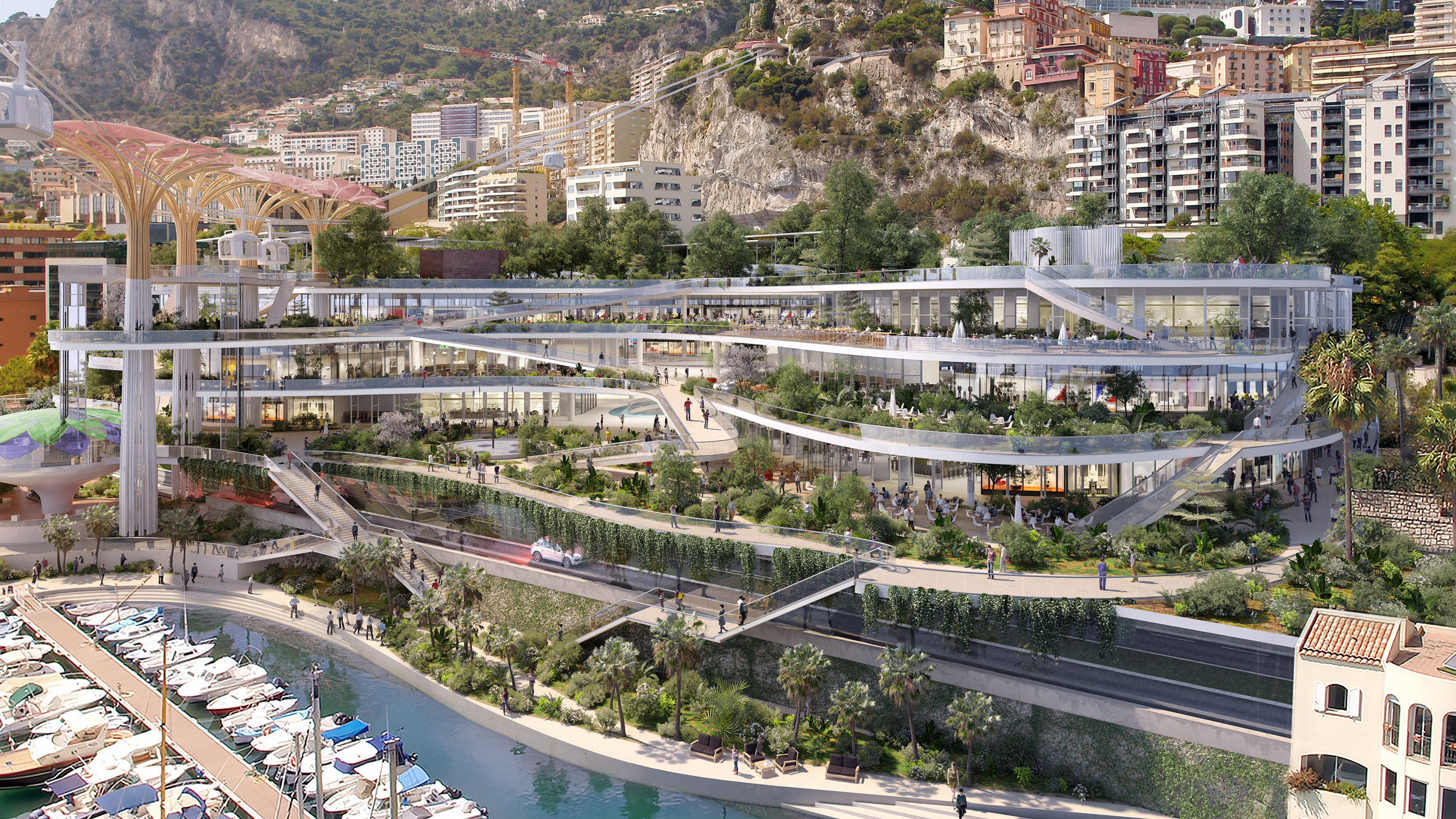 Fontvieille shopping centre and the area around it in Monaco are to undergo a radical facelift that will transform and revitalise the youngest district of the Principality.

Fontvieille, where 12% of Monaco’s population live, was built on land reclaimed from the sea as part of the late Prince Rainier III’s plans to expand his tiny city-state. His son Prince Albert II laid the cornerstone of the new district, designed by Italian engineer Gianfranco Gilardini in 1981. Today, Fontvieille is home to businesses, parks, a football stadium and luxury real estate. Monaco’s second harbour, which is lined with bars and restaurants, and a heliport are also located there.

International architectural firm Studio Fuksas, led by Massimiliano and Doriana Fuksas, won a competition for the project, with a design grouping the cultural, commercial and public areas within a connected tiered structure.

The contemporary five-storey scheme covers 45,000m2 and will be built on the site of Fontvieille shopping centre. Each level will open onto curved terraces embellished with greenery.  Two bridges on either side of the building will give pedestrians access over the main road to a new landscaped area in front of the harbour.  The terraces on each level will be interlinked by ramps and staircases.

The curved, organic form of the sea-facing structure aims to echo the natural environment, while the generous vegetation will allow nature to enter the urban space. The interior of each level will be a different colour, culminating in grey to mirror the cliffs of the region.

Studio Fuksas has worked on some 600 projects in its 40  years of existence and has offices in Rome, Paris, Shenzhen, Dubai and New York. It describes the project on the site of Fontvieille shopping centre as a “vertical park” connecting the city to the sea.

This project on the site of Fontvieille shopping centre is far from being the only one that will transform Monaco. Five decades after work began to create the land extension that is now Fontvieille, an ambitious project is underway on the opposite side of Monaco that will create an ecodistrict of more than six hectares on the Mediterranean Sea. Monaco currently has a surface area of just 2.02km2 and a population of 37,308, according to the last census in 2016. A quarter of those residents had moved to Monaco in the eight years preceding the census and the population is continuing to grow.

Next
Inside the Nest: A detailed look at the Interior Design Scheme for Nest Homes Lekki-Abijo 4 Bedroom Fully Detached Home