Architects Sara Kalantary and Reza Sayadian of TDC Office group, have seemingly perfected the art of functional facades. Their work on the Danial Apartments and the Sephr Apartments (both in Tehran), showcase the dynamism and practical nature of their facades as not just aesthetic envelopes but functional skins that add to the amenity and beauty of their buildings.

The Saba Apartments, also in Tehran are no exemption. From the locally fabricated ‘wooden curtains’,  that form an integral part of the approach facade to unique planters and landscaping, the building exemplifies a suitable style of residential design for the region. Here’s their synopsis,

The home is considered as an inseparable concept from the ancient Iranian civilization and culture; linked to the nature, providing freshness and liveliness to its residents. In other words home in its ancient concept is a combination of the building and garden which would place the man within. A humane space enfolding every single detail of nature such as the sweet sound of birds chirping, the melody of water drops on the surface , the touch of the trees, the golden color of the sunrays on the brick structure and the reflection of the building enfolded by the nature in the surface of a pool.

With the change in people’s lifestyle, development of the cities and the uprising demand for constructing high-rise buildings; this valuable heritage of our ancestors efforts in engaging the architecture with nature has gone obliterated, which has changed into a blurred memory over less than a century. This project was the result of our efforts in revitalizing this lost heritage and giving a new interpretation to the old concept. Which we believe one of the main reasons of the cultural crisis our society is engaged with nowadays is the result of this abrupt shift in the living space. 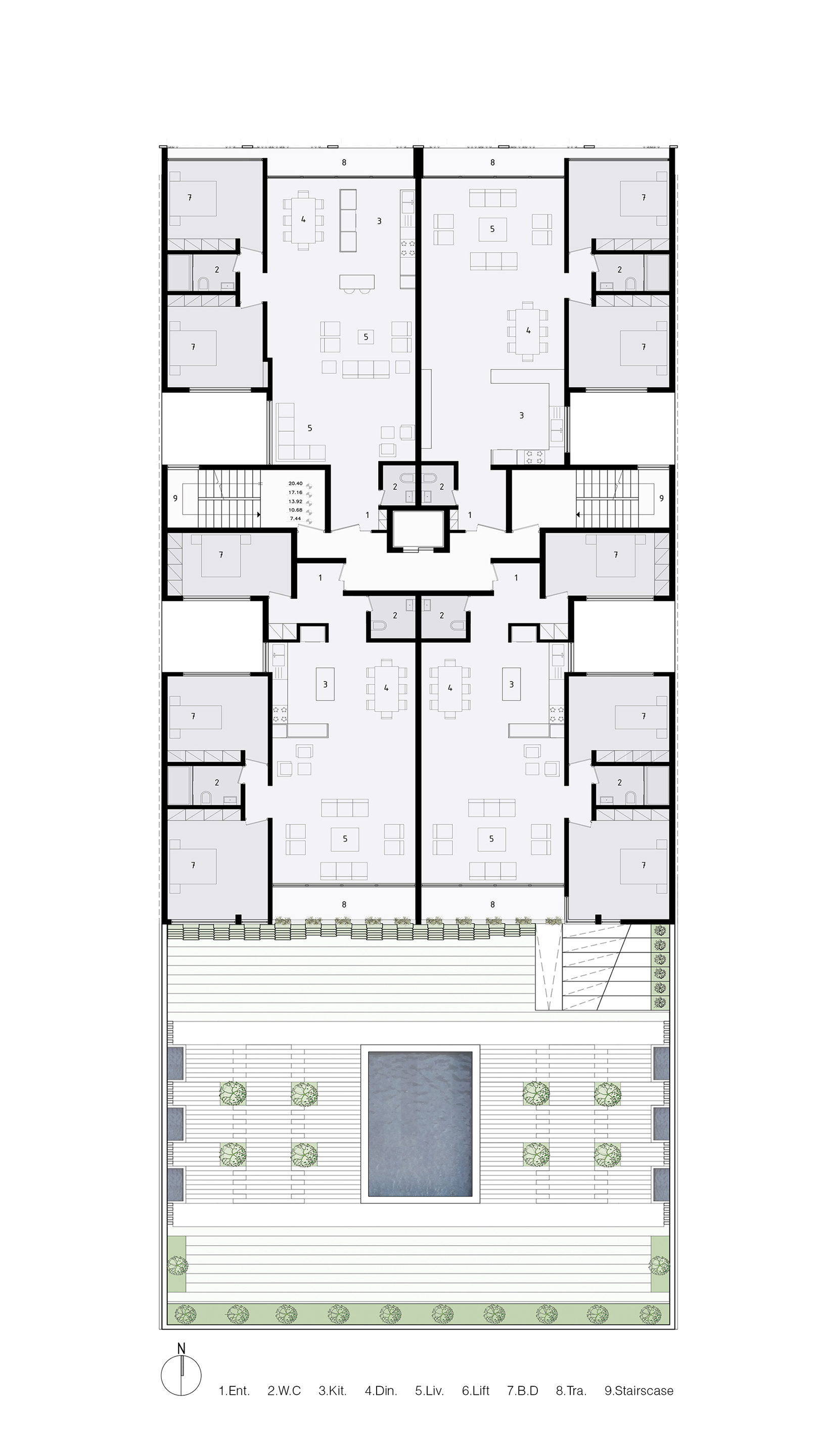 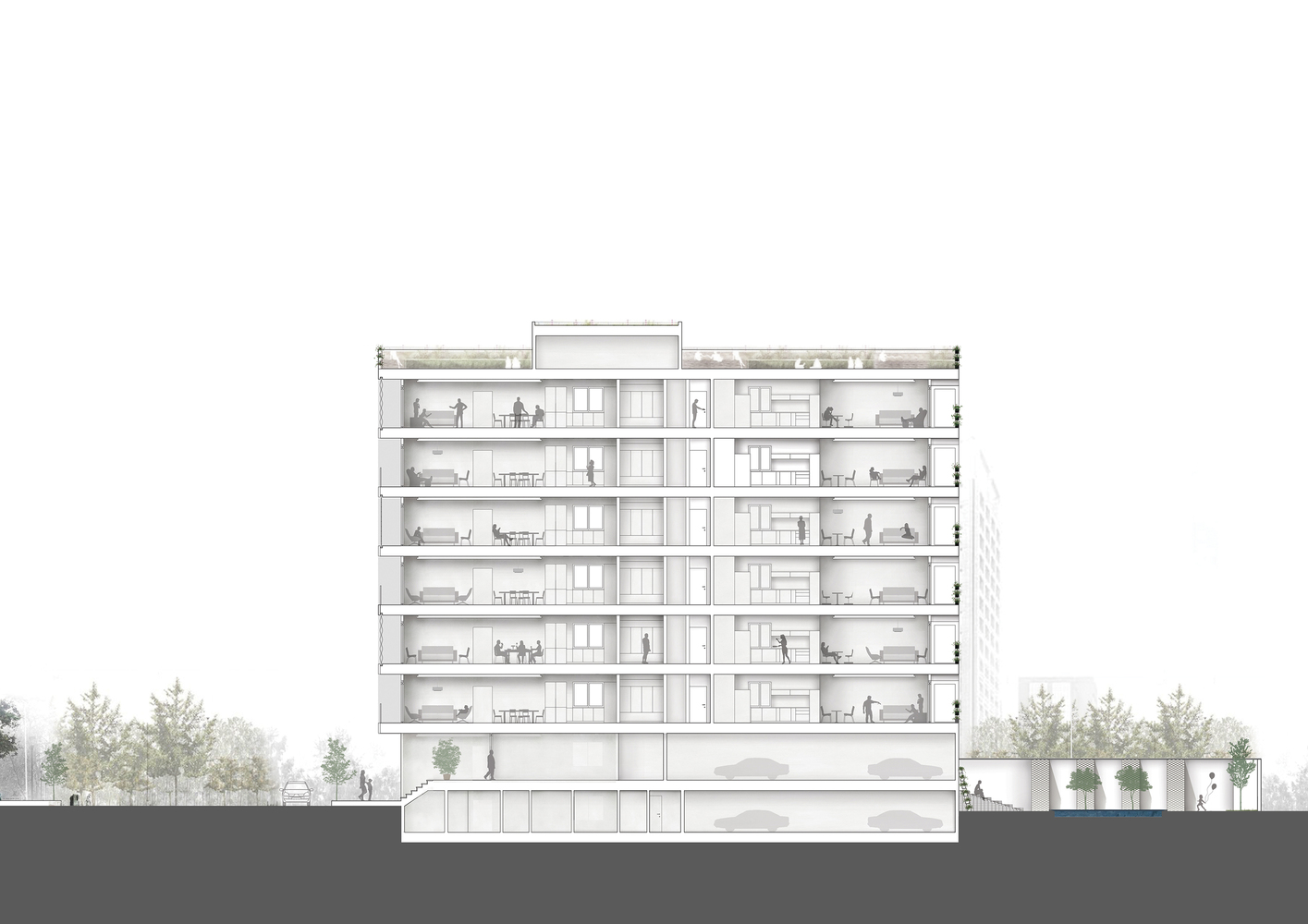 The street façade is dynamic and movable that changes by apartment dwellers. This double Skin façade tries to have communication with the city, is constructed of a one transparent layer and one movable wooden layer. The saturated woods with 2.40 meters height are located in a rail. This part is designed and made by the cooperation of smithery and casting team during a year of continuous  work with  low cost. The wooden layer is controlled manually by hand. This second layer’s measure of openness and closing is depended on the users’ need for light, privacy and view. In the facade that fronts the garden, the modular flower boxes shape the balustrade of the balcony. This green layer is irrigated by the collection of building used water and rain in a smart drop irrigation procedure.

The project is situated in a land with 20 meters width and 50 meters length and is located on the south of a 20 meters width street. The 30 meters length of the northern portion of the site plan was our boundaries for constructing the apartment; splitting the connection between the southern yard and the street. With this regulation disconnecting the linkage between the yard and the street, the challenging part was to reconnect this fracture with a solution. 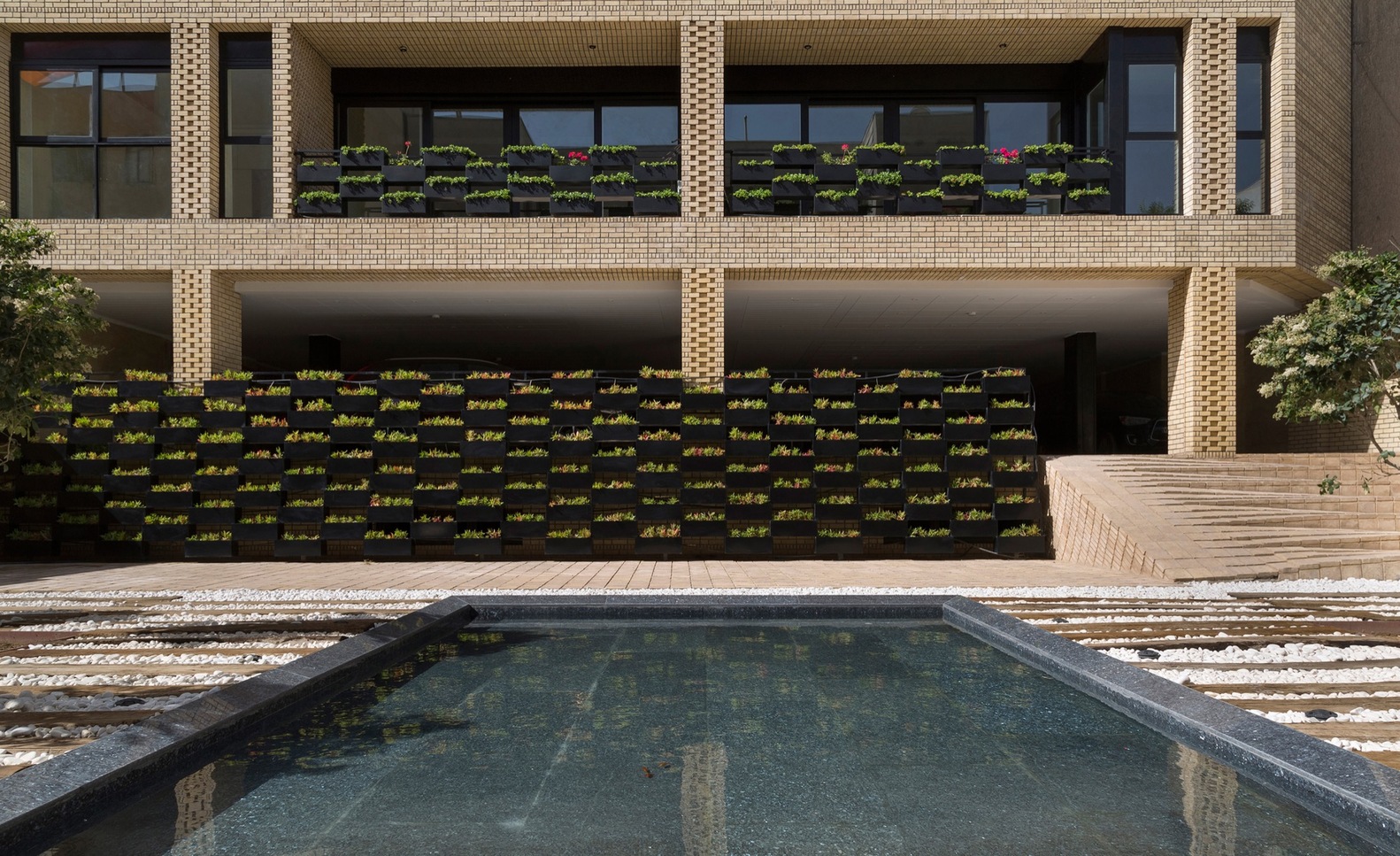 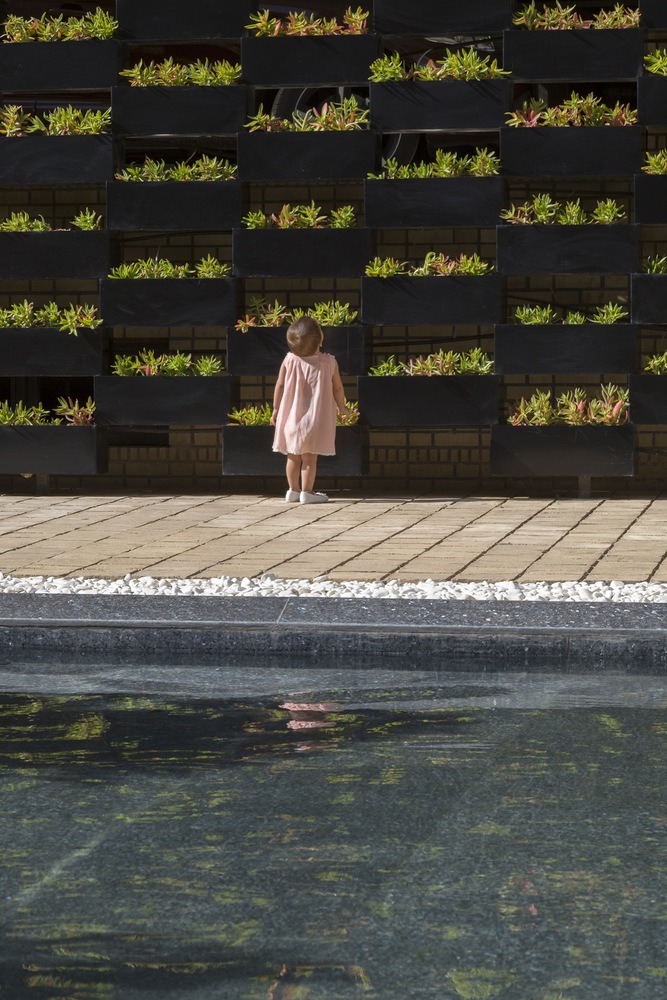 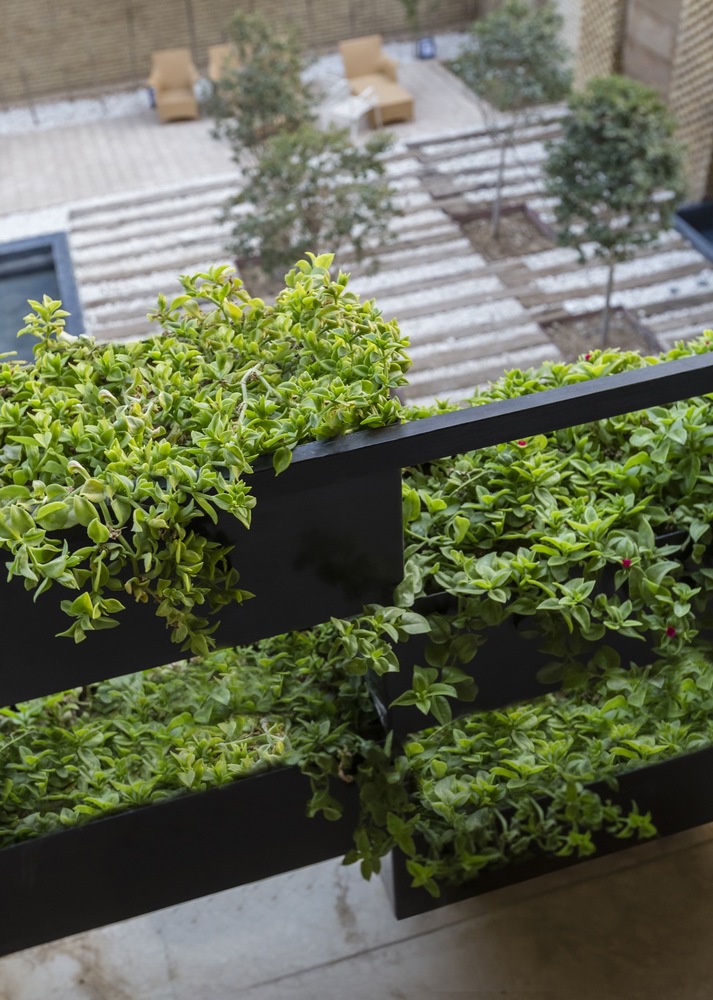 A pragmatic approach to nature and sustainability

First : Local materials and recycled ones from the existing building before construction are used in the construction of the project. Railroad timbers and leftover bricks from the previous structure were washed, processed and used in covering the floor and walls of the yard after 40 years.

Second:  The materials used in construction of the project such as wood, bricks, iron plates and stones are considered as environment friendly materials and are acquired from local resources. 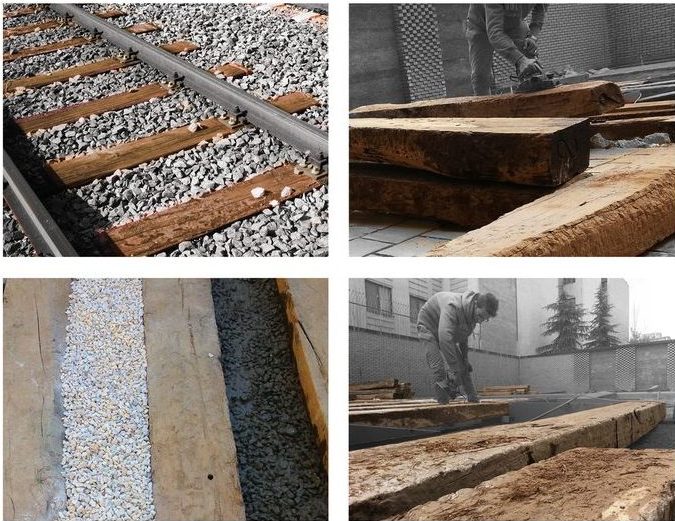 Third:  Using solar energy for supplying the power needed for lighting the common spaces. The energy is collected by the solar panels placed on the roof, saved in a battery and used in time of need.

Forth: the double skin façade facing the street would prevent the heat exchange between indoors and outdoors. The outer shell is a wooden skin with the ability to control the natural lighting and the inner shell is a glass curtain of double-glazed windows providing the indoors with the daylight brightness and nighttime privacy in combination with the outer shell. 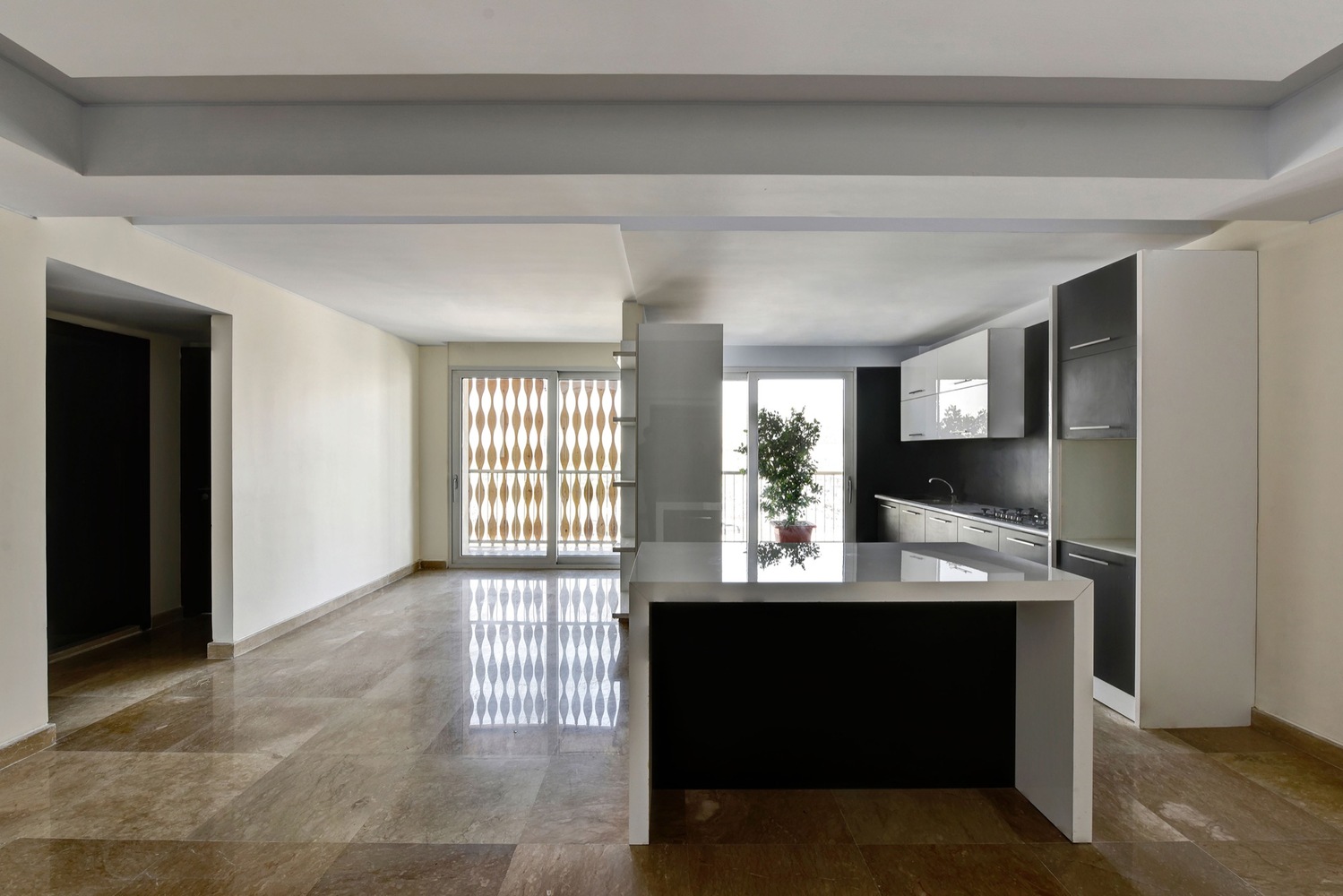 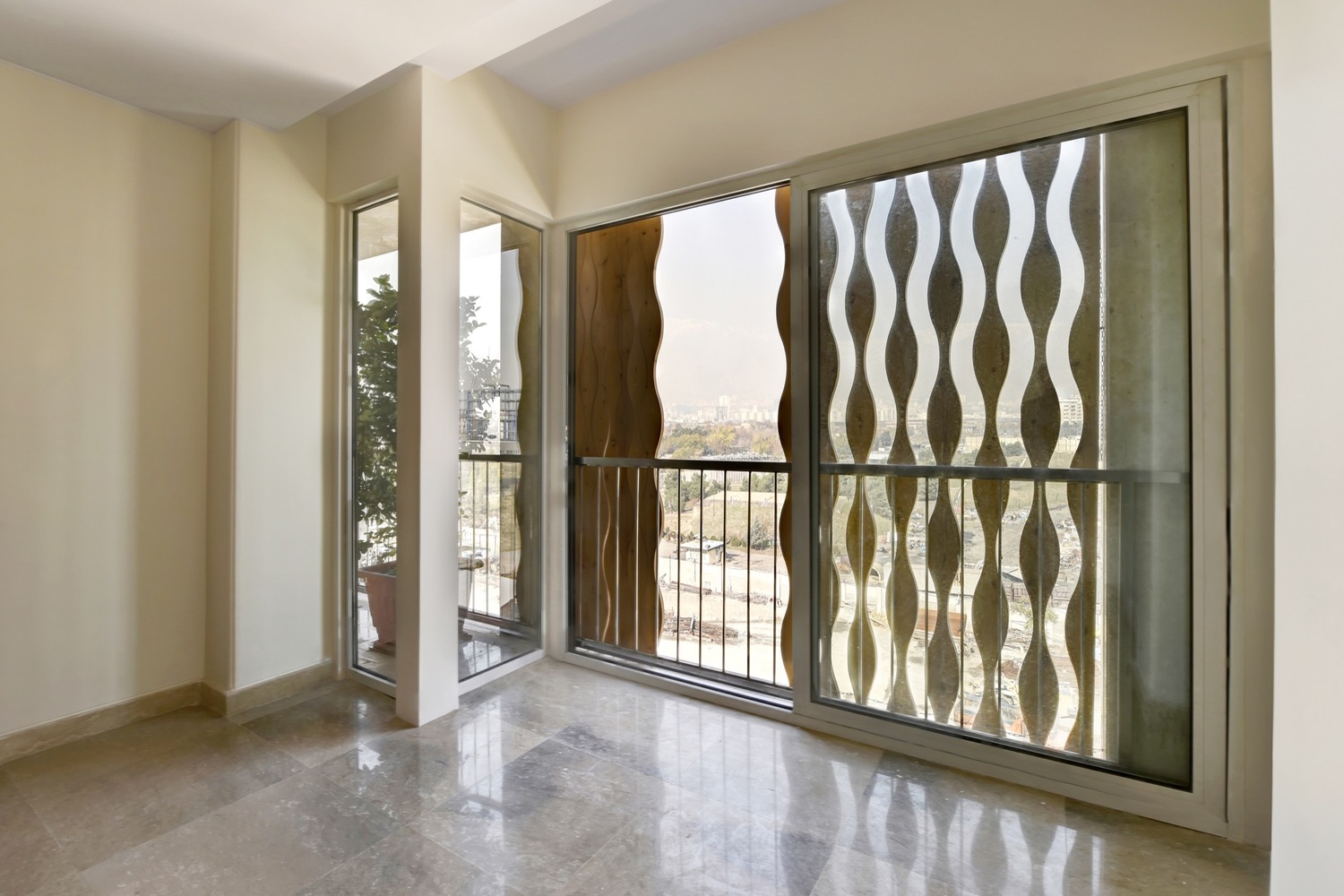 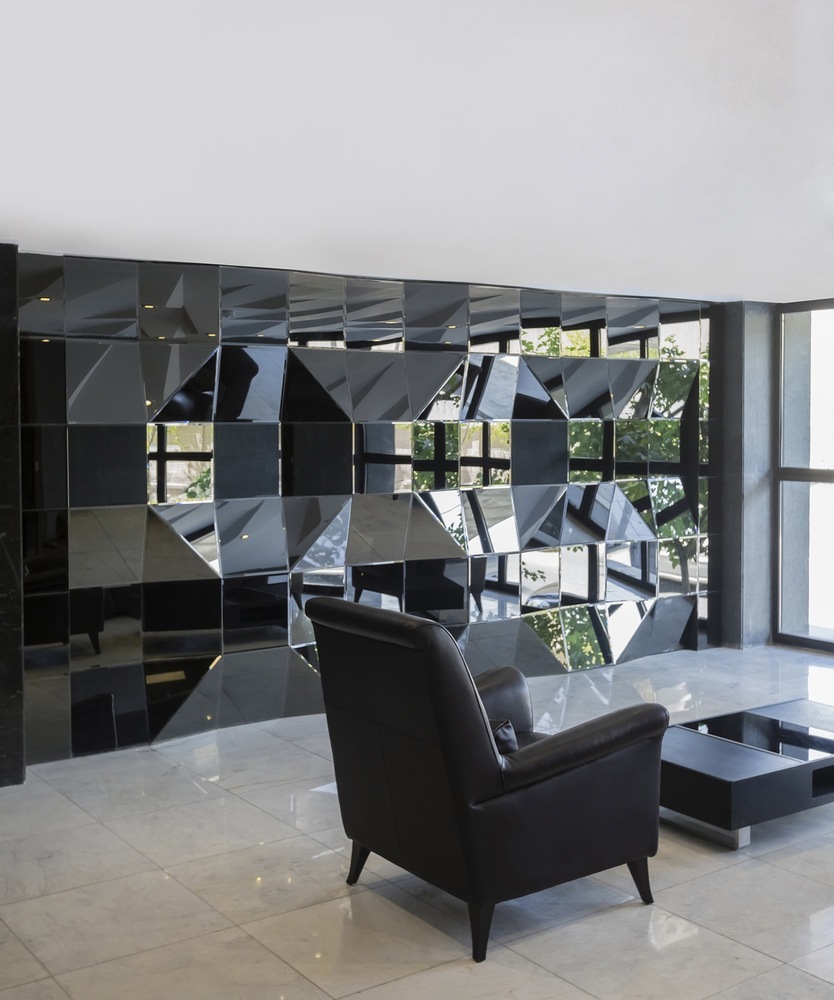 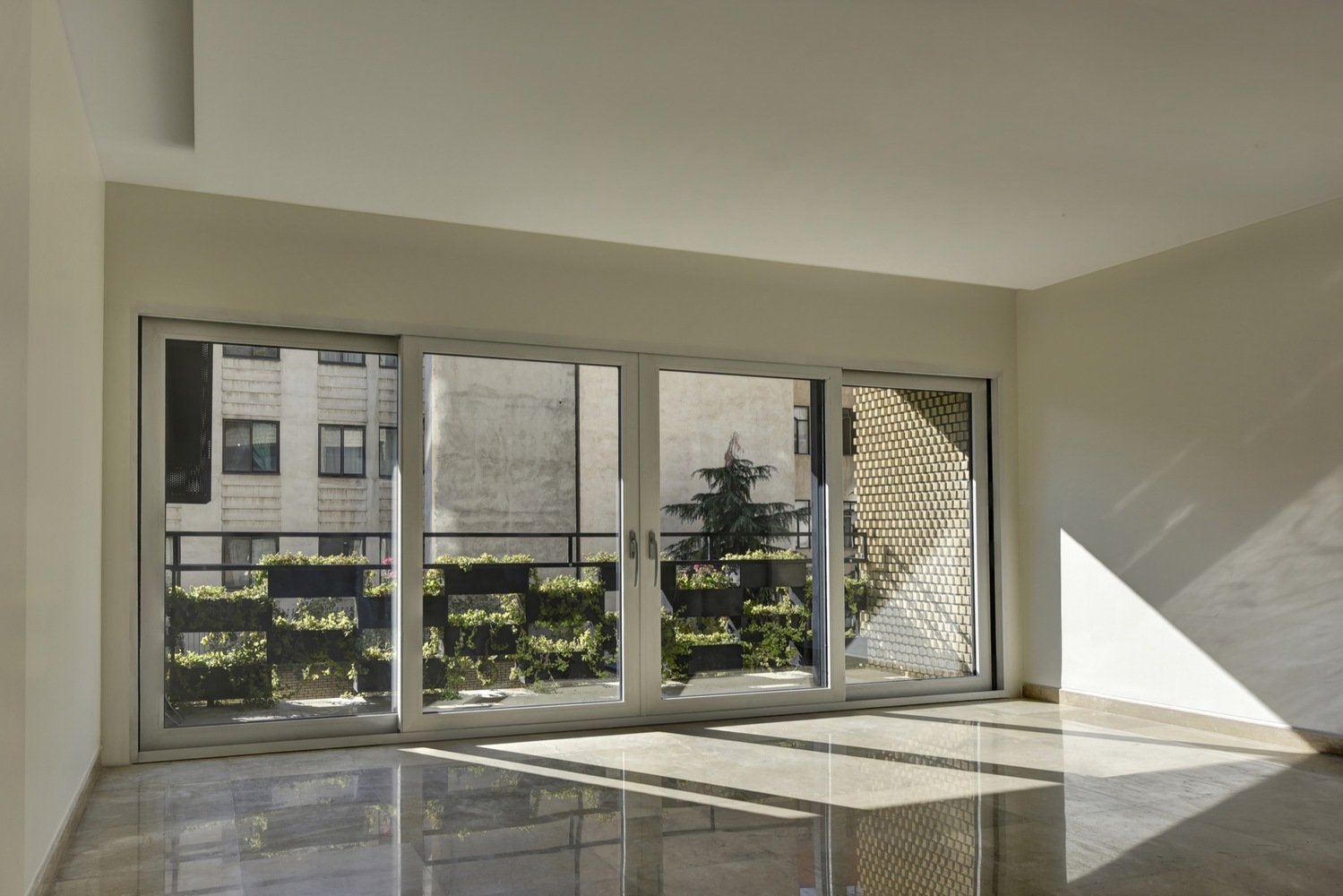 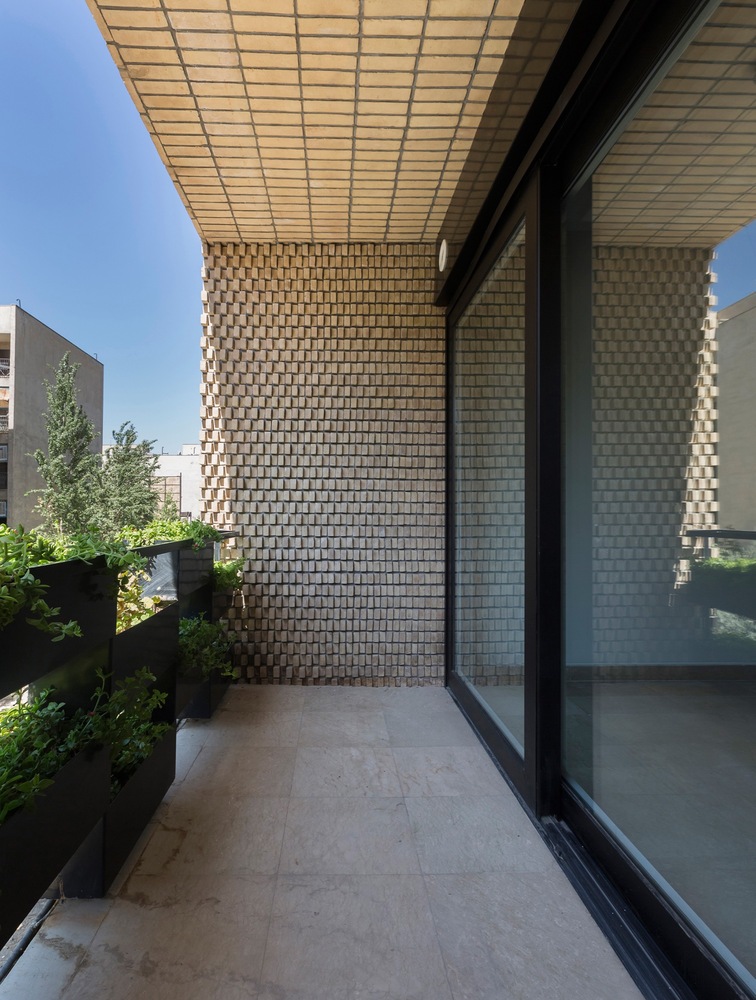 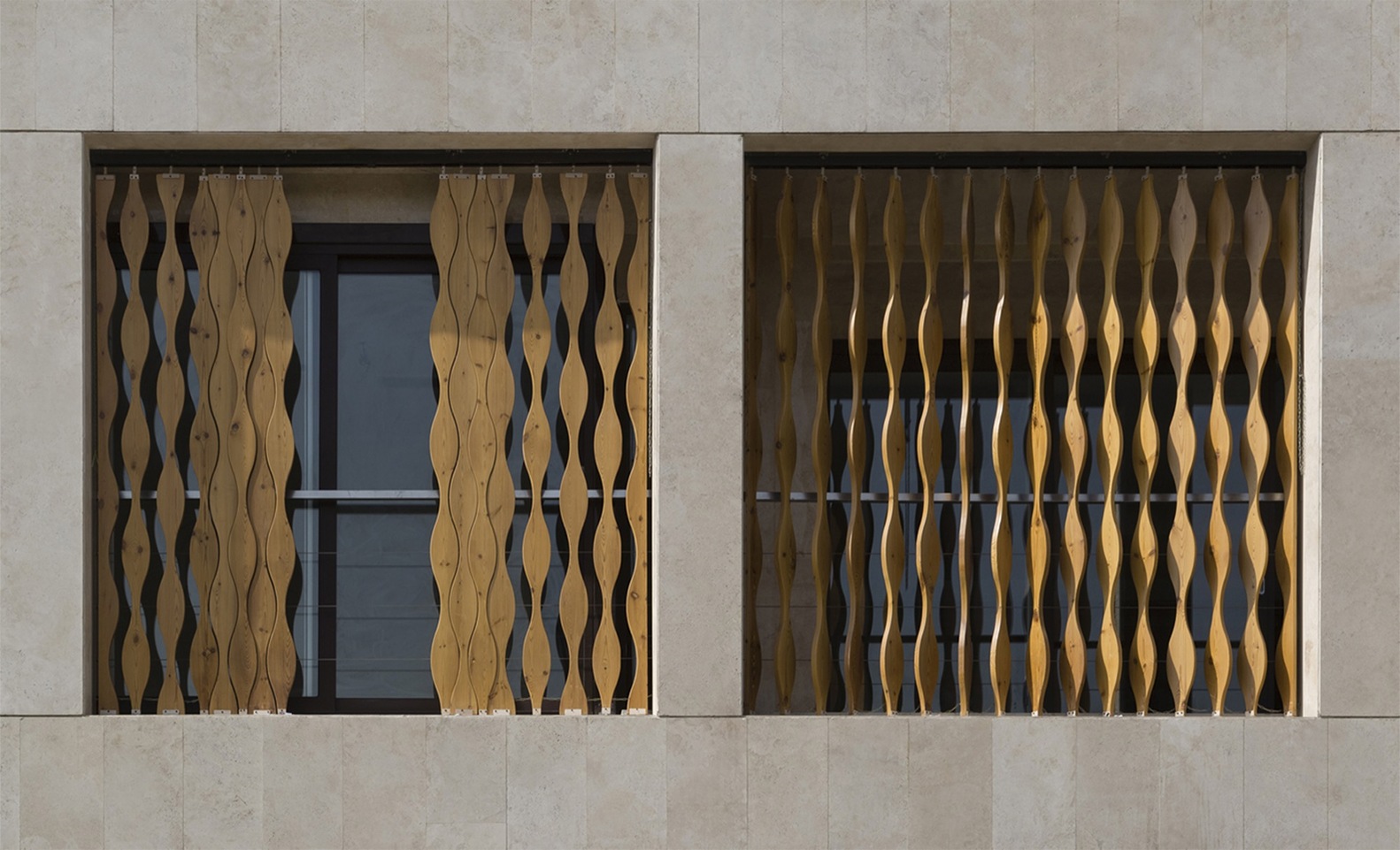 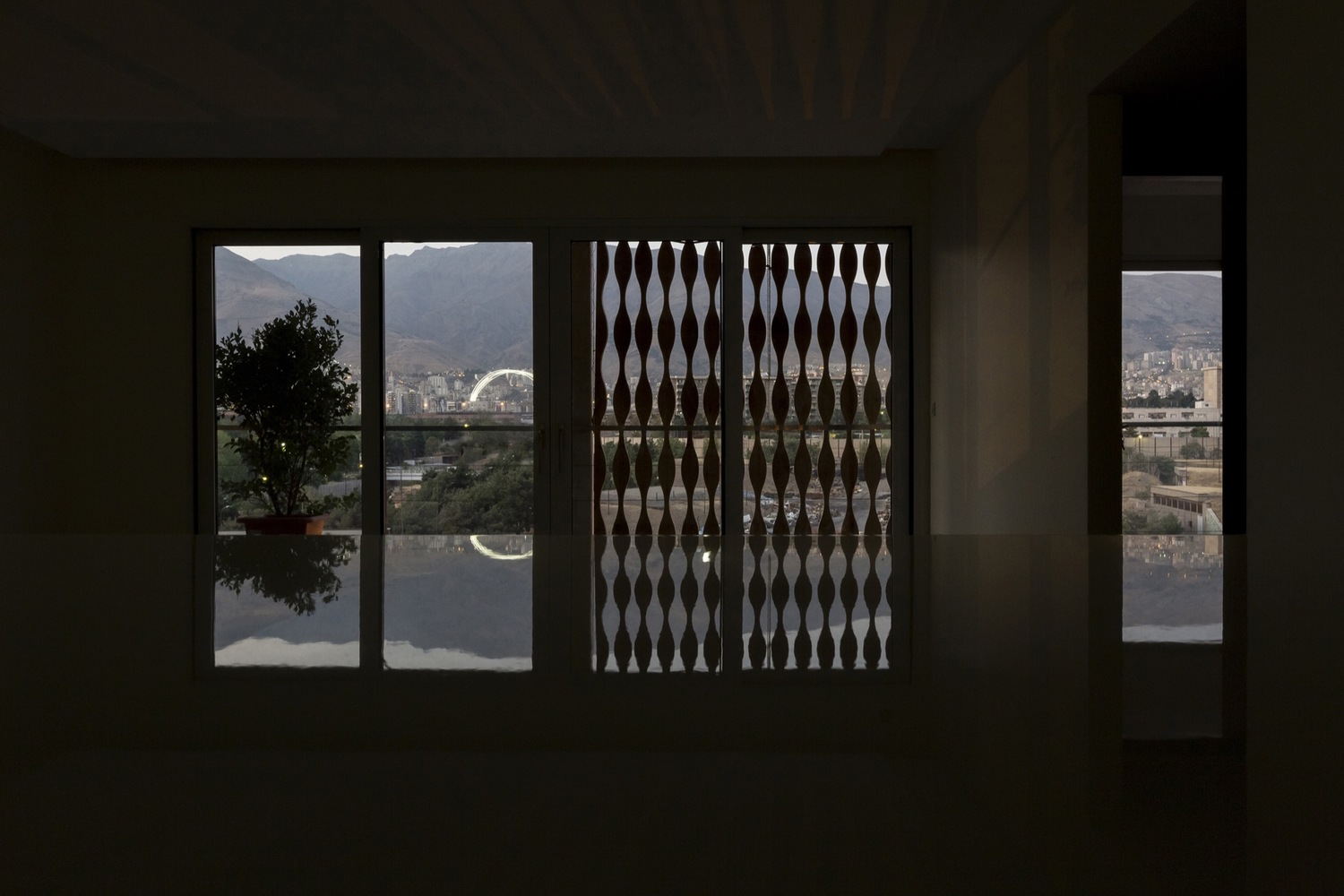 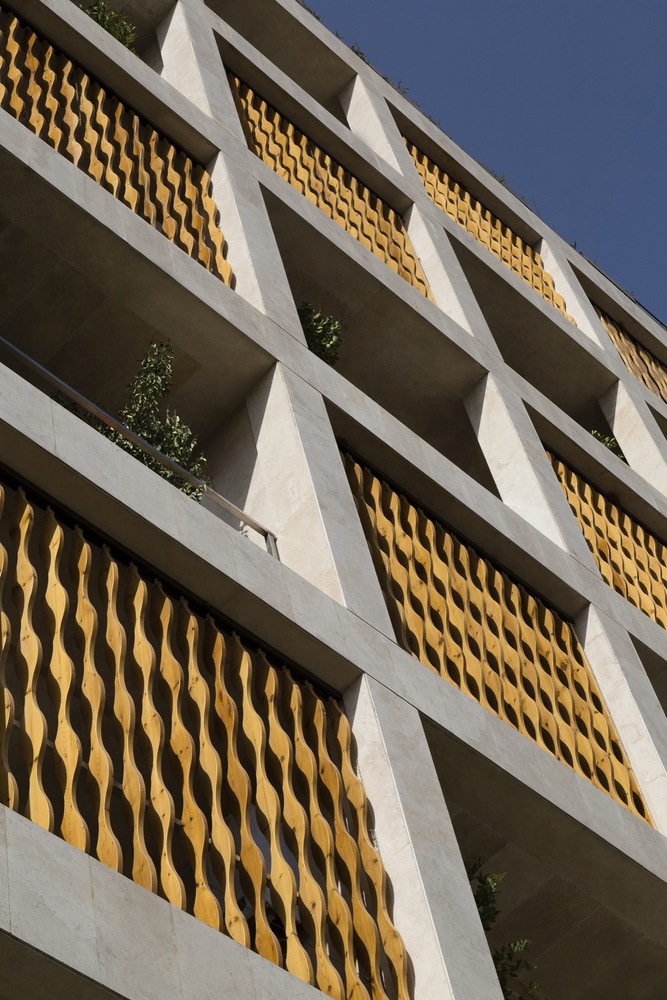 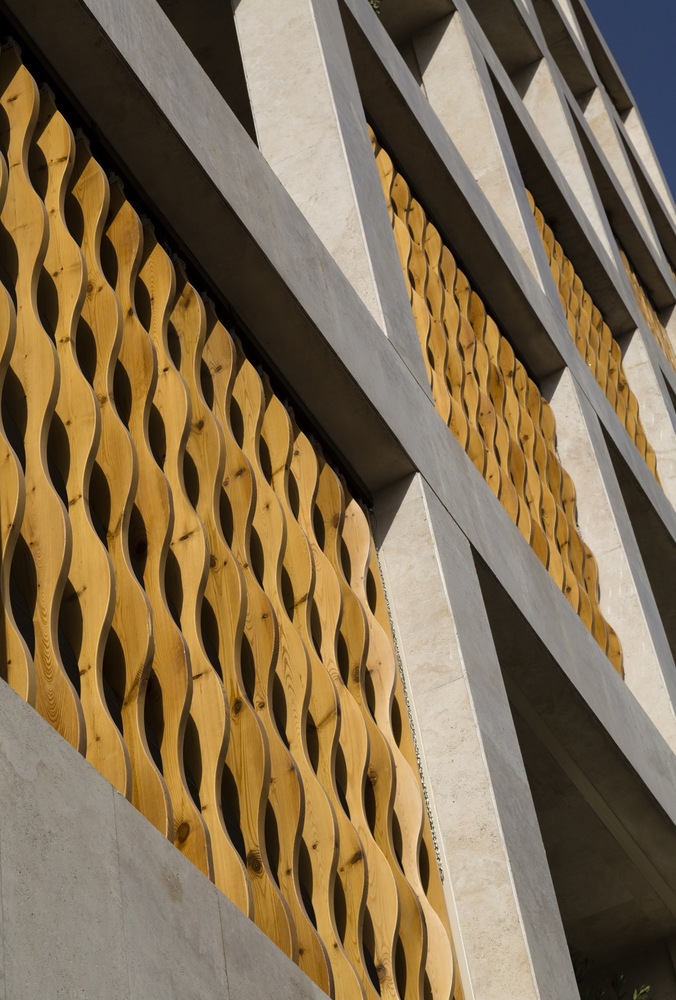 Fifth: As mentioned before we have focused on the idea of the integrating the landscape with the greenery covering the balconies in each floor.


Sixth: With having the water issue of Tehran in our minds we have added a water harvesting system to the project to collect the rainwater from the roof ; to be used for irrigation after filtration. 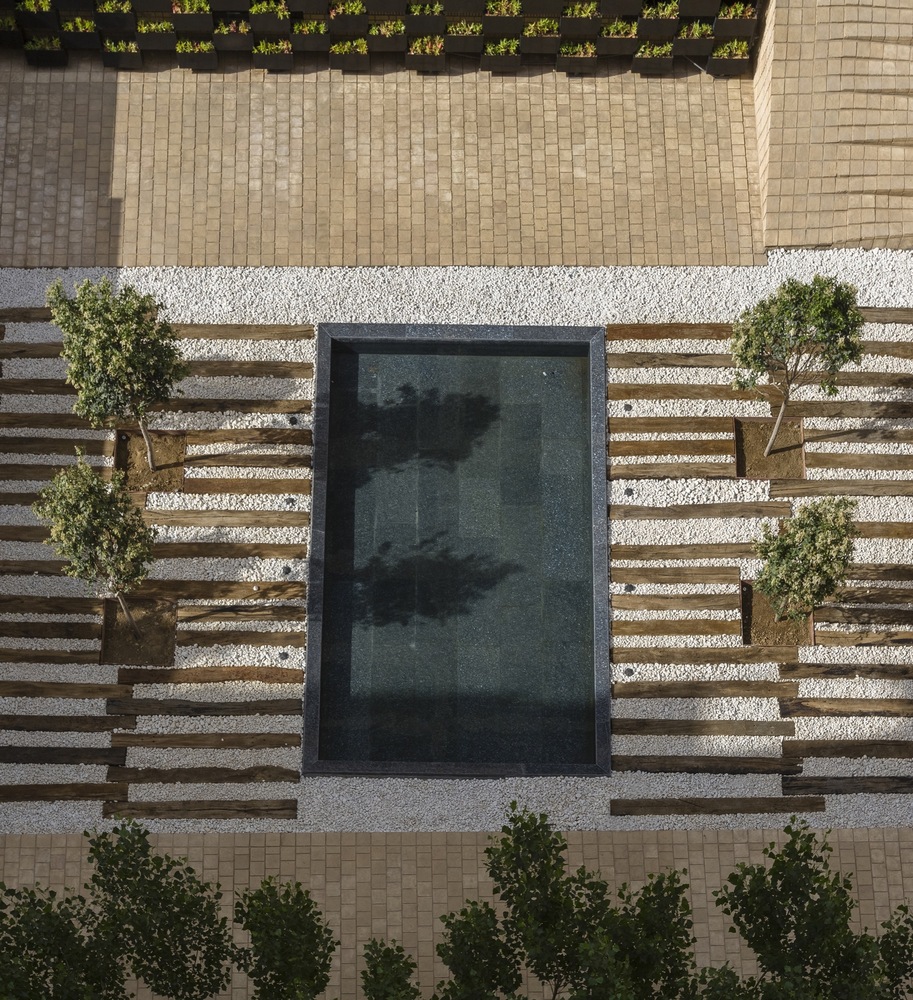 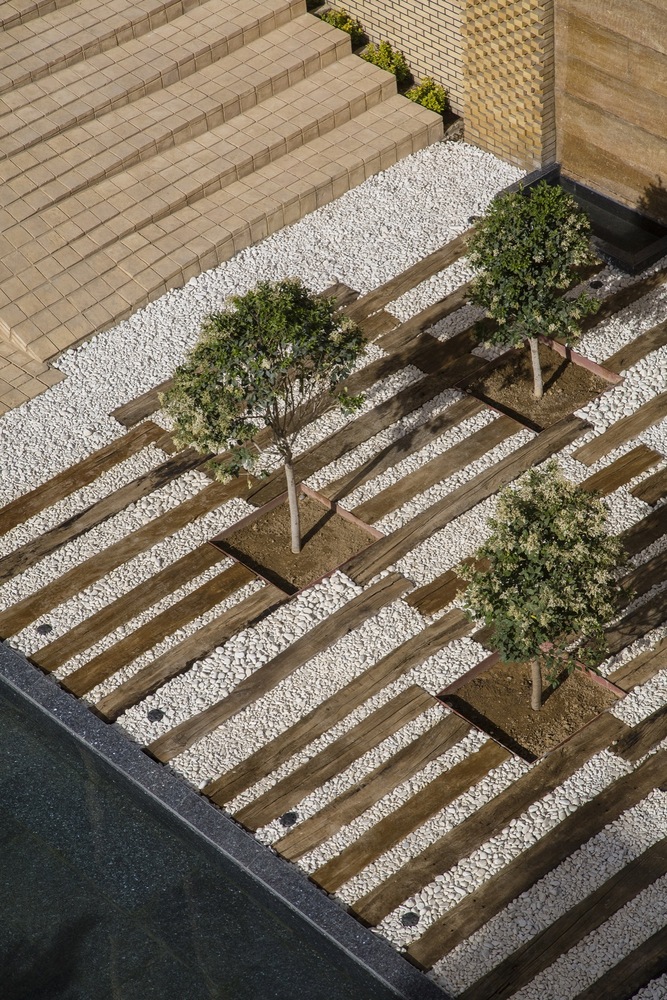 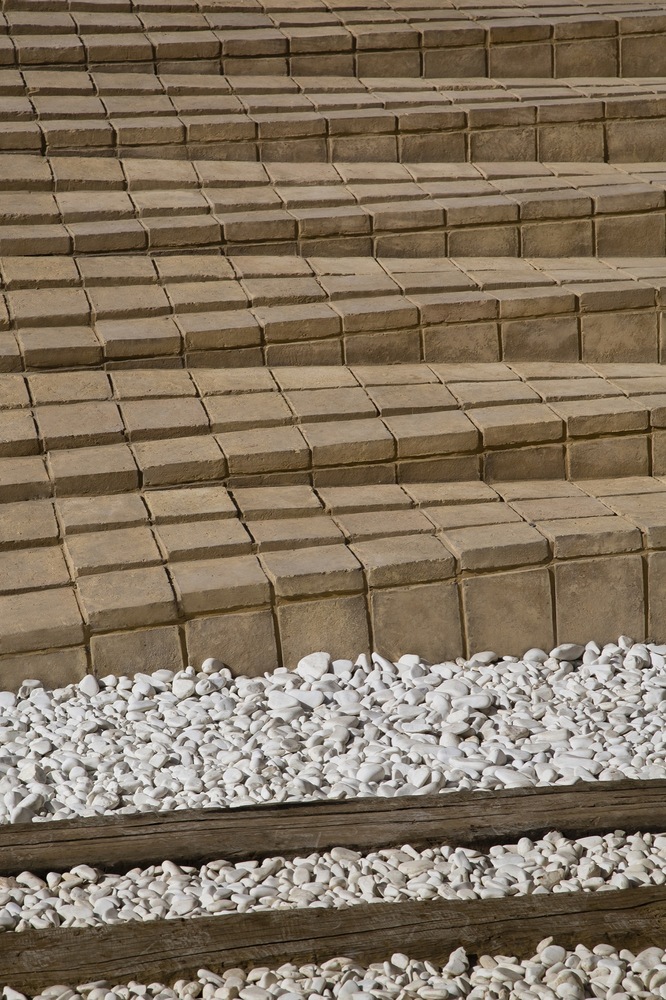 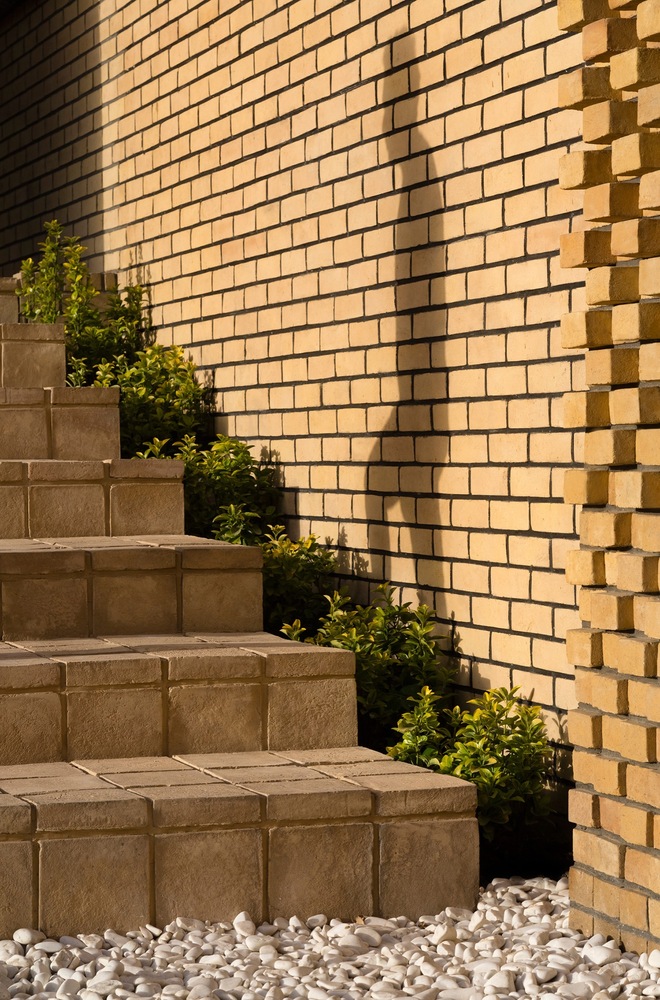