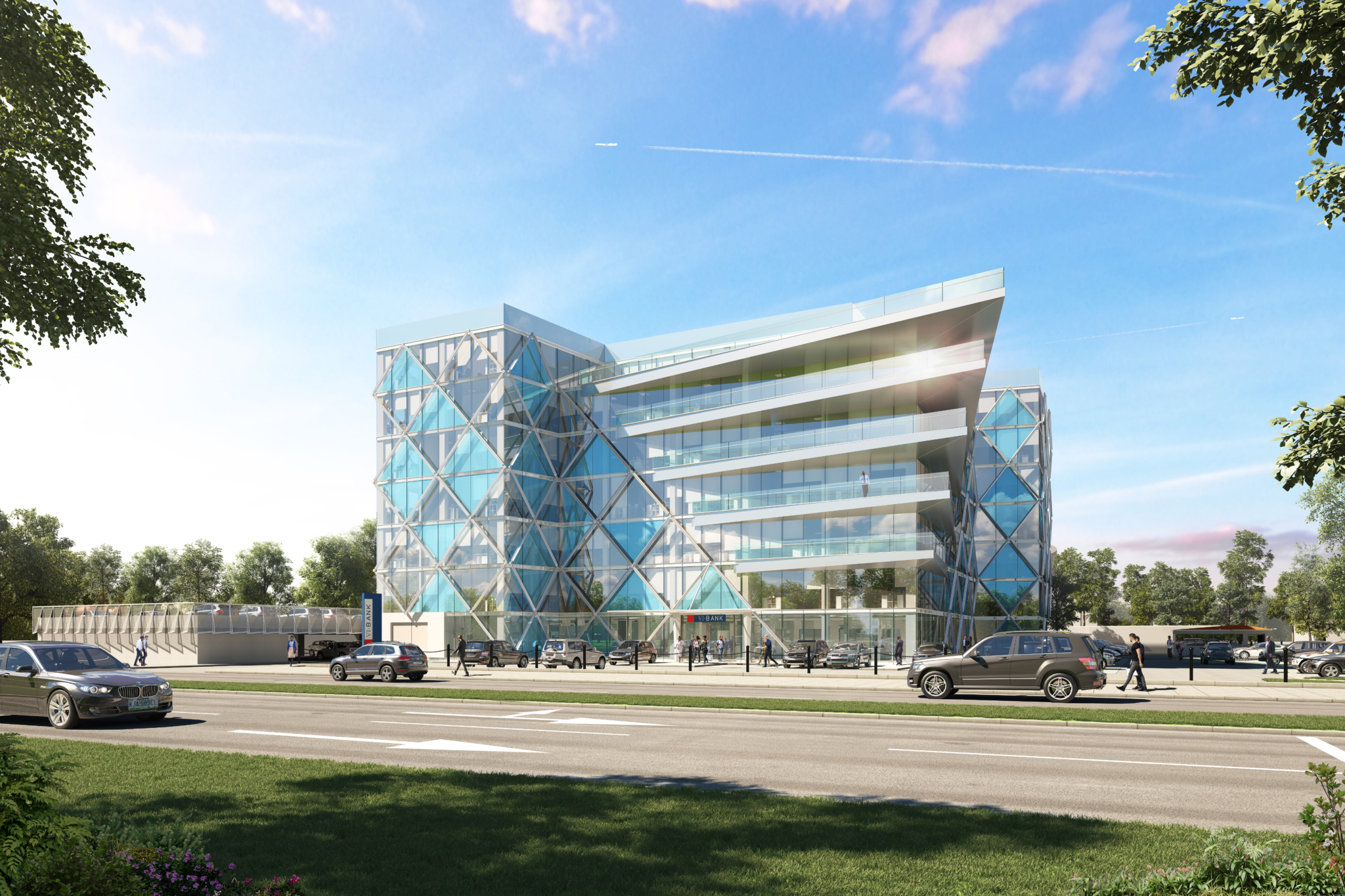 IMB Plaza, the iconic 5-floor structure designed by Inchscape.KI architects for International Merchant Bank in the mid-80s is currently being renovated.

The property was acquired and is being renovated by Green Eagle Realty who intend on retaining and enhancing the property’s iconic design. Chapman Taylor, UK based architects, put together the new design and Craneburg Construction will be acting as the main contractor. When completed, the property’s gross leasable area will grow by 62% to over 8,000sqm. Among others, the space will include ground floor space for a bank and leasable office space on floors above, each with separate access and parking.

Enabling work has begun to facilitate the reconstruction and renovation of a landmark office building in the Nigerian city of Lagos, the most populous city in Africa.

The Number One Lagos building, in the Victoria Island area, the city’s main business district, will see the former IMB Plaza building being transformed. The structure, with its distinctive, blue-glazed pyramidal form, has been a feature of the Lagos seafront since 1984, but had fallen into disrepair in recent years. The building required a revamp to remain viable as a commercial offer.

Chapman Taylor’s plan for our client, Green Eagle Realty, rationalises the floorplan and layout, and incorporates a new façade design. The interior façades in the reception area have also been improved. Commercially lettable floor space has been increased from 5,500m2 to 8,900m2 GLA.

The much-needed redesign will create a modern and flexible office environment in the dynamic and expanding commercial hub of Nigeria’s, and Africa’s, largest city. Chapman Taylor has designed the exterior restructuring and the CAT A office fit-out, along with the interior design of other areas of this striking office building.

Previous
Stack I in Denmark by Arcgency is a Temporary, Sustainable and Mobile Office Building made from Shipping Containers