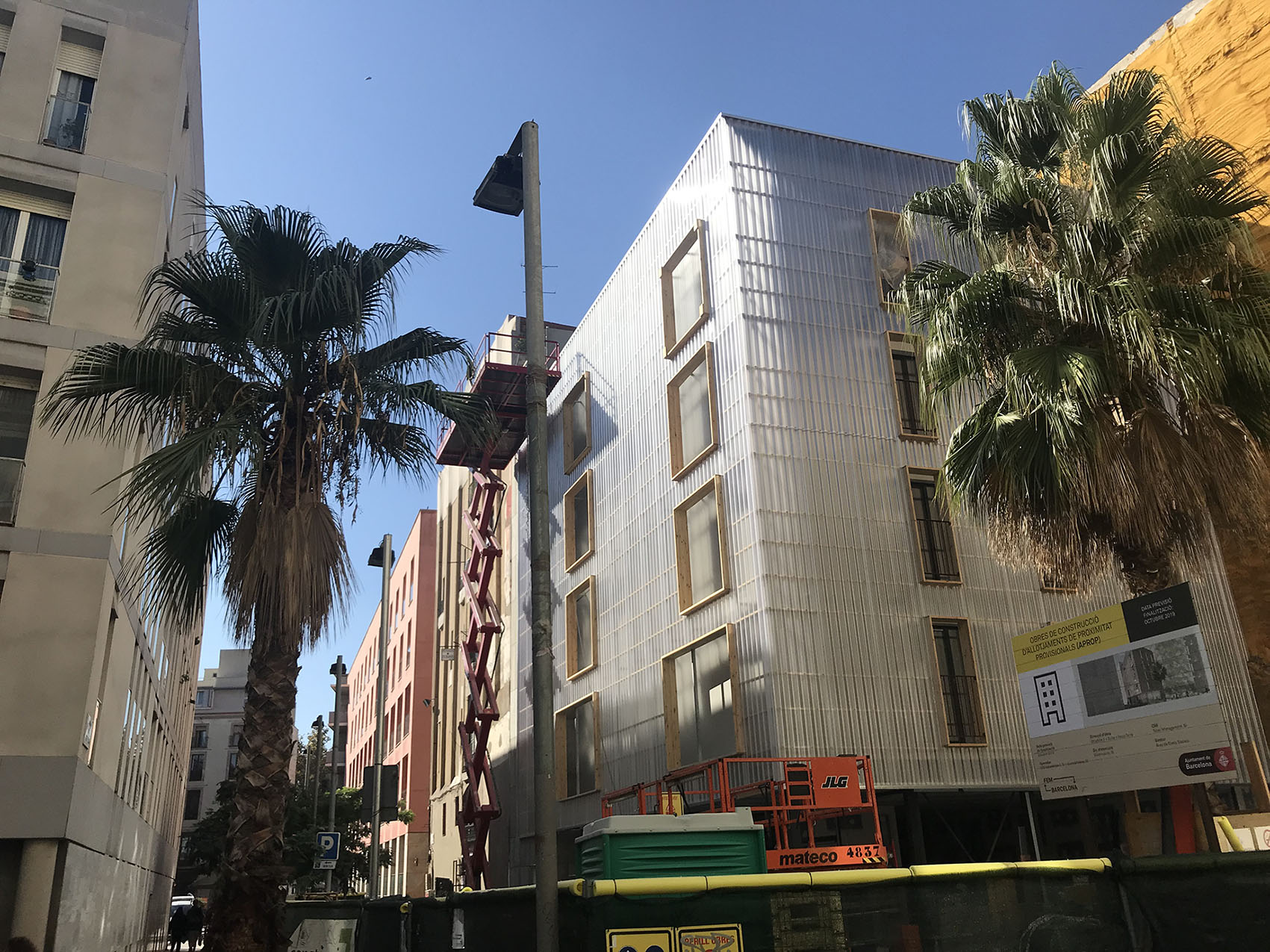 Inside the First Shipping Container Apartment Building in Barcelona, Spain

Designed by Barcelona-based design collective, Straddle3 in collaboration with Eulia Architecture and Spanish Architect Yaiza Terré, the first shipping container apartment building in Barcelona, Spain, is a modular, transportable and demountable scheme that allows for rapid mobilization of empty spaces in the city center for periods of five or more years.

The low-cost housing development is the first of planned APROP buildings (an acronym which stands for “local provisional housing” or Close Proximity Temporary Housing) – and is promoted by the Department of Social Rights of Barcelona City Council as an alternative model of emergency public housing in the heart of Barcelona city, promoting the right to housing and right to the city for its inhabitants, mostly affected by real estate pressure. The project seeks to face the complicated challenge of gentrification and housing shortage by deploying a strategy that responds in an agile, urgent and pragmatic way to these emergency situations. It can thus help to avoid the forced eviction of the residents for economic reasons.

The compact apartment building is made up sixteen re-purposed shipping containers prefabricated off-site, then assembled as a modular structure to create twelve apartments: four 60sqm two-bedroom units and eight 30sqm one-bedroom units. Each of the apartments face northeast and southeast, allowing for cross ventilation, while promoting solar uptake in cold seasons. Sound and heat insulation were taken especially into consideration with each of the units equipped with underfloor heating systems for optimum energy-cost efficiency.

The building is enveloped in a polycarbonate façade which is projected to respond to the alignments of the plot. This double skin serves as a separation between the external environment and the containers, providing a greenhouse effect. It also gives space for a small balcony and provides privacy. The nucleus of circulation is strategically placed in the dividing wall, solving the conflict with the neighboring building and guaranteeing access to all homes through walkways, with an adequate dimension to allow for other uses besides circulation. The ground floor is reserved for a primary health center as well as other communal uses and services to the neighborhood.

The construction process took a total of 7 months. 3 months were spent on the the offsite fitout in a workshop, while the final 4 months took place on the construction site after the container units had been delivered. Each of the bare containers cost between €1000 and €4000 each with the total project cost coming in at €940,000. In this project, the use of shipping containers as the core ‘building blocks’ offers an innovative formula for constructing homes quicker and more sustainably cutting waste by 58% and reducting CO2 emissions by 32%. Each of the units also have a AA energy rating meaning their energy consumption is four to six times lower than that of a conventional building of the same characteristics.

“In Spain, you still have these ideological debates over whether it’s ownership or rental we should (focus on) – you need to tackle both,”