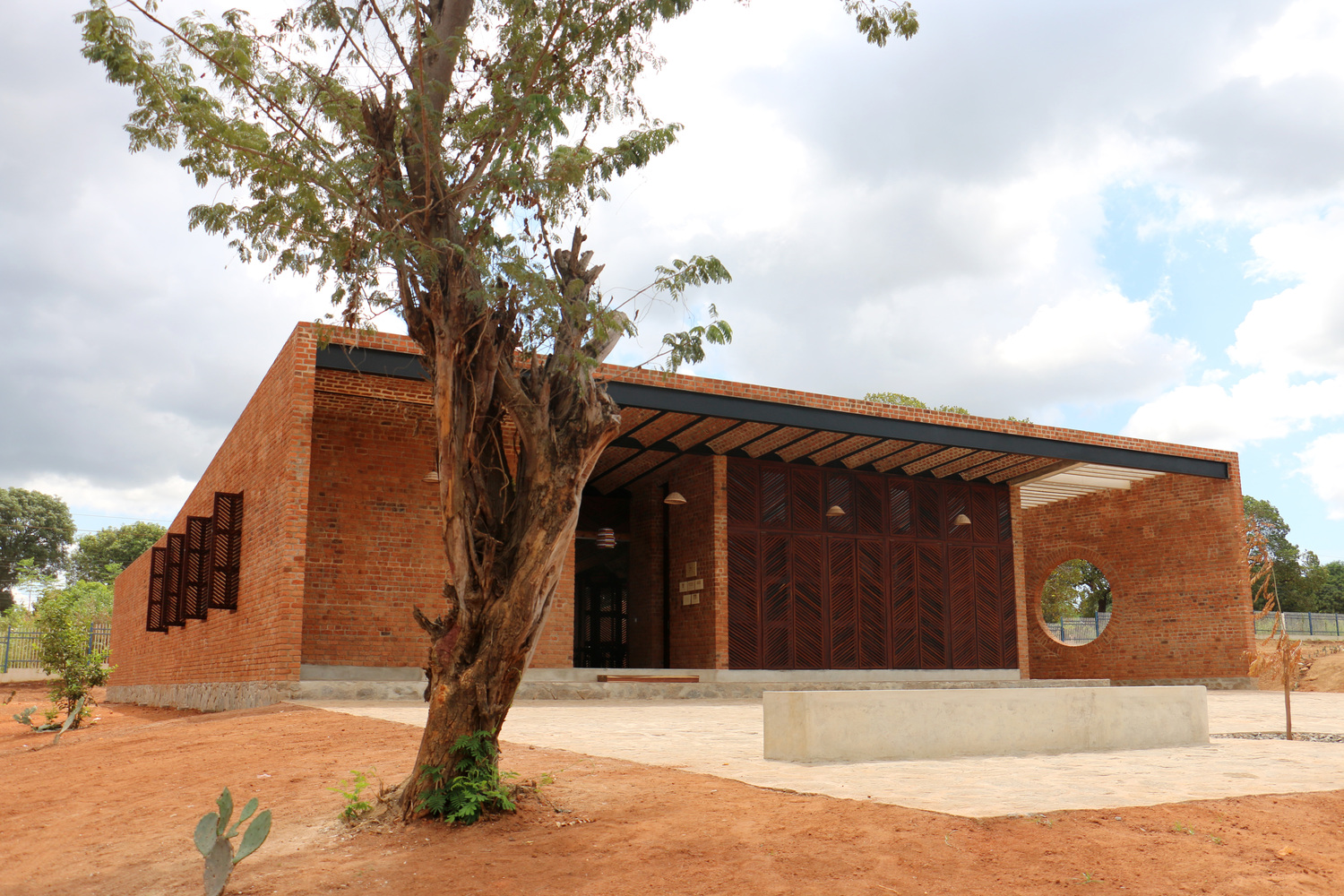 The use of the earth as a construction material was important to dignify a material that normally is considered a poor material.

From September 2018 to April 2019 architect João Boto Caeiro and his team RootStudio with the collaboration of architect Paz Braga worked on the design and monitoring of execution of an academy to be used by a non-profit organization – Girl Move, leading a new education model by empowering women in vulnerable contexts.

Girl Move delivers 3 main programs to about 1130 girls and women yearly, intervening when they are most at risk. BELIEVE, LEAD and CHANGE give girl’s access to opportunities to be leaders of reference and agents of positive change. Girl Move was working between two buildings in Nampula, without all requirements necessary to best train the girls reached by the programs.

The theme proposed by Girl Move was an academy (on a local partner University campus, within the community, with whom Girl Move has collaborated the longest – since 2013) with enough room to operate but specially to deliver the training of excellence and dynamics, Girl Move is recognized for. Beyond functionality, the building had to live up to the purpose of inspiring others, providing a new reference: innovation, sustainability and valuing local resources and knowledge. This project was developed to expose the social impact of Girl Move Academy’s programs.

The building has the aim to be a symbol of women ́s leadership and reference to the world, and a center for knowledge creation, where disruptive ideas and visions can be embraced and discussed openly. The architects had the challenge to transfer that vision into a real building.

Compact Housing in the Informal Settlements of Maputo, Mozambique by Casas Melhoradas

The project deeply impacted the local community, the extended community and Lúrio University. 85% of the build was made with brick, produced in site with the traditional techniques. Students and local neighbors were invited to participate in the building process, so the knowledge was shared. The use of the earth as a construction material was important to dignify a material that normally is considered a poor material. The project had a great impact in the community, in the University and even in the region of Nampula.

Previous
Must Watch: The Netflix Architecture/Design Documentary on Bjarke Ingels