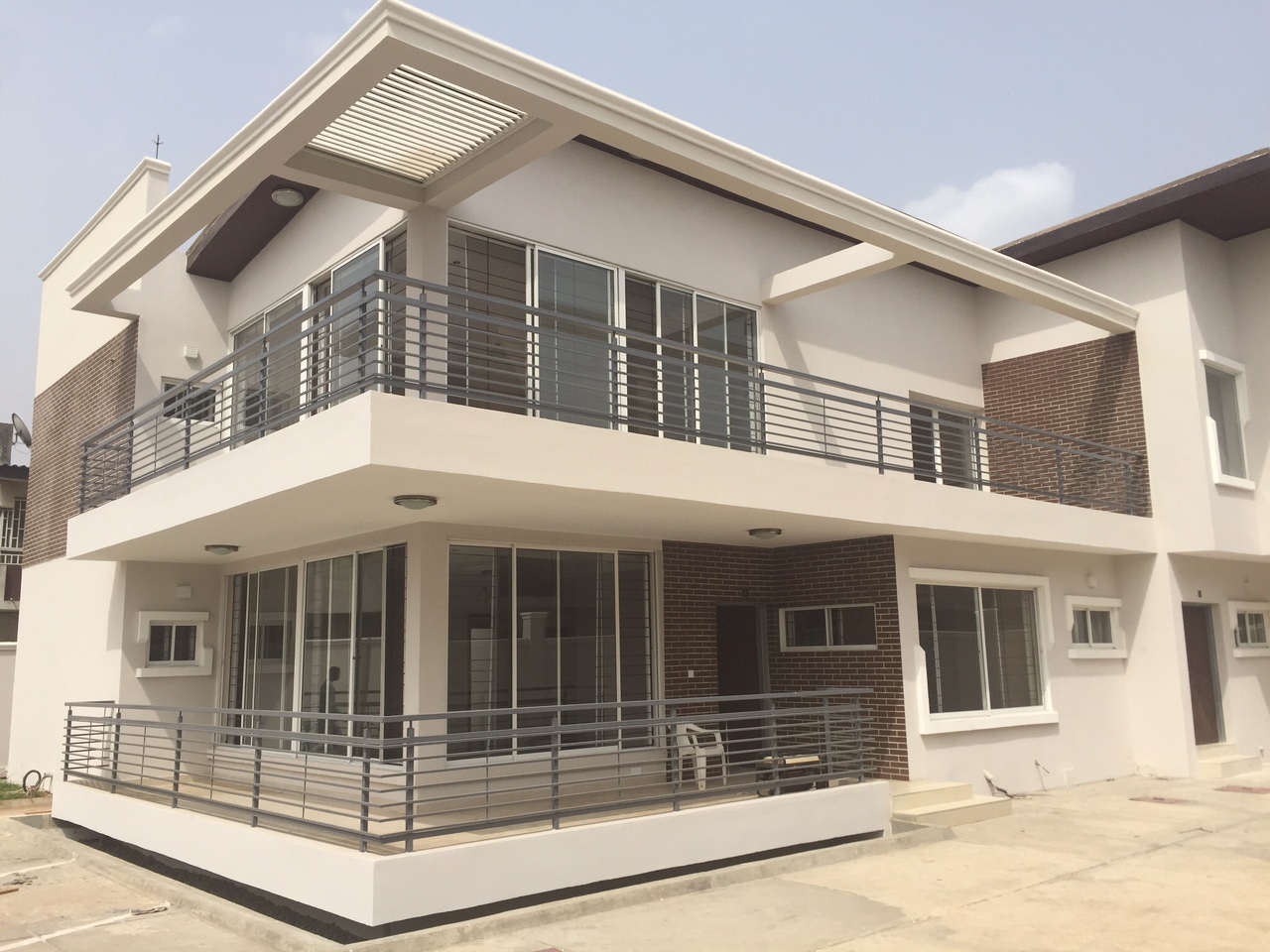 A fusion of the contemporary Nigerian residential style and modernist architecture, give a fairly apt description of the Gbagada apartments by Lagos-based Studio Stoone Designs.

Located within a gated estate in Gbagada, mainland Lagos, the fully serviced development comprises two and three bedroom apartments with maids quarters. It sits on a narrow and long site sandwiched between two roads. The first- a private road into a private estate, and the second – a busy road cutting through Gbagada high street.

The initial proposal offered a scheme of two apartment blocks, one to face each road, but this was disapproved by planning authorities. The next proposal offered a more engaging solution. The idea was to frame and encapsulate the views on both roads within a singular structure. The structure would also seemingly float off the ground, a nod to the water logged state of the site originally. The result of these idea is a building that wears a familiar aesthetic if you’re conversant with residential architecture in urban Nigeria (predominantly Lagos) but equally offers a refreshing feature in form of large terraces that wrap around the apartments. Large floor-to-ceiling doors help frame the aforementioned views while ensuring a bright and airy interior. The terrace aids in shading the prominent fenestration also offering a fairly large space to relax and enjoy the outdoors. Its a fine example of residential design responding to and making the best of site constraints.