The Pavilion was designed to consciously fuse cultural references from his home town of Gando Burkina Faso with what has been described as “experimental construction techniques”. His hope is that the pavilion will act as a “social condenser’ of sorts, standing as “a beacon of light and a symbol of storytelling and togetherness”. You can read more about the inspiration and concept of his pavilion design in our previous feature.

A large wooden roof, supported by a concealed steel frame, has been sculpted to mimic the canopy of a tree. Four thresholds lead into a central open courtyard, in which fresh air can circulate freely. The roof, while sheltering visitors from London’s summer heat (and, fortunately, from summer rain) can, in case of rain, funnel water toward an oculus “that collects on the roof into a spectacular waterfall,” before being passed through a drainage system in the floor “for later use in irrigating the nearby parkland.”

Here’s a look at the pavilion through the lens of UK-based, architectural photographer and film maker, Jim Stephenson. 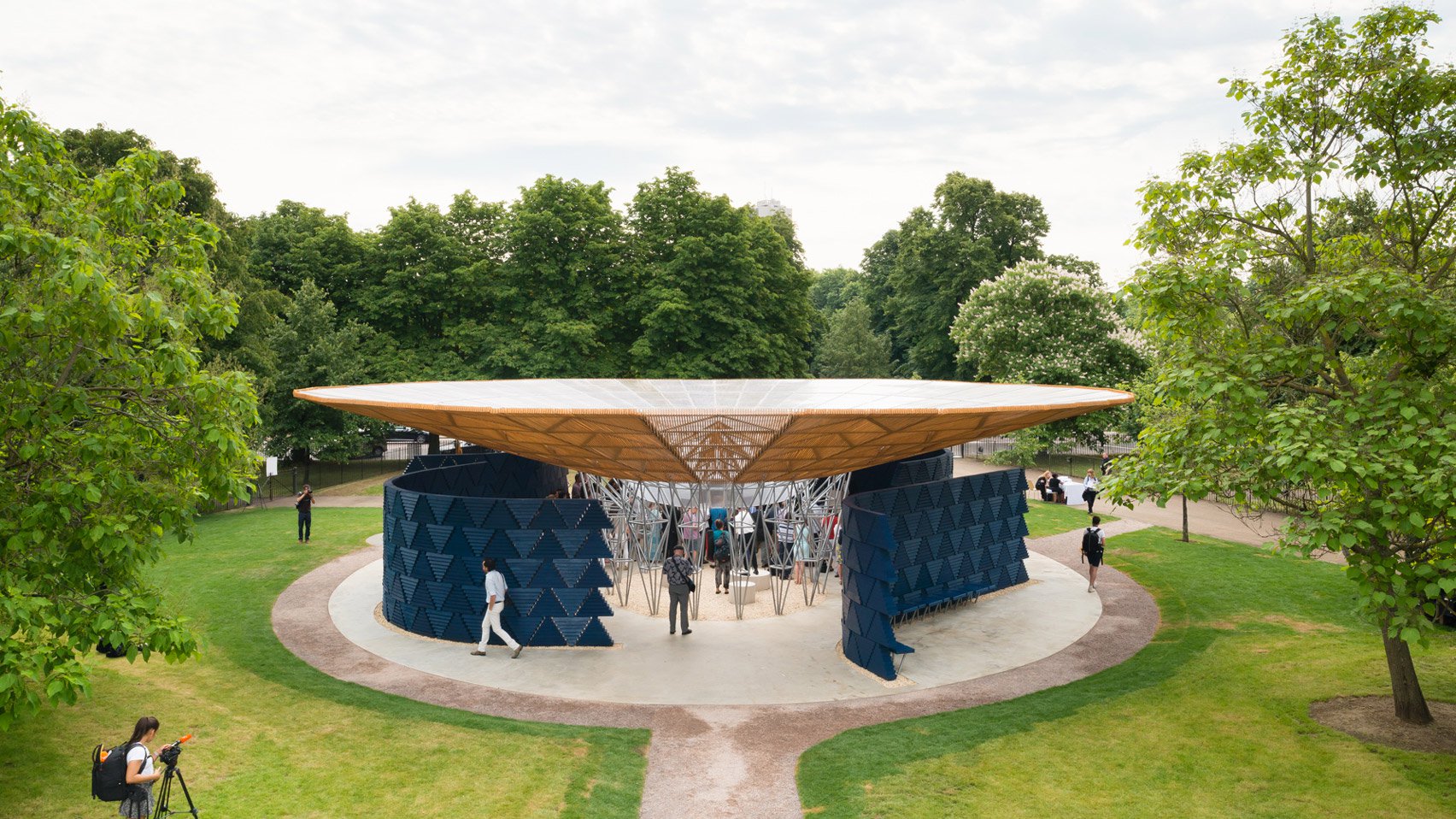 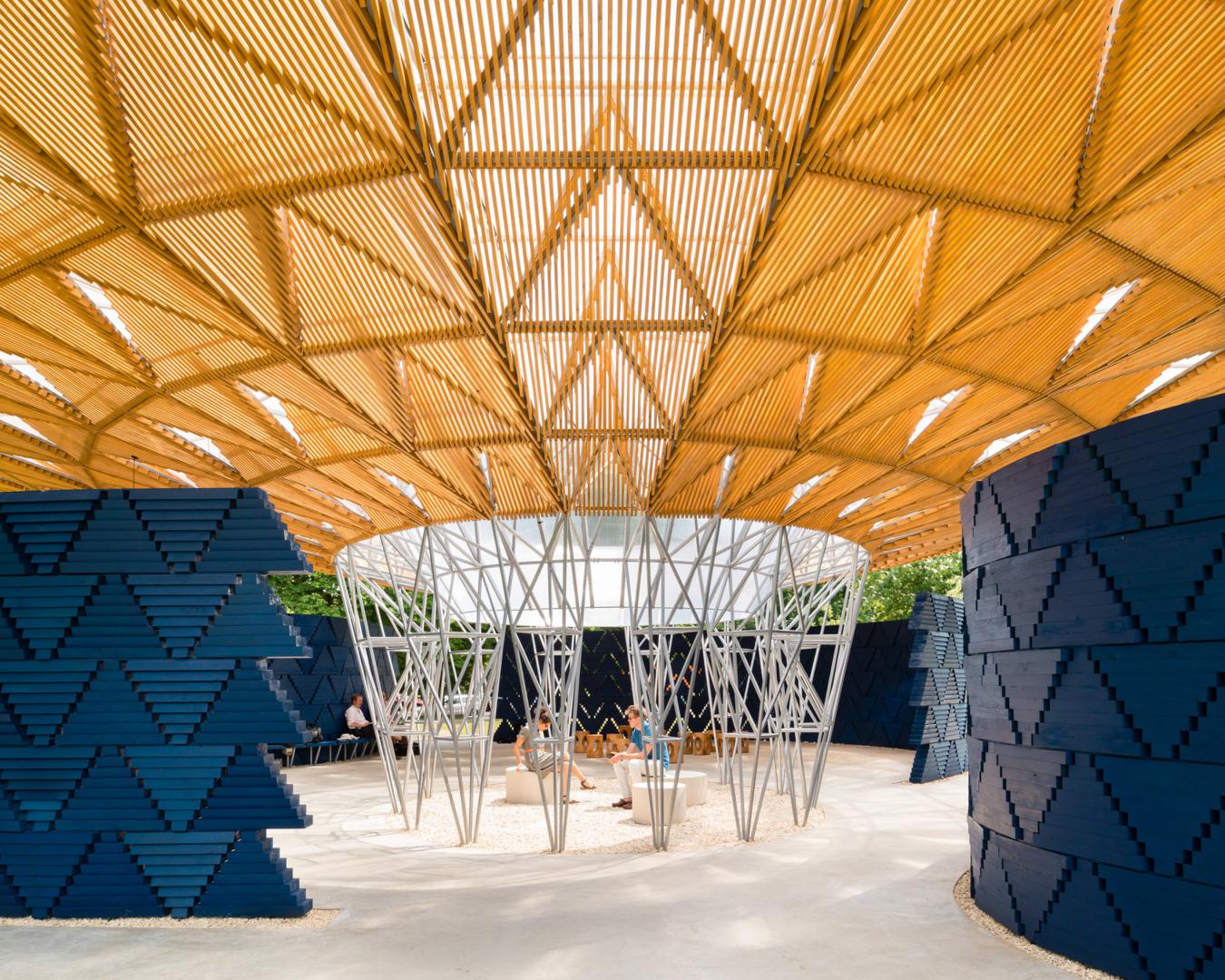 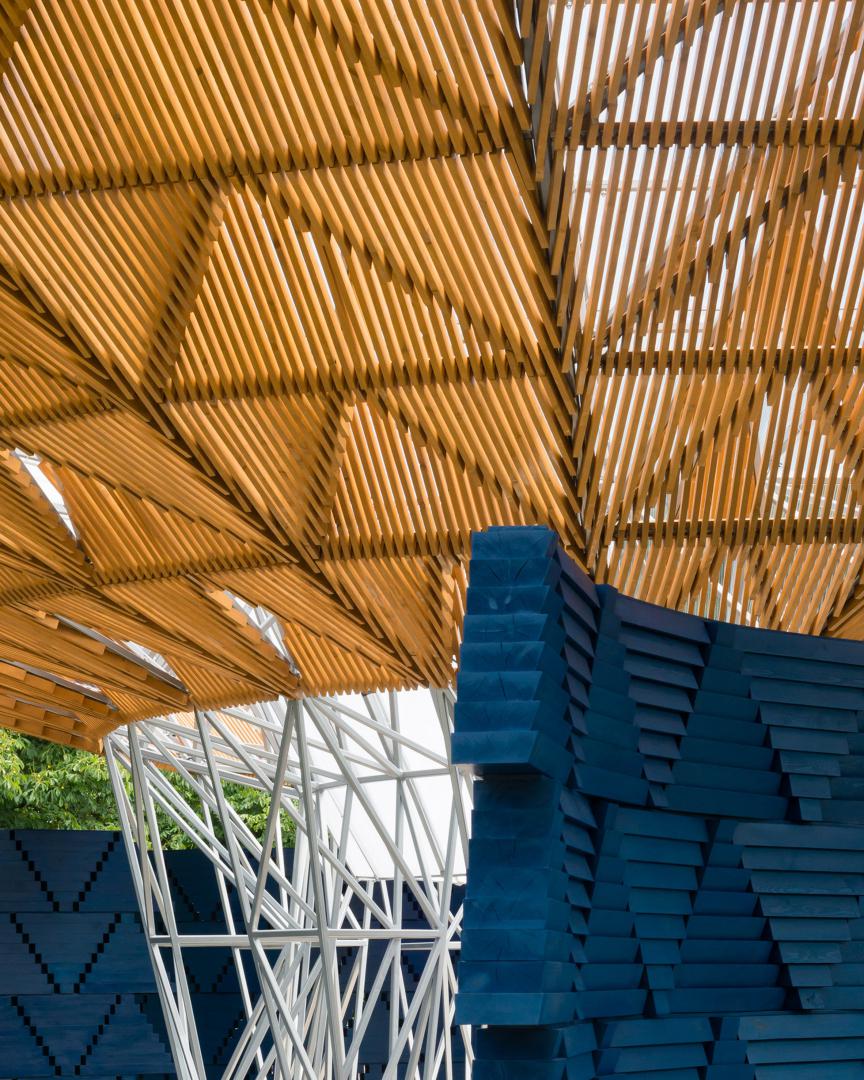 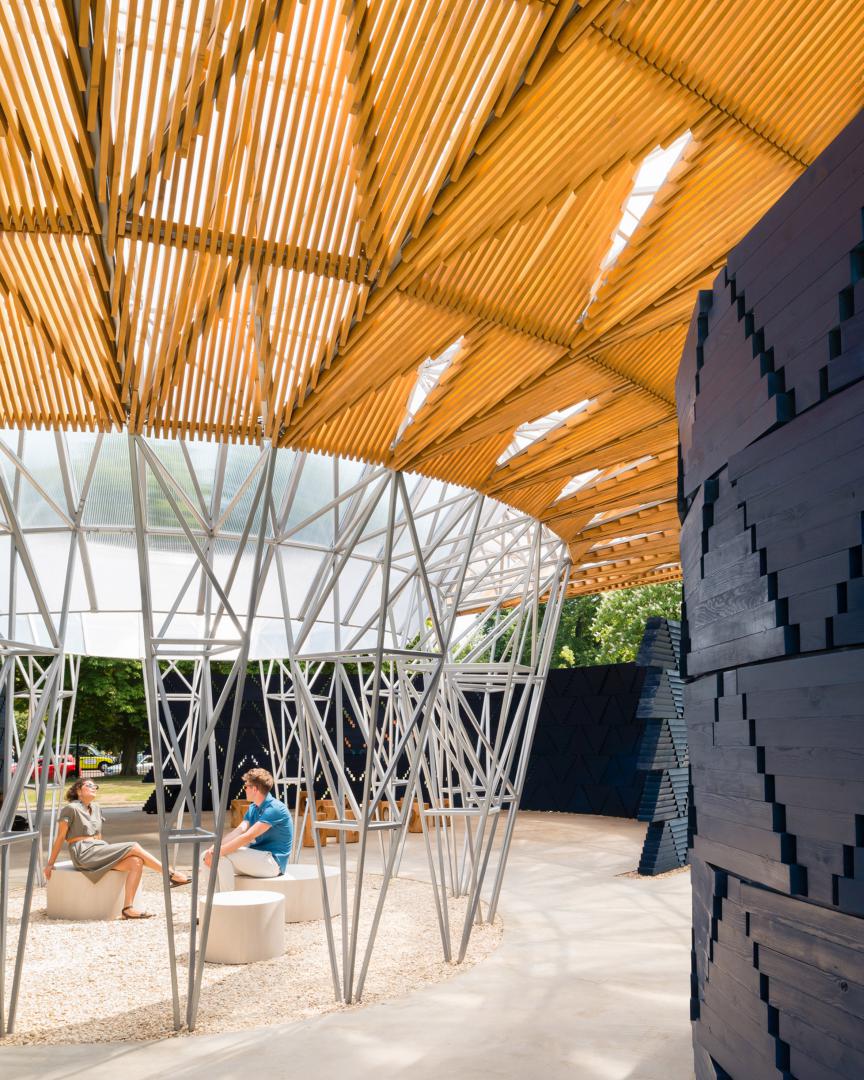 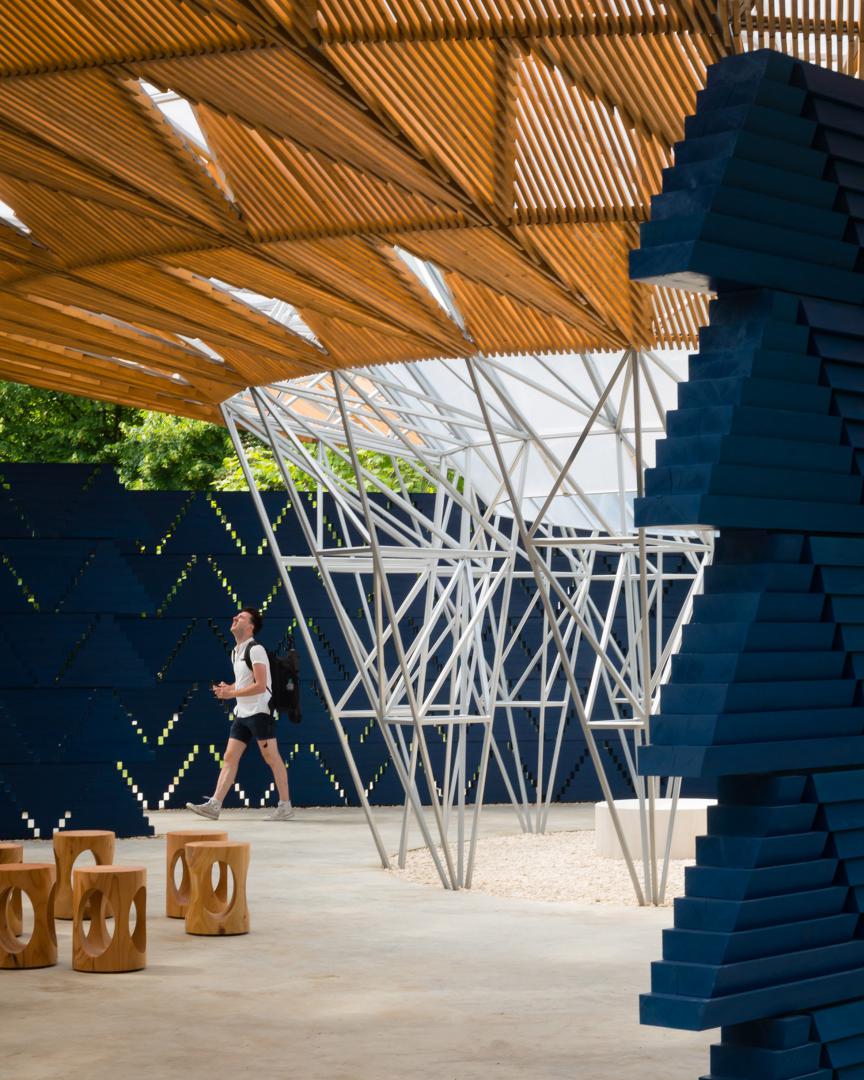 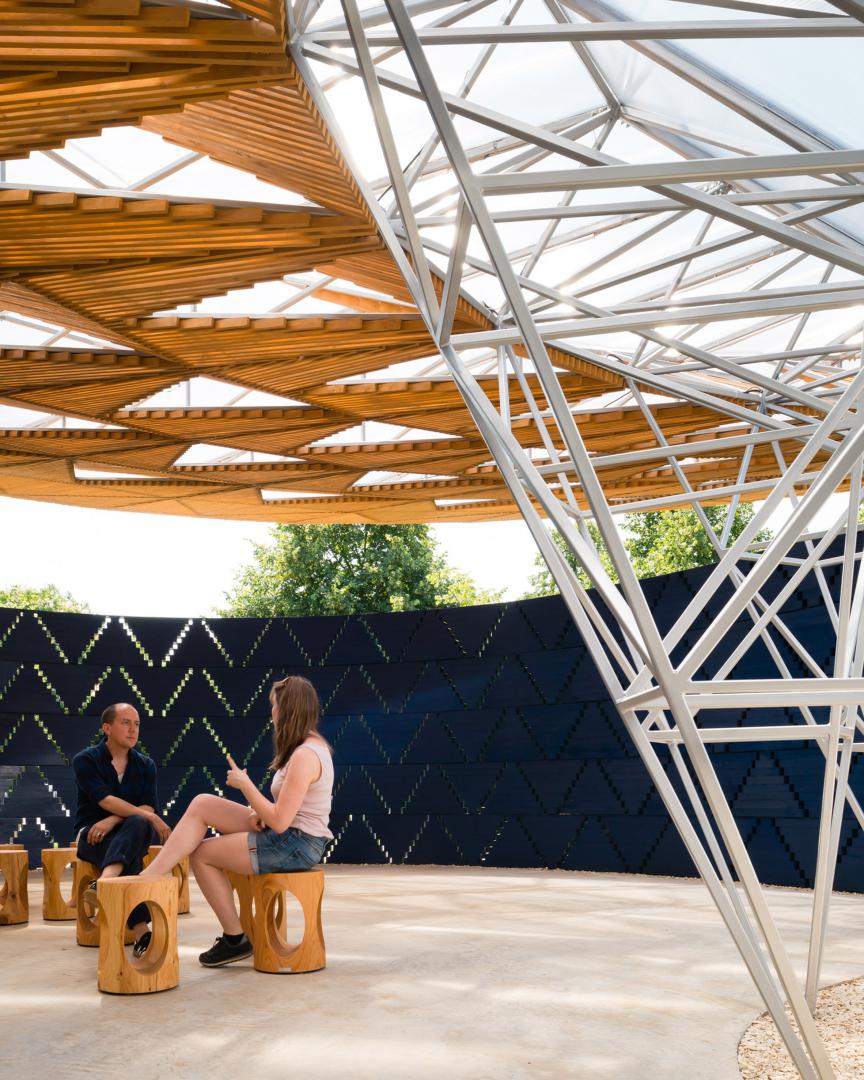 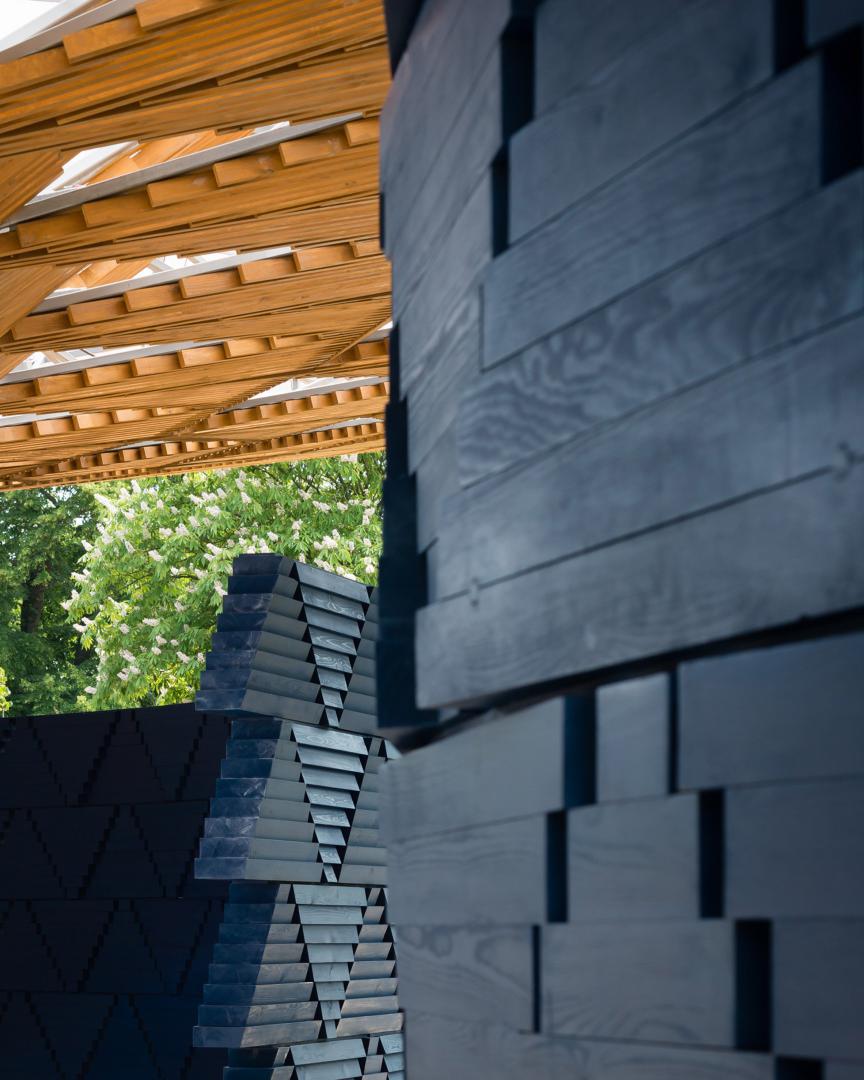 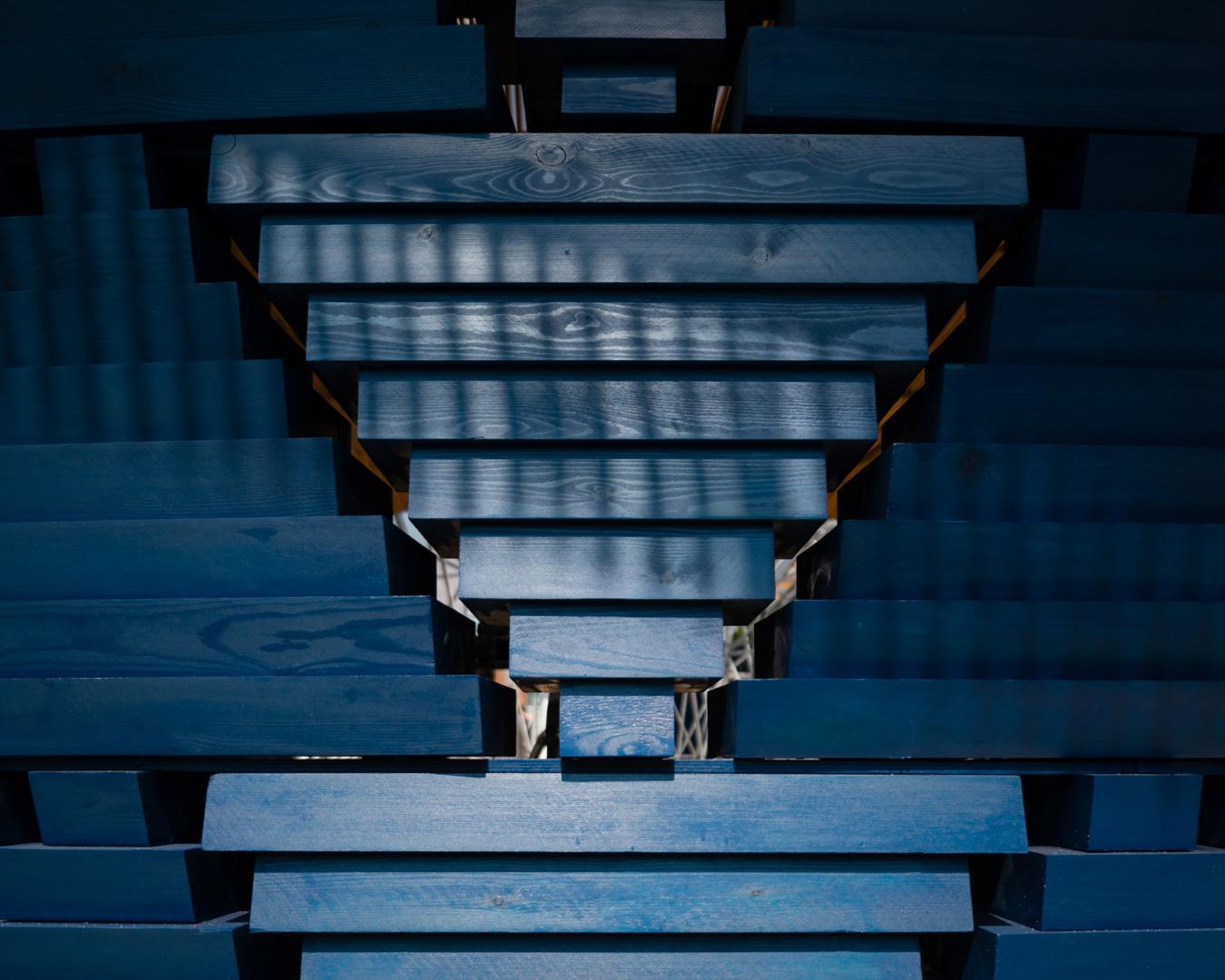 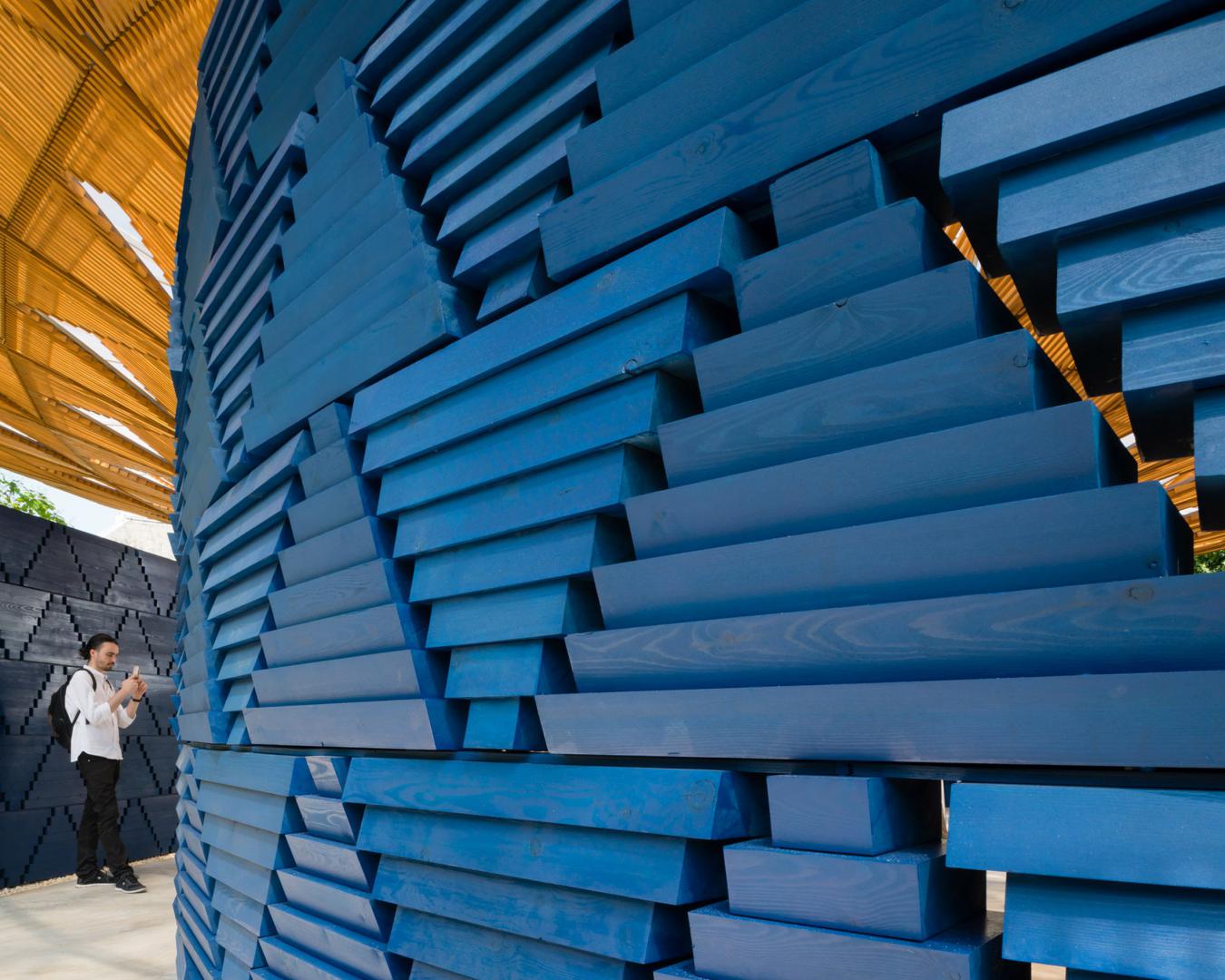 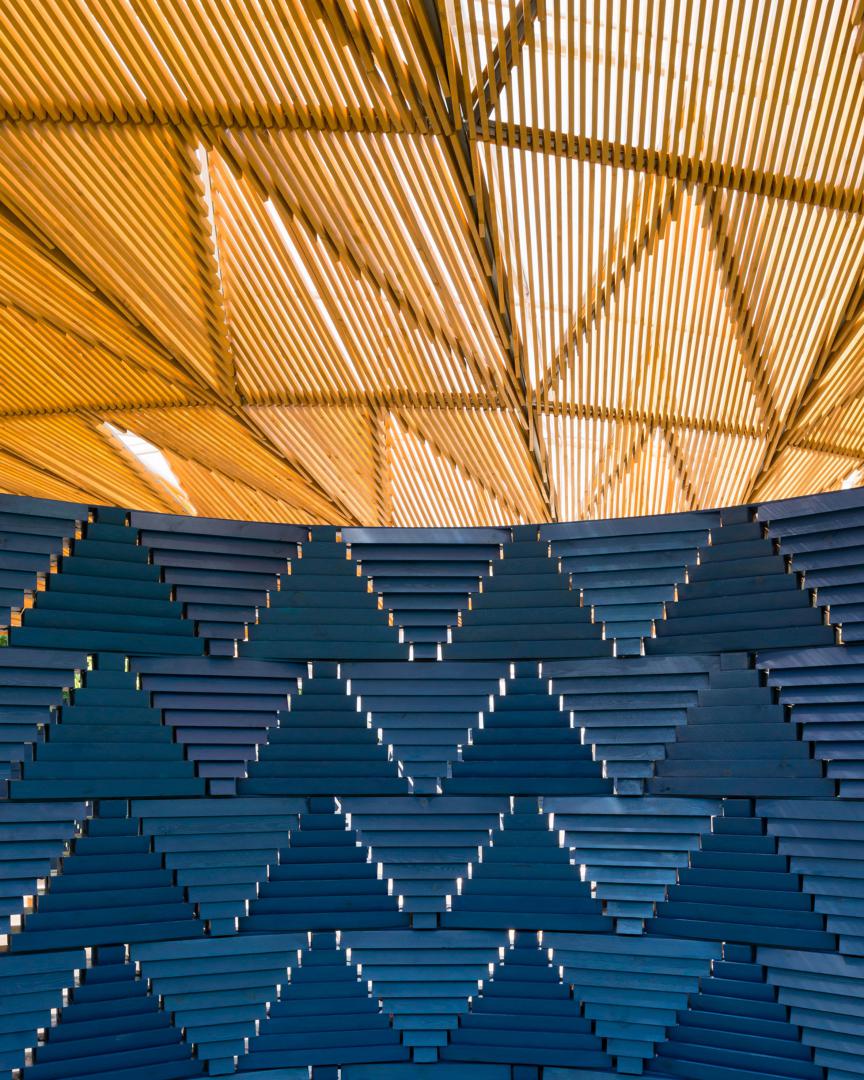 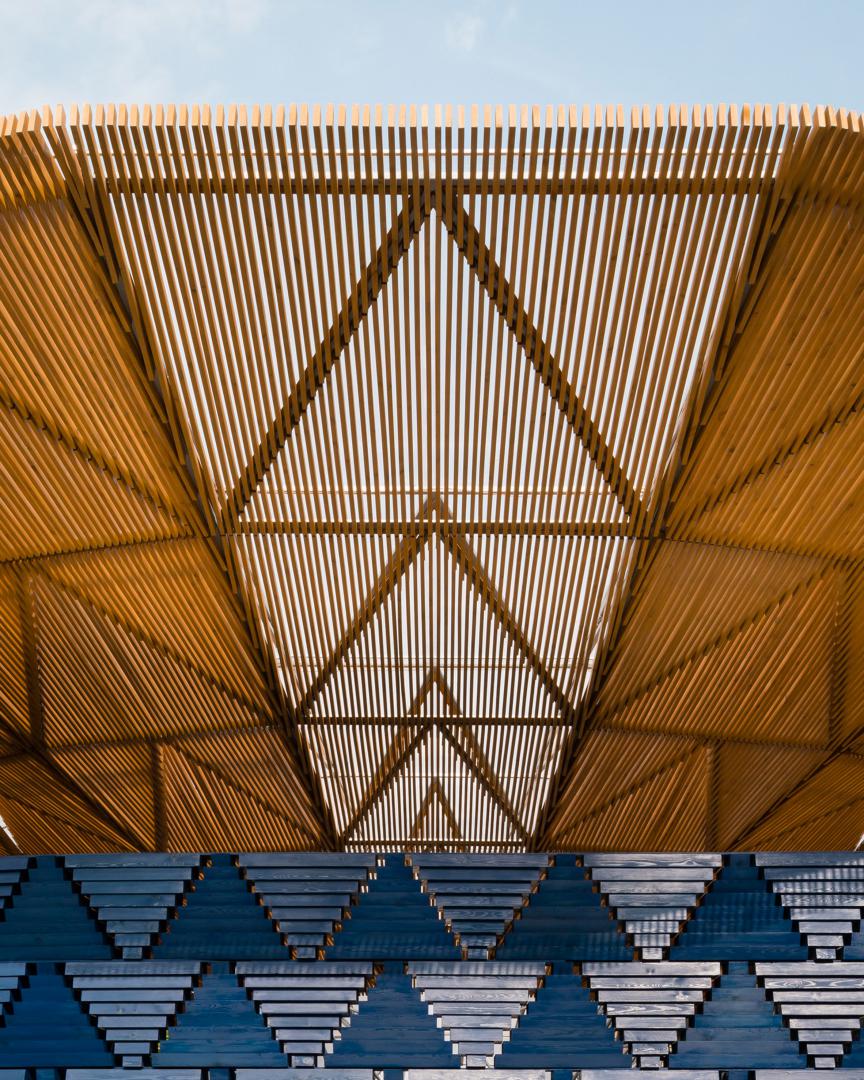 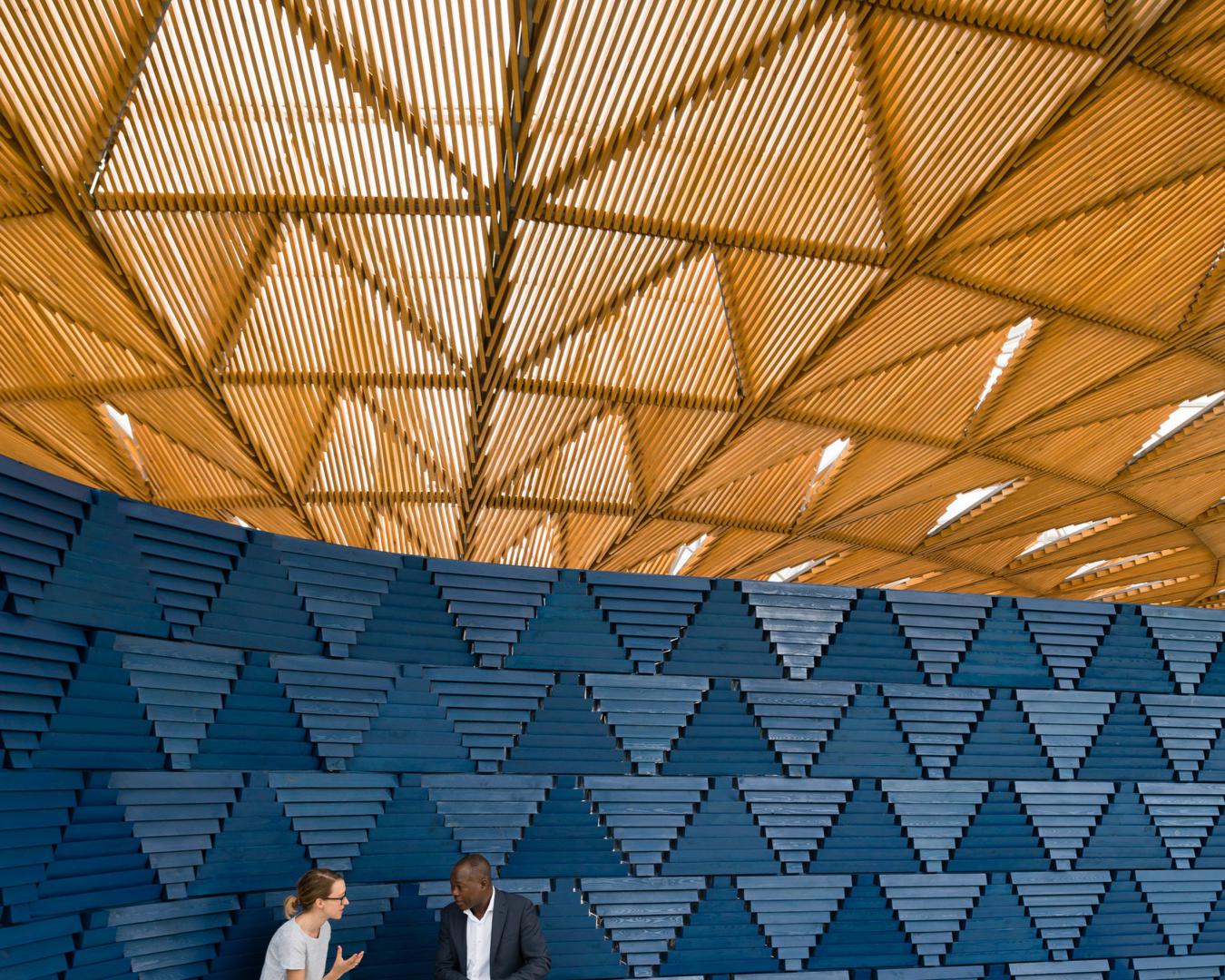 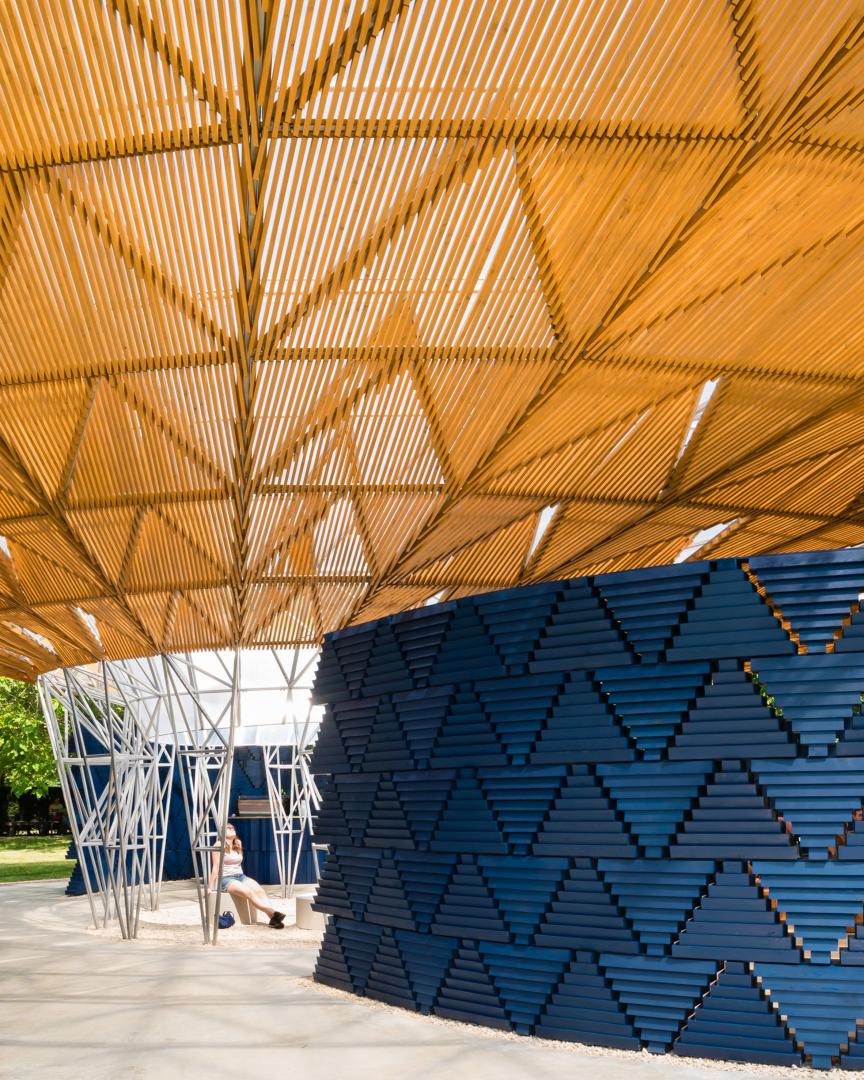 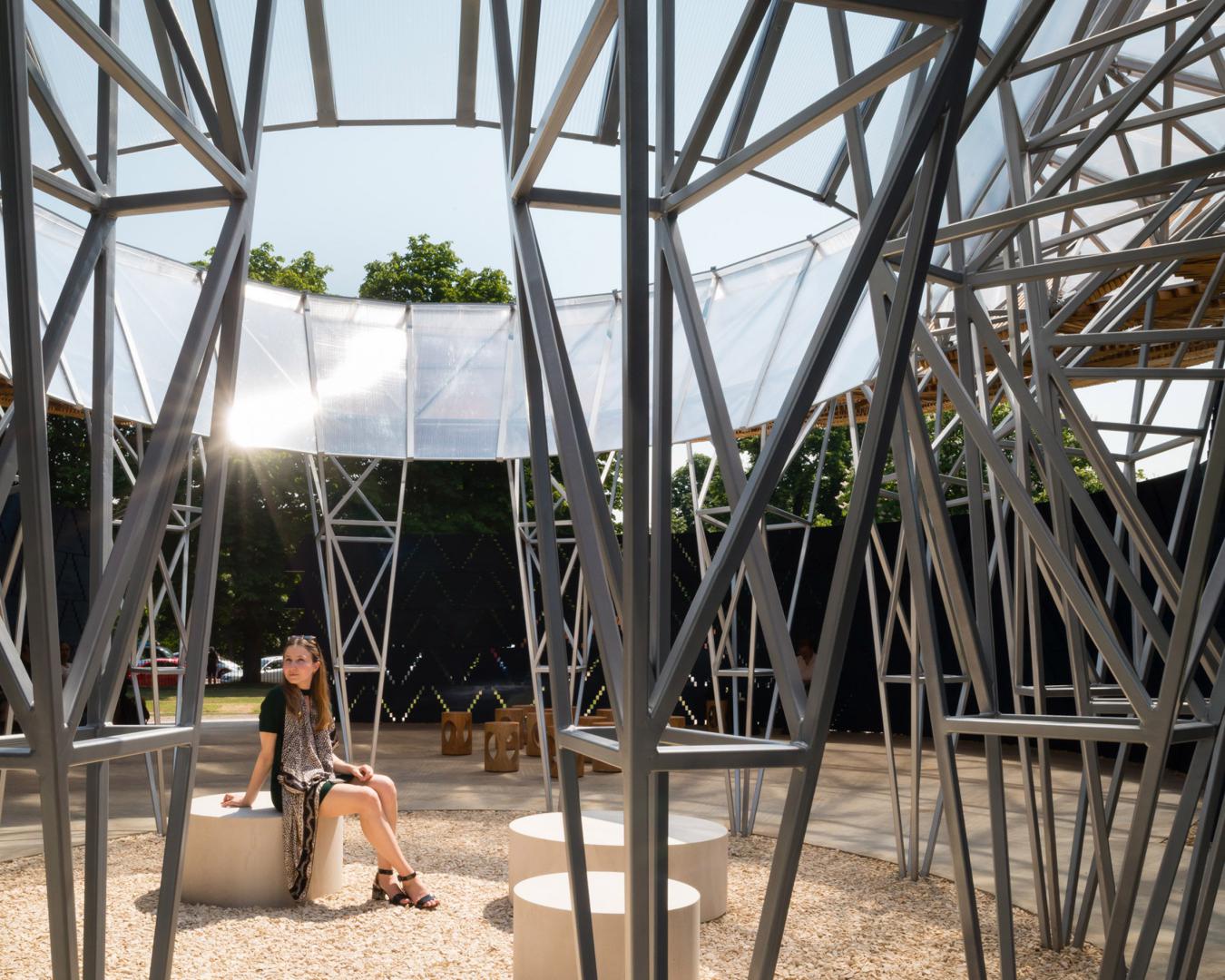 Next
Ideas For Creative, Functional and Modern Walkways and Paths