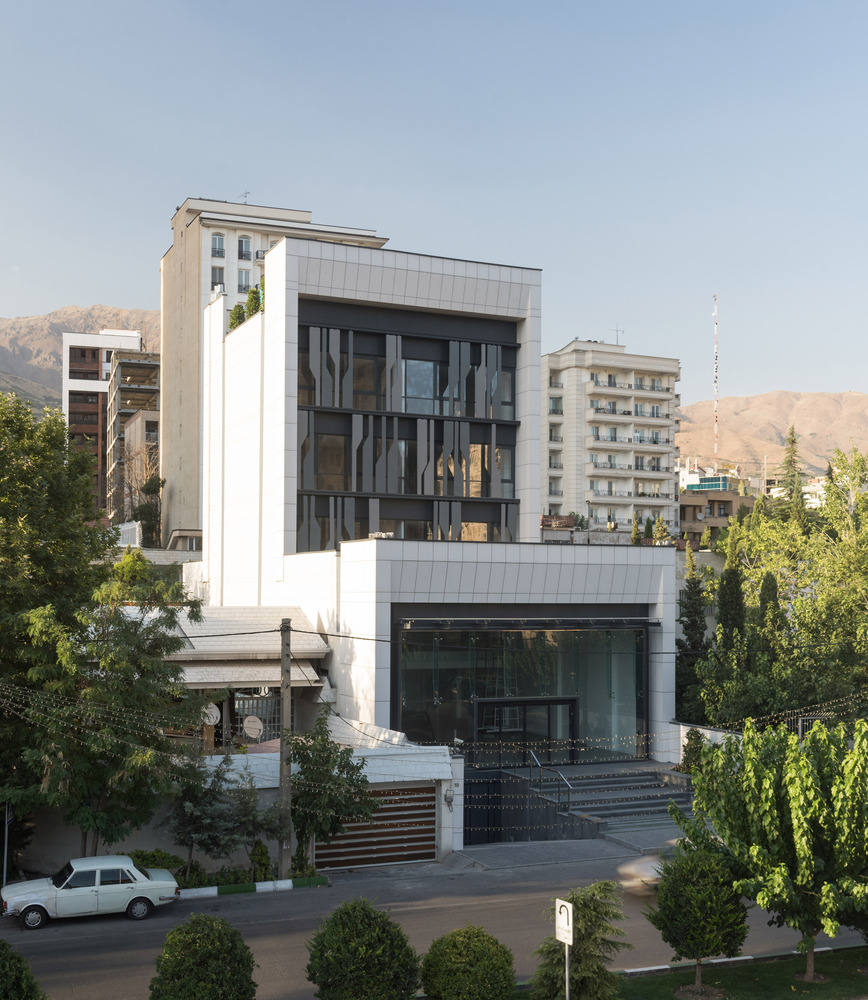 The status of the project was formed in the context of one of the main streets of Tehran in terms of administrative and commercial function.

One of the project design concerns was developing a balance between the façade of business floor and the administrative floors, as well as attention to the urban context and the different and green nature of this area from the city of Tehran. For as much as the high value of commercial property in this area of Tehran and in order to maximize the area and peak visibility, the entire front of the building main thoroughfare was designated for the commercial unit and at the back of the building, the administrative entrance lobby was dedicated to the administrative floors with a separate access. Considering the design of two units with approximately same areas in each floor, the layout of the staircase and elevator was prepared so that, each unit has both a south-facing and a north-facing brightness and view.

The distinct uses in the building required the types of cooling and heating system to be completely separated. With this presupposition and after consulting with the respective advisers, the cooling system of the complex was characterized by a combination of compression air chillers and the heating system by a central heating engine.

Regarding the design of the project, considering the use of the commercial space on the ground floor and the urgent need for transparency and maintaining the continuity of visibility from the inside to out and vice versa, it was decided that this transparency extends to the office floors, hence the main façade of the project was formed by broad windows surrounded by perimeter frames. Considering the wide casement frames on the south side of the office units and the amount of lightning, and considering the intensity of the penetration of sunlight into the units, it was tried to use sectioned aluminum plates to adjust the light and create shading, as well as diversifying the interior spaces. These plates are movable and can be relocated to reduce both the sunshine in the daytime and considering its shading ability to make it a pleasant and diverse atmosphere for users.