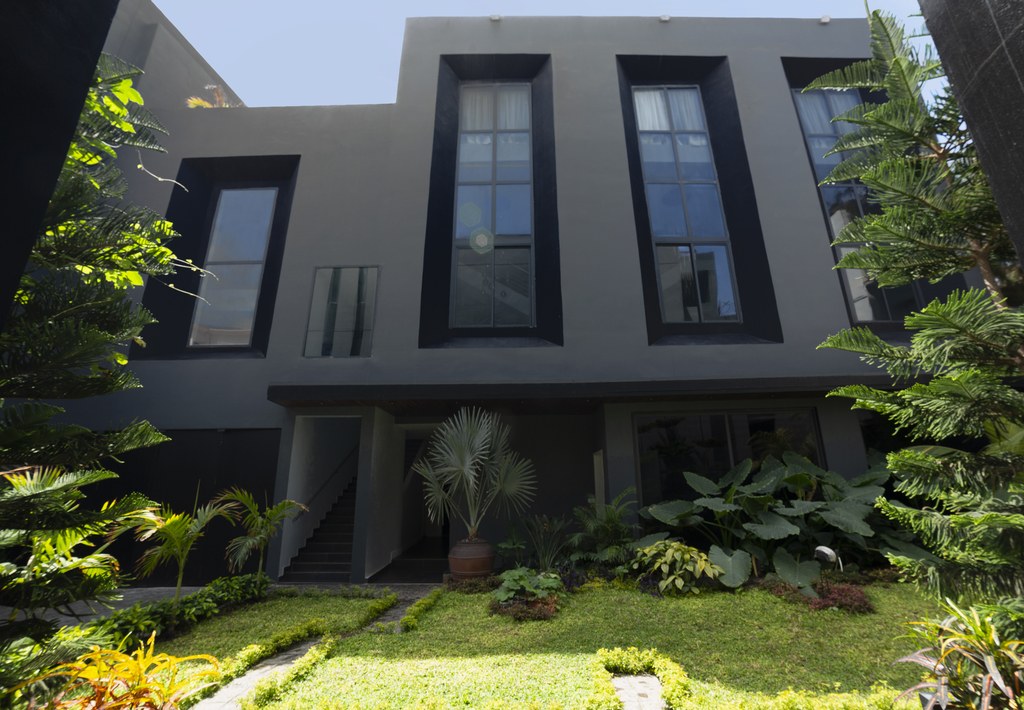 Black Rock Senegal is a Vibrant New Artist Residency in Dakar by Kehinde Wiley in collaboration with Abib Djenne.

Black Rock Senegal is a multi-disciplinary residency program developed by Nigerian-American artist Kehinde Wiley that brings together an international group of artists at his studio on the westernmost point of the coast of Africa.

The artist retreat, which opened its doors last month, was designed by Senegalese architect Abib Djenne, with interiors by Senegalese designer Aissa Dione in collaboration with Fatiya Djenne (the architect’s daughter), and Kehinde Wiley himself. The Black Rock Senegal property includes a residence and studio space for Wiley along with three single-occupancy residency apartments with adjacent studio spaces.

“The concept for Black Rock is based on nature, the visual and sensory environment, namely the Ngor seaside setting with its black volcanic rocks,….The architecture is minimal because it is dominated by the environment, which is very strong. I had to be very discreet.”

The compound comprises of two slate-gray buildings separated by a tropical garden filled with coconut palms, elephant ears, and Petra crotons, along with a stone-wall fountain that trickles down into a koi pond. The main house, with its wall of windows, covers over 370 sqm and contains Mr. Wiley’s personal studio as well as a gym, infinity pool, steam room and sauna. The residency for the artists is 185 sqm building situated next door.

One of the most prominent features of the development are the sleek, 6m high, front doors that lead into the main house, which are made from Cameroonian Amazakoue wood. The location of the doors is also notable as they face away from the infamous “point of no return” from where slaves were shipped to the Americas, and now serves as a “point of return”, celebrating the relevance of what Black Rock Senegal represents.

Kehinde Wiley also has a Lagos studio planned for which he is said to be working with Ghanaian British architect David Adjaye on the design.