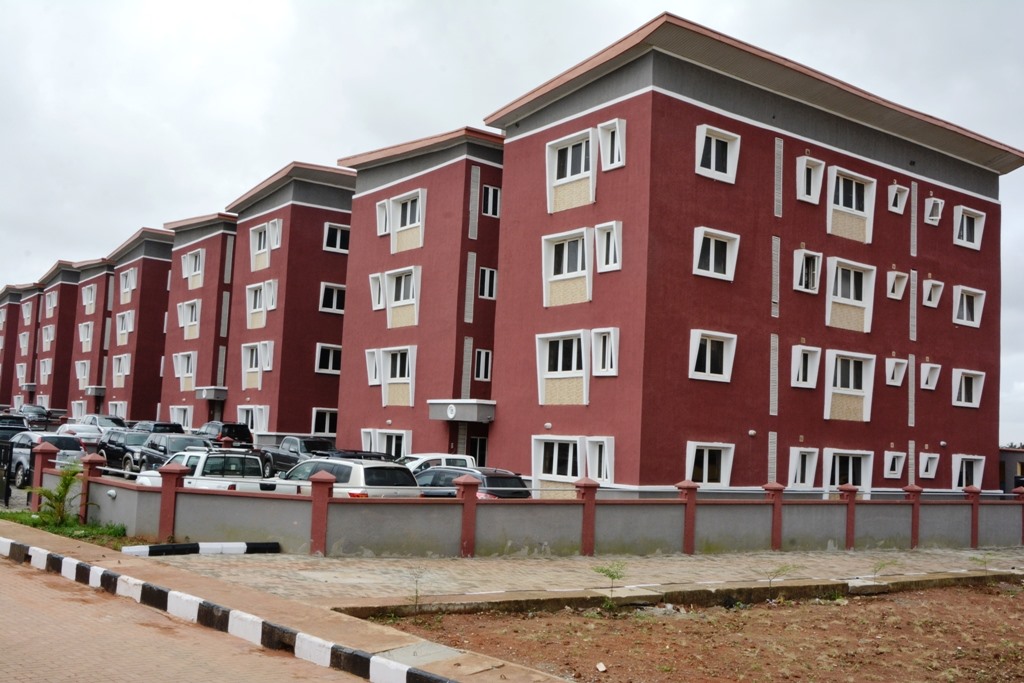 Located in Igando, a densely populated suburb in Alimosho area of Lagos, the newly commissioned Lateef Kayode Jakande Garden Estate comprises 492 apartments and is named after an elder statesman and the first civilian Governor of Lagos, Alhaji Lateef Jakande.

The estate which was inaugurated on Wednesday by the Lagos State Governor Babajide Sanwo-Olu, is yet another step towards reducing the state’s housing deficit with housing models that harness limited space and provides safe homes for the citizens.

The project, which started in 2012 under the Home Ownership Scheme of the administration of former Governor Babatunde Fashola, will offer much needed housing to the Igando area, and marks the completion of a long awaited and critical project for the state.

“Today, history is being made as we commission a housing estate named after an icon, a role model and the first Executive Governor of Lagos State, Alhaji Lateef Jakande. Among his many sterling achievements, Alhaji Jakande’s indelible legacy in the provision of mass housing in Lagos still remains our guiding light…..I am excited today because, within 100 days, this is the third time I am coming to this facility to ensure it is delivered and put into use. With the completion of the Estate, we have prevented government’s resources from being wasted.”

For the State to turn around its deficit and attain 21st Century economy, the Governor said there was need to explore innovation and partnership with private investors to bridge the housing deficit.

“One of the key strategies we will embrace is a global housing policy in which people can become home owners through an inclusive and convenient financing system based on their incomes. This policy, along with outright purchase of houses built by government, will support a sustainable system in which homes are consistently made available to a larger number of our people.”

In his speech, Commissioner for Housing, Hon. Moruf Akinderu-Fatai, said the Government would deliver additional 1,250 home in different parts of the state within the next six months.

“Today’s inauguration of Jakande Garden Estate is the beginning of other housing projects coming. With sense of determination and unequivocal commitment to serve the public cause, we will like to assure Lagosians that, in the next six months, we shall work hard through proper planning and judicious execution to conclude the ongoing housing schemes in Igbogbo, Sangotedo, Iponri, Gbagada and Omole. This will add a total of 1250 homes to the existing figure.”

Previous
How Shelter Afrique is Driving Affordable Housing across Africa.