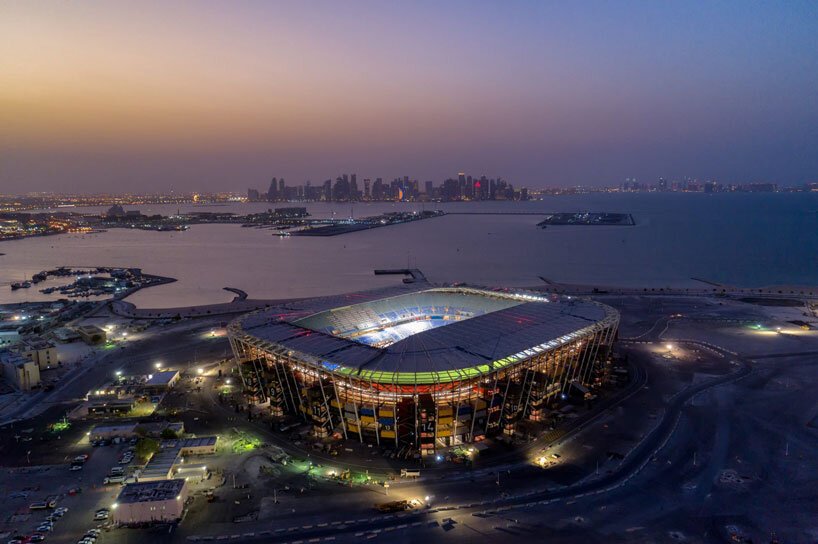 How Stadium 974, the First Temporary World Cup Stadium, Will be Re-Used.

As reported by BBC Sport, The World Cup’s first temporary stadium will soon be dismantled after hosting seven matches in two weeks at Qatar 2022.

Stadium 974 – named after Qatar’s international dialing code and the number of shipping containers used in its construction – was one of seven grounds built for the tournament, while an eighth was extensively redeveloped. The entire steel structure of Stadium 974 can be repurposed for another World Cup or major sporting event as either a venue of the same size or several smaller facilities. Qatar called the stadium its “beacon of sustainability” as part of its pledge to deliver the first carbon neutral World Cup.

Stadium 974 will be used for a fashion show and concerts in the coming days with a Qatar 2022 organising committee spokesperson saying the “precise timeline for the full dismantling and repurposing” is not yet finalised.

So how sustainable is the Stadium 974 project? And where and when will the stadium be reused?

The 44,089-capacity Stadium 974 – on Doha’s waterfront – features a modular steel frame and multicolored shipping containers, which can be seen from outside the stadium and house toilets and food and drink stalls. It was the only stadium built for the World Cup without air conditioning, so hosted only evening matches.

The use of shipping containers and recycled steel helped reduce waste generated and construction time compared to the other new venues. Qatar and designers Fenwick Iribarren Architects said they aimed to avoid building a “white elephant” – a venue unused or rarely used after a tournament, as has proven the case following the three previous World Cups in Russia, Brazil and South Africa.

A report into Stadium 974 commissioned by Fifa and delivered by emission reduction experts also pointed to that benefit, and added it could allow stadiums to be built in more central and “easily accessible” locations, reducing “intra-city fan travel” during tournaments.

Organisers have also said they will donate 170,000 seats from other stadiums to developing countries to try to make them more sustainable and avoid them becoming underused in future.

Next
KIES by Maximilian Beck