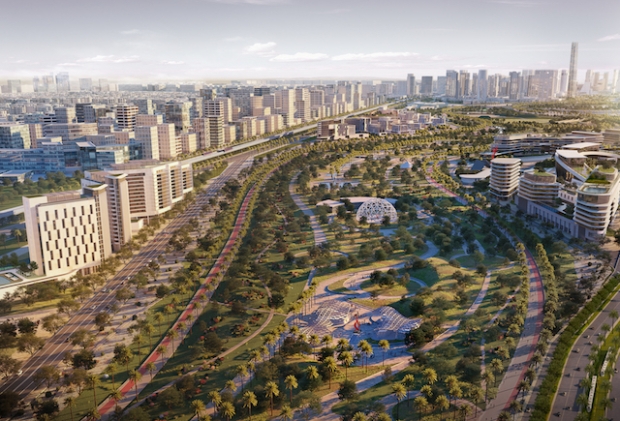 Egypt to construct over 40,000 housing units at New Administrative Capital along with the world’s largest park

As reported by Construction Review, the government of Egypt is set to construct over 40,000 housing units in the new administrative capital by the end of June 2020.

The project is being implemented by the country’s Ministry of Housing and is divided into eight neighborhoods, including villas, and mixed housing in the third district, Capital Residence.

The Ministry of housing also plans to complete the first phase of a water treatment plant, five international schools, a restaurant complex and a mosque, as well as the government district and the investment zone for the New Administrative Capital.

Also scheduled for completion, is the implementation of the central gardens project at the “Capital Park” which is more than than 10 kilometers long and has an area of more than 1,000 acres, making it one of the largest parks around the world.

The park will also serve as a catalyst for encouraging a healthy life, in accordance with global rates including environmental value, green spaces, and areas for physical activities and recreation.

“The central park of the New Administrative Capital will provide greater opportunity for community interaction between the capital’s residents and other residents in its wider scope, and is park is expected to host more than two million visitors annually,”

At N2.9 million, these Homes in Nasarawa by the Millard Fuller Foundation are the Most Affordable Homes in Africa.