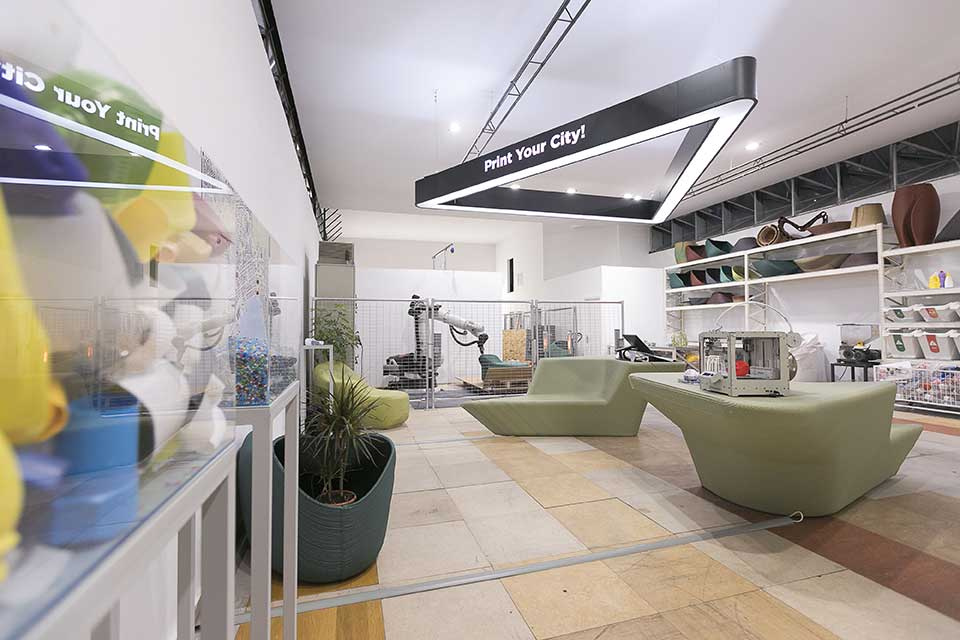 Print Your City! is a campaign which uses large scale 3D printing to transform the plastic waste of cities into meaningful applications for the built environment.

The initiative is the brainchild of Rotterdam based The New Raw, a design studio and research lab aiming to rethink the way we understand and use materials. The long term goal is to make cities and economies more circular eliminating waste and encouraging recycling and reuse.

The campaign expanded to Thessaloniki, Greece with the Zero Waste Lab. This project invites citizens to bring their plastic household waste into the lab, design their own custom street furniture, and 3D-print it with the help of a robotic arm as well as on-site recycling facilities.