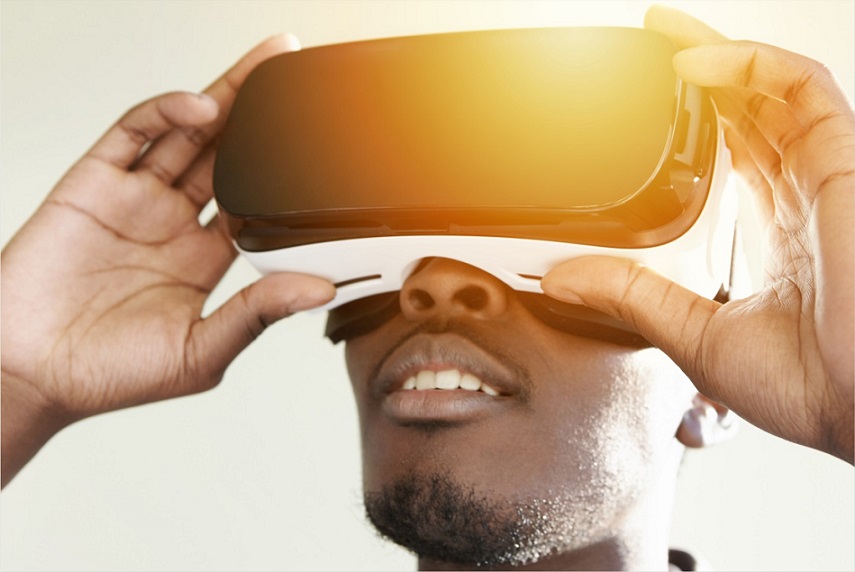 Getting Started With Virtual Reality in Architecture

This article originally published on archipreneur, offers insights into the benefits, applications and importance of Virtual Reality in the practice and execution of architecture.

The technology is fast gaining traction globally and is poised to be the next big thing since the advent of digital 3d modelling. Enjoy the article.

Along with its cousins—augmented reality (AR) and mixed reality (MR)—virtual reality allows designers to push the boundaries of visualization, giving colleagues and clients new ways to experience and understand a building or space long before it is actually built. With VR, architects can transmit not just what a building will look like, but also what it will feel like.

“Traditionally in architecture, you have blueprints and scale models, and 3D modeling has been around in force for the last 20 years,….VR plays into these traditional methods because the two fit closely together, more than the manufacturers actually realize.”

Manufacturers still mostly view VR for gaming rather than enterprise solutions – but that is changing, according to Mottle, who just moderated a panel about these emerging technologies at this year’s Autodesk University Las Vegas. With the dizzying rate of technology advancement and growing options, here are four considerations for firms thinking of entering this brave new virtual world.

1. VR is a rapidly changing industry.

Virtual reality has been around in some form for decades (with the first head-mounted systems debuting in 1968), but the technology has not been elastic or advanced enough to have widespread application until now. With advances in mobile technology, which placed high-resolution imagery into everyone’s hands, VR has experienced an explosion in the past two years.

Widely available head-mounted displays (HMDs) such as Oculus Rift, Samsung Gear VR, HTC Vive, Microsoft HoloLens, and Google Cardboard have brought VR into the mainstream and made it more affordable (although costs generally still run from hundreds to thousands). Facebook’s purchase of Oculus for $2 billion in 2014 also offered the industry a highly visible boost.

“One of the challenges is everything is changing so quickly,” Mottle says. “Not everyone has the time or resources to try every one of these HMDs, so we’re trying to get the dialogue going to discuss the pros and cons.”

According to a survey in CGarchitect, the leading users of VR for architectural visualization are in Europe (40 percent) and the United States (21 percent), with commenters saying that the technology will be revolutionary for the industry. Nearly 70 percent of respondents are using VR/AR/MR in production or planning to do so in 2017, while 77 percent were experimenting with the technology or planning to do so.

2. VR, AR, and MR are similar but have different capabilities.

VR is the immersive, full-headset experience that most people associate with this technology. “With virtual reality, you’re immersing yourself into a virtual environment and closing yourself off completely from the outside world,” Mottle says. “Depending on which device you’re using, you could do room-scale VR and ‘walk’ through the space.” (And with grid guidelines in your virtual world, you won’t accidentally walk into a real wall.)

With augmented reality, data and/or instructional information are animated over the real-world view, often through smaller devices such as a mobile phone or tablet. Pokémon Go is a popular consumer example of an augmented-reality app; a professional use case would be an engineer remotely teaching a mechanic how to repair something.

Then there’s MR: Mixing together aspects of VR and AR, MR takes virtual objects and overlays them onto the real world. Two people (say, an architect and a structural engineer based in another country) can be networked into a virtual world where they can interact together with a virtual building on a real site.

3. Architects can use VR at various stages in the design process.

One benefit of VR is that it can be rendered at different Levels of Detail (LOD), so an architect in the early design phase could have an immersive experience in a non-photorealistic room, just to get a sense of spatial relationships and massing. Or the experience could be hyperreal, so that a VR video could have soft sunlight filtering down through a clerestory window, with the sound of birds chirping outside (for client presentations).

Increasingly, architects are integrating VR hardware such as HTC Vive and Oculus with BIM software. “This will allow architects and clients alike to truly understand the spatial qualities of the project,” says Kim Baumann Larsen, an architect and the VR advisor for The Future Group. “This spatial understanding should make clients more confident in the design and reduce time spent in meetings and the use of lateral design revisions.”

Mobile VR solutions using cardboard headsets and a smartphone are another increasingly popular solution. “The architect can render stereo 360 panoramic images directly from the BIM software such as [Autodesk] Revit or using a visualization tool like 3ds Max with V-Ray, and publish the images to the web using third-party services like VRto.me or IrisVR Scope,” Larsen says.

4. VR has some catching up to do with the architecture industry.

VR requires a fair amount of expertise, and it’s challenging for architects to find work time to experiment with the technology. “For the most part, VR relies on gaming engines to develop these immersive experiences,” Mottle says. “That has a whole different workflow and paradigm than architecture.”

He hopes that manufacturers will see the potential for developing VR solutions specifically geared toward architecture. Already, some firms are translating BIM data into VR with platforms such as Autodesk LIVE and Stingray, which maintains important building data that other gaming systems don’t capture. For now, though, gaming systems tend to focus on creating idealized end-user VR experiences rather than applications for iterative building-project design and construction.

The more architects get involved with VR, the more they can shape the future marketplace. “I’d really like to see these VR companies realize that there’s a market beyond gaming and the consumer market,” Mottle says. “I would like them to see that there are some huge opportunities and synergies with the design world.”

But Larsen says architects shouldn’t wait to dig in: “Get a PC-based VR system like the HTC Vive or Oculus Rift for exploring design from BIM tools, and play with mobile VR using cardboard and Gear VR and Google’s View to distribute your designs in VR to clients and collaborators alike. The most important thing is to start experimenting.”