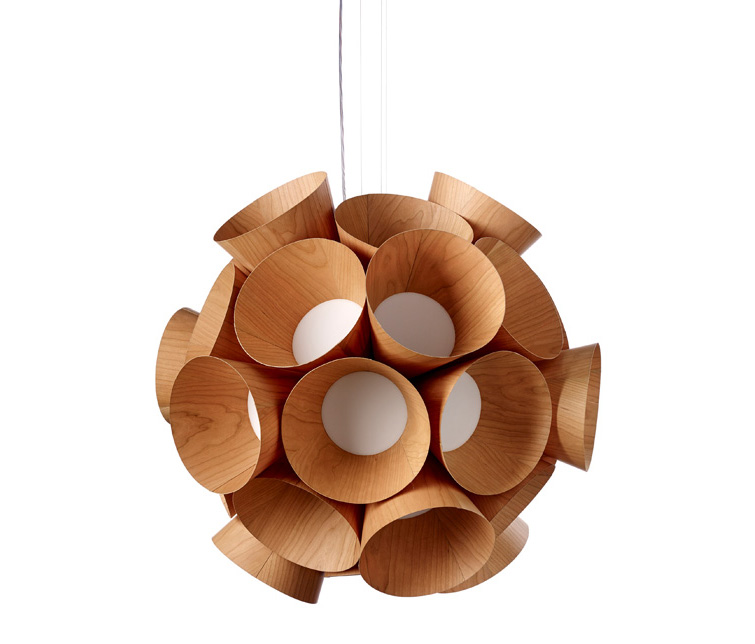 Cones of Light: Dandelion Lamp by Burkhard Dämmer for LZF

Dandelion can be considered as one single lamp or a combination of lamps. Inside, every shade several LED circuits are hidden, which can be lit all at once or by sections to meet the requirements of the room and the time of day. Outside, the LZF wood veneer enfolds every geometrical shape, like cones sinking at different depths into the heart of Dandelion. The result is a very original lamp, a geometric puzzle of light which resembles one of the most basic forms of life.

“…The idea comes from drawings by the German zoologist and philologist Ernst Haeckel. I was struck by the beauty of the symmetrical and geometric shapes from Kunstformen der Natur, which portrayed Haeckel’s radiolarians, microscopic organisms found in the depths of the ocean….This first idea led me to a shape of pure geometry, the fullerenes molecule, also known as buckyball, a sphere formed by an ordered combination of pentagons and hexagons. As a result, the Dandelion resembles a wonderful shape from nature”.