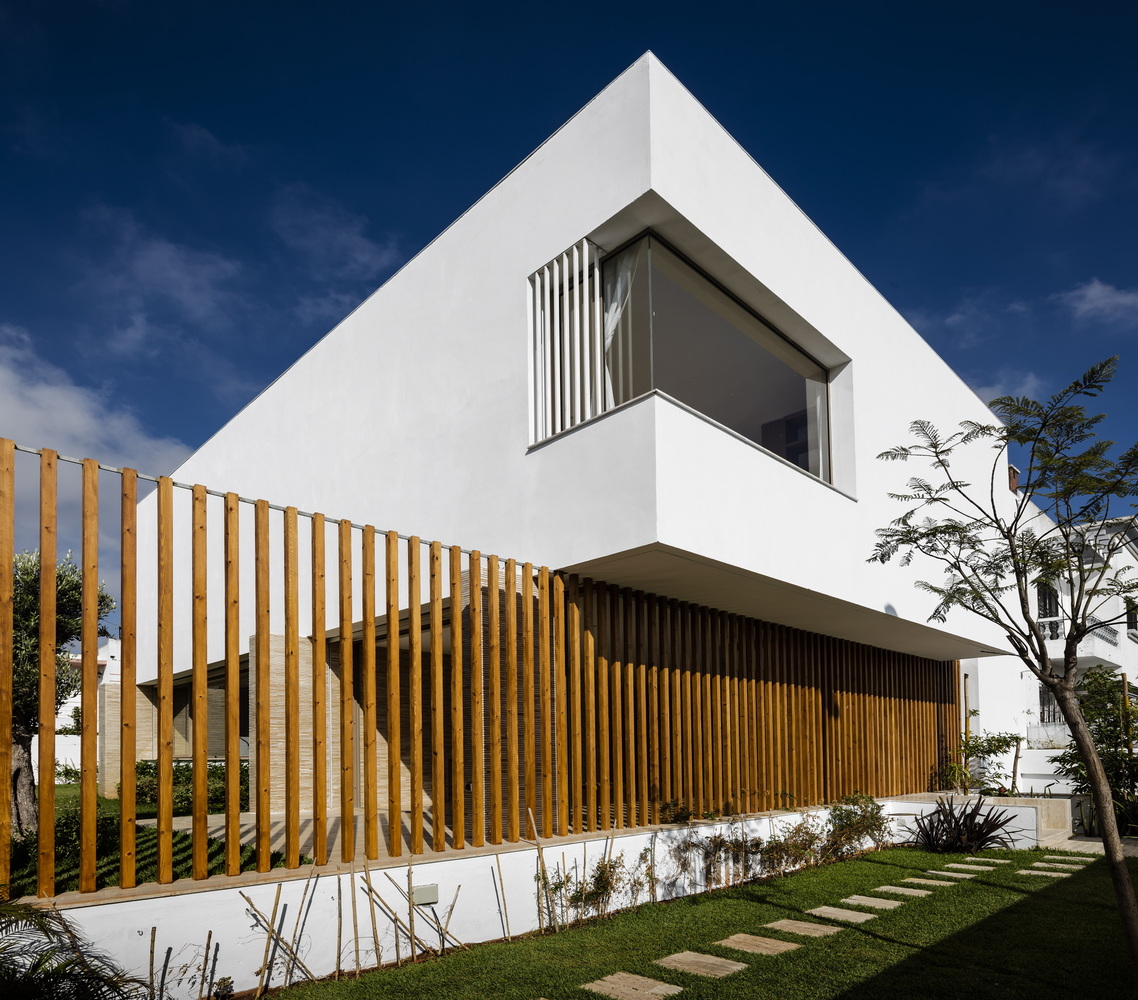 The morphology is conceived as a contemporary update of the modernist architecture of Casablanca and as well as an evolution of the Moroccan way of life. The client wanted to have a feeling of openness in the house away from prying eyes. So it was a challenge between the client’s need for privacy and the architect’s belief in open, lightweight architecture; on a limited budget.

Given the urban regulation, the morphology of the project is in a cube and adjoining another batch. It is divided into three major entities:  An opaque vertical volume that assembles the vertical circulation and some service areas, which creates, at the same time, a connection and a separation with the joint ownership.

A horizontal volume mostly opaque and white on the floor which gathers the private spaces around a central patio. It symbolizes lightness and flotation with an opening to the sky. Two structural walls on which rests the horizontal volume, dressed in stone, separating and prioritizing the reception areas while offering large open bays on a sheltered garden. These walls are such an anchor in the ground and the roots of traditions.

These three entities are sewn by a skin of slats that make the space private and protect them from the west orientation while preserving a beautiful transparency. The openings are placed and generally grouped in order to offer the best possible orientations and to benefit all the spaces by freeing the maximum of facades. In order to respect the budget, we used local materials, including Moroccan marble and redwood (covered with walnut leaves), and designed some furniture. In order to eschew air conditioning, the design reinterprets the traditional patio on the first floor to passively cool the house.