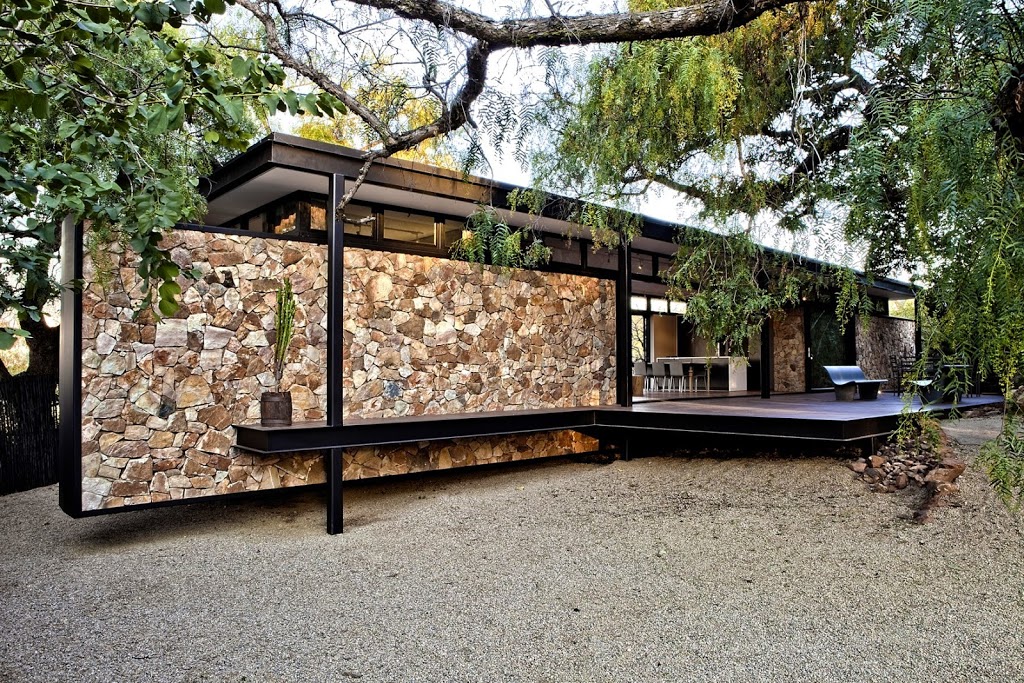 Floating Stone and Steel: Westcliff Pavilion by GASS in Johannesburg

Hidden in wooded surroundings on the Westcliff Ridge, the Westcliff pavillion by Gass Architecture is a bold blend of contemporary style and traditional textures culminating in a 2 bedroom dwelling that offers private tranquility and luxurious views of Johannesburg.

Clean interior lines contrast the rough and visually dynamic surface of the prominent stone wall that seemingly floats above the ridge on site. Yes, you read that right, floats!. This hovering stone facade, was a deliberate attempt at defying the idea of just what a wall should be- a solid mass relying on solid ground for stability and balance. The brilliant minds at gass, somehow usurped the authority of gravity and took indigenous stone from the site to clad a wall that apparently does not touch the ground for the most part. (To venture a guess, i’d say some form of support joined to the structural column is embedded in the wall to permit cantilevers on both ends, but still, this remains an educated guess)

The choice of steel framing facilitated this structural feat but also added to the desired aesthetic of the design giving a “Falling-Water-esque” feel with long horizontal lines that sit elegantly atop the ridge. The challenging terrain that served as access to the site also influenced the choice of steel, which made it possible for some degree of prefabrication off-site and the resultant ‘easy assembly’ of a steel ‘kit of parts’. From a sustainability stand point, this allowed for much less impact on the site, with excavation limited to just the footings of the main structural steel columns. Some steel members were even carried by hand down from smaller trucks parked further up the ridge this also added to the reduced site impact of the construction. All of this effort left the environment largely untouched, highly unlikely if concrete and masonry were in play. 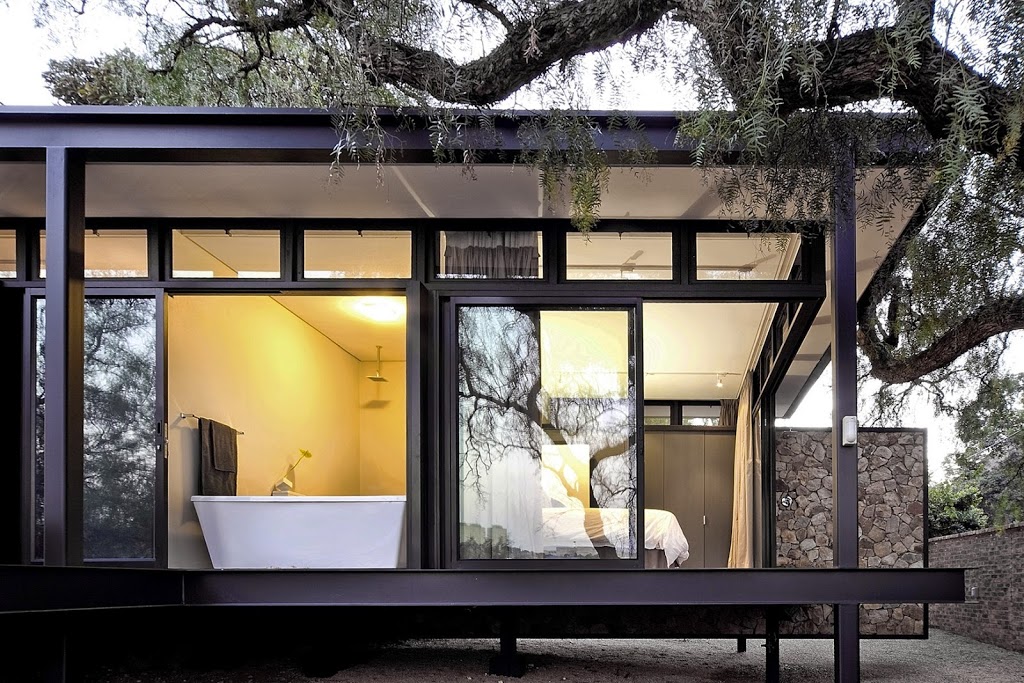 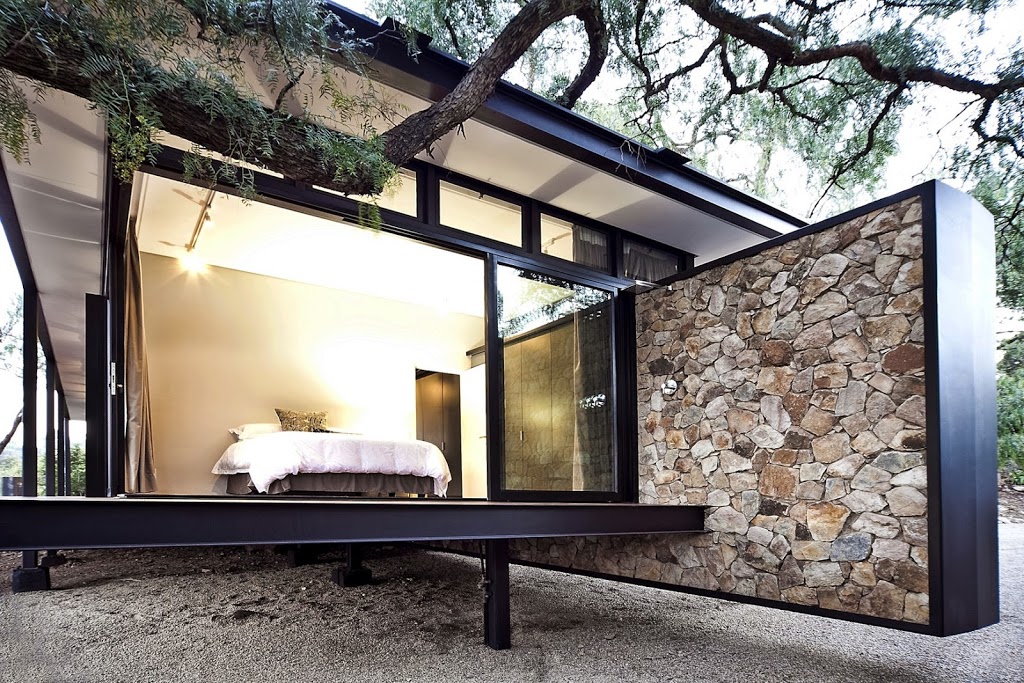 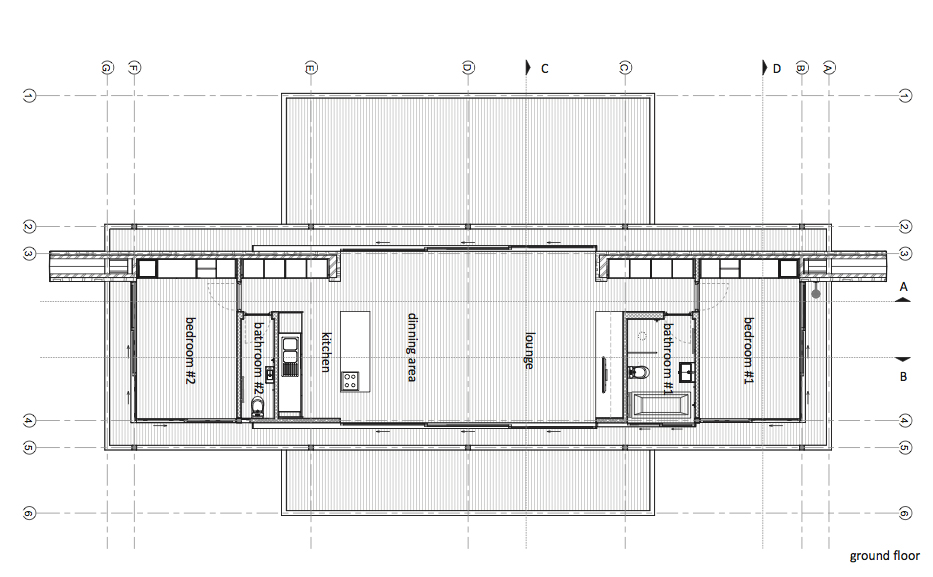 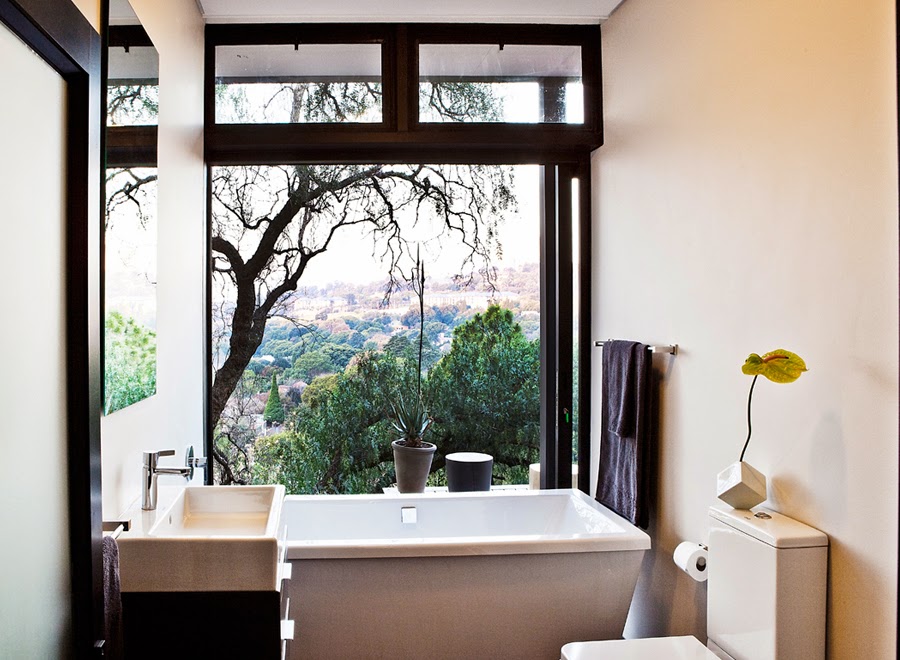 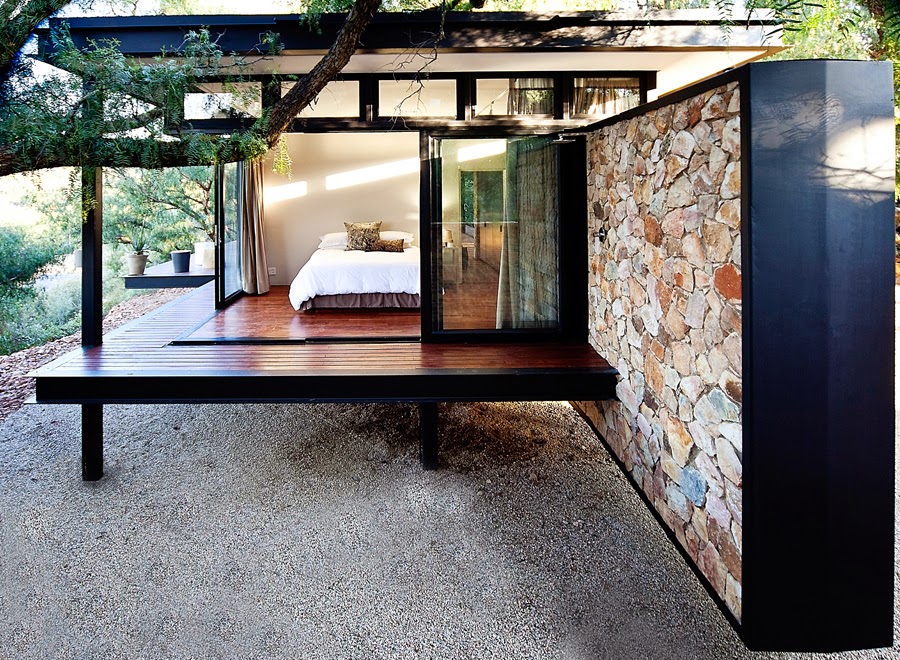 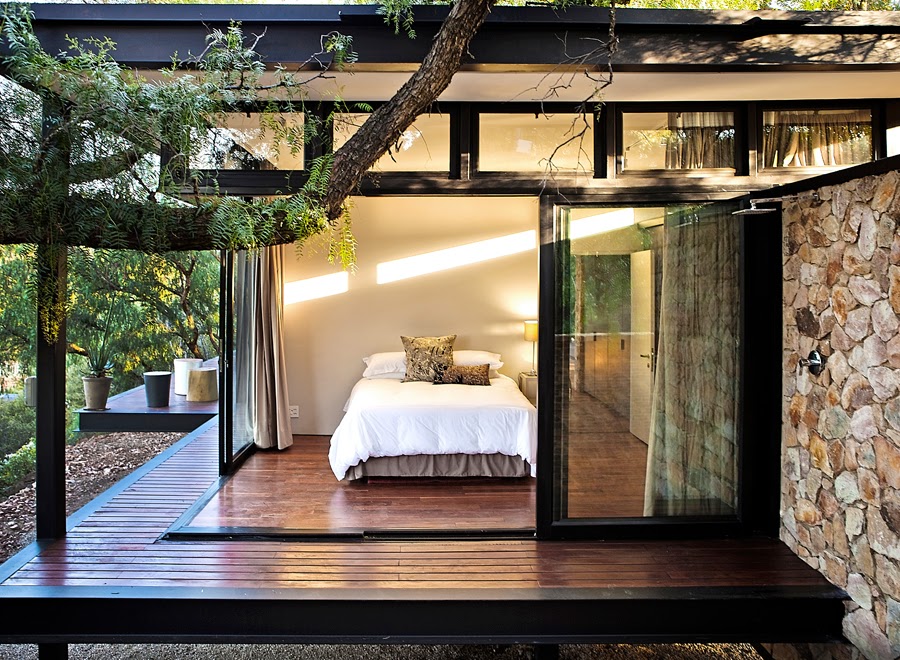 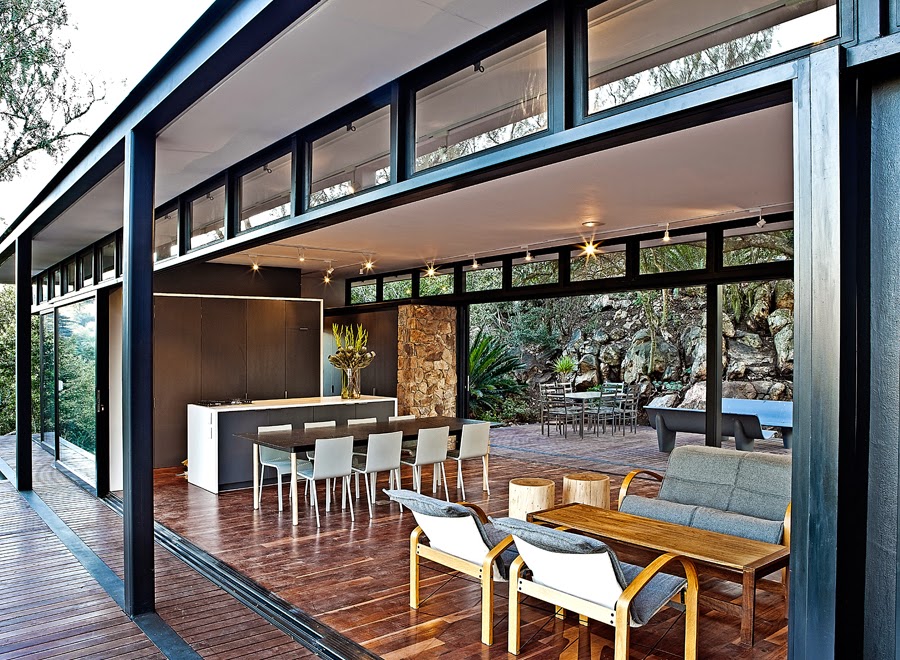 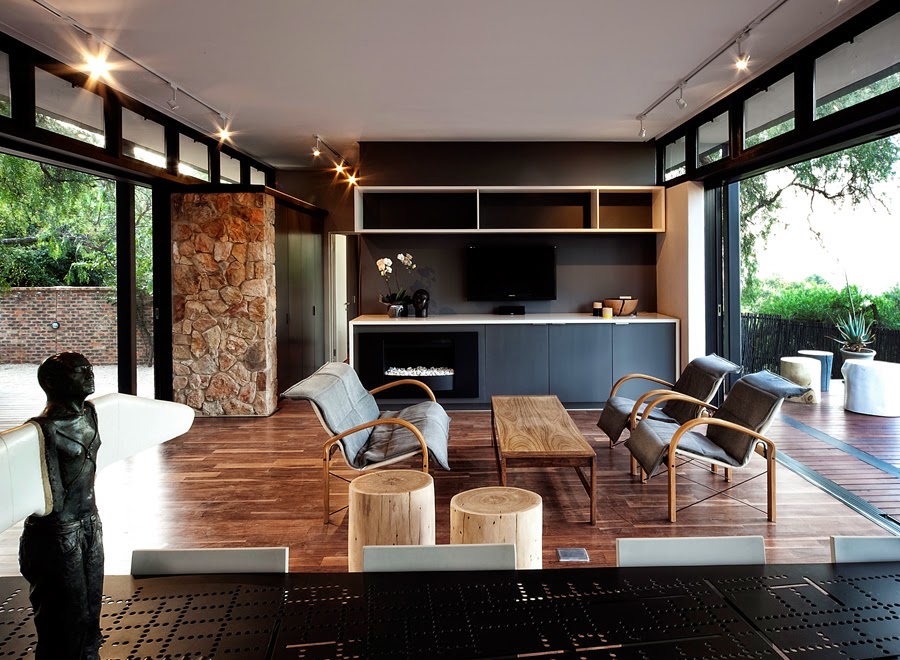 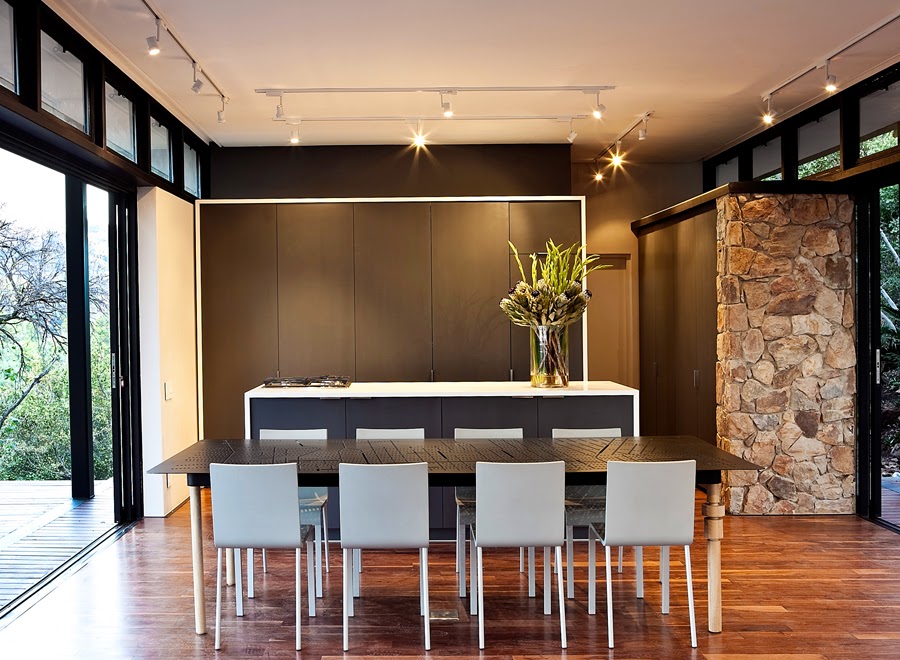 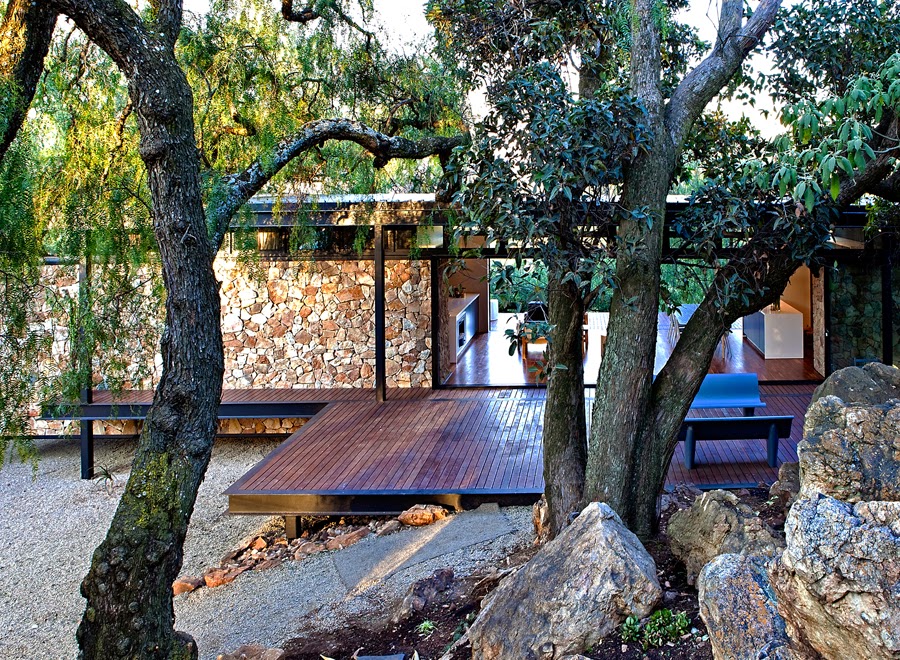 The openness and connection to nature offered by the retreating sliding doors, i feel, earns this projects the tag of ‘pavillion’. Even from the bathroom, you can enjoy scenic panorama,(just make sure you get some blinds in there when its time for a shower). The entirety of the house embraces the outdoors creating seamless doorways with which to invite whats outside in, something thats rare in these parts but maybe should begin to find its place as social issues (security et al) improve. While, I understand it may not be everyone’s ‘cup of tea’ it is nonetheless, refreshing to behold, and with a few small tweaks here and there, who knows, it just may be possible on the Nigerian Scene.

Many thanks to Archdaily for the info. Images are from Gass.

Previous
7 reasons why we love this vintage and eccentric home