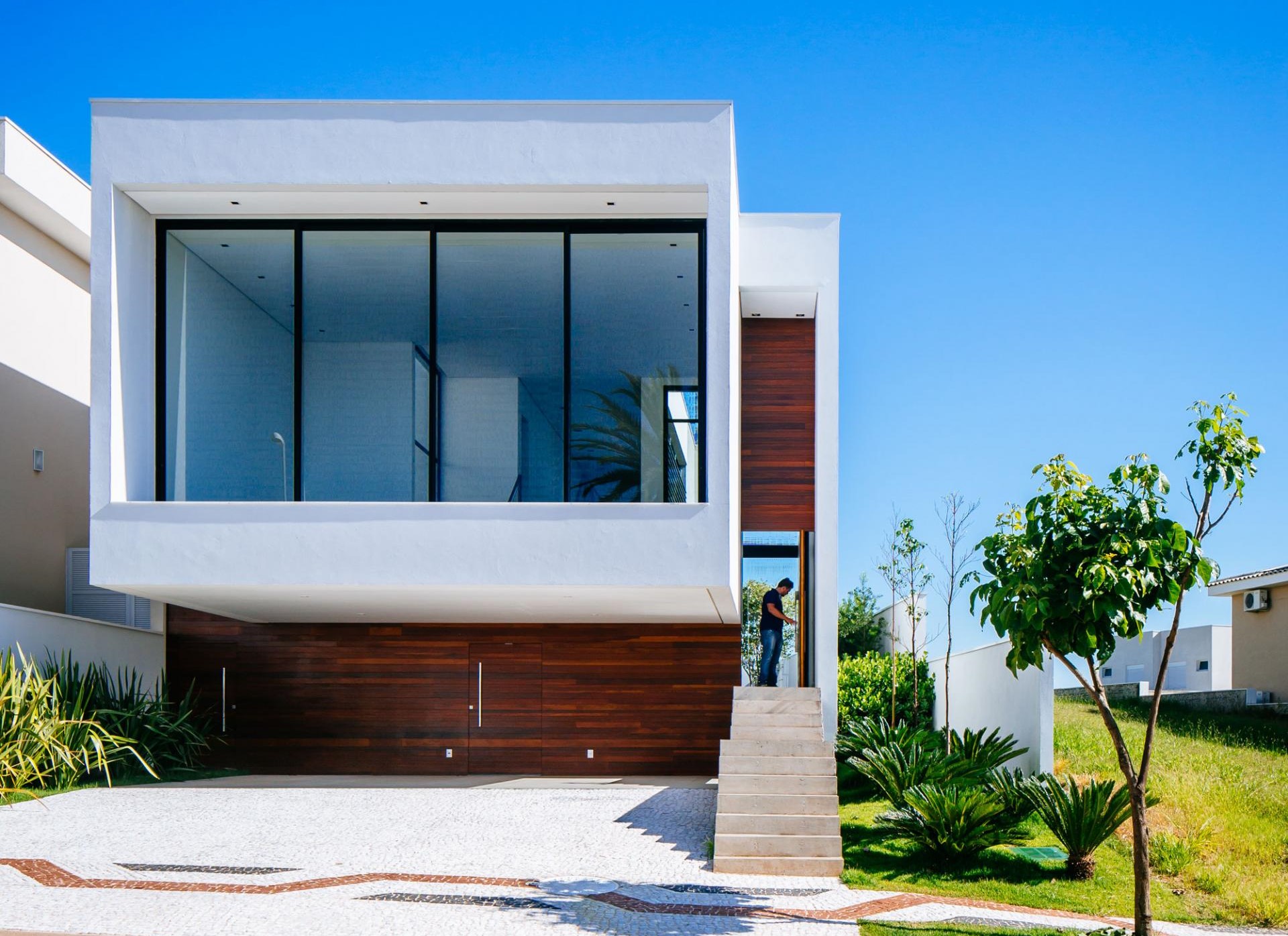 CASA GUAIME IN BRAZIL BY 24.7 ARCHITECTS

Casa Guaime is a 3 bedroom home in Campinas, Brazil designed by 24.7 Architects. The design of the home explores the use of split levels in defining the functional spaces within.

The site is located in Sousas, one of four districts from the city of Campinas-Sao Paulo, a place that keeps very peculiar characteristics, with provincial air, protected from Campinas high degree of industrialization even though being situated only 10 km from the busy downtown.  The building sits over the highest part of condo and overlooks Serra das Cabras southwest portion, the highest point of Campinas.

In order to integrate the nature of the terrain, the project explores the upper part and proposes the distribution of different levels. The result ensured the creation of 4 levels with internal distinct uses: garage, services, living and private area for the dorms. The optimization of natural resources, such as sun lighting and ventilation guided the design.

The house plan tends to an L shape, enabling greater integration between the ground floor and the courtyard, acting as an outdoor extension of the kitchen and dining room. 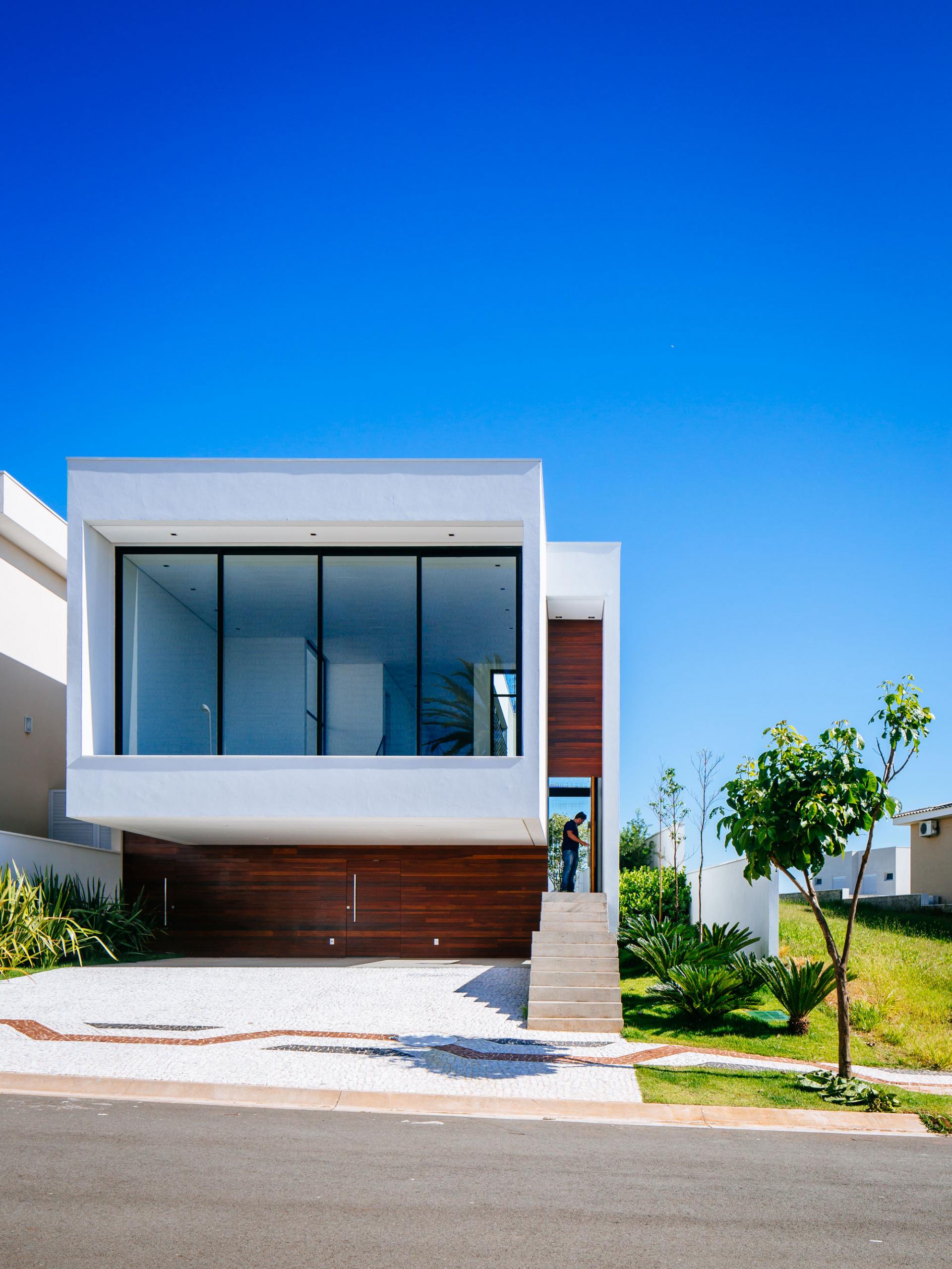 On the facade, a cube form with 5.5m overhangs towards the front of the terrain, giving this large volume an interesting sense of lightness. The south facade  justifies the double height grand opening, since that optimizes daylight in a large part of the house. 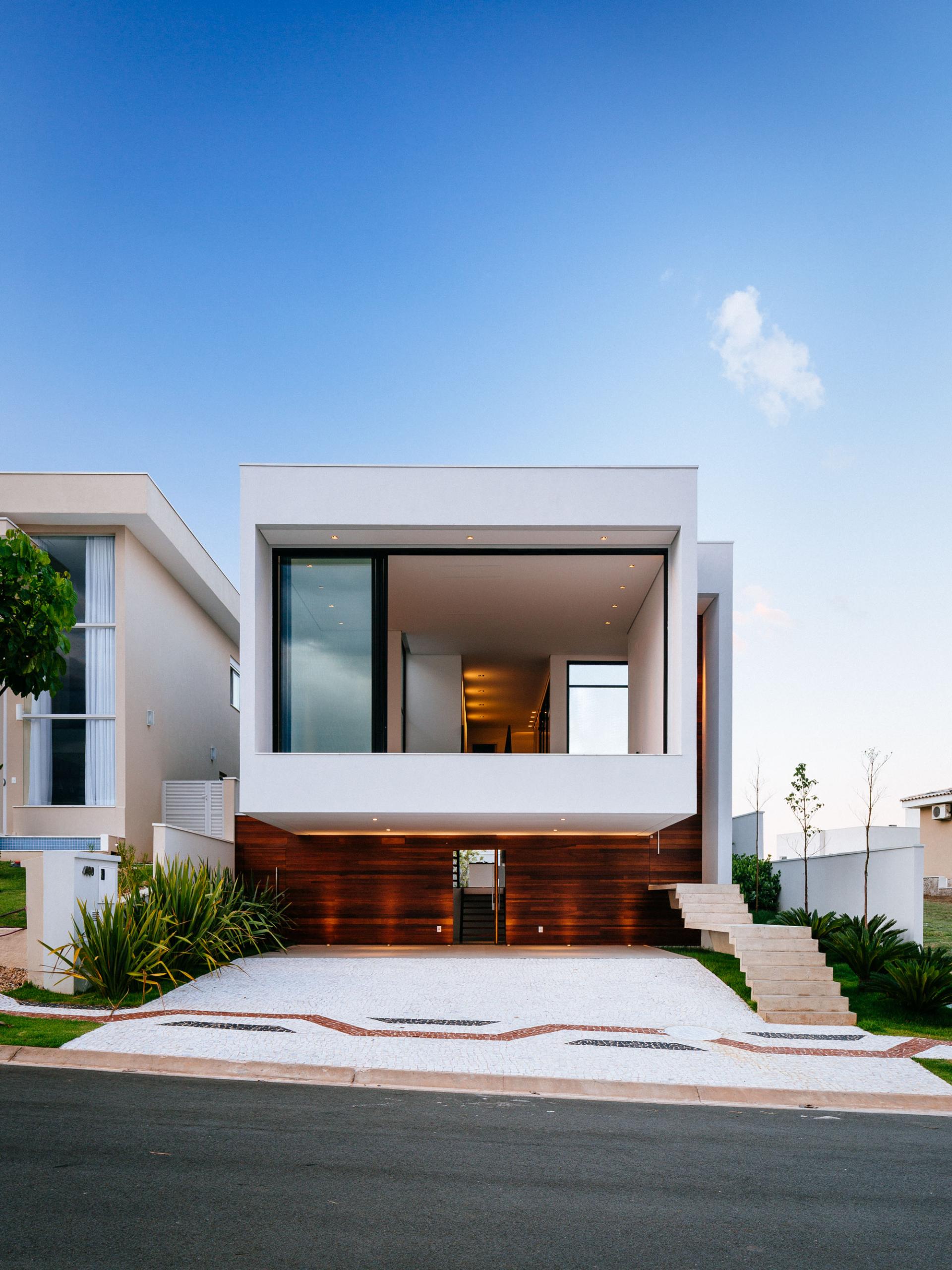 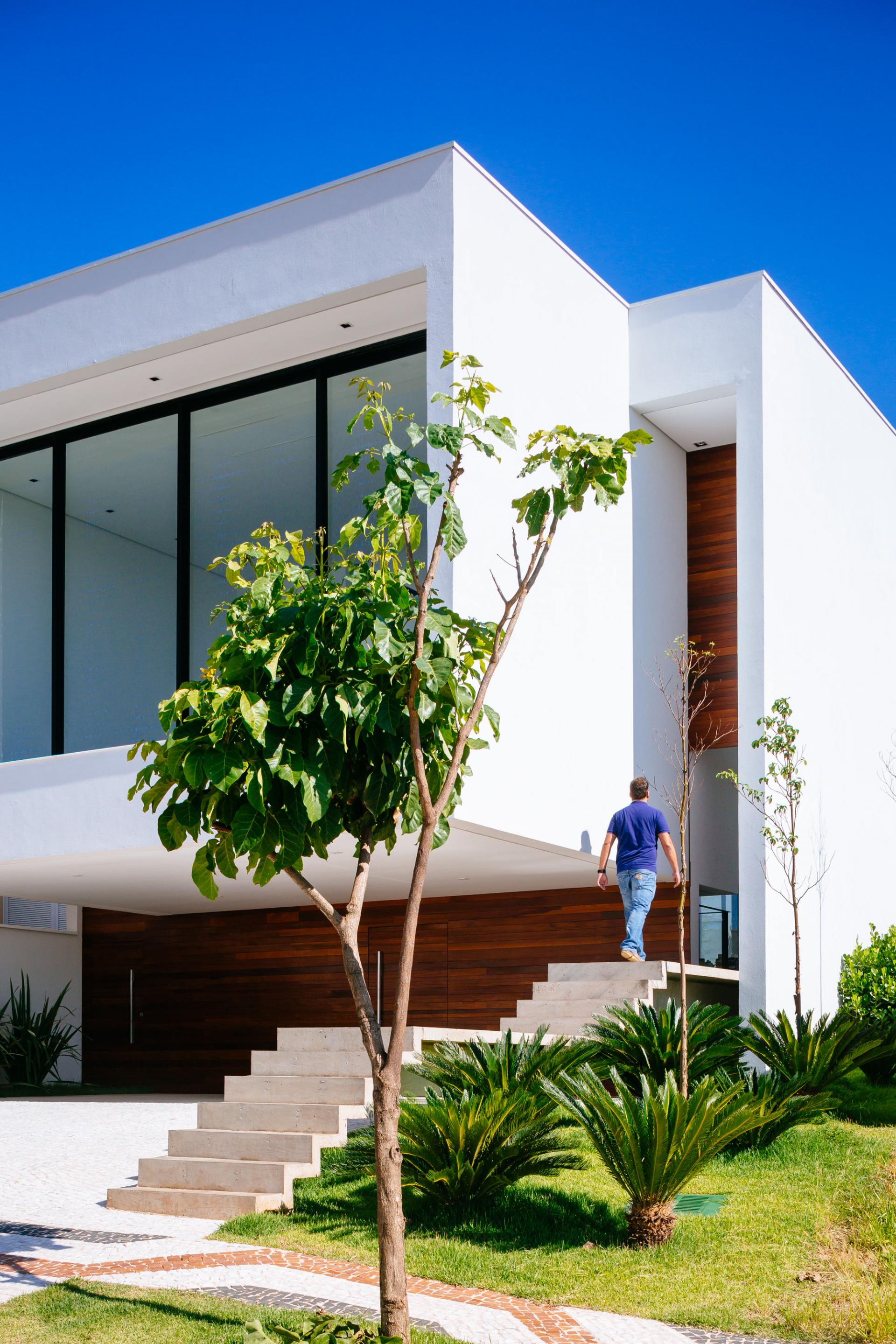 Heat generating systems: The house is heated naturally in two ways to prevent cooling in winter:

Cooling generation systems: The design allows refreshing itself naturally in three ways to avoid high temperatures in the summer:

Accumulation systems (heating and cooling): The heat generated during the day in winter (from “greenhouse effect ” and direct solar radiation) accumulates on the inner walls and slabs. Thus the home stays warm all night without energy consumption. The cooling generated during the night in summer (from ventilation and natural temperature drop) renews with fresh air. Thus the house remains cool during the day without any energy consumption.

Natural ventilation: The ventilation of the residence is made continuously and naturally. The orientation and deployment of the house allows the prevailing winds to enter, allowing adequate ventilation in most environments of the house. Well-placed windows allow a continuous flow to cool off on hot days and on days of high relative humidity. 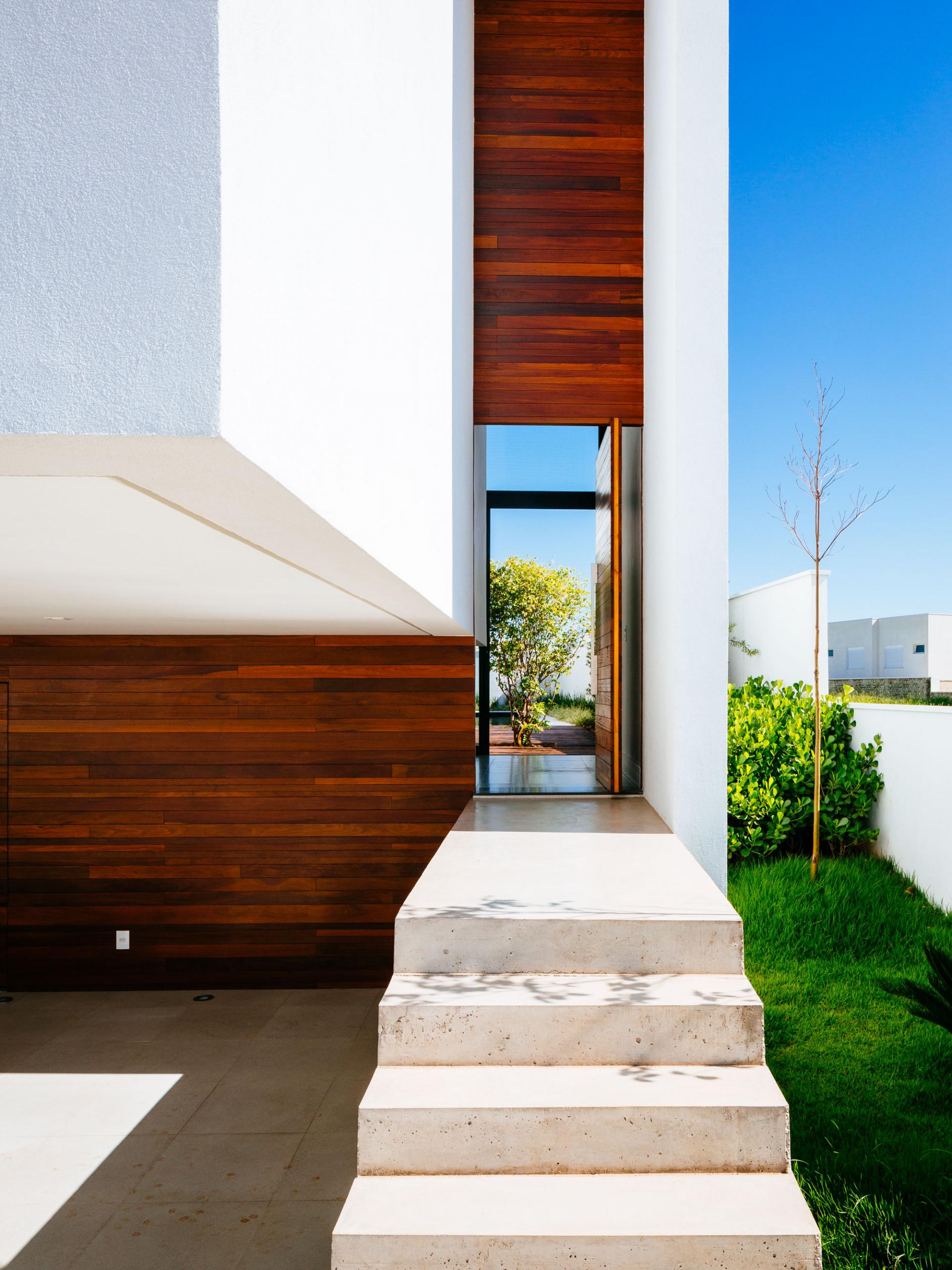 Resources Optimization: The search for a more sustainable design leverages natural resources such as the sun (to heat the house), wind (to cool and stabilize the humidity) and rainwater (for garden watering, toilet flushing and external areas cleaning).

Low energy consumption: In this project, the hot water is generated by solar energy collectors, the natural lighting is prevalent in all rooms of the house, required only when there isn’t enough natural light and ventilation for cooling off on hot summer months. The main objective of a bioclimatic design is to eliminate the technological devices that provide heat and cooling in a building.

Improving users health and wellbeing: The home ventilates naturally and most of the lighting is natural sun light, furthermore has good shaded areas generated by trees, this creates possibilities for leisure, providing a healthy environment and improved quality of life for its occupants. 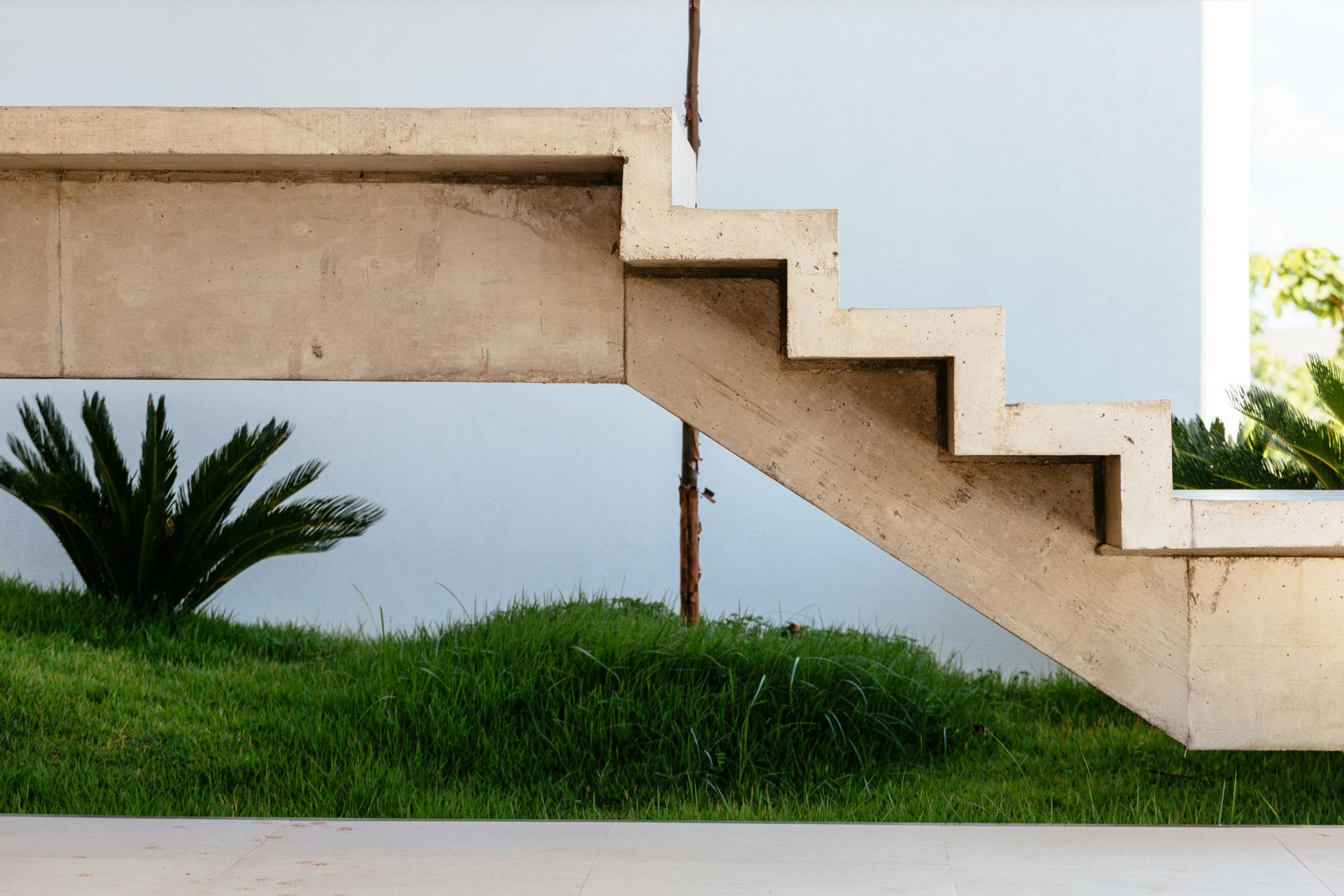 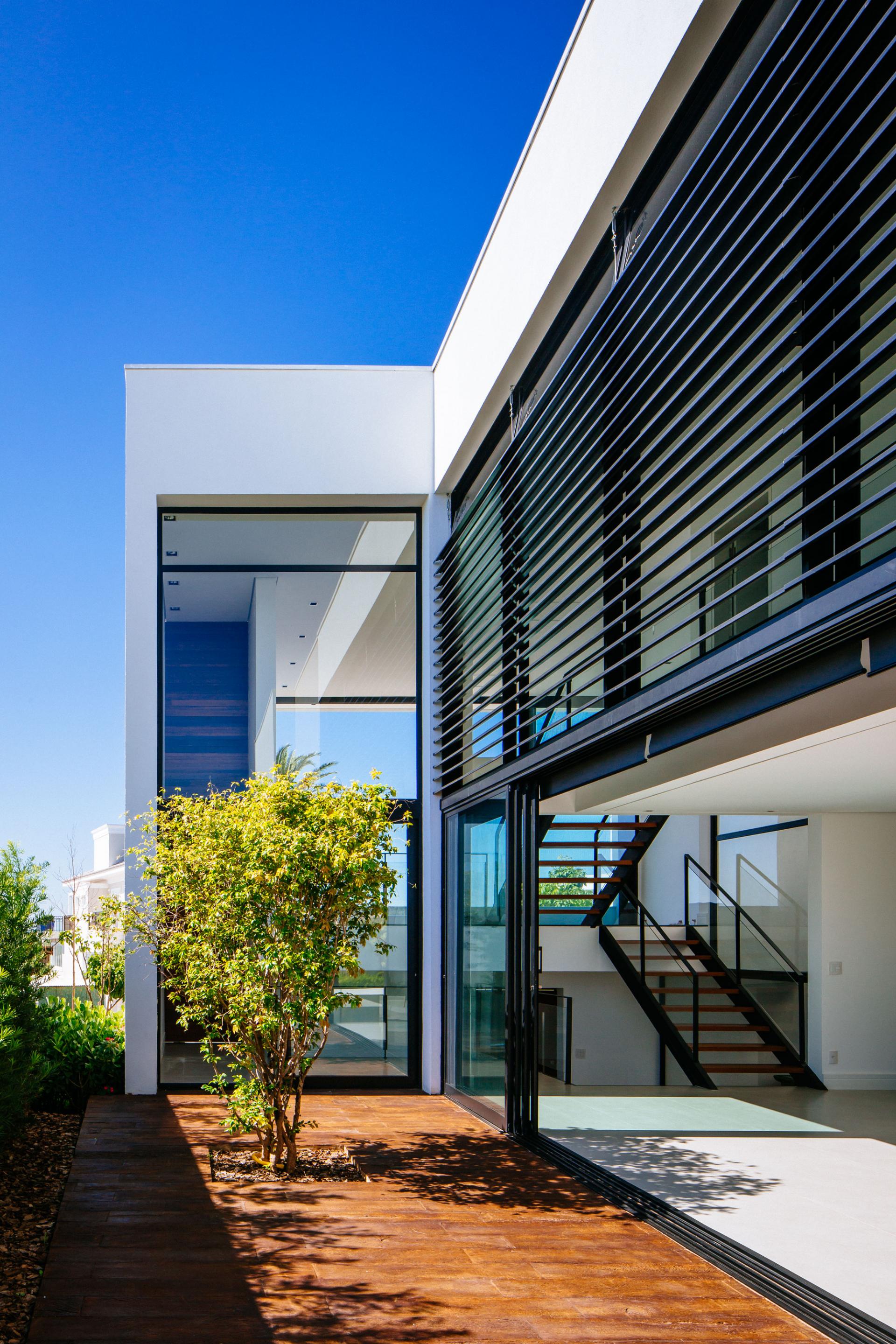 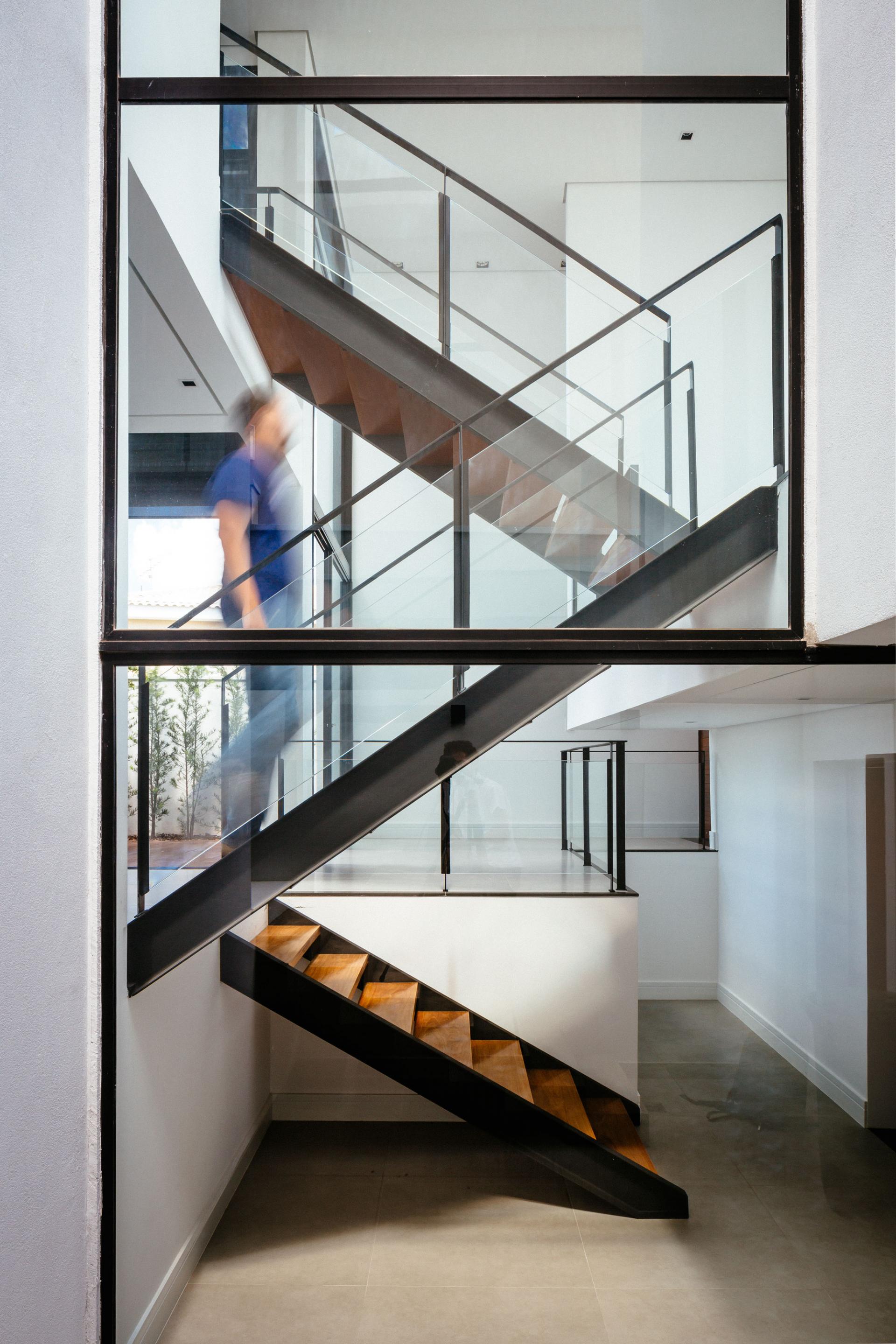 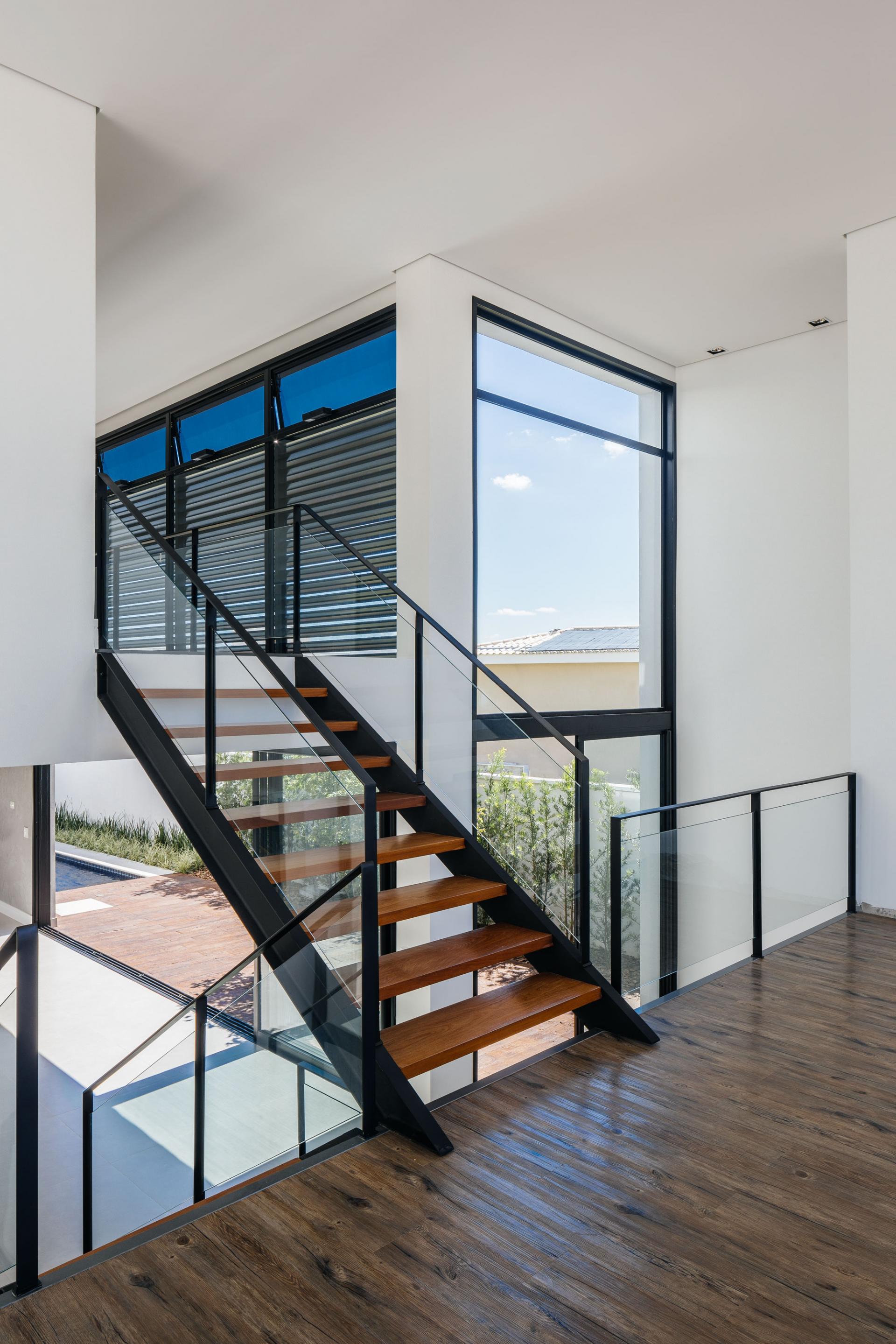 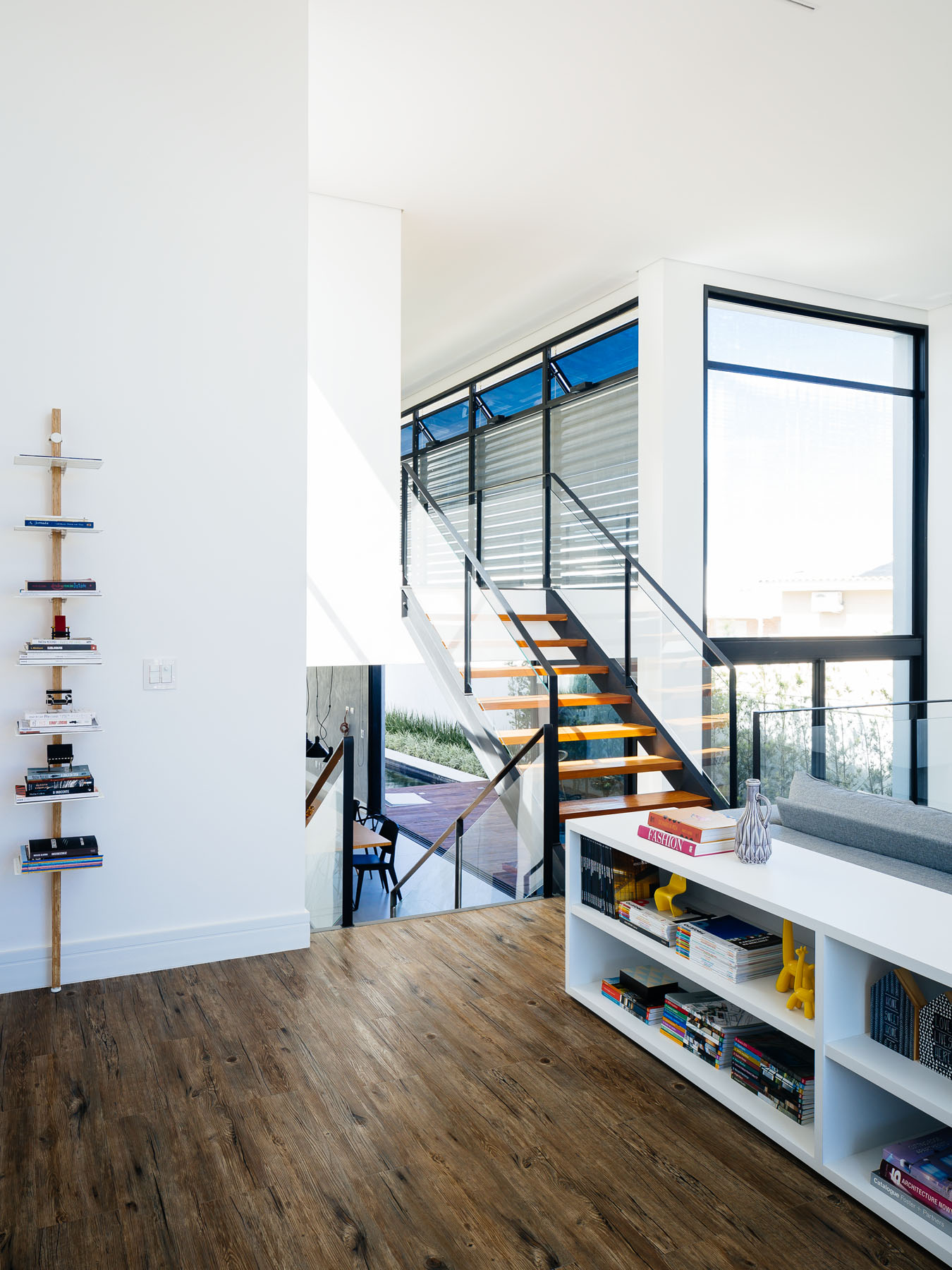 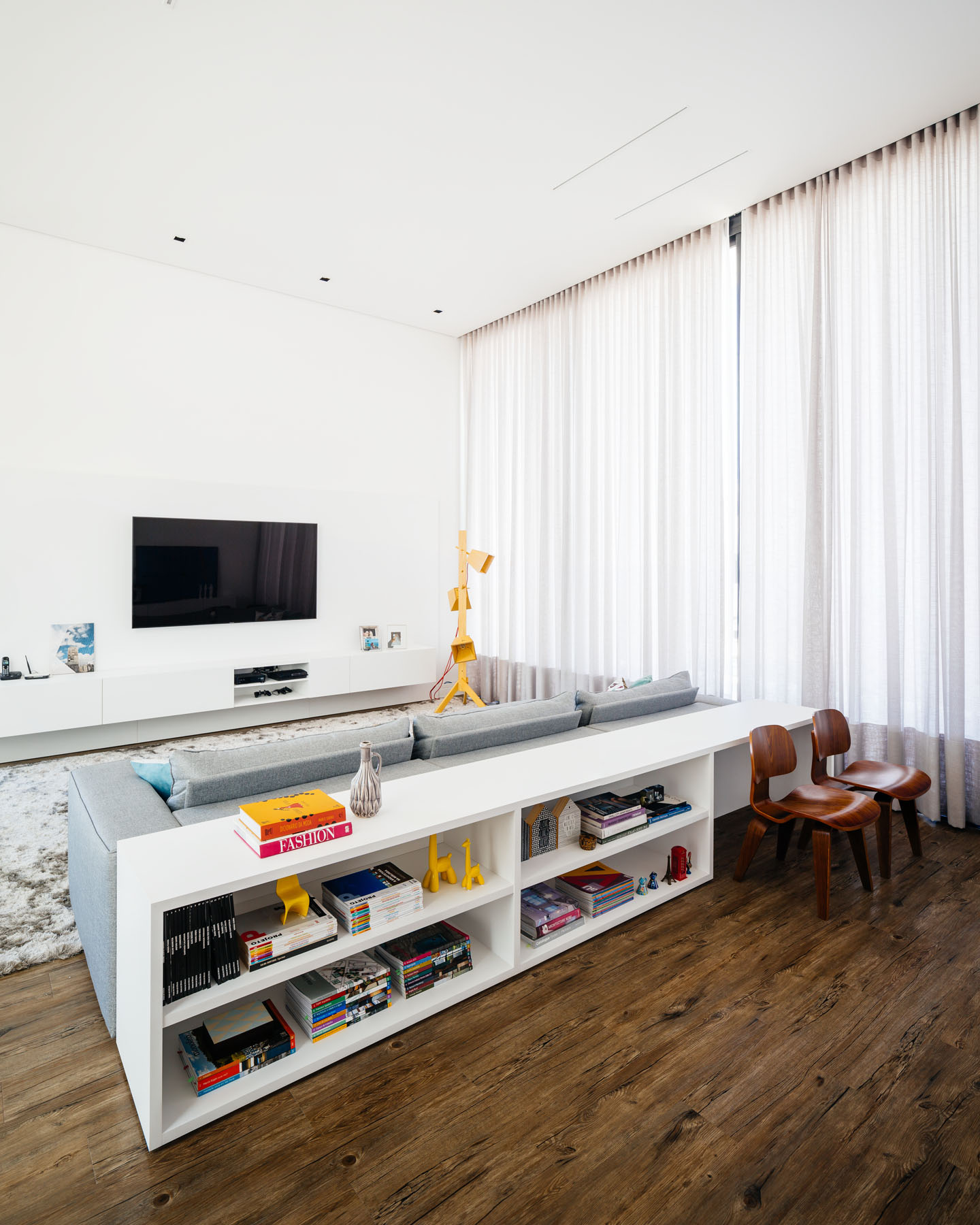 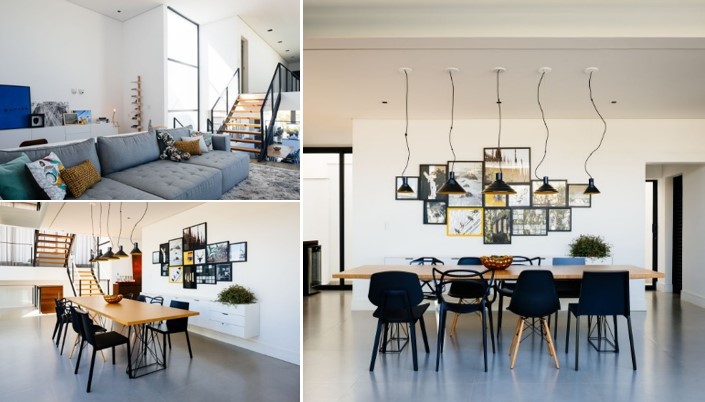 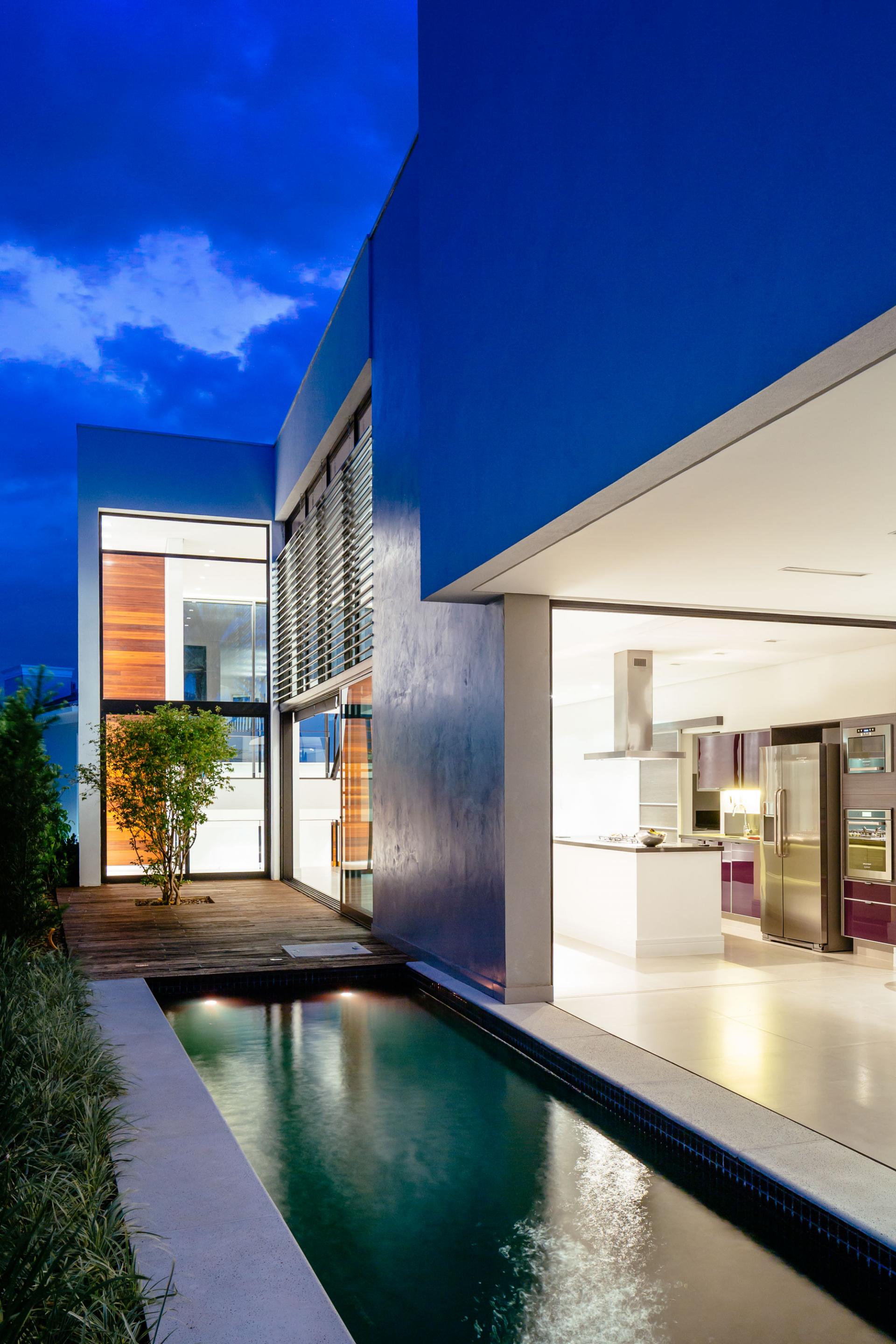 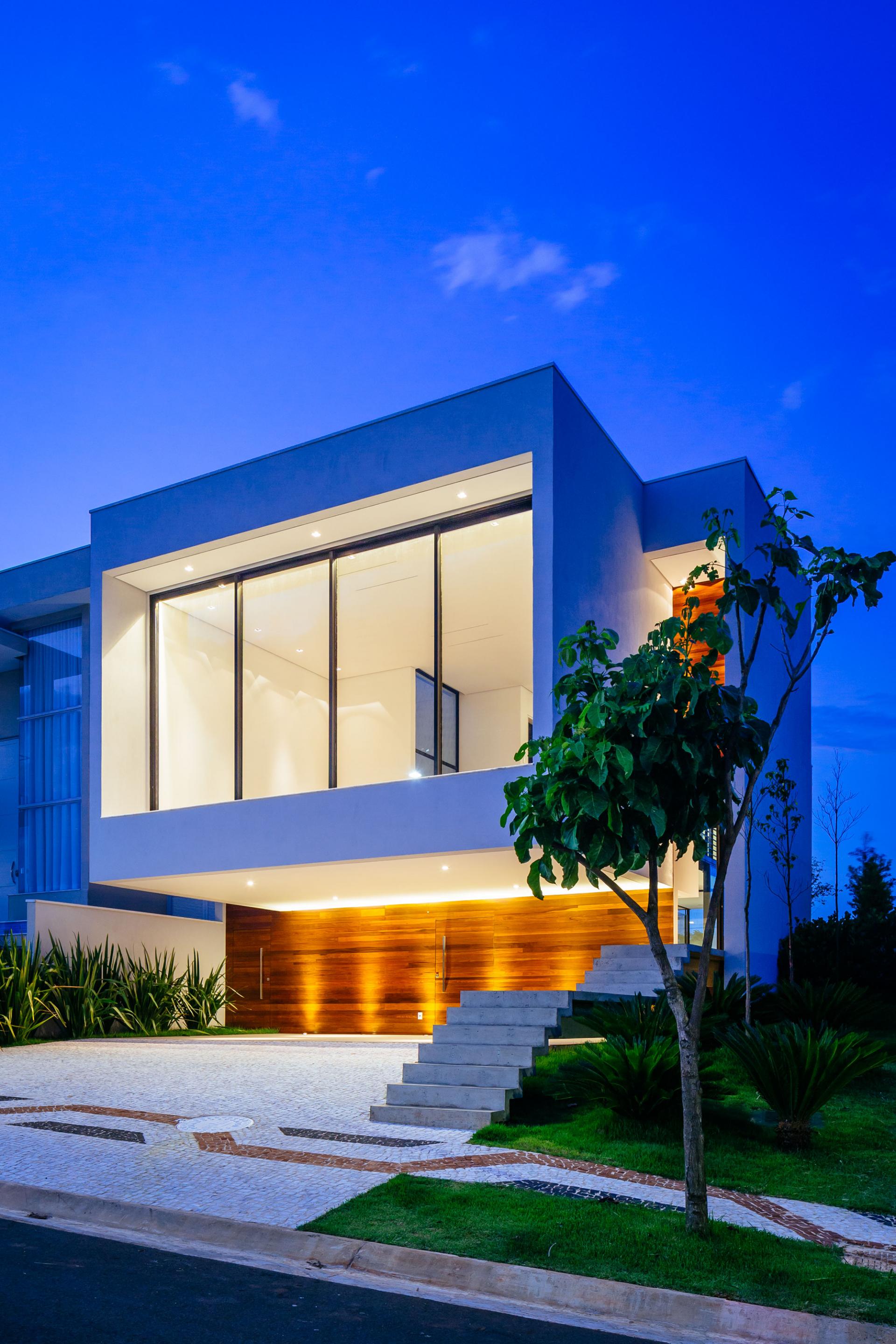 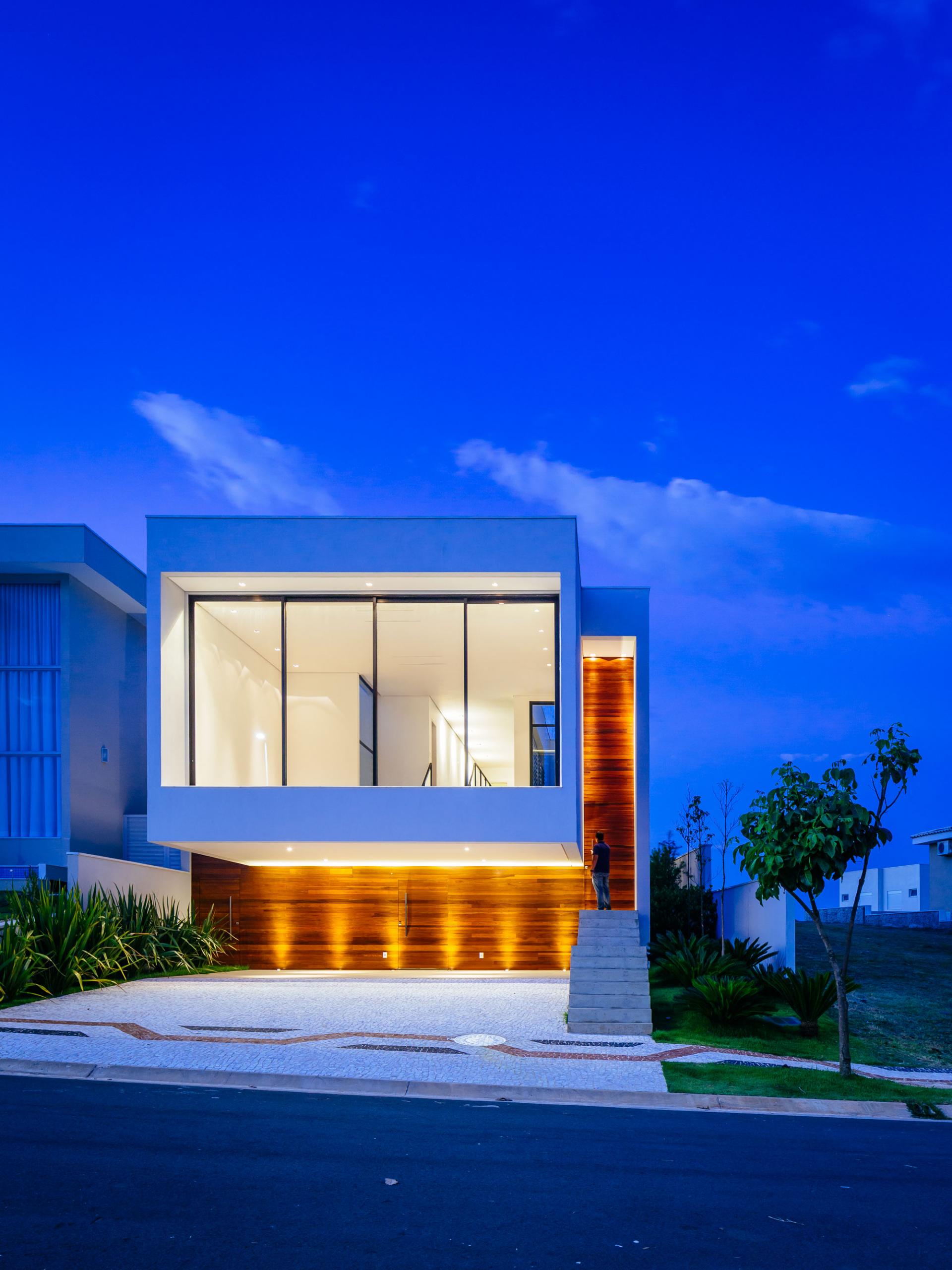 Make Your Living Room Chic with These 6 Decorating Ideas

Register to Participate in a Live Webinar on Remote Collaboration for Architects and Engineers by Autodesk.

Next
THE 15.77 LAMP COLLECTION BY ALEKSEJ ISKOS FOR ODESD2 DESIGN BUREAU