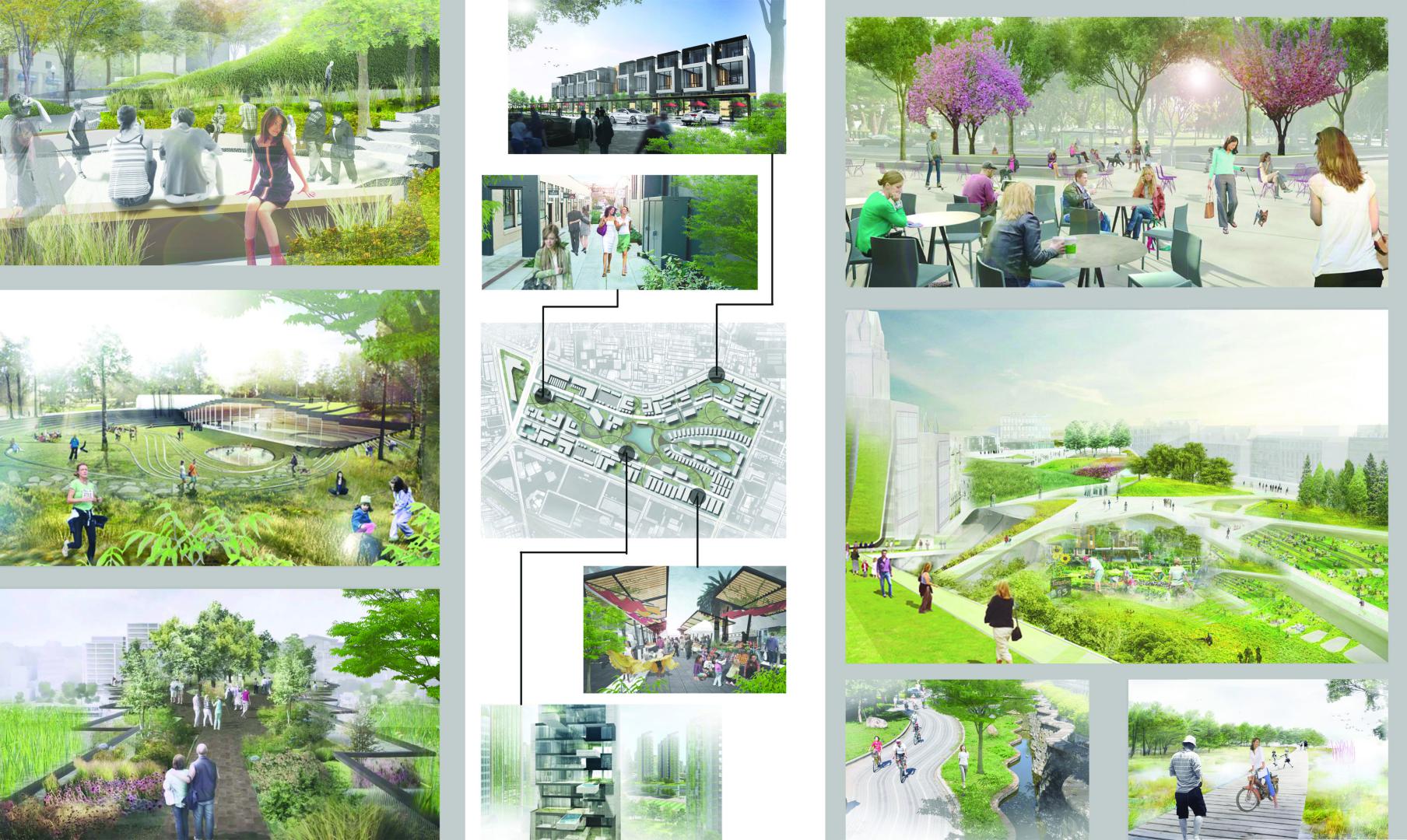 The City of Eden is a student design project by Dorcas Oyinkuro Oluwaseun Agbana, as part of a team of 7 students, during her 5th year in Montfort del Rosario School of Architecture and Design, in Assumption University, Thailand.

The proposal which was designed for the Khlong Toei District in Bangkok is intended to create a self sufficient, green and healthy city that offers better living and an escape from congestion. The project involved the use of AutoCAD, Adobe Illustrator and Photoshop as well as the production of physical models.

Just like the origin of the word ‘Eden’, the City of Eden intends to be a sufficient, hidden green city and healthy city located in the dense polluted city of Bangkok.

Khlong Toei is located in the denser part of Bangkok, where the city is busy and the streets are dirty. A group of 7 students including myself teamed up to design the City of Eden as an escape from congestion to give a clean and fresh environment which at the same time intends to solve the socio and economic issues.