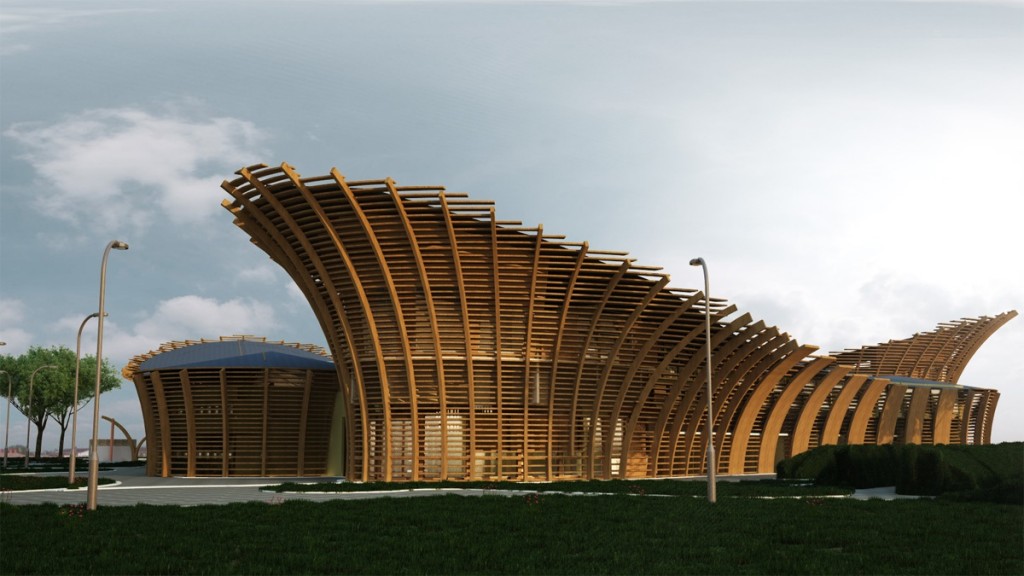 [dropcap size=big]F[/dropcap]ollowing the Chief Justice word on the need for more spaces and built forms for justice through long term plans of building High Court in each of the new counties defined by the constitution, Dennis Mukuba, a final year Architecture student at the university of Nairobi decided to design a court in Meru county that incorporates all the tenets of the modern court but also respects and borrows heavily from the elaborate traditional African court and in this case the Njuri Ncheke of the Meru community of Eastern Kenya.

Taking a site owned by the municipal council within the zone 4 for public use Dennis took advantage of its slope towards the river Kathita and Mwendatu road to create great view from the proposed design and also use the change in levels to resolve the specific circulation required in the court system. 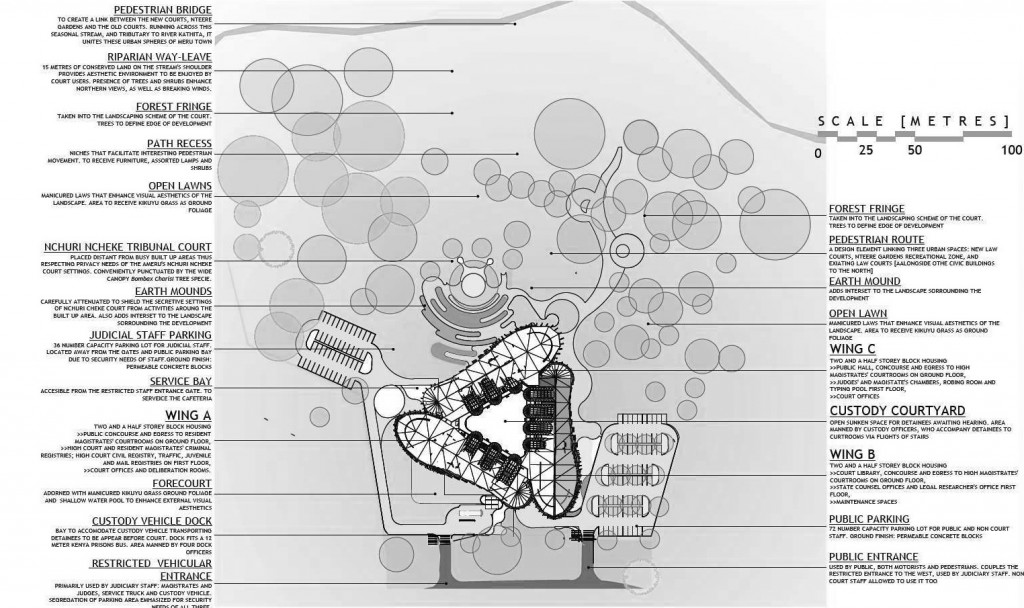 The goal of the design is to have a public building that is heavily used as a symbolic point of public pride for non-disjointed public engagement and still meeting it functional requirement. This is very much achieved by the designer not just borrowing from the courtyard system and the traditional court but by also abstracting from the tree in nature that most people can empathize with. 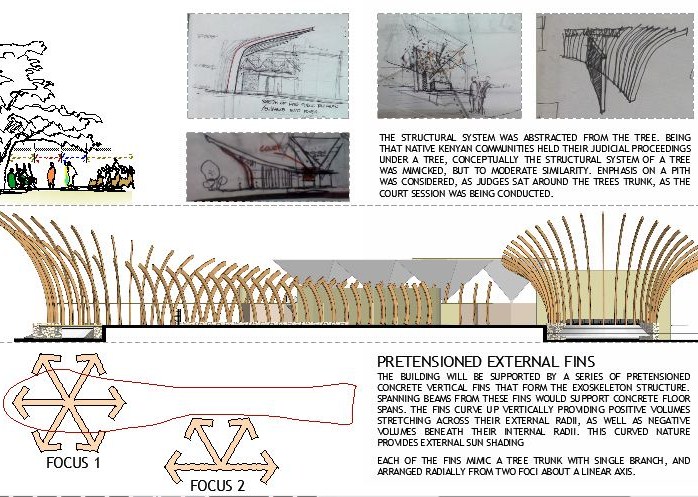 This abstraction from the tree results into vertical concrete fins that shell the entire design forming an exo-skeleton that supports concrete floor slabs and curve vertically creating positive volumes stretching across the external radii, as well as negative volumes beneath their internal radii. The outwards curving of the fins is not only aesthetically sound but serves to shade the facades below them as they curve upwards.

With the three wings of the design the designer is able to achieve natural day lighting into the spaces creating and he enhances this by provision of well shaded roof lights. The natural lighting system of the habitable spaces is also manifestation by the conscious choice of the designer to place the passage ways in the middle of each wing and the space to the edges. The choice of bamboo for the roof trusses is not just economical and can span longer lengths due to the strength but is also friendly to the environment.

This is one project that has tackled the current issue, with informed and abstracted reference to the past but for the future of not just the Meru county but Kenya. With this project, then every county will have a reference. 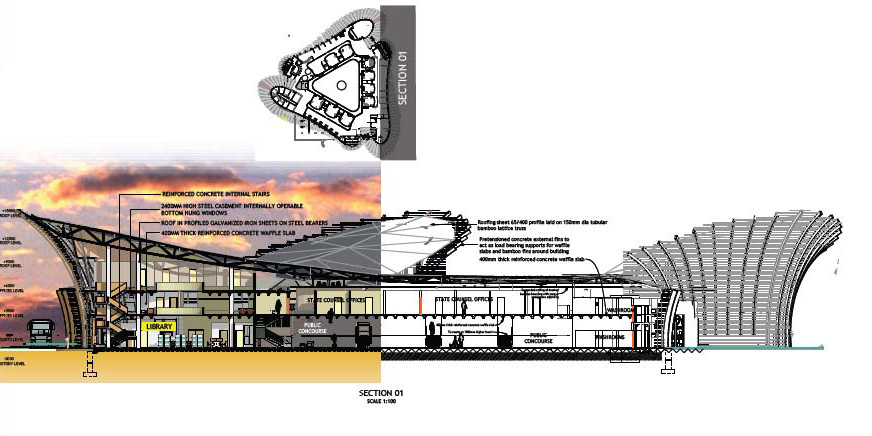 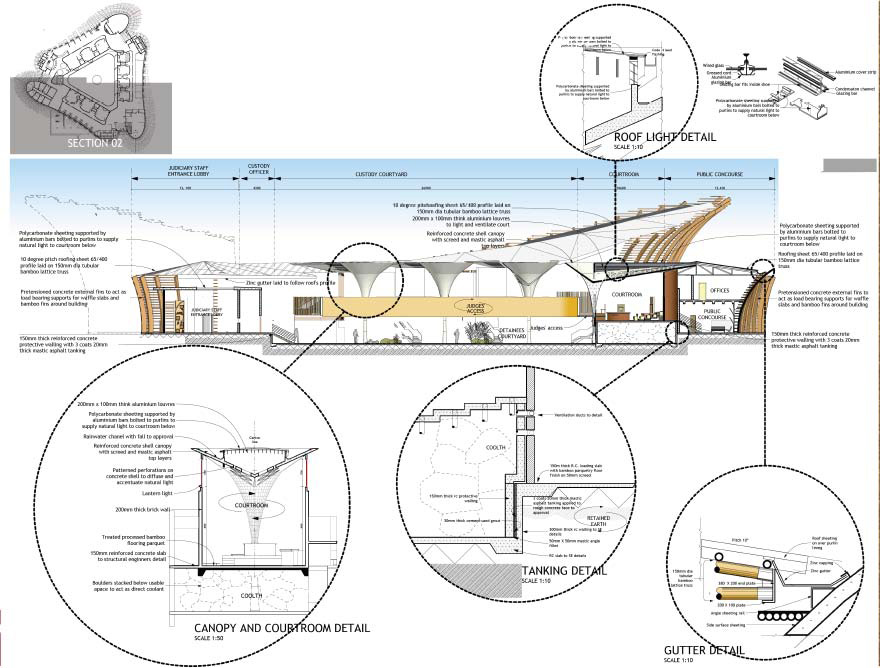 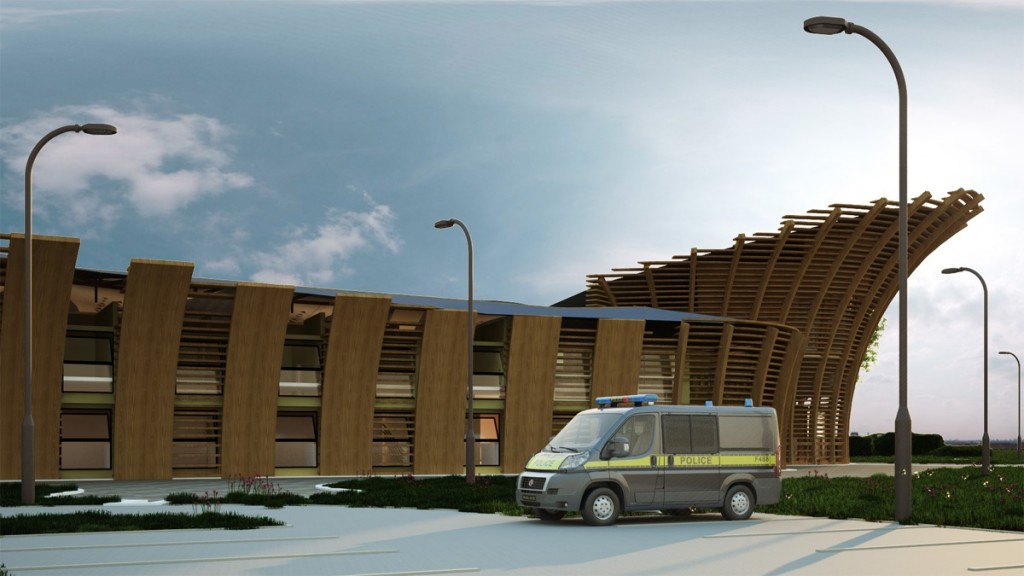 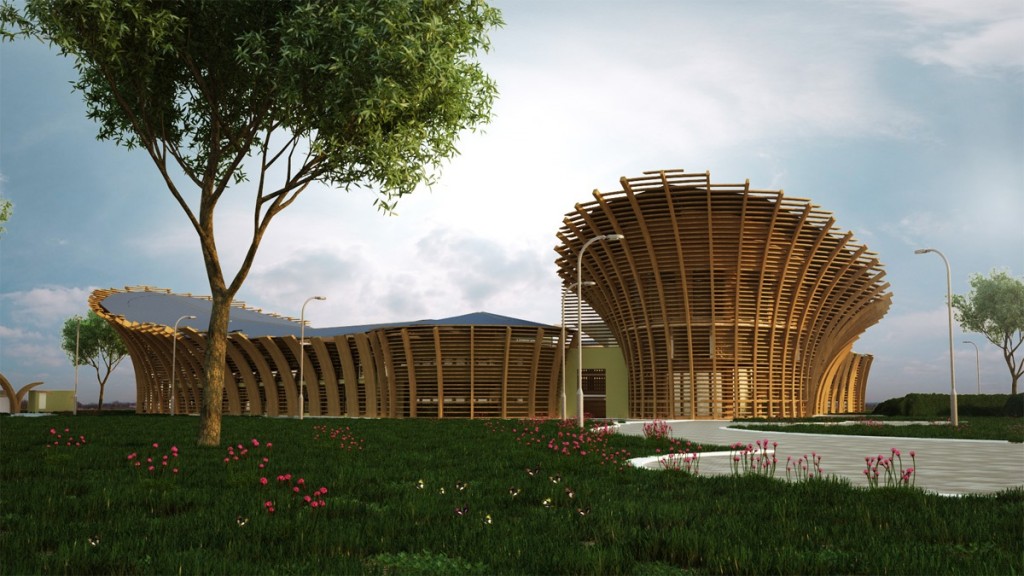 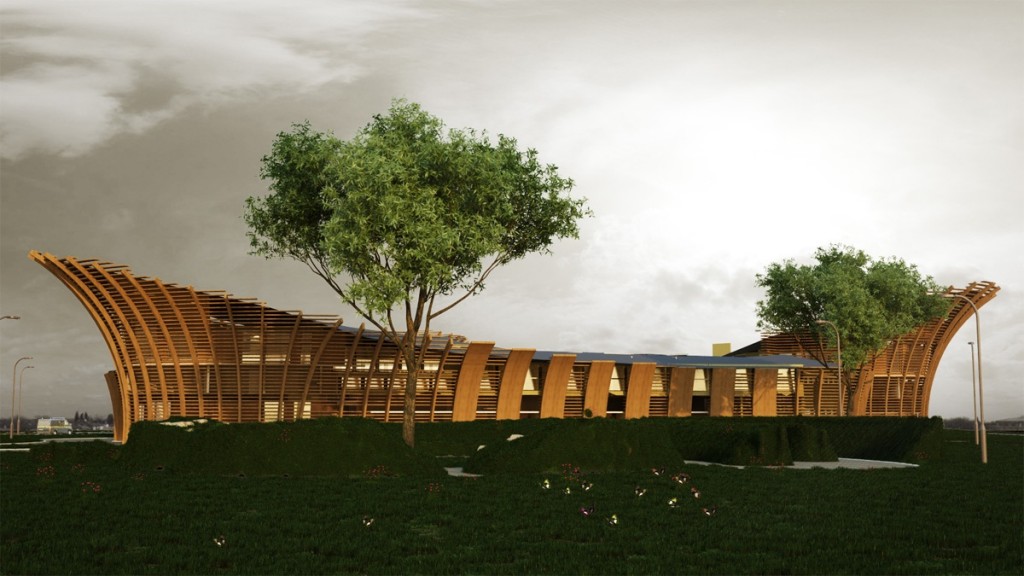