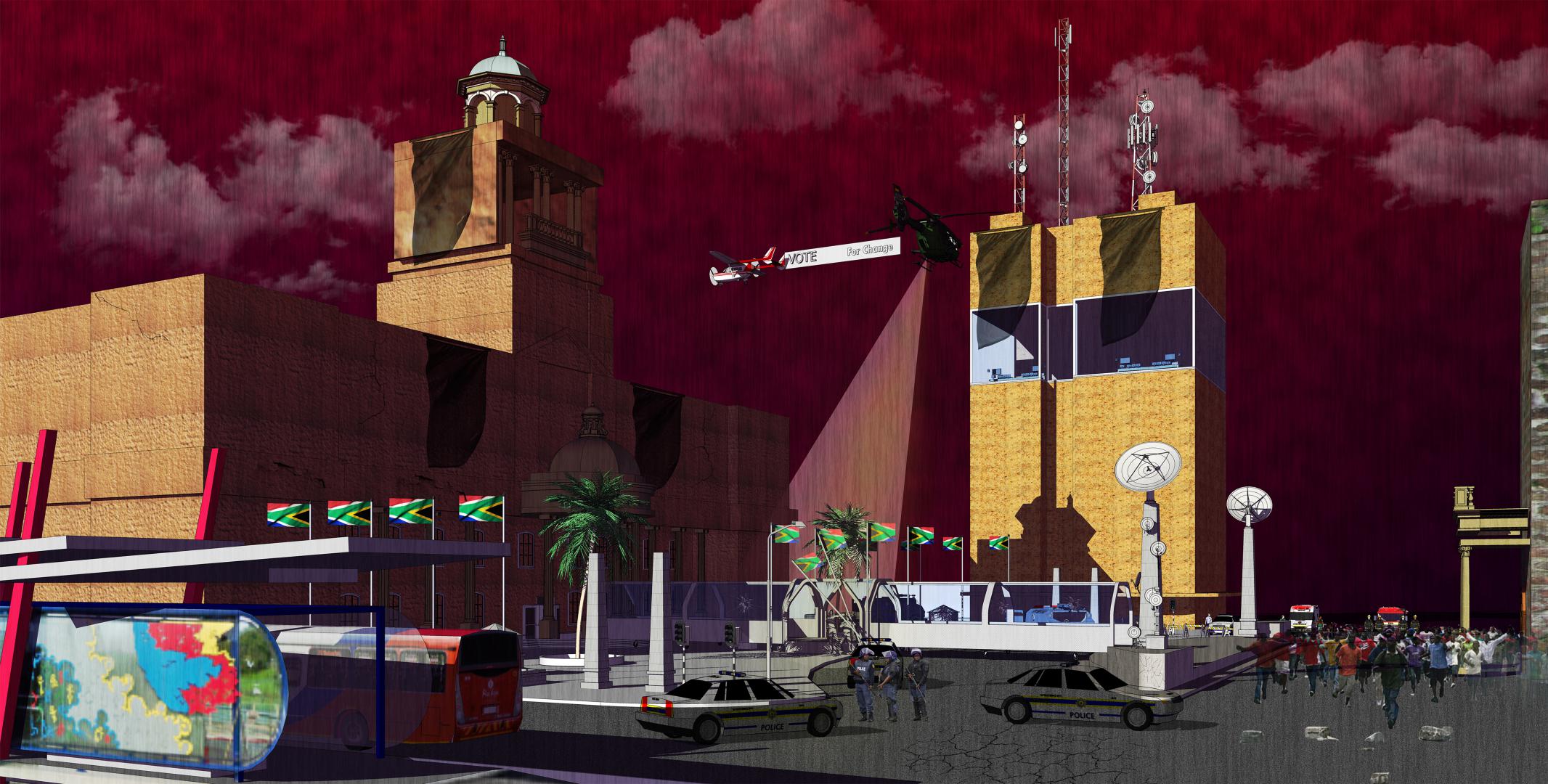 In doing so, the project looks at ways to ensure political dialogues between various power holders and its citizens. With Forensic Style drawings and analysis, the writer offers a design intervention that is speculative with an aim to uncover and formulate questions.

“Stability is not always possible, because the dynamics of growth alter power relations and generate potential challengers that, when dissatisfied, can seek to challenge existing status quo”.

The politics of power cuts across many fields in its quest to achieve its objectives. Among these fields, architecture plays a pivotal role, due to its physical presence and infrastructure to hold basic operational functions.

The physical form lends a degree of permanence that can be integrated in the public imagination and subsequently live in history – affording architecture the right and responsibility to be representative and bearer of the ideologies of its shepherds. This dialectic relationship between architecture and politics suggest that the traces of power alterations that accompany politics can be found in architecture.

With an emphasis on transitional political power, this project seeks to identify the logics, patterns and roles of architectural elements in holding or disassembling transitional power. Through a series of forensic drawings, mappings and cataloguing, the project seeks to build an inventory of tactics, forms, materials, programs and narratives that can produce an architecture that is deliberately contemplated for power and the transition thereof.

In transitional democracies, such as South Africa, cities filled with a series of outlived ideologies and resulting architectures, certain sites have been identified as key actors in these different political transitions, thereby providing an urban laboratory to unpack and understudy the identified dialectic relationship between architecture and political power. Constitution Hill and Rissik Street in Johannesburg may be argued to be good examples of these sites due to their ability to highlight the political volatility of South Africa, a nation dubbed the protest capital of the world.

Rissik street Johannesburg, a site with a long-lasting history of hosting public demonstrations and riots reveals the role of protest in the various political power shifts. This site provides a urban political armature for a speculative design intervention that seeks to accommodate all three tiers of government (National, provincial and municipal) and ensure via a series of spatial maneuvers and tactics, a political dialogue can be achieved between the citizens of state and the custodians of power.

This project treats Rissik street as a broad site in consolidating both power and dissent, in so doing it will test the capacity of architecture to consider previous and future iterations and be a repository of political shifts while firmly holding authorities’ symbolic power – temporarily. The project aims to demonstrate the possibilities of architecture to facilitate more complex power transitions of politics in flux.