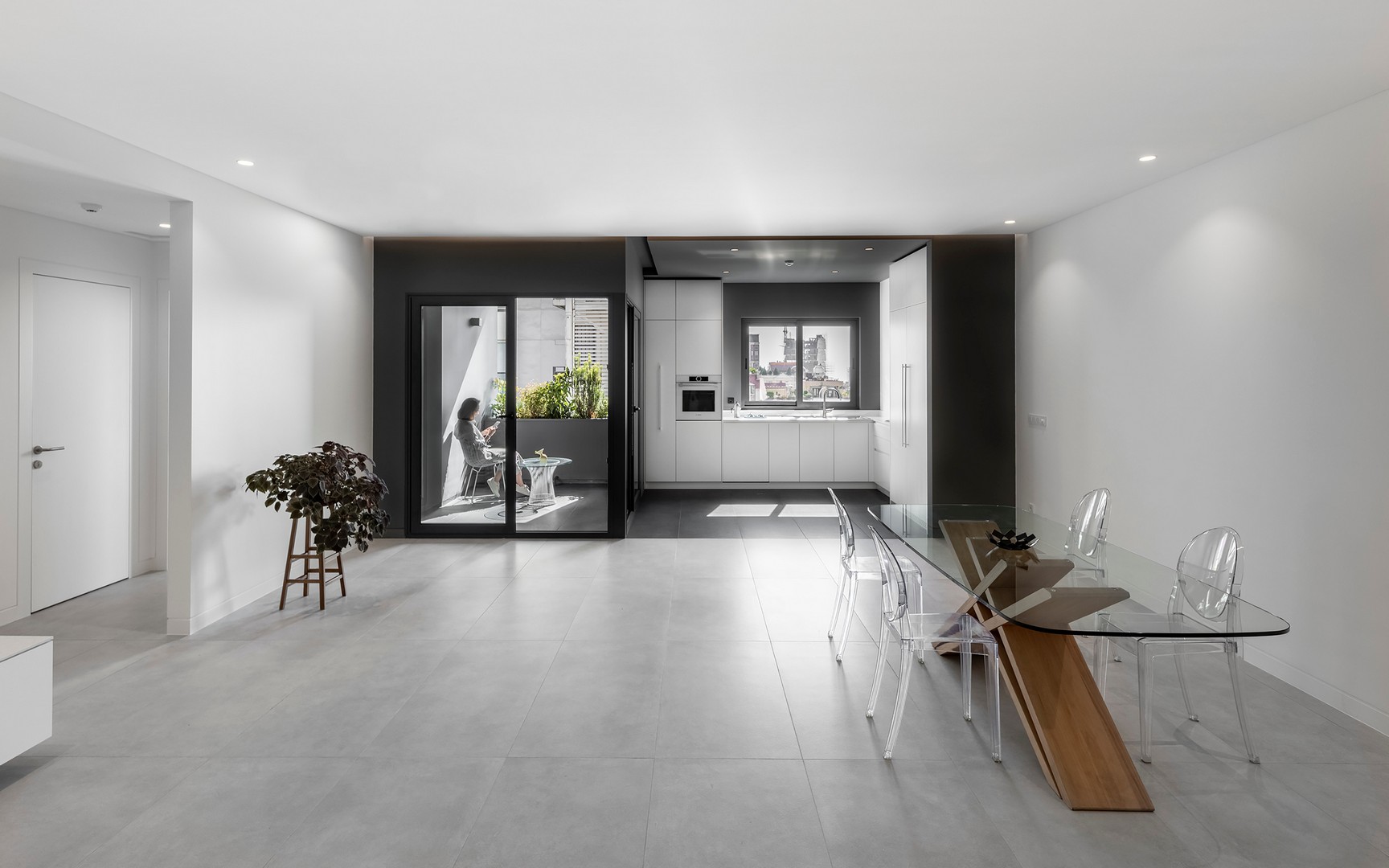 Void+ is a Distinctive Apartment Building in Iran by Studio Pousti

VOID+ is an apartment building developed by architect Maryam Pousti. The building is located in the Northern part of Tehran, Iran. It strives to offer an alternative to conventional models of habitation and dense urban living, which has resulted in closed-up building envelopes that lack a dialogue with their context.

Situated on an extremely narrow site, VOID+ consists of 10 units on 5 Floors. The striking feature of the apartment building is an intimate void strategically carved in to the north façade in an attempt to engage the building with its periphery. The massing of the void creates a vertical flow between the skyline of the building and its feet.

The main entrance is defined by the particular moment when the verticality of the void turns in to a horizontal plain stretched 20 meters along the length of the building. This horizontal platform connects the street level to the back garden. The aim is to re-define the apartment building’s territory, and to assimilate a single-family house that expands into its surroundings without the interference of rigid borders.

The interior layouts of the apartment building reveal a deep structural and volumetric connection to the façade; a vocabulary that is used throughout the project. The juxtaposed volumes of the void offer playfulness through shifting perspectives and views, allowing the interior and exterior boundaries to be experienced simultaneously. The Hide-and-seek between inside and outside takes place through the interplay of solid and void, challenging notions of exposure and privacy.

There are two units on each floor; rendering noise and privacy as driving forces in the positioning of a rectangular stairwell, which acts as a buffer to prevent sound and direct visual contact between the units. Each unit sits around an intimate balcony, which is perceived as an interior garden.

There is an arrangement for materials and a hierarchy of finishes and textures, which celebrates the value of working with artisans. This is evident in the combed horizontal cement pattern of the façade, which also acts as a conductor of rain water, keeping the building skin clean. Door handles, railings, lighting fixtures, and cabinets have been skillfully integrated into the architectural detailing of the building. Collaboration with makers of different backgrounds in this project is a reminder that buildings are a product of intense engagement and time.