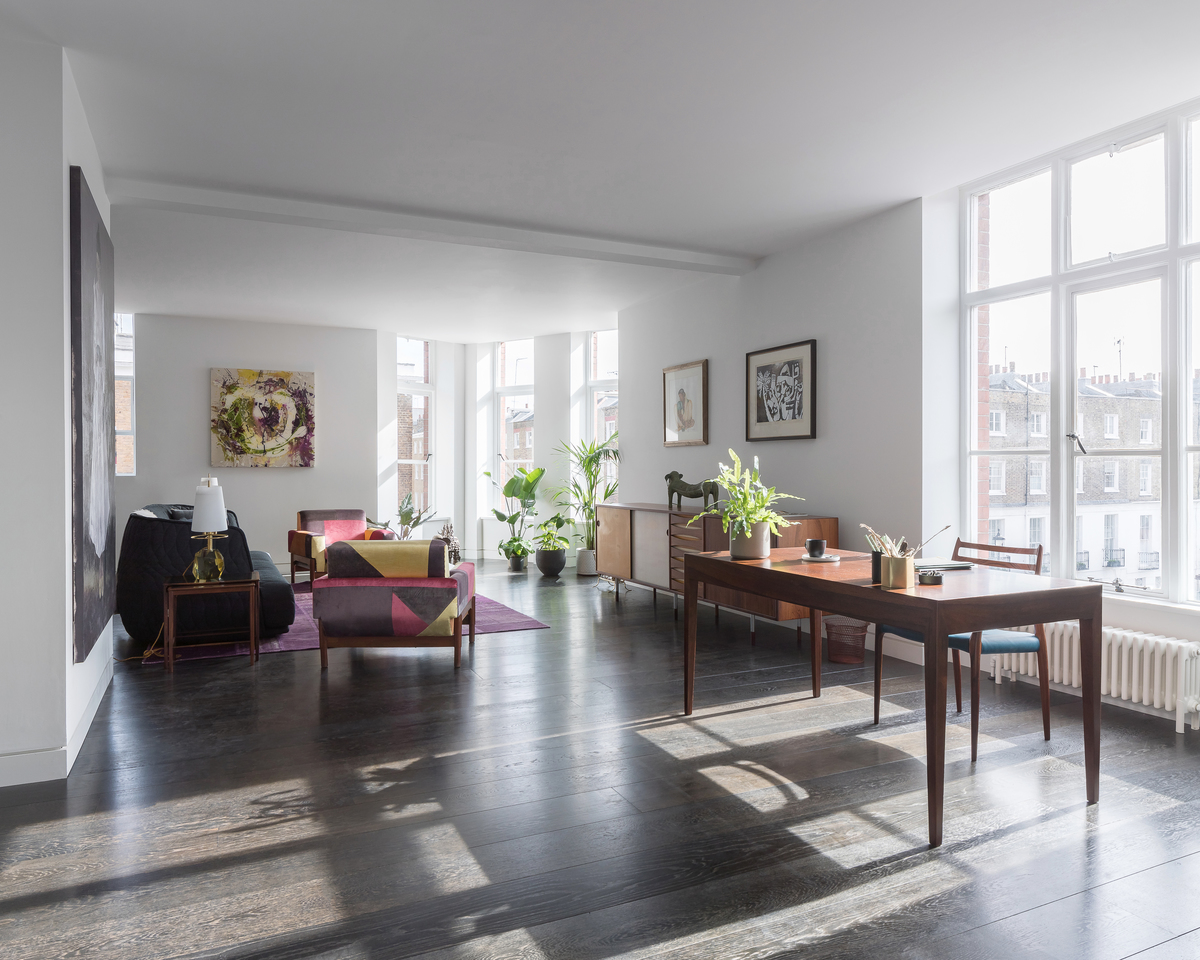 UK-based MATA Architects carried out extensive refurbishment and interiors fit out of a 270sqm central london apartment in a mansion block originally constructed at the turn of the last century. The works included substantial structural alterations and modifications altering the apartment’s layout and introducing new electrical and plumbing services.

The apartment had been vacant for some time, with no discernible works or modernization done in over 40 years. The client, a couple with two teenage children (both of university age) were downsizing from a large house and as such needed to transform the existing 4 bed apartment into a 3 bed apartment. This was an opportunity to de-clutter their lives, forcing them to evaluate and keep only those items that held real value to them.

As collectors of art and antiques, the couple’s brief centered on the desire to create wall and floor space to display and enjoy their collection in their day-to-day lives. There was a focus at each design stage on how and where art pieces and items would be housed, walled etc. This was one factor that influenced decision making with regards to the extent of demolition. Where one client, for instance, would choose to remove a given wall in it’s entirety, here the client chose to retain sections in order to preserve walls for hanging art.

With over 4 decades of inactivity, the layout of the apartment was of a totally different era with many small and compartmentalized rooms. This would require the removal of walls and sections of walls strategically in order to open up the space. However, being on the second floor of a six storey mansion block meant this was not straight forward. There was also a single bathroom servicing the 4 existing bedrooms so adding new bathrooms meant finding solutions to creating new connections to drainage, water etc. All of these new services needed to be coordinated seamlessly and invisibly with the architecture and interior design.

The apartment features a 20m x 1.8m long hallway running through the middle as an axis. Prior to refurbishment the hall was closed off, windowless and dark, with doors leading to adjacent rooms. This rendered the hall a cut off, mono-functional circulation space.

The hallway but simultaneously offered an opportunity to create a transitional gallery space. As such the large hallway was treated as an additional ‘room’ that opened up and flowed into the living spaces, benefiting from ‘borrowed’ natural light and views through adjacent rooms and out to the street. It was no longer internal in nature or dark, but a bright passage that housed multiple art pieces.

The new layout worked in as far as practically possible, with most of the services. The kitchen remained in the same location, as did the living and dining rooms but they sought to open up these spaces more to one another and to the gallery hallway.

The strategic demolition of a section of wall between living room and hall extends the hallway into the living space, blurring the boundaries between the two and bringing natural daylight from the South facing living space deep into the long hallway. Based on numerous evaluations with the structural engineer, the architects opted for more strategic, surgical demolitions such as this that not only saved the client money, but also responded to the client’s desire to create or preserve wall space for the display of artwork. Retaining sections of wall also contributes to a layering of the space; a more nuanced rendering of spaces where one space leads on to another and another.