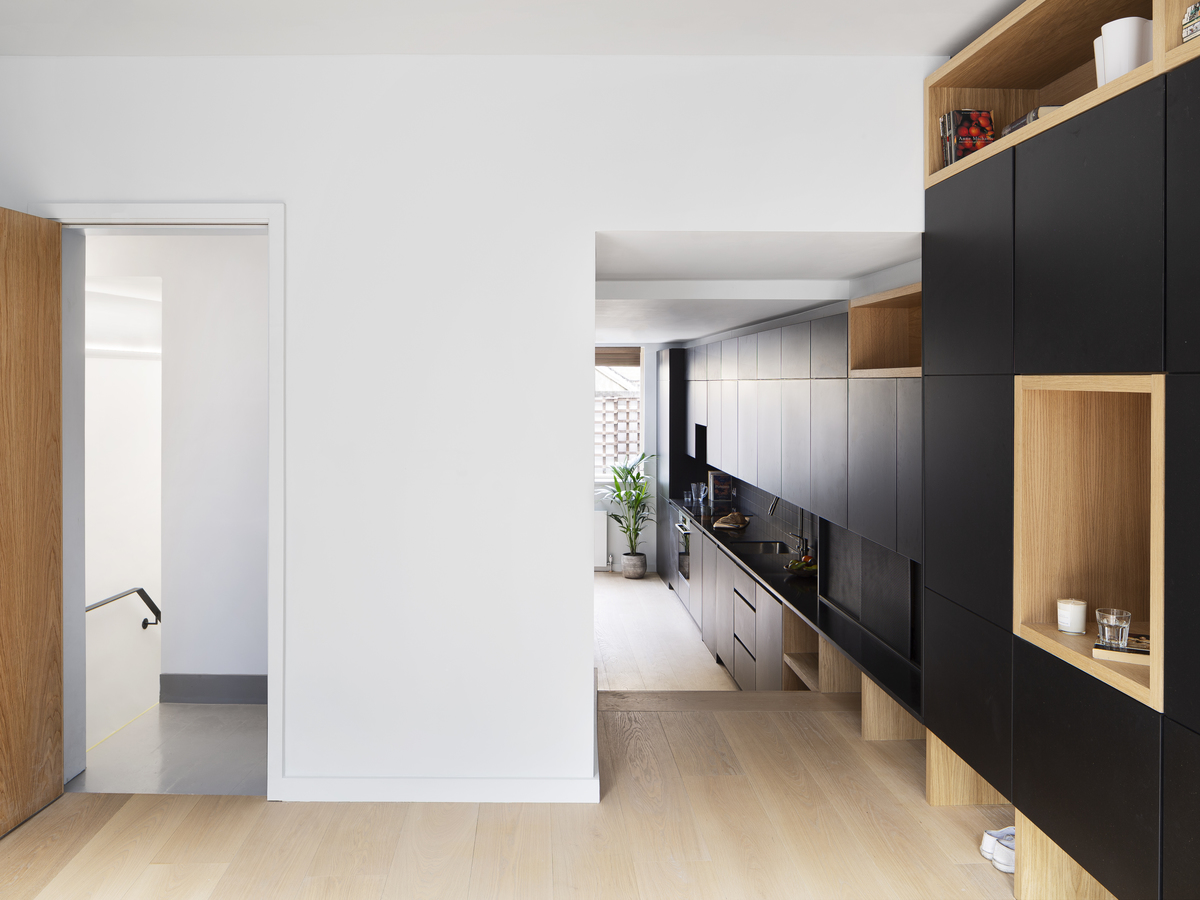 MATA Architects were commissioned by a developer client to maximise the rental value of a dormant 3 storey terraced property on Clerkenwell Road, in the Hatton Garden Conservation Area, London, by converting it into 3 high-end Studio Apartments.

The project is a unique response to the densification of urban city centres, especially now more than ever, with space is at a premium. After a process of negotiations with the planners, MATA developed a concept for the scheme, which utilises the existing staggered floor plates to create characterful, split-level accommodation with front and rear aspects and the introduction of a ‘living wall’ housing all essential components for living.

The property, un-modernised in over 40 years, was constructed with staggered floors so that every level was split over 2 levels, each separated by 3-4 stairs and approximately 60cm height difference. This, combined with the very small footprint at upper floors (approximately 35sq.m before extending) made it very difficult to configure the building as independent flats. More so, they would have to contend with introducing new services for the proposed flats.

Whilst we initially explored solutions that involved gutting the building internally, replacing the existing floors with new and level floors throughout, the associated increase in estimated construction cost was prohibitive in relation to the gain.

Instead, we found a way to work with the split level character of each floor. The steps separating the two sides of the floor became a natural divide between living/ sleeping spaces on one side and kitchen/ bathroom on the other. The building was also extended at the first floor with the dormer window on the third floor enlarged to accommodate a new kitchen.

Then we developed the project’s central concept of a ‘living wall’; a continuous wall of bespoke joinery that runs along the back wall of the studio from the living/ sleeping level and down to the kitchen. This wall of joinery contains all of the elements of every day life; a full kitchen with cupboards, a wardrobe, a fold up bed, a dressing area and general storage so that clutter is easily contained and these small 37 sqm studio apartments feel sizable.

Next
Inside the Sky House in Vietnam by MIA Design Studio