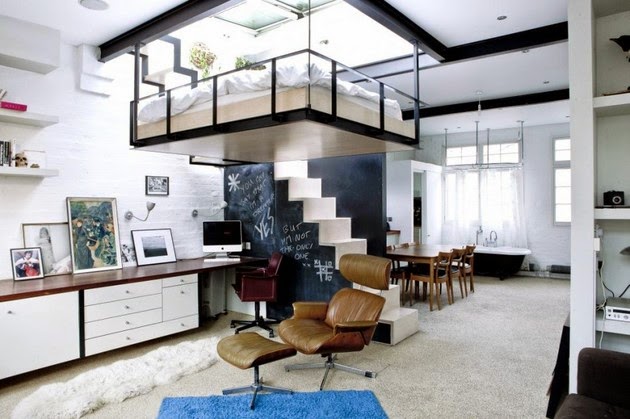 Livin Spaces·Nov 13 2014·0
Now theres space saving and theres SPACE SAVING, then theres this.
Making the best possible use of the high ceilings and industrial skylight, this desperately dimunitive apartment in London features a bed that is NOT on the ground. No, its not a Murphy Bed either, (which would’ve been much easier I presume) nor is it some nifty fold-away contraption. Like I said, its NOT on the ground, its literally floating above it. This truly one-of-a-kind sleeping platform, finds itself, suspended from the ceiling in a bid to save much needed space, within an apartment that has its bathtub in the dining room, with virtually all functional activity areas sitting in one small space. (I take that back, a Murphy bed might not have been easier. A sofabed perhaps)
The hanging structure of the bed is attention grabbing, drawing the eyes upward to witness this floating rectangular mass and simultaneously providing a ‘bedroom’ of sorts. Its cozy and functional (maybe a little daunting for some) and offers a great view of the British Sky via the skylight above it.
To get to this floating oasis, what looks like 600mm wide steps were built to provide access, doubling as a chalkboard wall nook for the adjoining office area.
Some would argue that, the stairs take up some space, but comparing that space to what a standard sized bed would take you begin to see the sense in the idea. Also, the stairs provide access to the roof of the building, through the retractable skylight, perfect for summertime chilling, that no one else would have access to other than the resident of the flat. Just don’t do it on a rainy day. 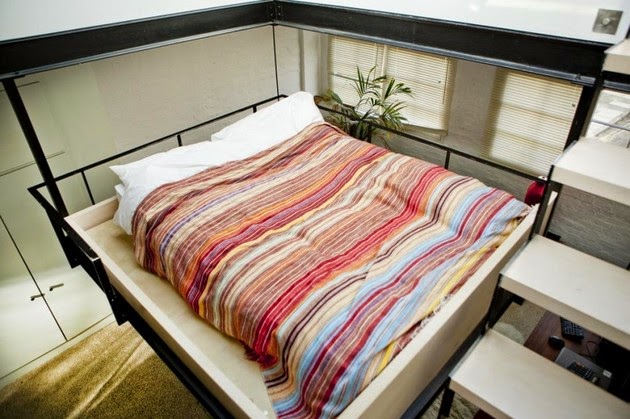 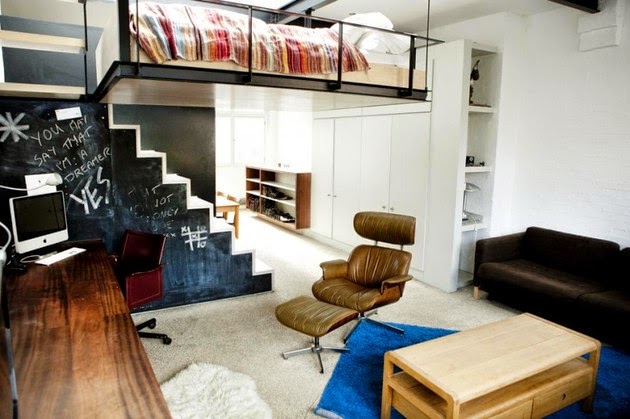 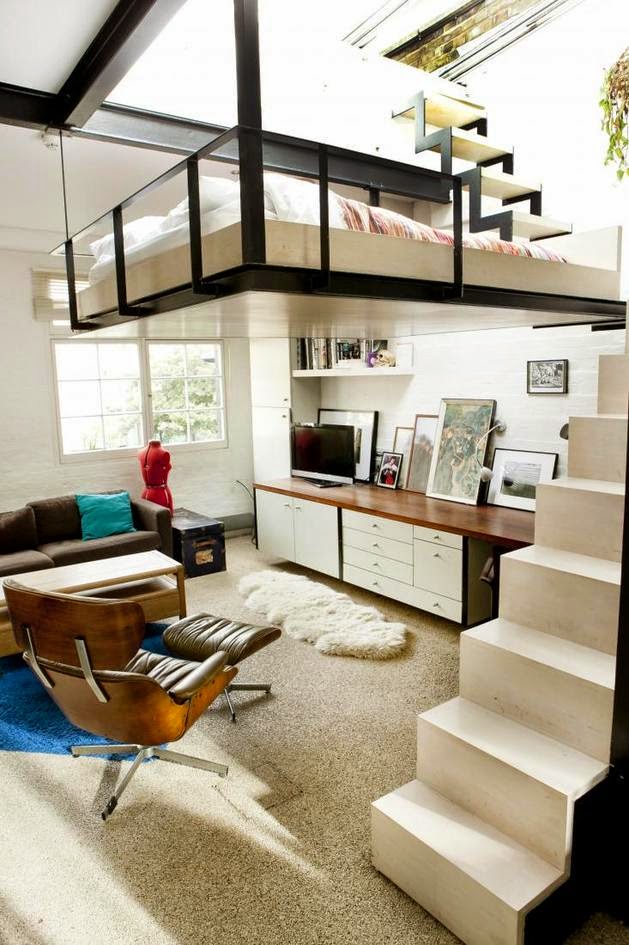 Sensibly, the bed does not obstruct daylight through the skylight and is low enough to make sure anyone sleeping would not be butting heads with the ceiling. Sure, there may not be alot of room to move around on the bed, but hey its for sleeping anyway. Truthfully, its somewhat scary but still a very novel idea that solves the apparent problem perfectly, saving space and providing well sized sleeping, just don’t roll out of bed.

Next
Abroad ~ A Photography exhibition by Francois-Xavier Gbré at Art Twenty One, Eko Hotels and suites, Lagos