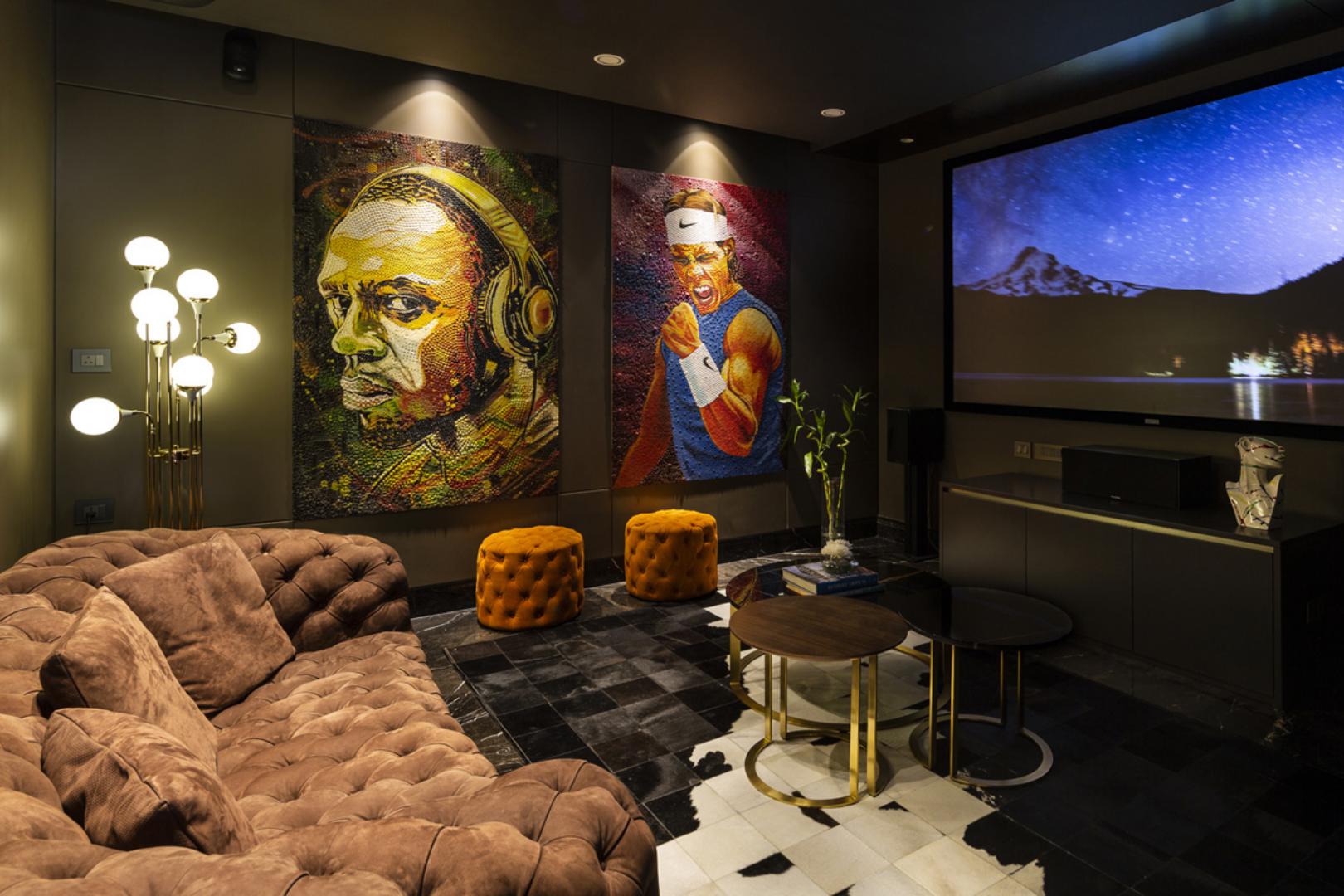 The client approached us after briefly working with another design team. He was unhappy with the initial outcome and gutted the apartment to start again from scratch. Being a thirty something sworn bachelor for life, he wanted a home that was luxurious, hip and had a very masculine feel. At the same time he mentioned that his mother would visit often so the apartment couldn’t be too over the top.

The idea was to bring in the ‘luxe’ factor by using luxurious materials like brass and Italian marble, but in a restrained and understated manner. This was a thought echoed by the client since he has a great love for marble and wanted to use it as much as possible, but didn’t want the outcome to be gaudy or too bling.

The way the apartment was layout meant that there was a long passage that bisected the entire apartment. Since there was nothing we could do about this, we decided to make this a major design element. We used back lit onyx to define a small lobby area and then ran the same Italian marble used in the floor, through much of the ceiling as well. At the end of the passage was a niche that housed a colourful sculptural horse that the client had picked up during his travels. We also created a metal jali that acted as a screen between the drawing room and the passage. The screen had elements of brass that added to the luxe factor.

The passage opens out into a drawing room on one side and the dining on the other. We created distinctive marble architraves to define these two areas and add a sense of scale and luxury. Most of the Colors we used throughout out the apartment were dark muted tones that were inspired from the marble itself, with varying shades of taupe running through most of the house and master bedroom. The dining room is spectacular with its grooved wall that acts as a backdrop to some artwork, and the black marble table top with peach coloured chairs makes quite a bold statement.

The two guest rooms were treated slightly differently to the rest of the house. We played with a black and white concept where one of the rooms was light and bright while the other was dark and brooding and minimal. This was deliberately done to add a sense of playfulness and drama and lend a break from the Colors theme of brown that was running through the entire apartment.

One of the bedrooms of this four bedroom apartment was converted to a home theatre space and we did go over the top here with dark walls and ceilings and a wall there we had two giant portraits of Rafael Nadal and Usain Bolt commissioned especially for this space. What’s special about these portraits, aside from them being incredibly colourful, is that they are made from buttons!

The master bathroom is a very masculine space with a huge bed and a replica Eames lounge chair in faux cow hide that takes pride of place. The huge attached master bathroom is again done in a light Italian marble and a lot of detailing was done to create a herring bone pattern above the vanity to make use of some marble that would have otherwise gone to waste.