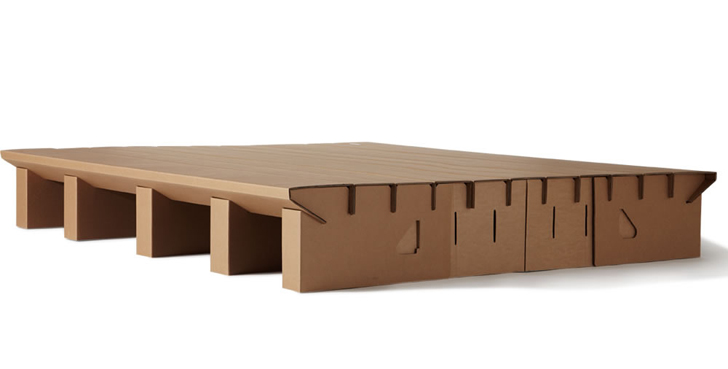 As a kid I had a knack for craft. I’d make all kinds of things with paper, from boats to planes, figures and even furniture. I picked up origami as I got older and it was a tonne of fun. So you can imagine the joy I feel in this day and age, seeing actual real life, full scale furniture being made from paper….well, at least sort of.

Introducing the Paperpedic Bed, one of a number of paper, or better yet, cardboard products from an Australian group of engineers and designers called (and rightfully so) KARTON.

As they describe it,

The Paperpedic Bed is a system of cleverly folded paper panels which connect to form an incredibly strong and beautiful cardboard bed base. 100% recyclable, a single Paperpedic Bed can be assembled to any one of 5 widths ranging from 120cm to 180cm in minutes. The Paperpedic Bed has a load capacity of over 2 tonnes.  Impossibly strong, conveniently cheap and dashingly handsome, it assembles in minutes!

One could also get the bed with “Paperpedic Bed Drawers” for extra storage. It sounds crazy but its not, its a bed that could either be queen or king size with storage drawers all made from Cardboard. 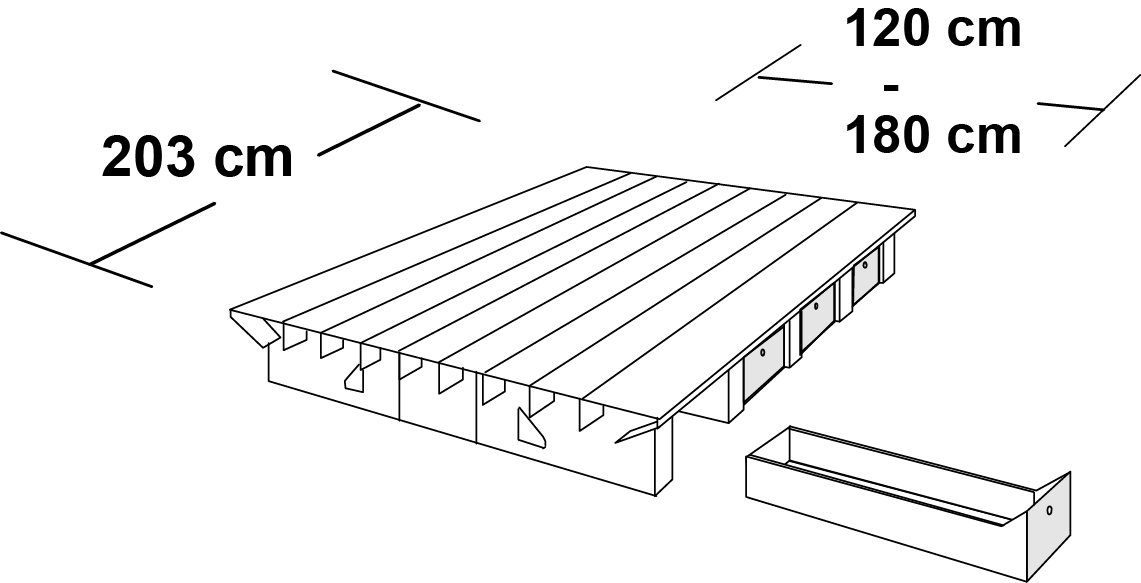 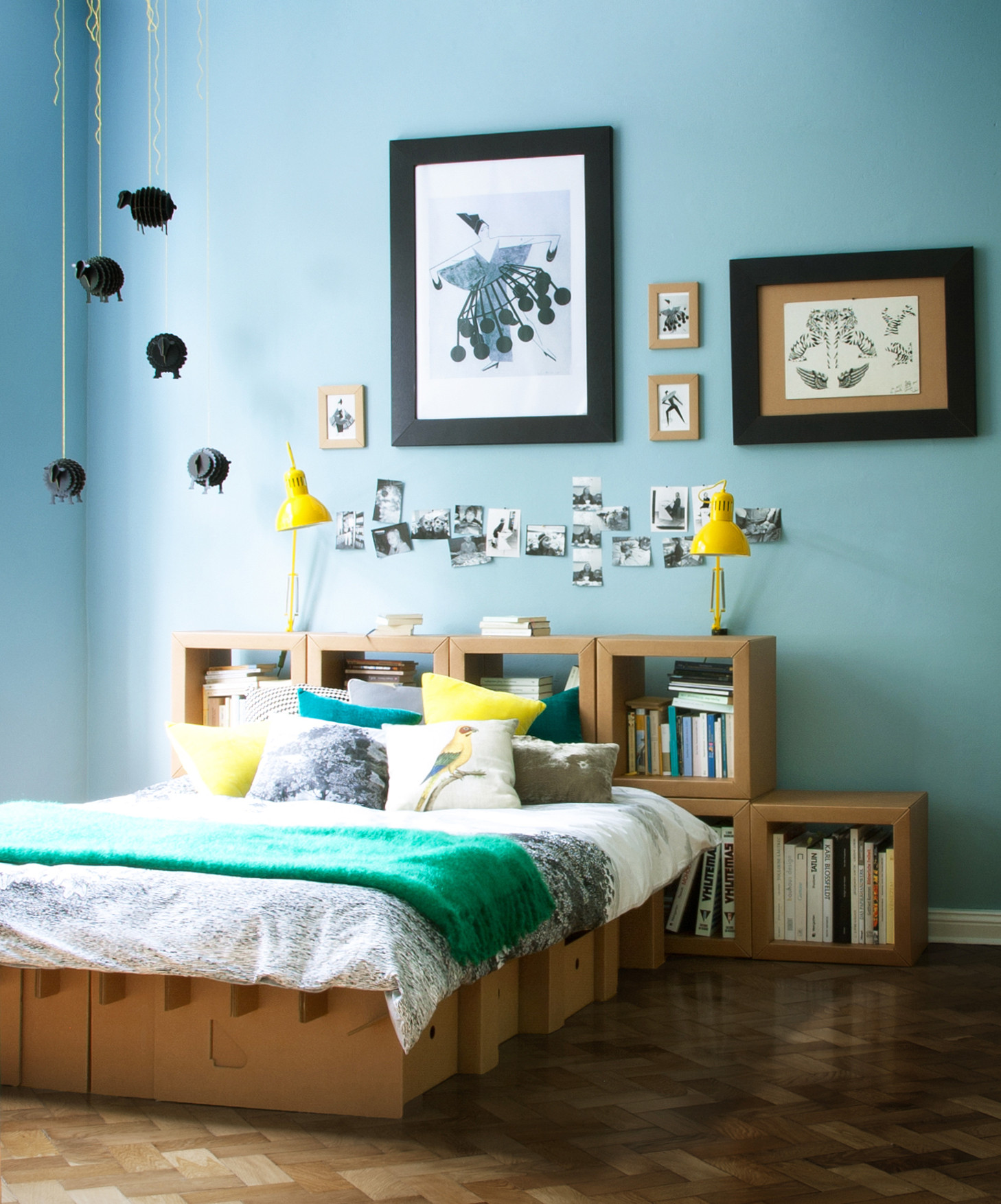 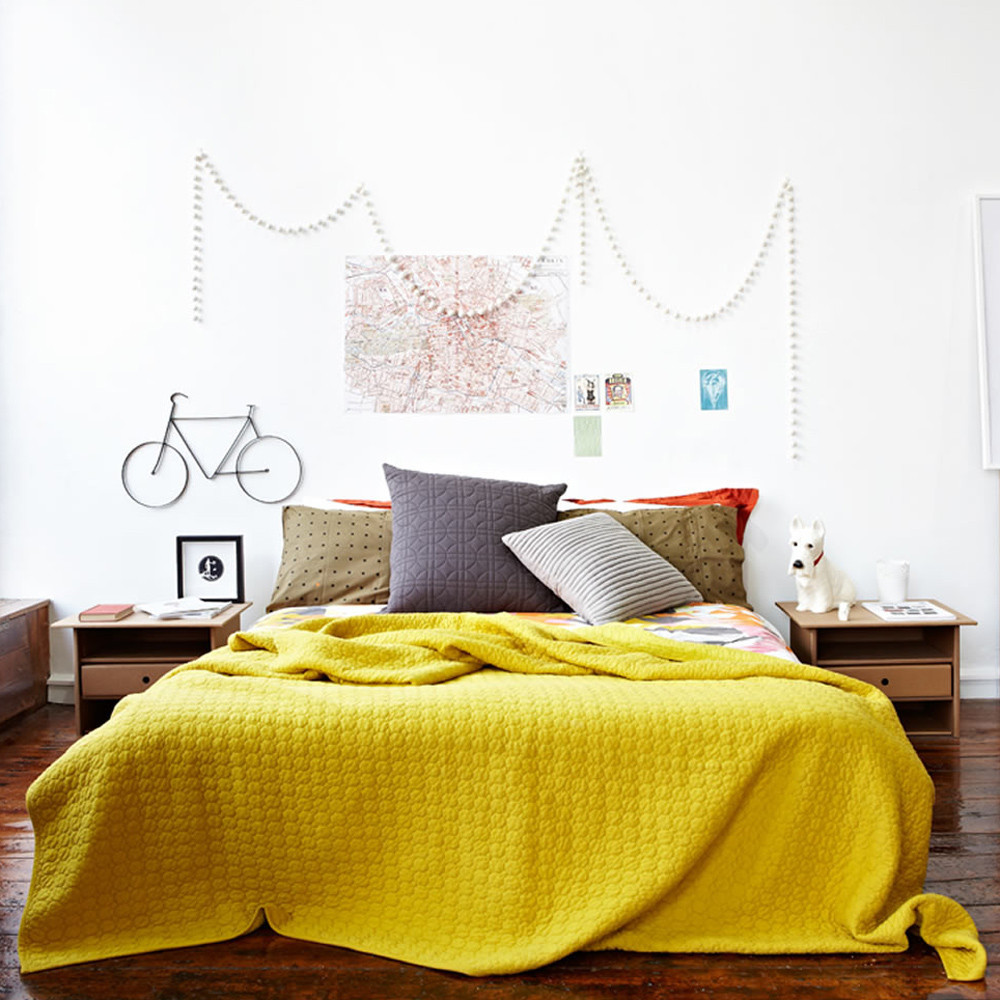 Now you may be wondering, “A bed from Cardboard will bend naaa!”, well, to prove just how sturdy their bed really is, they conducted an unusual strength test with the help of a group of gymnasts…

They also carried out another test, which must have set some kind of record for “Most people to stand on a cardboard bed” as the bed was able to carry 22 fully grown adults, thats right, 22!. Heres an article on the test from the dailymail as well as a video for any ‘doubting-Thomas’ out there. 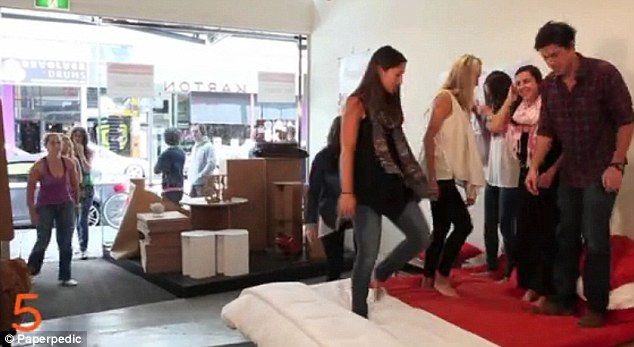 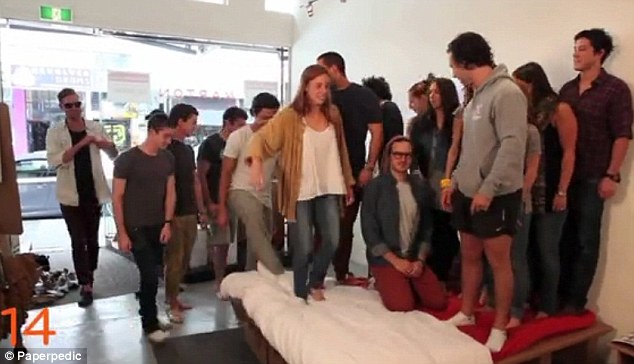 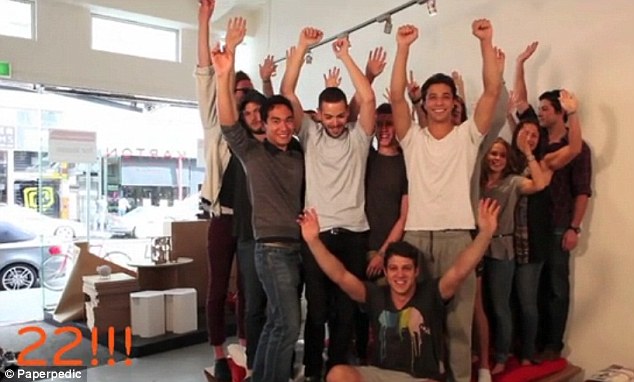 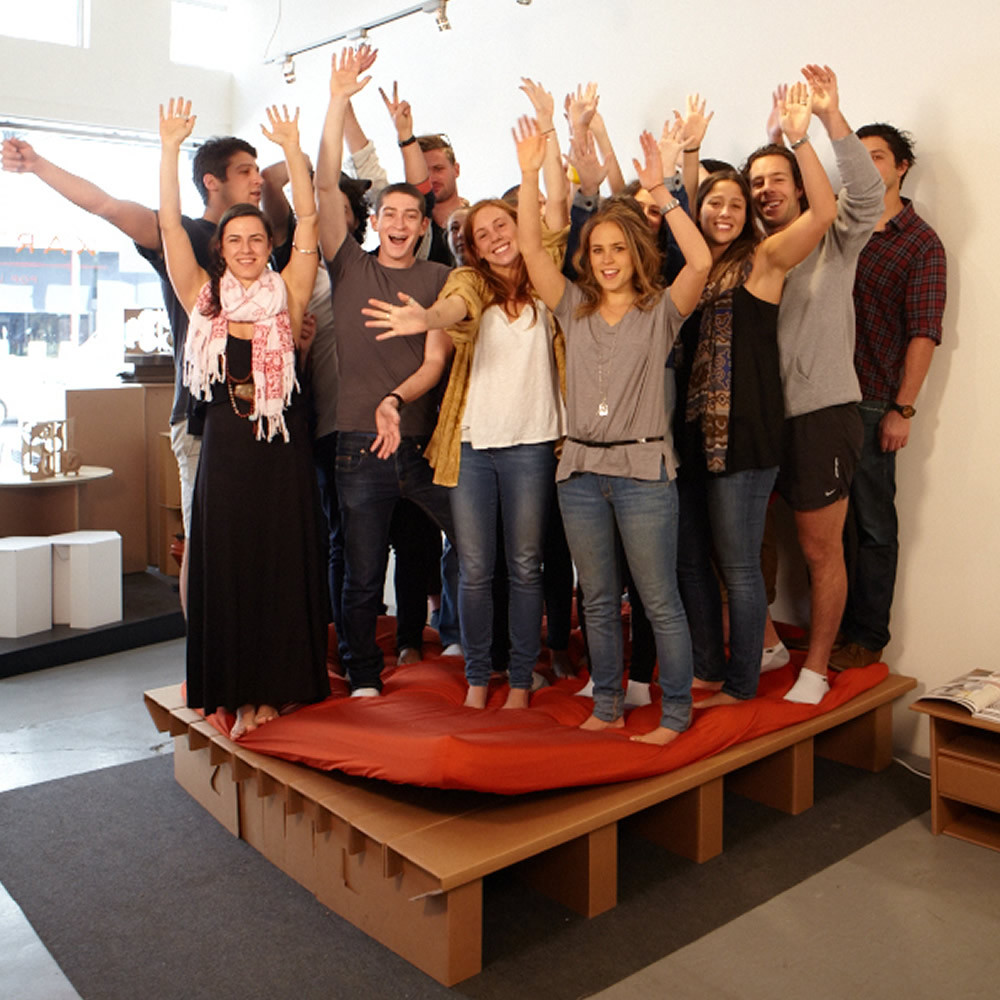 As I mentioned earlier, they have a great lineup of other cardboard furniture products that would give regular furniture a run for its money. Sadly, the products are only available in Australia for now, so I guess we’ll just have to make do with Baba Idowu and co for our furniture needs here in Naija….Sigh.

Next
A GREEN OASIS: The Babylon by Vo Trong Nghia Architects