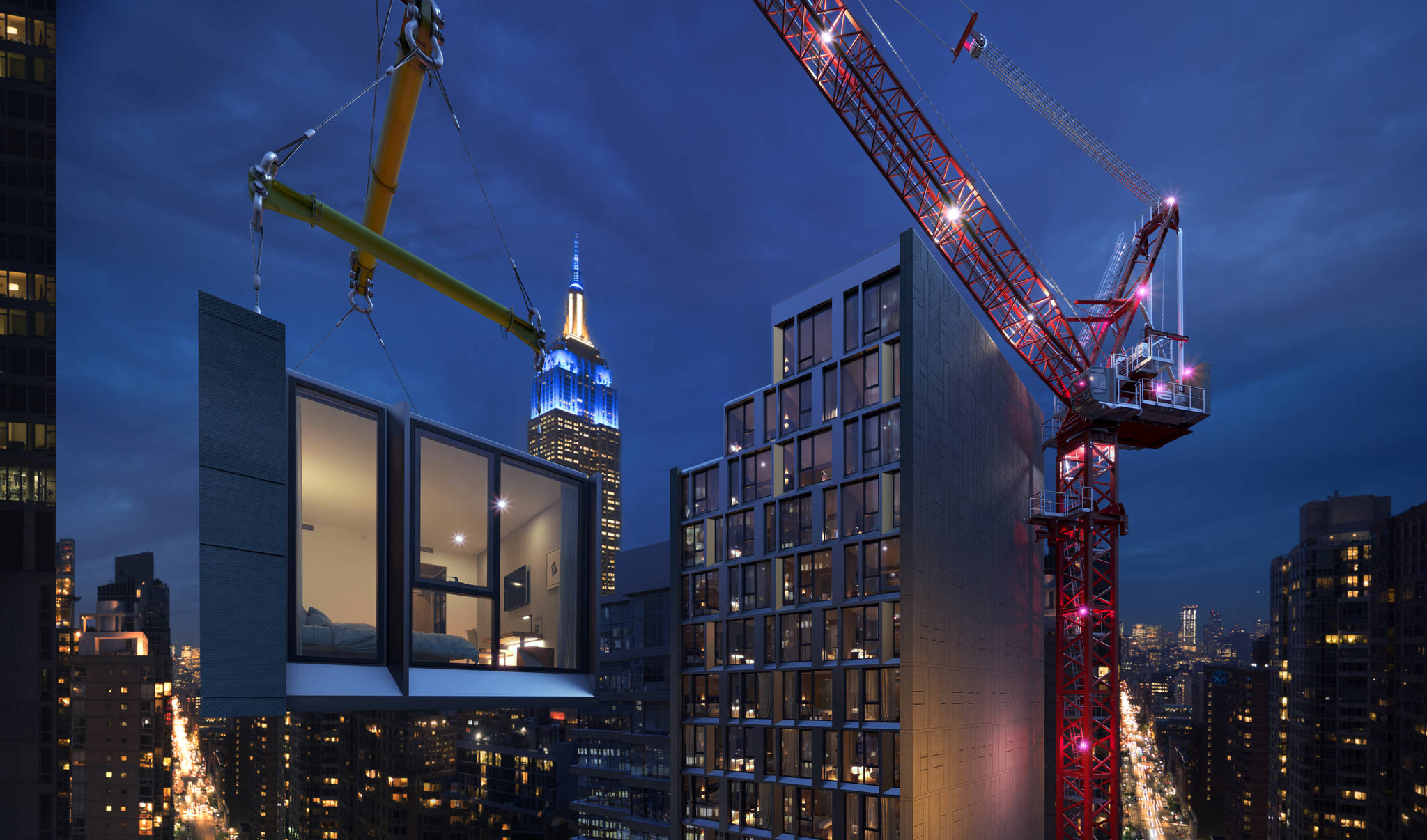 The hotel’s design features prefabricated, prefinished hotel room units that arrive at the hotel site before being lifted into place by crane, one by one. Each steel module contains one fully outfitted guest room – pre-painted, decorated and outfitted with beds, bedding, flooring, even toiletries. The hotel’s roof and rooftop bar are also concepted using modular construction, while the hotel’s public areas, such as the restaurant and lobby will be constructed using traditional methods.

“In North America, the construction process hasn’t changed significantly in 150 years and it’s ripe for innovation. The world’s tallest modular hotel in one of the world’s greatest destinations will act as a game-changing symbol to ignite even greater interest in modular among the real estate and lending industries.”

The architect’s angled but hyper-symmetrical guest floor plan leverages all of the efficiencies one gets from building in a factory. The design still allows for variation — King, Queen/Queen, ADA-Compliant, and Connecting Rooms — but with consistent room bay widths and prototypical details that capture major cost savings. And with an arresting facade that captures the eye.

DMDmodular – one the leaders in prefabricated prefinished volumetric modular construction – was selected to manufacture the 168 prefabricated modular guest rooms. The video presents the first stage of the production process. Each module = one turn key guest room. All of 168 modules are manufactured in Skawina and will be transported from Poland to USA with full fit out in high standard.

The first four floors where common spaces – bars, restaurants – are located will be done in traditional construction, as well as, the communication core (stairs and lifts). The other 22 storeys will be done in modules. Each floor consists of 8 modules which are 8 guest rooms.

“This hotel takes every advantage of off-site manufacturing…but it does so in a way that defies expectation,…..We wanted to demonstrate that modular building can do more than just harness the efficiencies of the factory….It can produce a graceful and iconic tower. And yes, it can do so at the rate of an entire floor a day.”

The hotel was billed to open its doors just after the pandemic in 2020 but construction appears to have been on hold for some time now.