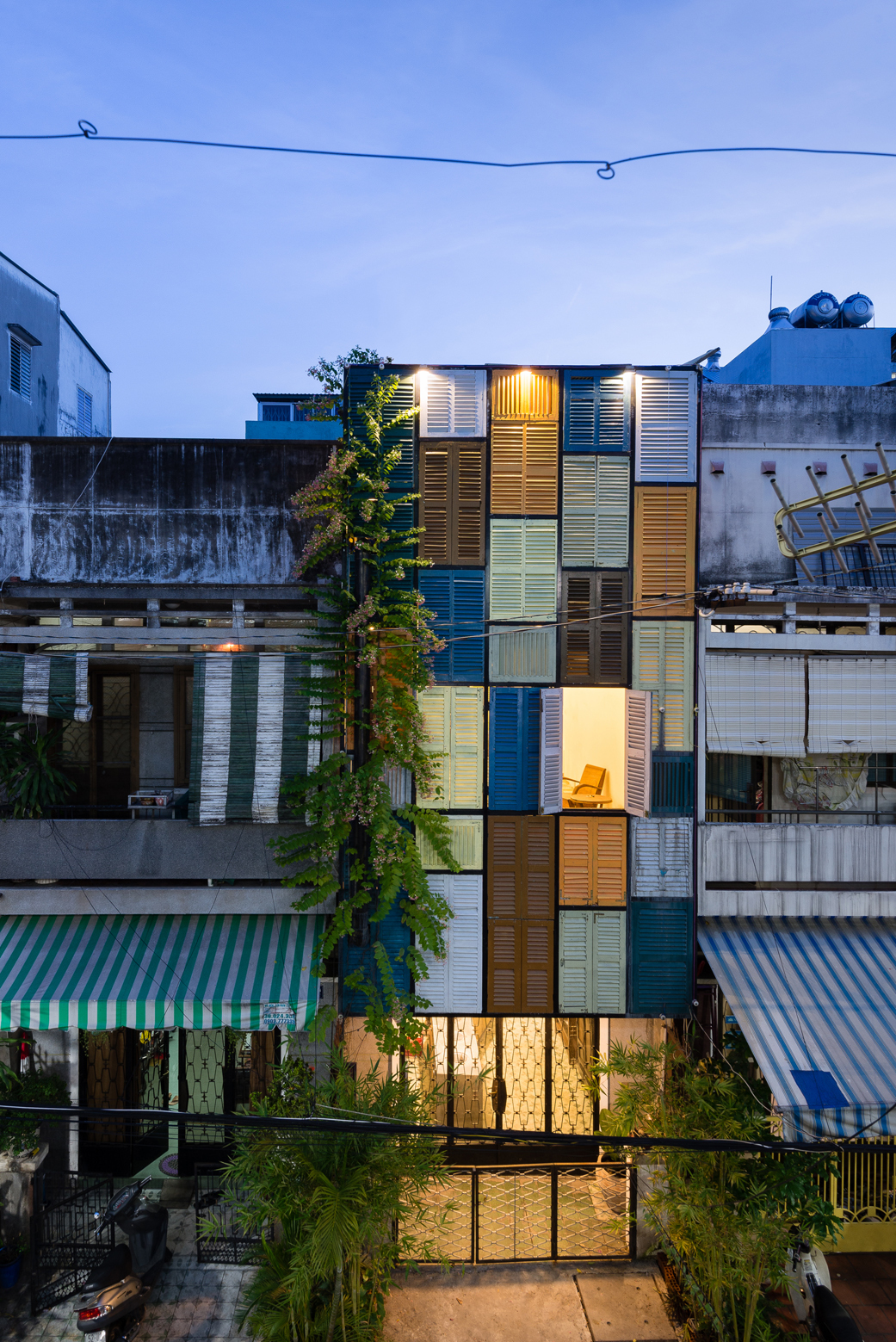 A Creative Confluence: Vegan House in Vietnam by Block Architects

A blend of old and new characterizes this project by Block Architects in Vietnam. This is the Vegan House, an old terrace apartment from the 1960’s that was renovated into a “cultural place” where people meet, share and cook Vietnamese traditional vegan food, hence the name.

The rustic character of the renovation comes from the designers decision to use old abandoned furniture that the owner had kept for years, and running on a tight budget, this seemed like a viable idea. This approach of blending the old with the new creates a fresh space that still holds on to the traditional values of the house but, with a contemporary style and aesthetic.

One of such ‘blends’ would be the main facade of the building which features old windows or window shutters now re purposed in an array of colours that wrap the building  from bottom to rooftop creating something really special. A contemporary style based on a traditional element and material. From a functional standpoint, the shutter windows do aid in the ventilation and daylighting of the long narrow structure, just as they’ve done in the region for decades. They also aid in the partitioning of the interior space.

The space planning sees new atriums, puncturing the long mass and further aiding to bring in air and light to new bathroom at the end of the structure on 2 floors as well as allow the nature now placed on the inside thrive and flourish.

Unrefined cement surfaces and bamboo wattle from the past meet tempered glass roofing and contemporary style, offering a modern experience that revives the regional architecture from the 60’s and 70’s.

Previous
The 30 Minute Move: Room in a Box by ‘Our Paper Life’