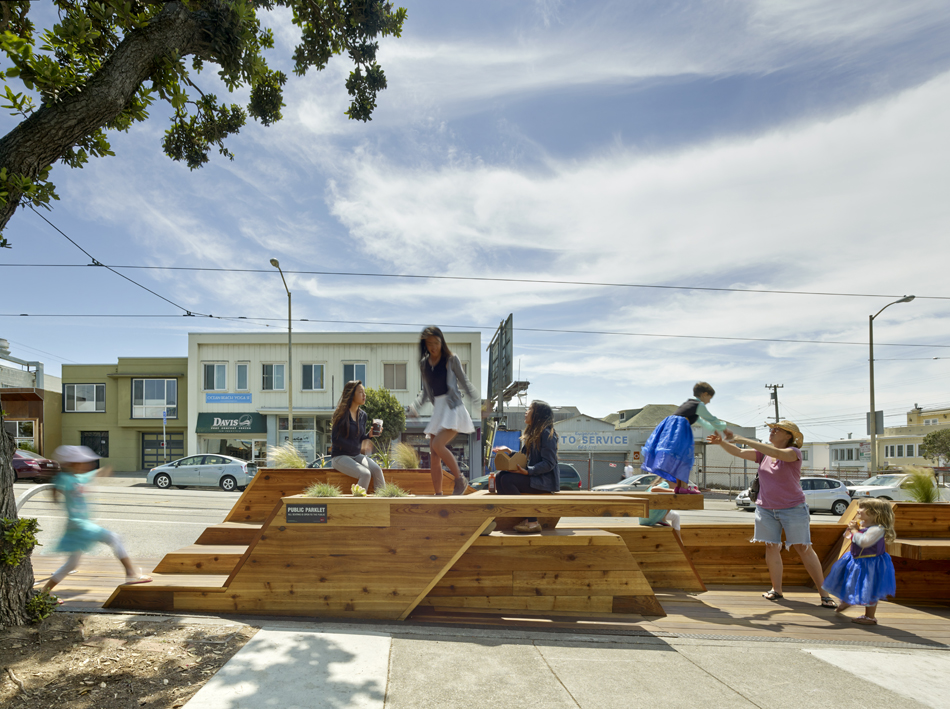 THE SUNSET PARKLET IN SAN FRANCISCO BY INTERSTICE ARCHITECTS

This is the Sunset Parklet, a public parklet in a suburban area of San Francisco designed by Interstice Architects. The concept of the parklet (see wikipedia) is fairly new to me, and in dense urban areas (Like Lagos), it’s definitely a prudent way to include public green and relaxation spaces along the streets, since they take up much less space than a large more expansive public park.

The Sunset parklet consists of 4 equal 450mm wide “strips” undulating along a 15m length, an idea inspired by the famous topography of the American city. 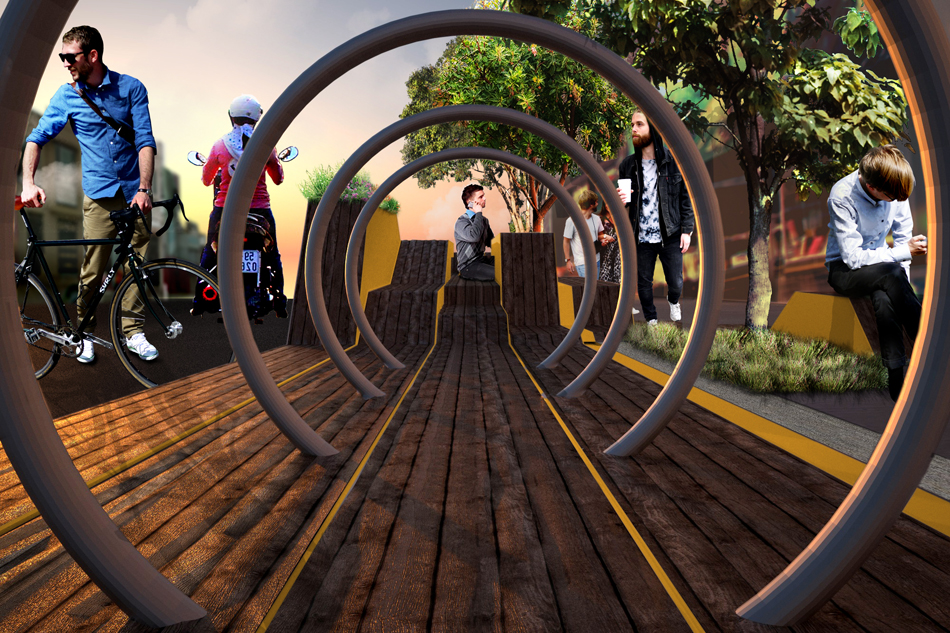 The undulations provide both informal seating and table top surfaces upon which to eat lunch, relax, have small friendly gatherings and what not. Integrated therein are also planters with native vegetation, a dog watering area with leash ties and a built-in bicycle rack with pump station.

Described as “Whimsical, Playful and Engaging”, (something I’m fairly certain the children that tumble on and around it would agree to) the Sunset Parklet is a very lovely piece of well articulated public space that offers viable amenity (as long as its location is secure) as well as aesthetic appeal as it sits elegantly along the street, a sculptural mass, beckoning to passersby within the community. 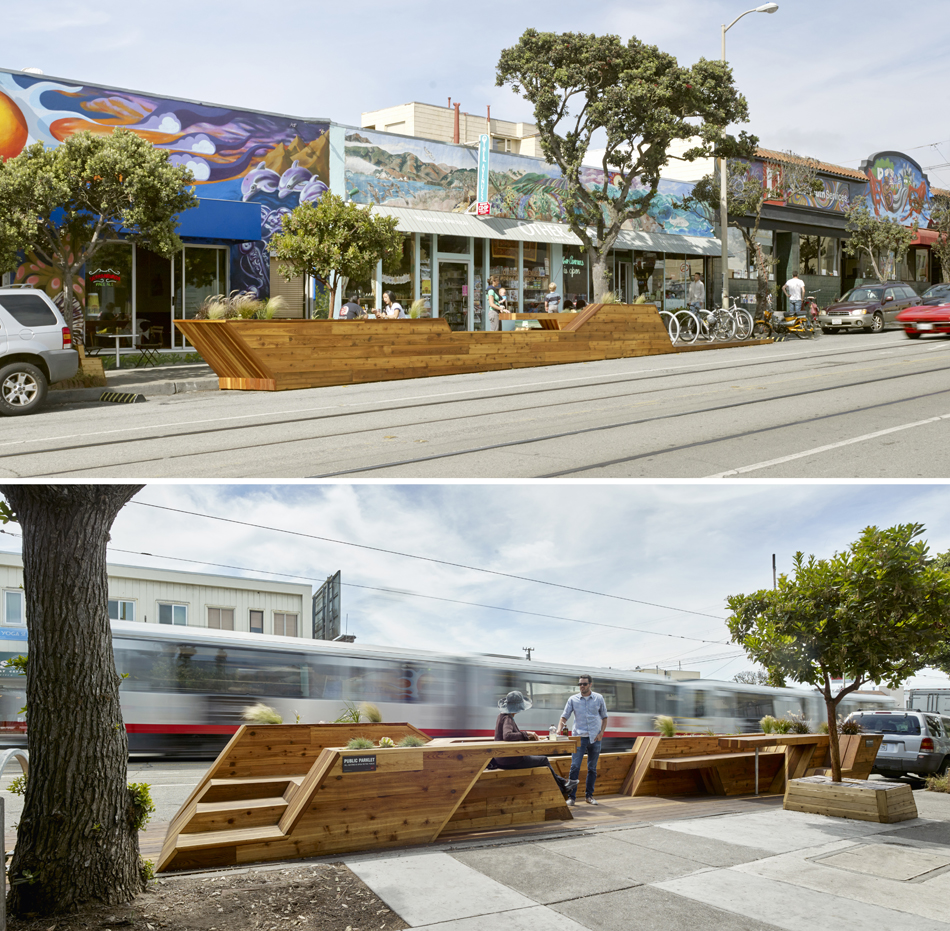 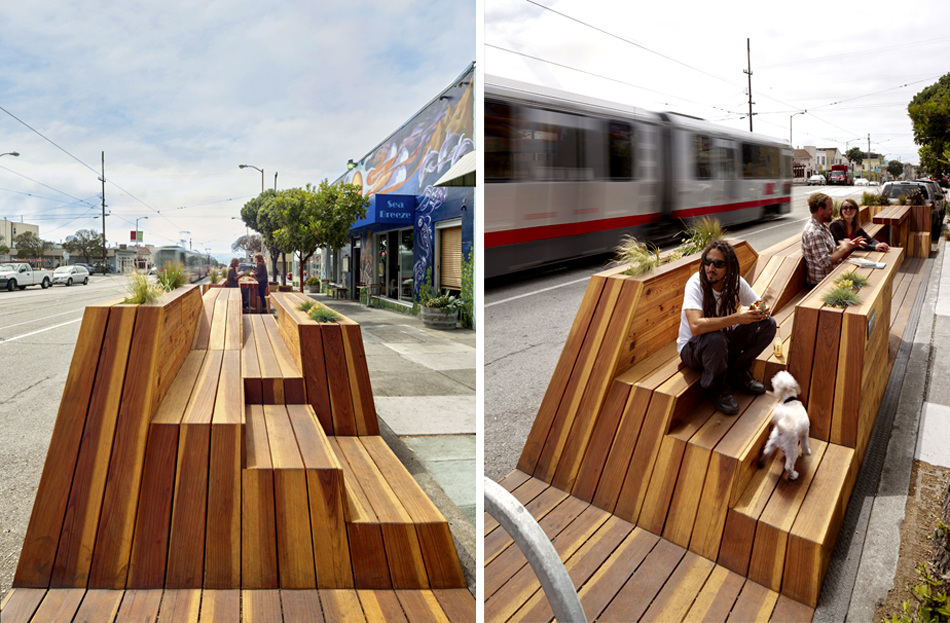 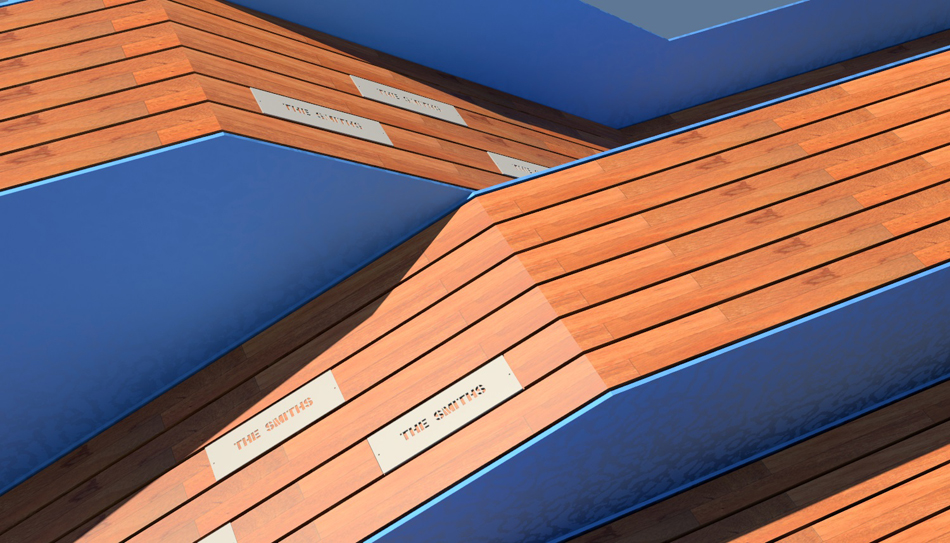 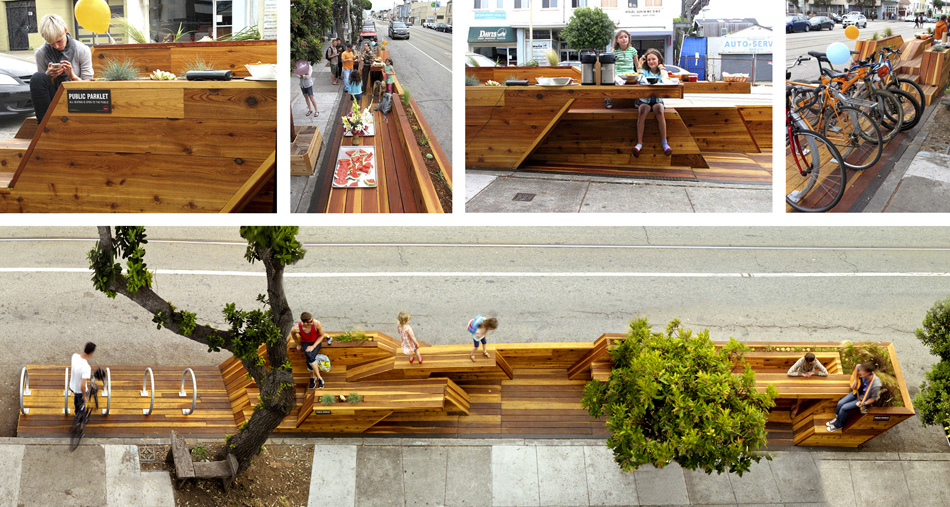 Next
CORPORATE AND QUIRKY: A look inside the Lekki office of Anakle designed by Grey Square