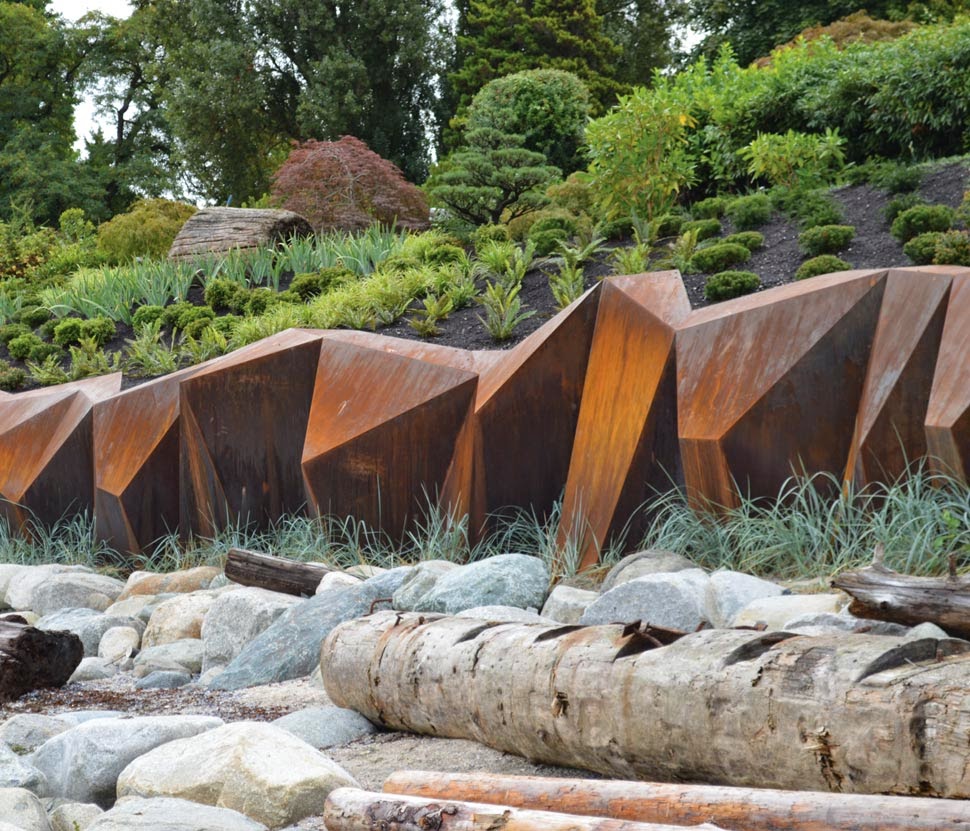 In a bid to halt shore line erosion along the Vancouver B.C. waterfront, Paul Sangha Landscape Architecture developed this eye-catching sculpture that spans about 61m.

Named Metamorphorsis, the corten steel structure takes it form from the natural sandstone formations that are prominent on Saturna Island, adding form and beauty to the highly functional ‘wall’. The need for this ‘sea wall’ came when the Tides began to eat away at the shoreline in December 2012, forcing property and home owners to seek out Paul Sangha and task him and his team with the challenge of find a creative solution to their problem. The result is this contemporary, industrial style sculpture designed in conjunction with oceanic engineers.

Starting with sketches, then CAD and scale Models, and finally prefabrication, the wall was built and developed in an off-site controlled environment, then eventually transported and assembled on site.

Combined with strategically placed boulders, the wall is able to ‘dissolve’ the waves while simultaneously creating a natural habitat for local plant life. This, in itself, is yet another plus that the wall offers, making it a landmark structure with an aesthetic that is right at home among the rocks and waves.

Previous
Lean on me: Leaning house in South Korea by PRAUD

Next
A Seat at the Table: A Supremely Unique Office design by Clive Wilkinson Architects