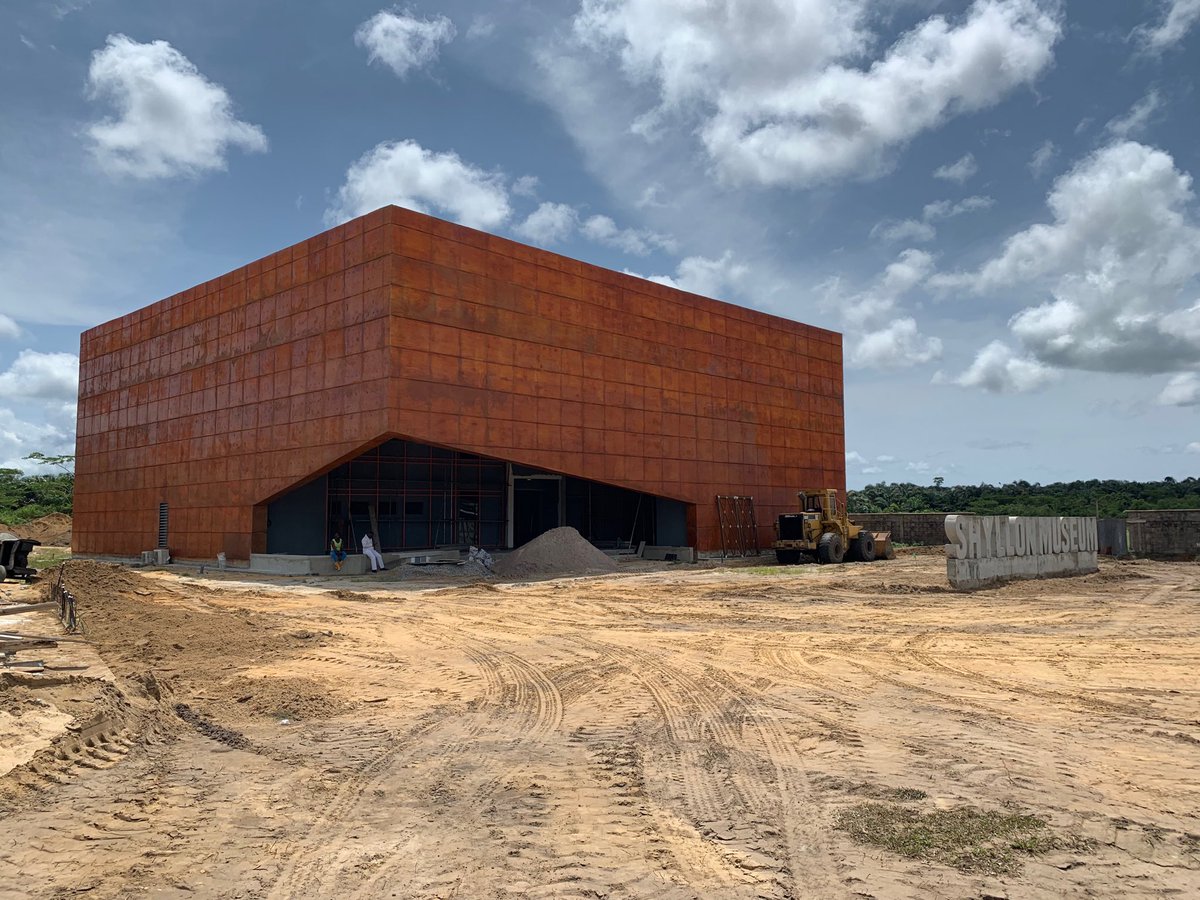 The Yemisi Shyllon Museum of Art (YSMA) is located in the Pan-Atlantic University, Lagos and will be home to a portion of the largest collection of Modern African Art, donated by the continent’s foremost art collector, Yemisi Shyllon.

Situated on a grassy site within the campus of the University, the 900sqm museum will host over a 1000 works of Yemisi Shyllon’s vast art collection which includes over 7,000 artworks of sculptures, paintings and other media, as well as over 55,000 photographs of Nigeria’s fast disappearing cultural festivals. The collection which has been built over the last 40 years has been celebrated by the Financial Times of London as one of the best 100 collections in the world and is valued in billions of Naira. You can read more about why Mr.Shyllon is helping to build the museum in his interview with Culture dispatch magazine.

The museum was designed by Spanish-Nigerian Architect Jesse Castellote who is currently the Director of the Virtual Museum of Modern Nigerian Art, an online educational resource he initiated at the university, and has also been appointed as the new museum’s first director. You can read more about Mr.Castellote’s role in developing the museum in his interview with Omenka.

The museum intends to fill an educational and cultural gap in Lagos, and eventually become a place for artistic innovation which will also attract tourists. Its official opening has been scheduled for October 1 this year.

The museum’s architecture as described by Castellote is guided by three main principles: fitness for purpose, sustainability and character. To suit its purpose, the museum has been designed to be flexible, allowing it change its display configuration to suit evolving curatorial objectives.

Deliberately constructed to avoid natural light, the building will depend on artificial lighting with spotlights strategically positioned to focus on the displayed works which will span across the museum’s two floors. First rate thermal insulation and efficient air circulation ensure the museum’s 10m high internal volume will require minimal air conditioning.

The building’s most notable feature is the richly textured stained concrete finish that define the external building envelope. The burnt orange hue contrasts well against the backdrop of blue sky and green lawn, possibly a nod to rammed earth walls or earth-based construction. Fronting the building is a sculpture garden with the museum name spelled out in letters of concrete – a feature that helps to identify the building but also visually and physically engages visitors.