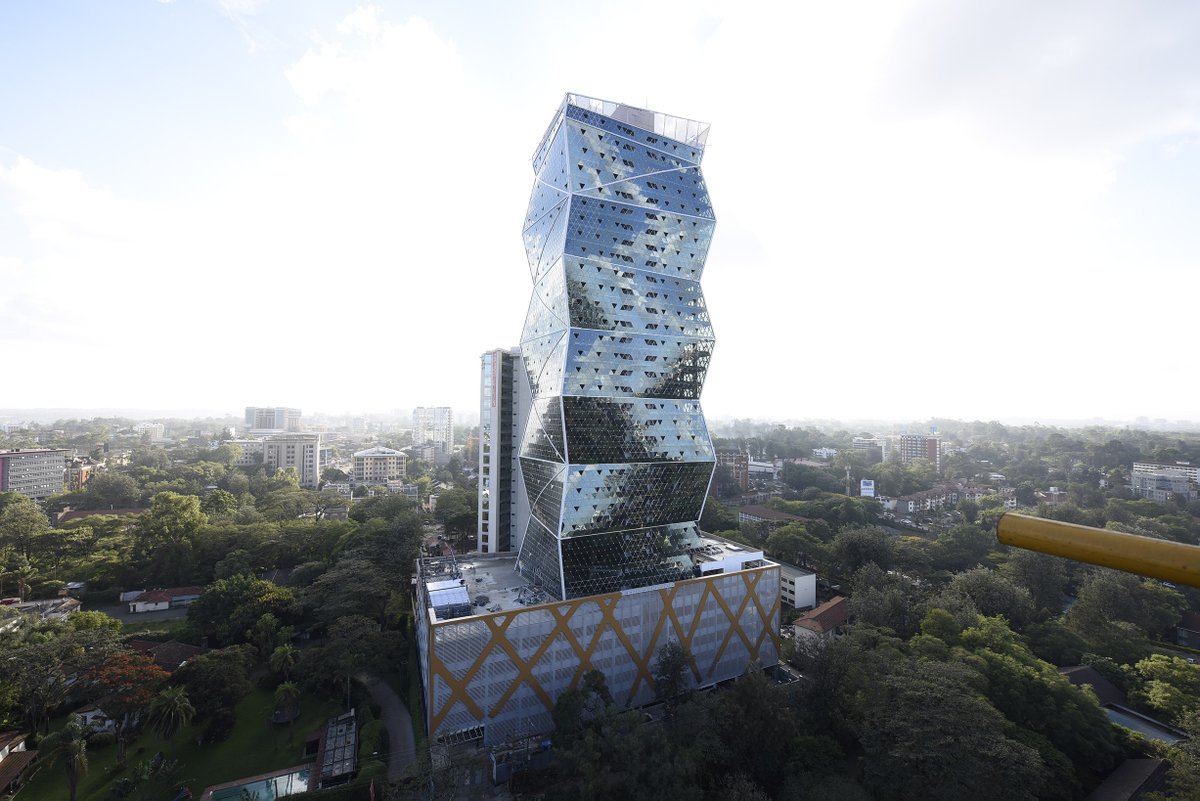 The Prism Tower in Kenya by Kings Developers in collaboration with A+I Design features a Prismatic, Glass Facade

Designed in collaboration with Mumbai-based architecture practice, A+I Design, the 133m tower is built upon the concept of geometric prisms stacked atop one another, creating a striking silhouette among the growing number of towers in its prime Upper hill location. (Upper Hill is set to host Africa’s tallest building, the Pinnacle, later this year.)

The design of the tower incorporates a range of eco-friendly systems, including a rain harvesting system for watering the surrounding landscape, as well as water saving bathroom fixtures.

Lettable floorplates have also been designed to be as column-free as possible maximising spatial efficiency.


With a total built up area of 39,700 sqm, and a cost of over 1.2 billion shillings (N4.3 billion), The Prism tower becomes the latest in Nairobi’s growing portfolio of high-rise developments further cementing the country’s status as a globally recognised hub for business and development in Africa.

‘The concept of Jewel is the inspiration for design and architecture behind the making of this iconic tower. Across the region as a tribute to this magnificent city, the building profile has been designed to appear as Prisms stacked upon Prisms.”