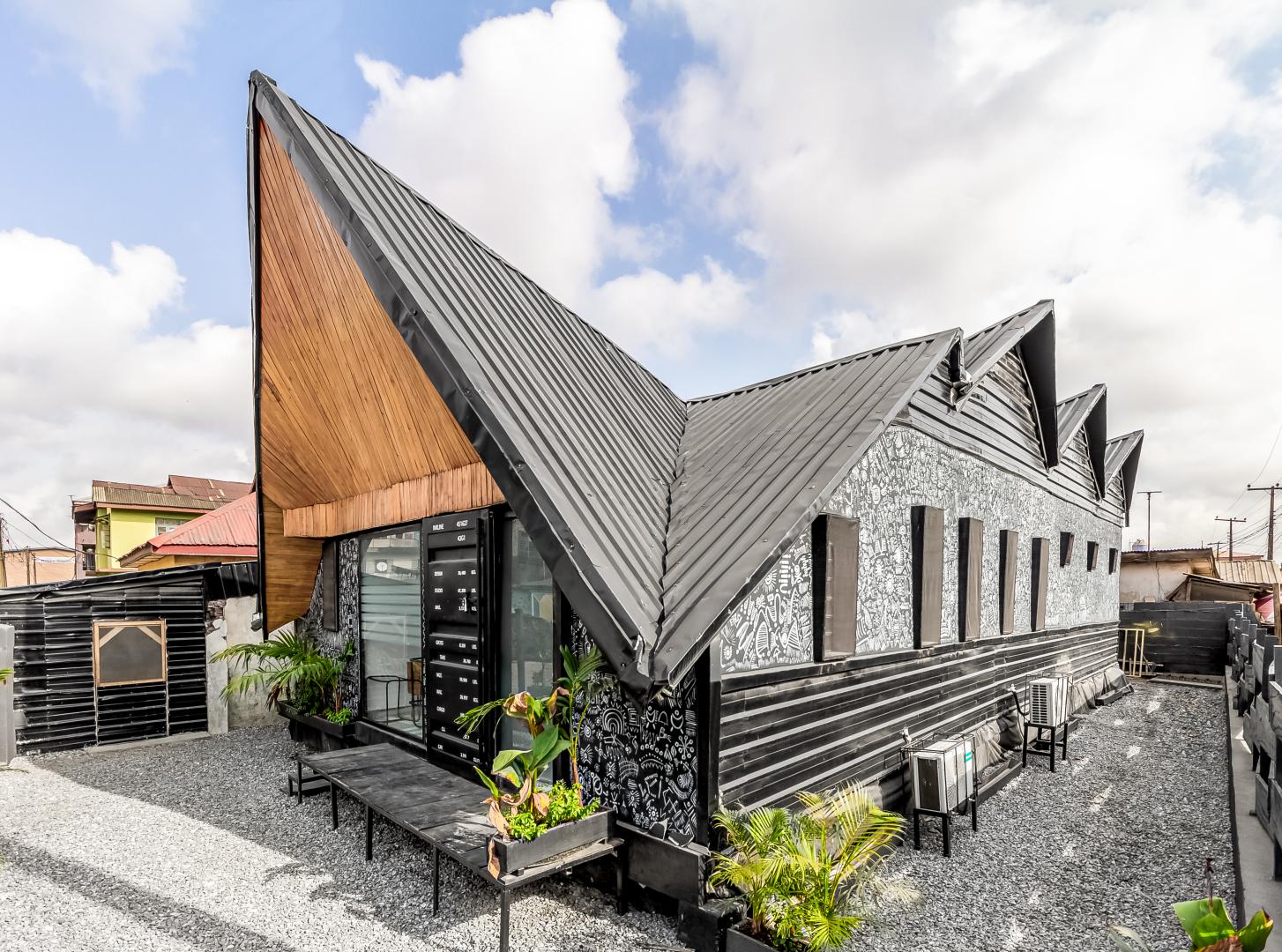 Built entirely from timber, the office/workshop features an angular undulating roof that translates from the external form to the interior spaces

Inspired by the Japanese craft of Origami, the Studio Inkline office/workshop by Inkline Design Studio offers a striking silhouette which stands out against the mundane backdrop of rectilinear residential blocks within the dense suburb of Yaba, Lagos State.

Situated on a 230sqm site, the building accommodates a design studio with a showroom, offices and conveniences as well as a workshop for furniture/product manufacturing. The designers opted for locally available materials, constructing the entirety of the building frame and the prominent undulating roof structure from timber.

The roof is a captivating and complex series of undulating planes that form a monolithic canopy over the building footprint with a series of ridges which translates to the roof edges. A blend of actual origami folding and parametric modelling in Revit were used to develop the final design. Nodes are created along the perimeter of the shape; these nodes are further elevated to varying heights along the ridges. The front elevation which is also the entrance of the building serves as the highest point, thus, creating a welcoming embrace into the studio. Nodes flanking the highest node are pulled down to the floor as close as possible to control storm water run off into the plants and shrubs below. The roof structure transmits effortlessly into the interior space dictating undulating ceiling heights. To achieve this, the designers relied heavily on the flexibility of wood, using wood beams as trusses and rafters.

The Roof is held up with wooden columns spaced adequately to support its weight. The spaces between these columns are filled with both wood and galvanised steel struts. The exterior is then cladded with a combination of black long span aluminium sheets and cement fibre boards which create a horizontal band around the perimeter of the building.

The external walls are adorned in a bespoke wall mural that expresses the dynamism, creativity and ambition behind the design of the project. The mural was developed in collaboration with acclaimed Nigerian illustrator – Penrated Art.

The ceiling inside follows the undulations of the roof and is clad in plywood then polished. Re-purposed shipping container doors serve as the main entrance door, giving the illusion that the structure may be based on shipping containers. Wood strips clad the soffit of the roof above the entrance, and are laid using the tongue and groove methodology which accentuate the grooves offering some depth to the surface.