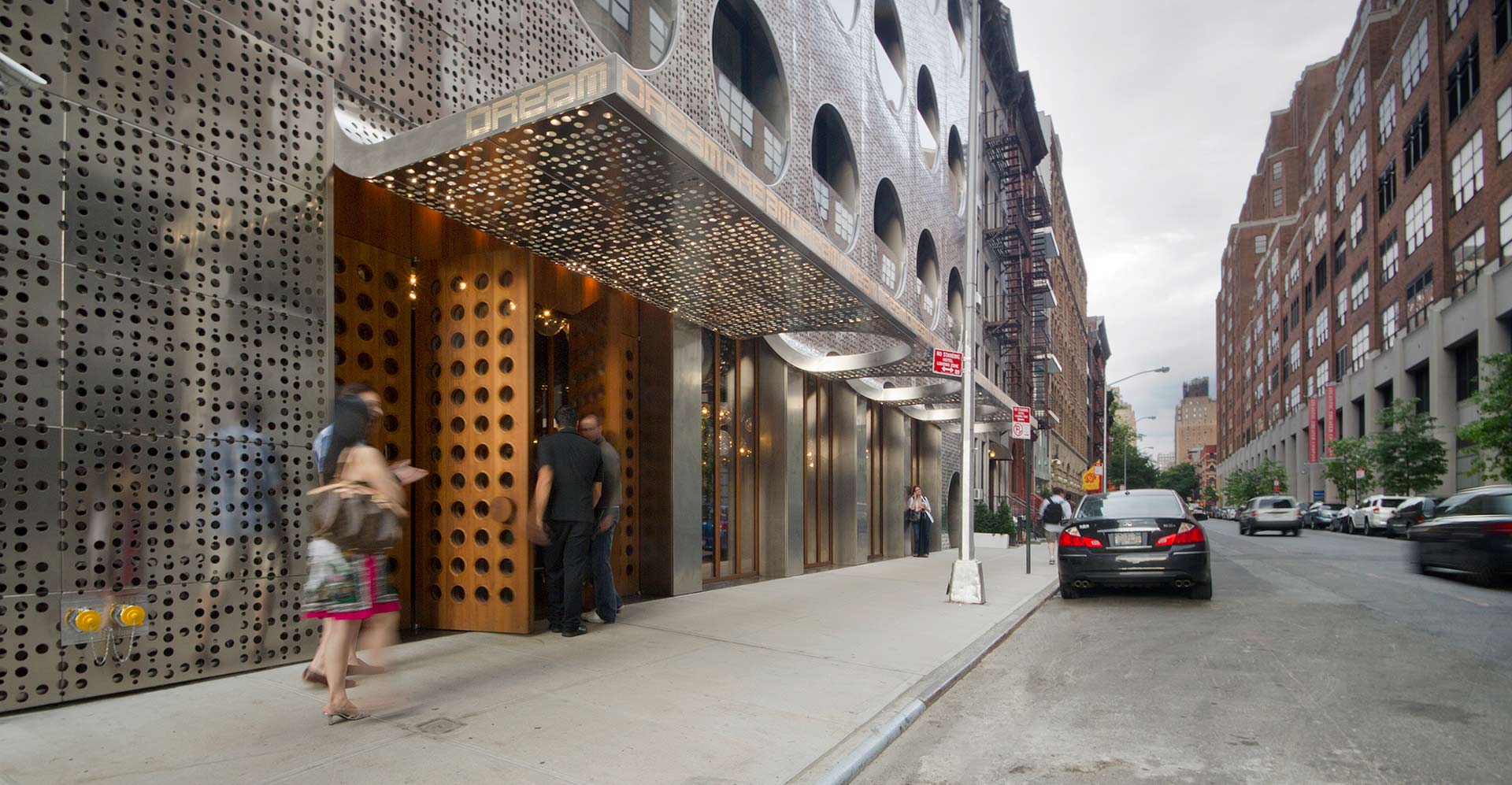 Perforated metallic cladding and a ‘whole-lotta-circles’ offer a fairly apt description of the Dream Downtown Hotel in New York, which was designed by Handel Architects.

The building was originally constructed in the 60’s as the headquarters of the National Maritime Union of America and heavily featured porthole or bullseye windows on its facade as a nod to its maritime roots. This circular theme thus became central to its new purpose as a hotel. The exterior and interior prominently make use of circular geometry and features which nicely compliment the rectilinear form of the structure and expand upon its original theme. The approach facade, entrance canopy, screen walls, lighting fixtures, ceiling design and more feature circles in one way or the other and, oddly enough, don’t come off overtly repetitive.

A number of other adjustments were made to the original structure such as the removal of 4 floors to create the 7 storey block and offer more possibilities for natural light, ventilation in the adjacent 12 storey block as well as more amenities for guests. For instance, A north facing glass enclosed roof-top lounge and terrace were created as well as a glass bottom pool, dotted with portholes of its own which allows guests in the lobby glimpses through the water to the outside (and vice versa), connecting the spaces in an ethereal way. Light wells framed in teak between the lobby, pool and lower levels allow the guest to be transported between spaces. Two hundred hand blown glass globes float through the lobby and congregate over the restaurant filling the space with a light cloud.

Its a masterful iteration of a singular concept through the entirety of the scheme creating something that is, aptly, dreamy.