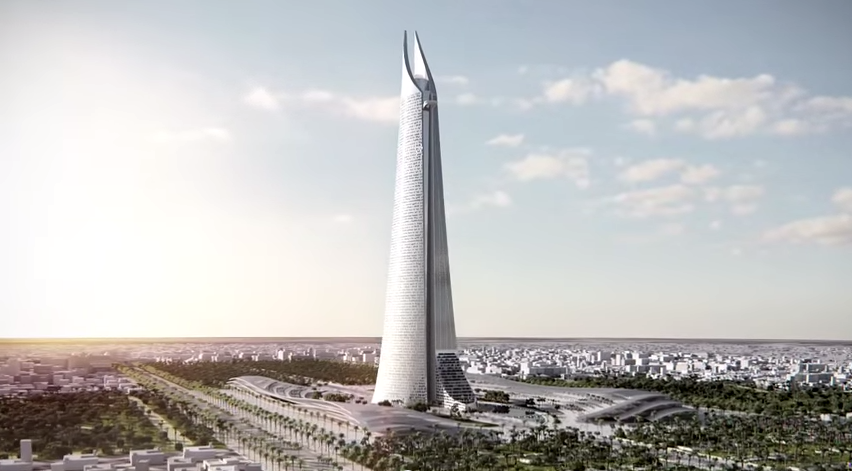 The Al Noor Tower in Morocco by Valode and Pistre

The Al Noor Tower set to go up in Morocco is the brain child of Sheikh Tarek M. Binladen and is to be brought to life by his Dubai-based Middle East Development Company.

The original concept following his vision was developed by Amedee Santalo and further designed by international architects Valode and Pistre. The concept is an eye from the top view, said to represent the vision of Sheikh Tarek M. Binladen, and a pen from the side view, seen as the tool to design his vision. 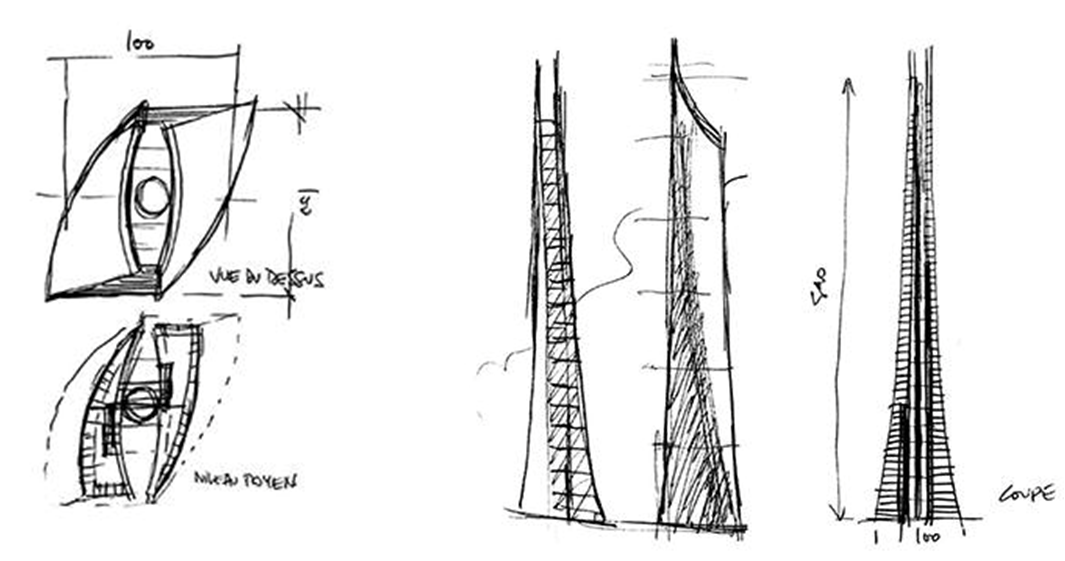 The tower is part of the Al Noor City Project which aims  to create new kinds of cities for a modern society serving the interest of humans by creating prosperity and employment on the African continent. Its is intended to house the African markets of both raw and precious materials in a bid to become a strong emblem of the entire continent’s new dynamics.

The mixed-use tower will stand at a height of about 540 meters, (a nod to the 54 African nations), covering about 300 000 sq m across 114 floors, providing a mix of trading rooms, offices, hotels, restaurants, shops and entertainment facilities. The facade of the tower will have pixelated representations of a variety of African languages on display as a memento of sorts to the intent of the project. 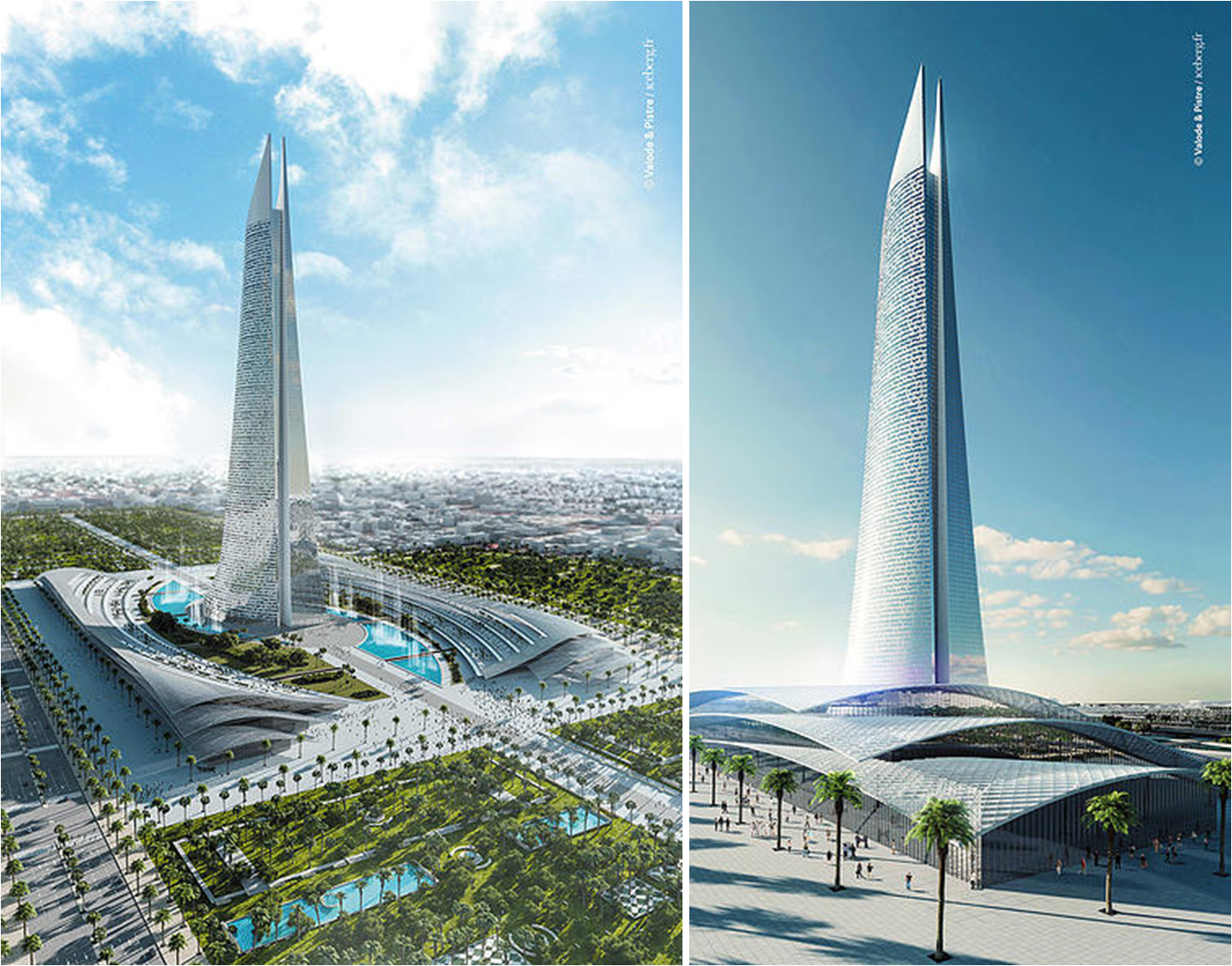 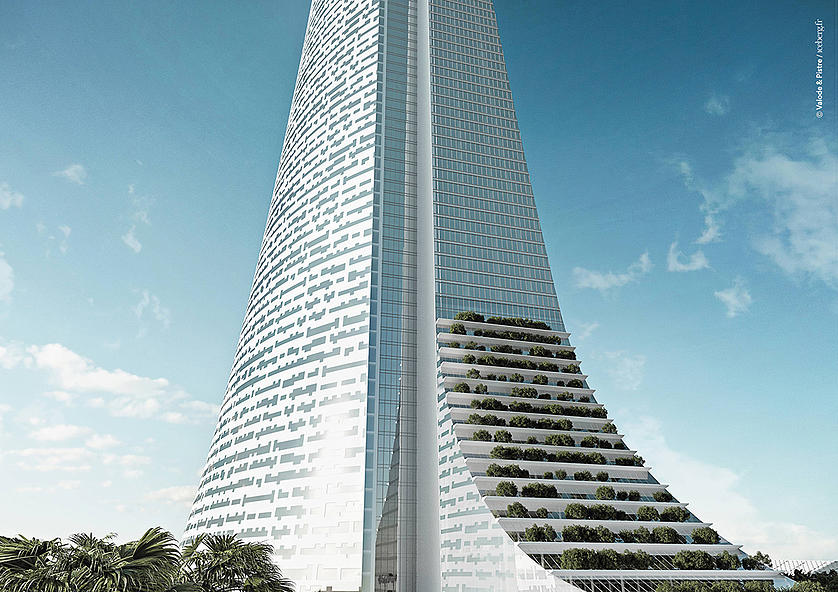 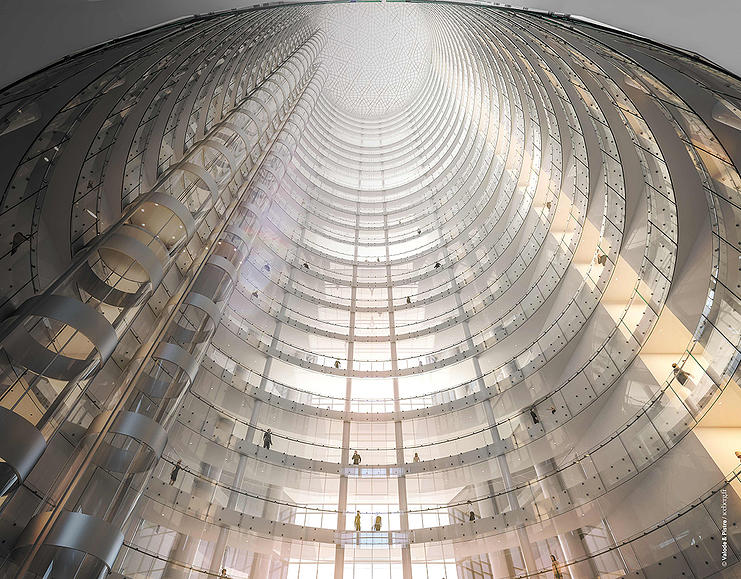 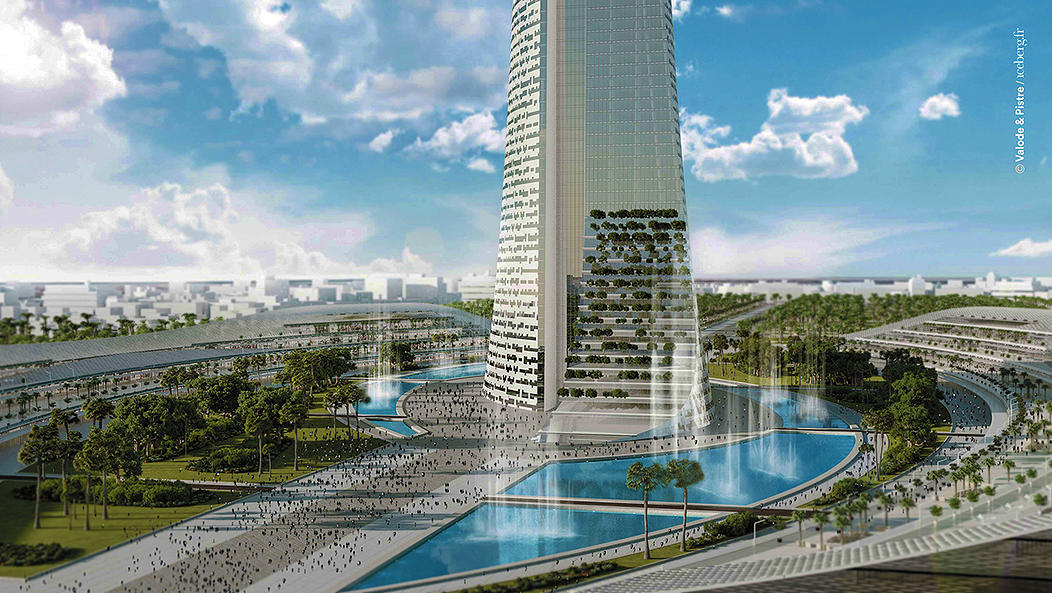 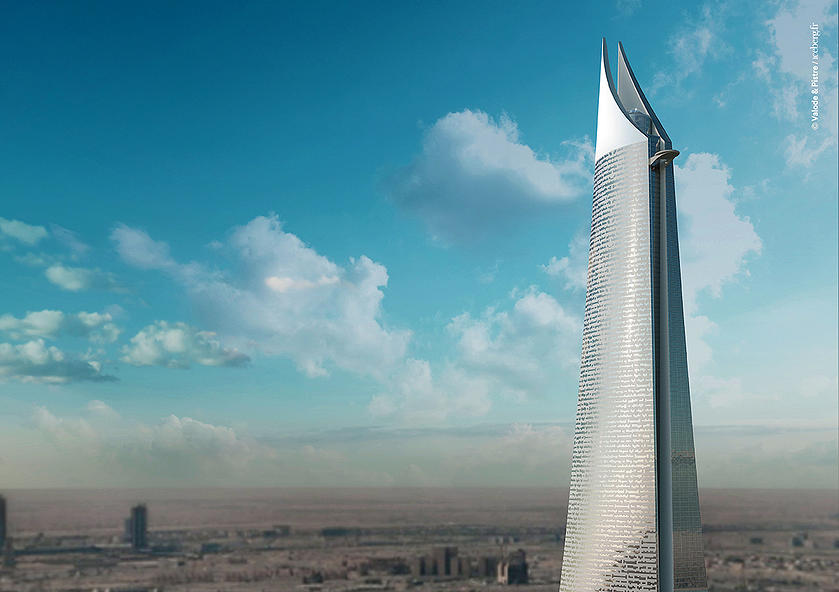 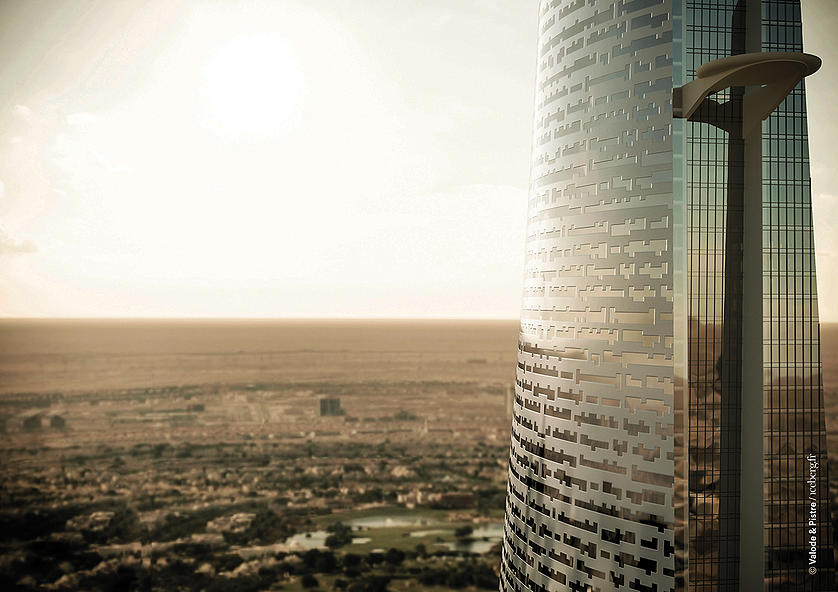 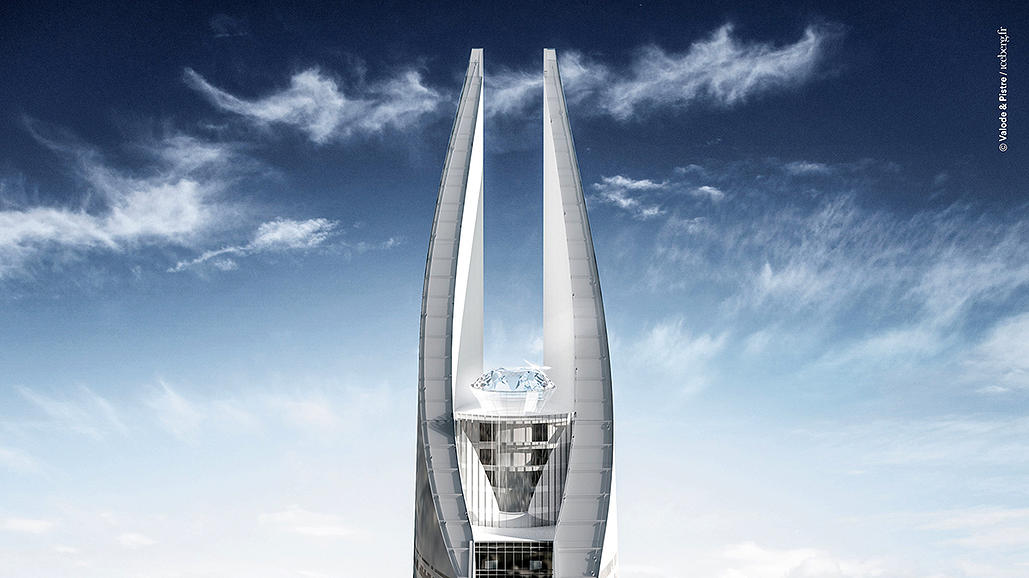 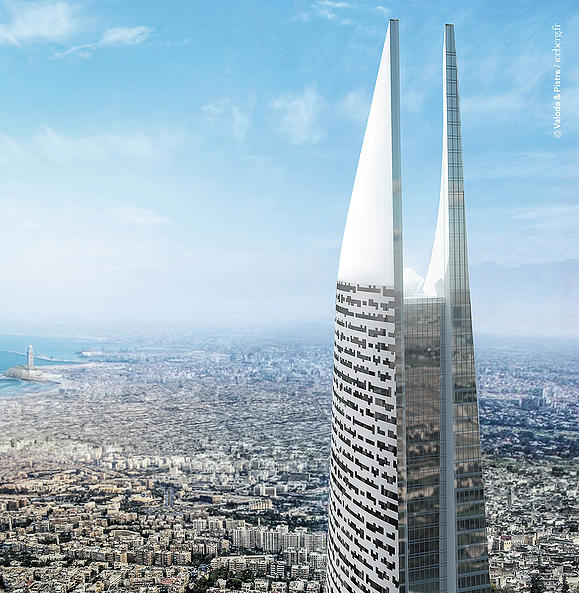 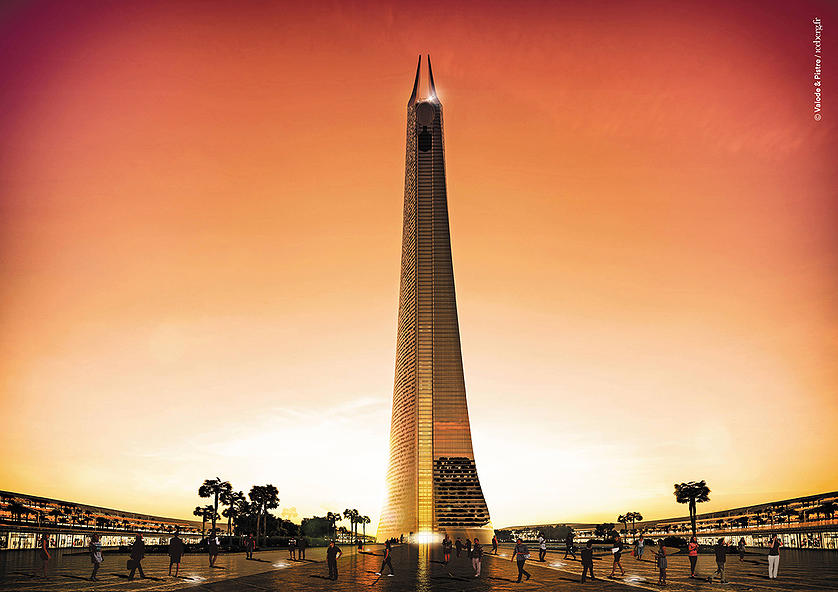 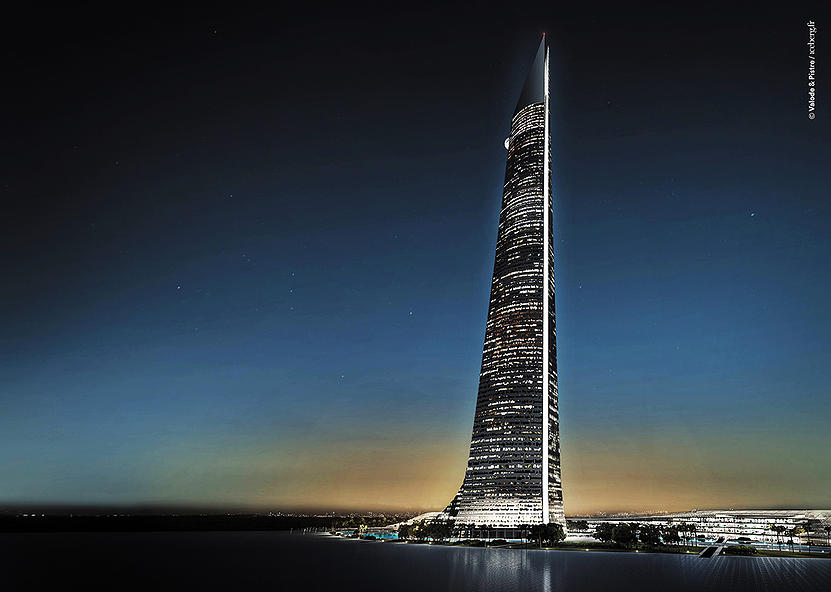 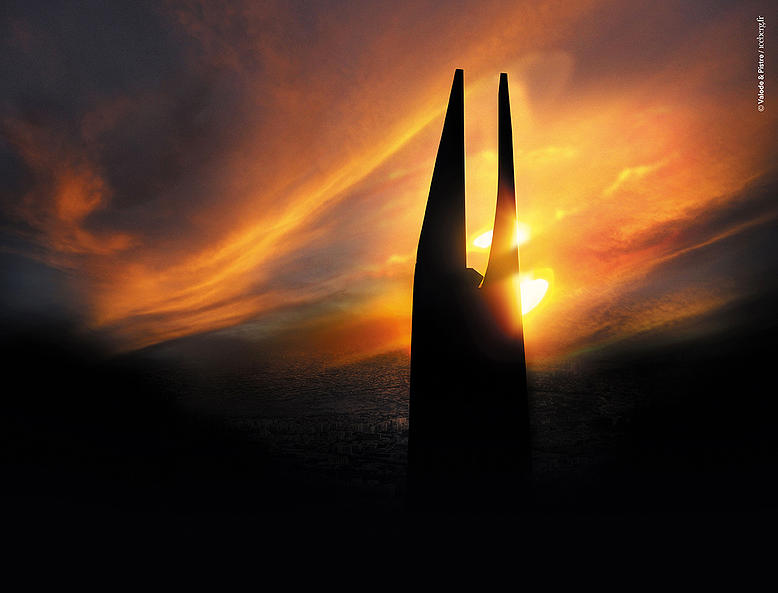