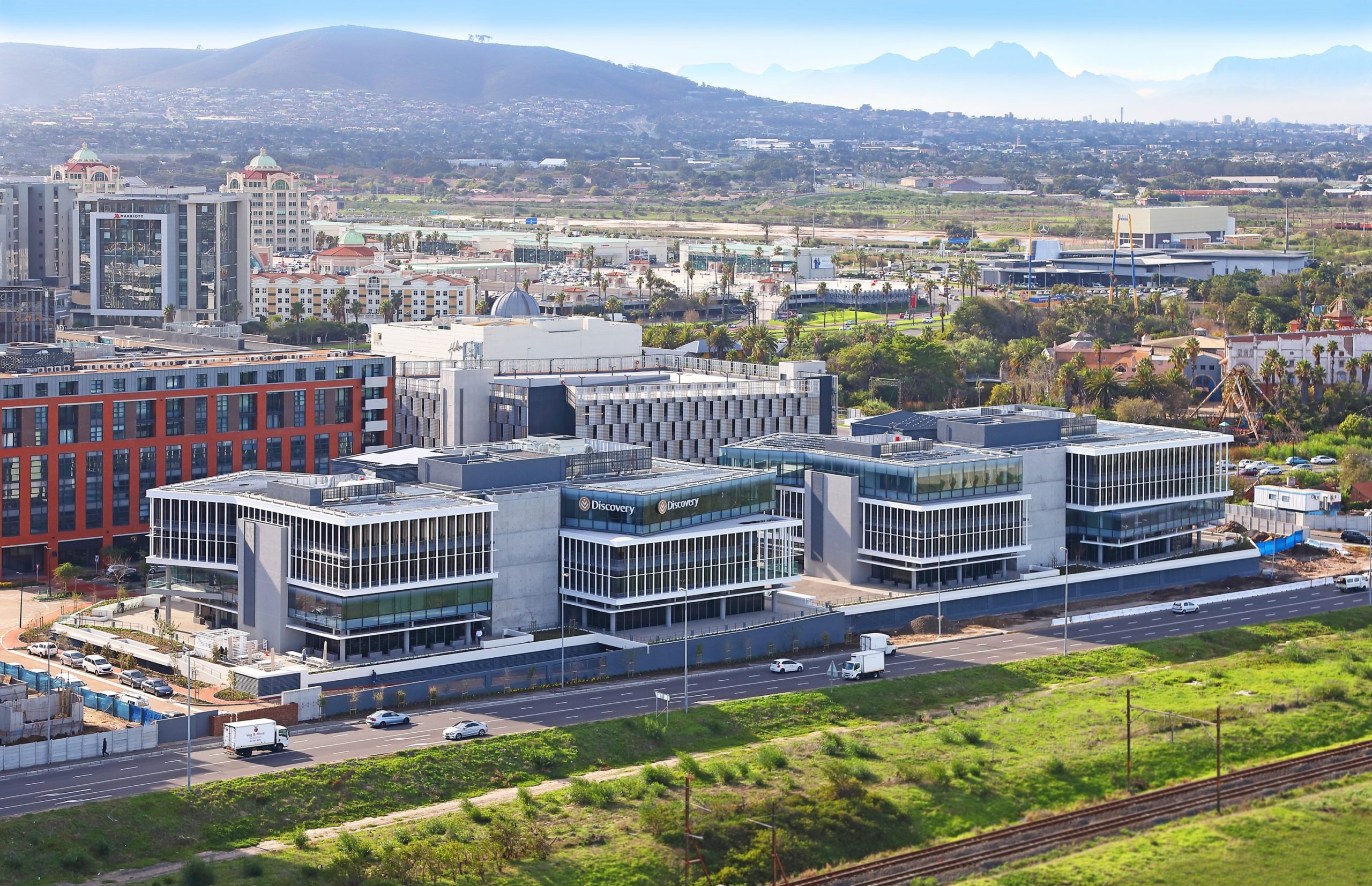 The development comprises two four-storey buildings with two levels of underground parking. The buildings are each split into two wings with a central core and full height atrium bringing light into the centre of the expansive floorplates. Each building is set on a green podium with sunken amphitheatre creating an active public space, with shared basement parking below. The twin buildings are designed as a series of shifting volumes along the linear site. The ground floor façade is set back, so that the three office levels above appear to float. Two office levels are enclosed in a vertically articulated façade with recessed glazing creating a delicate veil that serves as passive solar control. 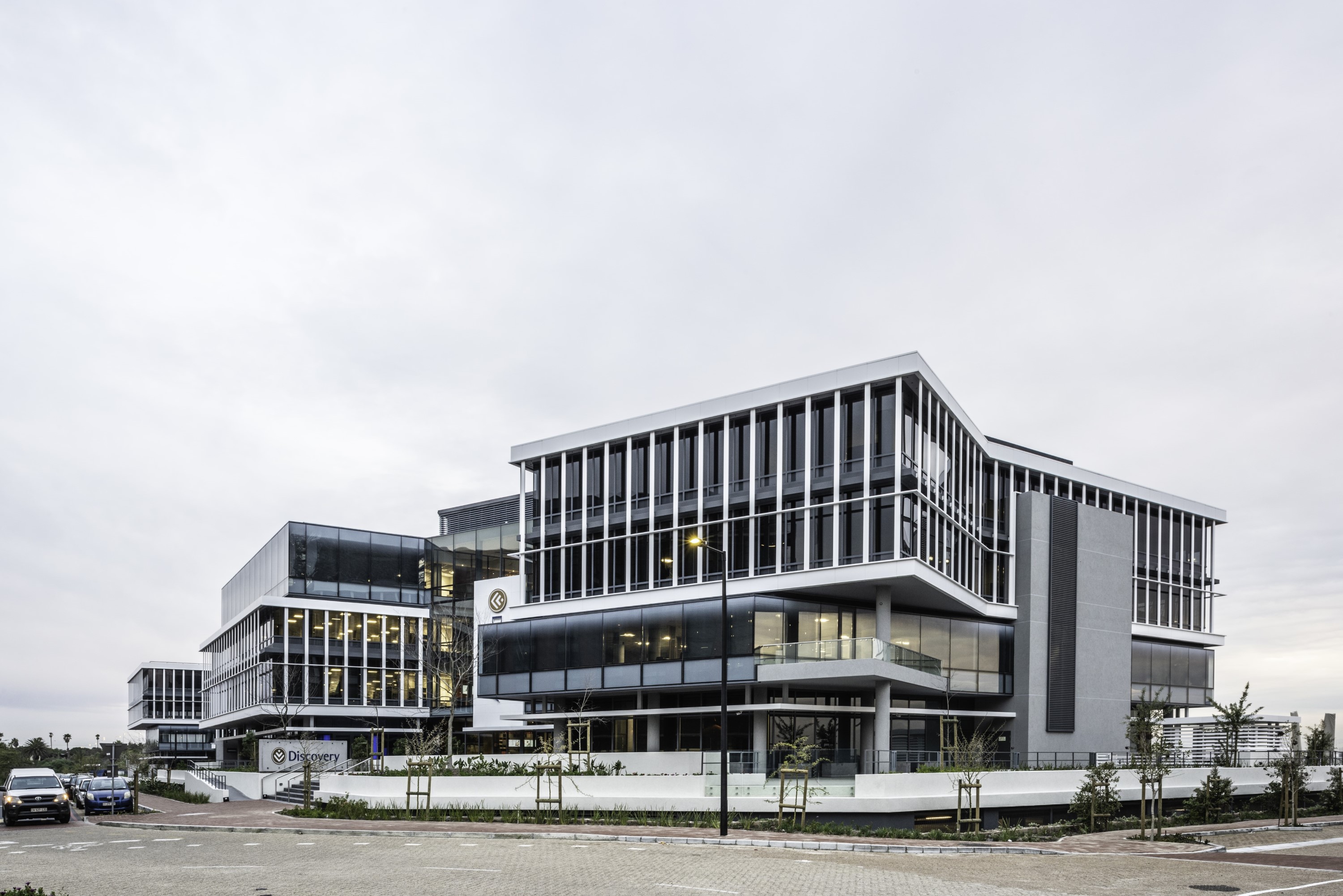 Leading South African architecture and urban design studio, dhk, has completed Sable Park in Century City in Cape Town. The commercial development comprises two buildings – one of 8 000 sqm and another of 8 300 sqm – and sits at a prominent entry point into Century City forming an iconic front face for the suburb. Situated at the southern edge of the blossoming Bridgeways Precinct, it boasts unobstructed panoramic views of Table Mountain.

Originally dubbed the ‘macro-chip shuffle’, the buildings’ composition was inspired by shuffling forms that operate independently and adapt to their immediate surroundings. The development was intentionally designed to appear as a single large complex and simultaneously as four small independent volumes depending on where it is viewed from. The four volumes are further broken down into thirds – a double height layered mass and a single height crystalline cube. Each of these thirds shift and jump on the horizontal and vertical plain to achieve maximum views and optimal orientation. A large part of the buildings’ concept was manifested in its structure – creating distinct floating boxes that veer off and cantilever beyond one another. 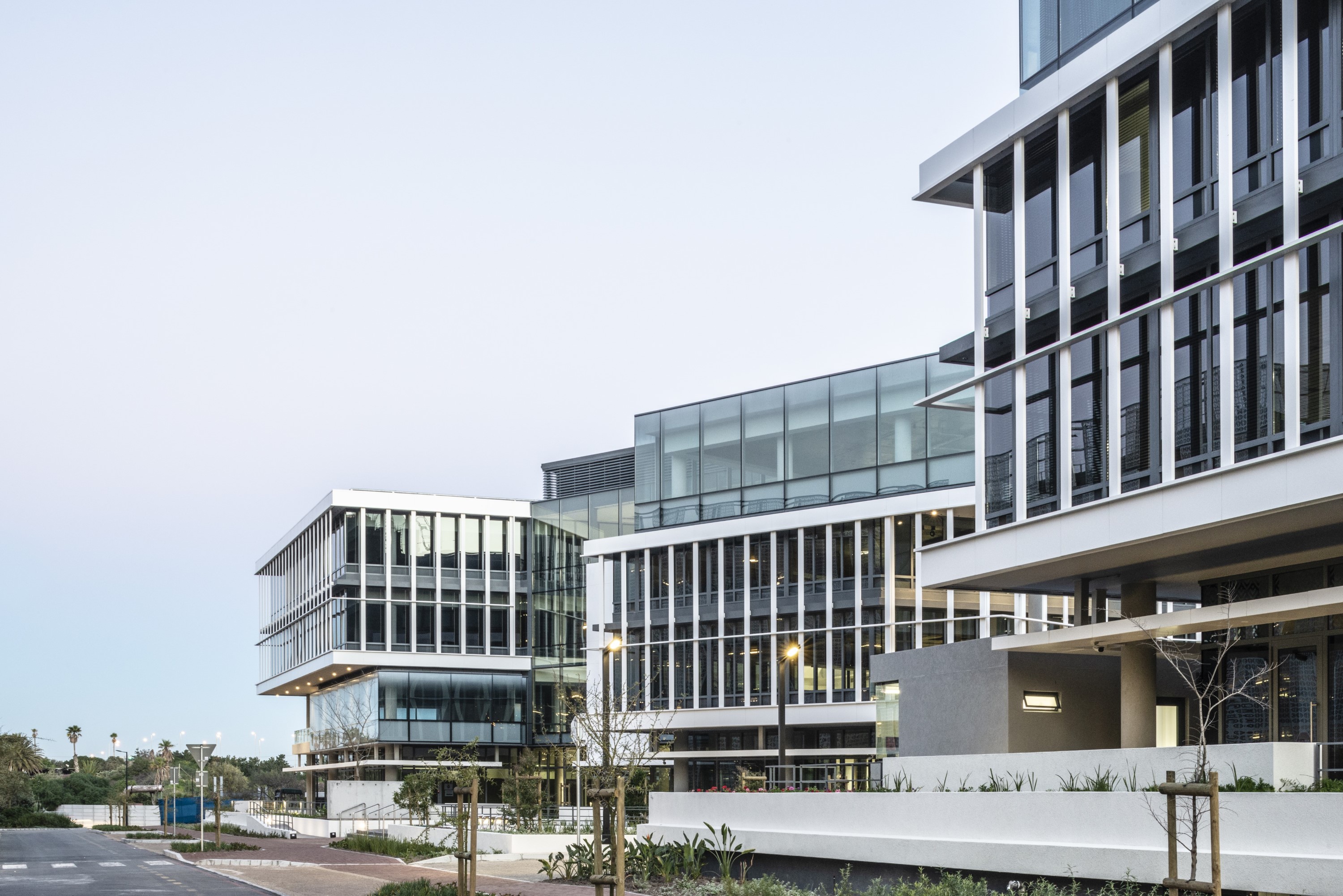 Both buildings have four-storeys with two levels of underground parking. The buildings comprise a concrete backbone and glass and aluminium façade cladding with a massive offset concrete cube that is both functional and attractive.

“On an abstract level, the spaces are duplicated, and the volumes are inverted. This simple application was the singular method to the complexity of the resultant macro-articulation which forms a setting for a series of tableaux with an iconic mountain backdrop. In effect, this complex was set out in scenes that take inspiration from aspects of cinematography and film”.

In accordance with the shifting floor plates, two systems of glazed façade have been installed over the three levels of office. A deliberate, yet playful interchange of these systems contribute to the aesthetic complexity of the building. 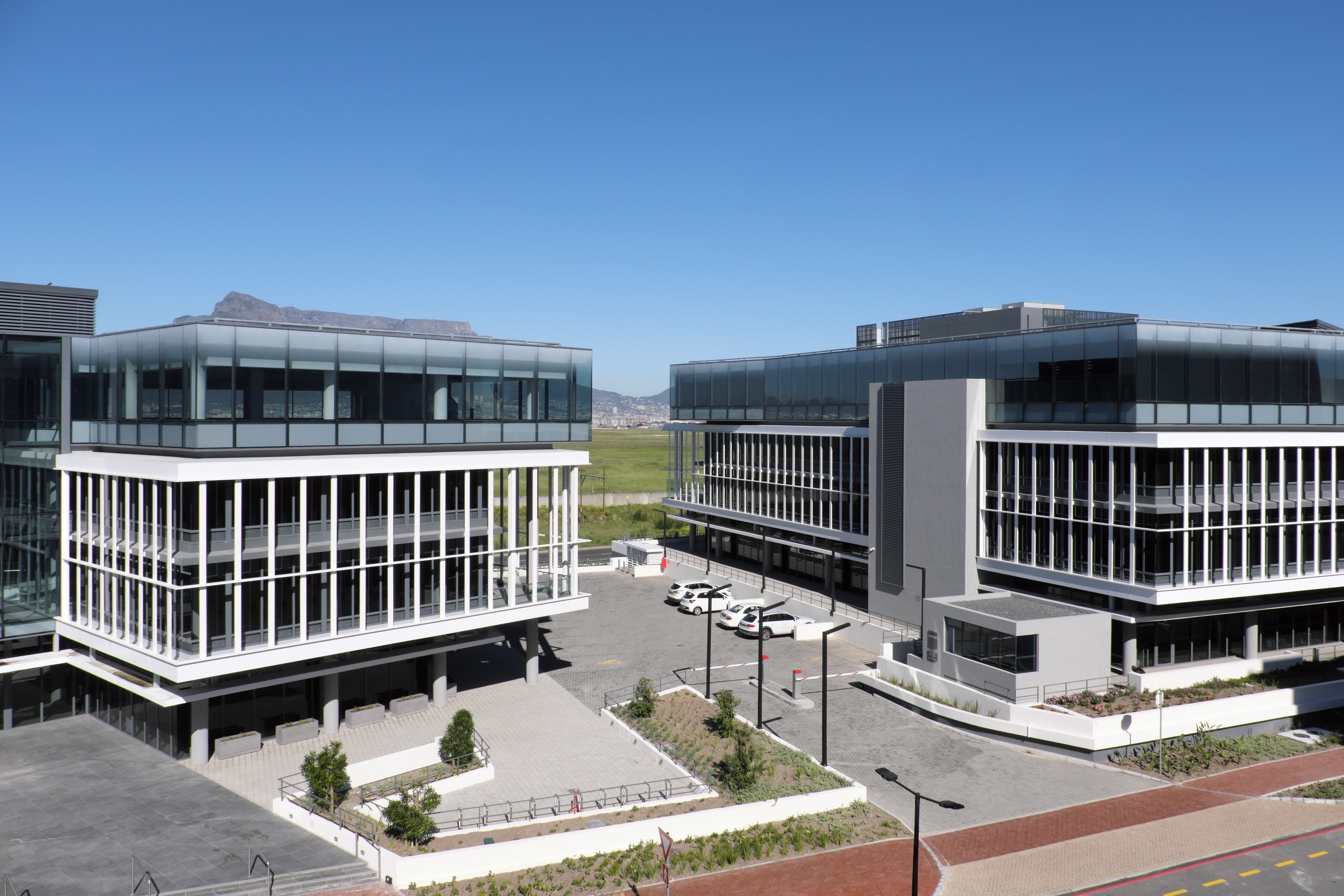 Internally, the buildings have two wings with a central core and full height atrium bringing light into the centre of the expansive floor plates. The wings are connected by a series of bridges spanning across the atrium at the edge of the main core. The core is a stand-alone element which is exposed on both sides of the building. From the rear, this concrete cube protrudes and is visible from over a kilometre away. It forms the proverbial ‘heart’ of the building, circulating people left to right, up and down and into different chambers in the building. 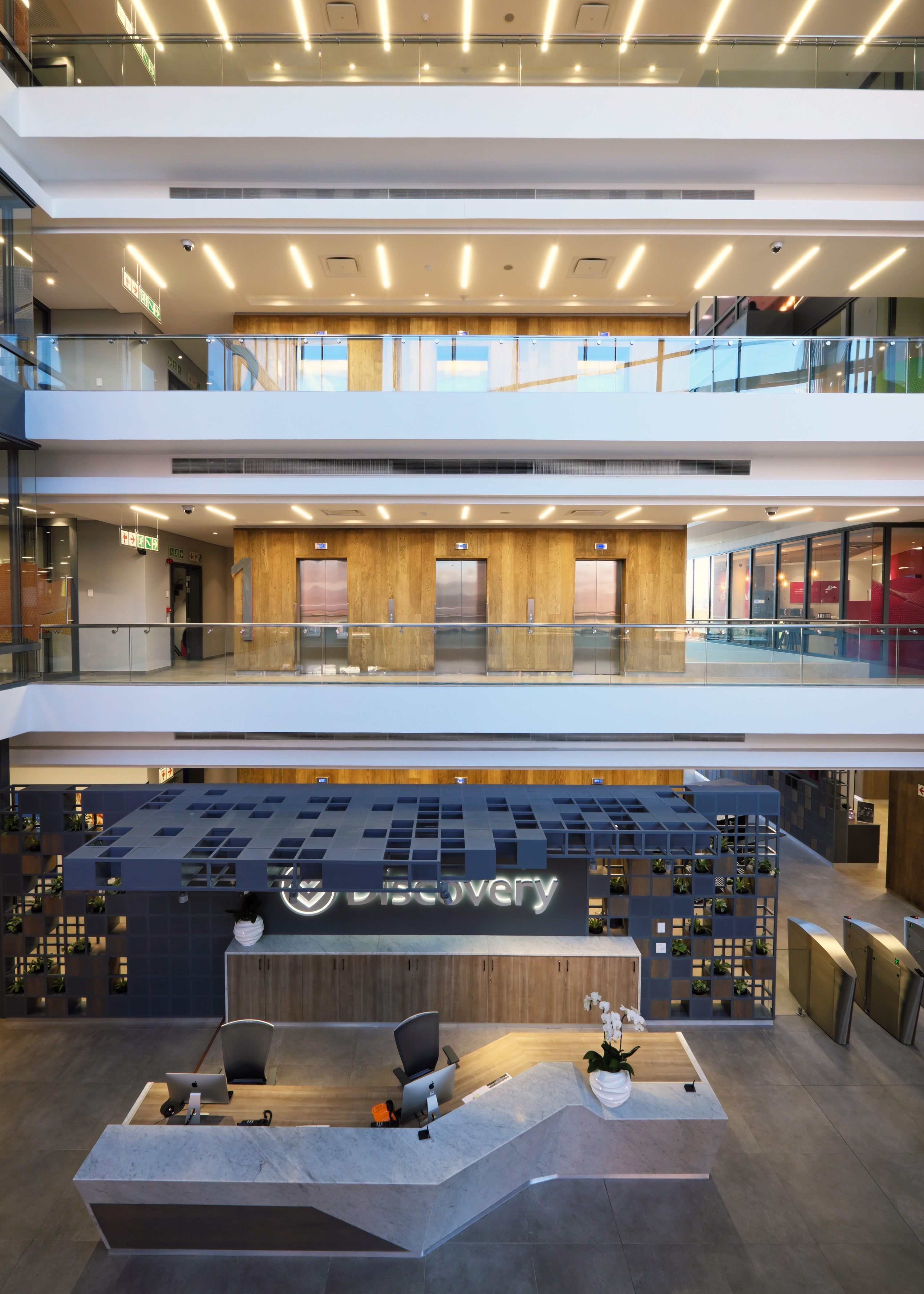 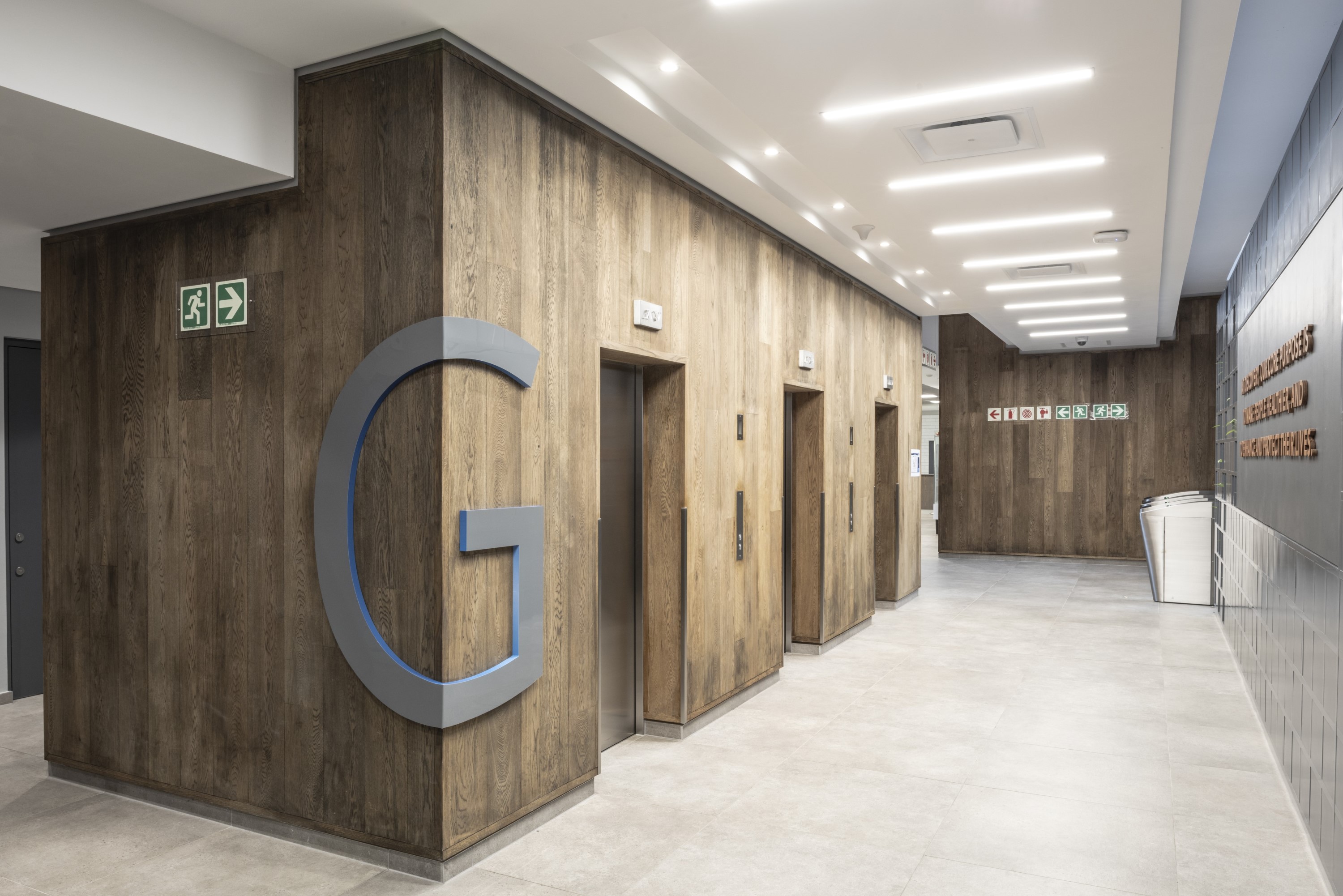 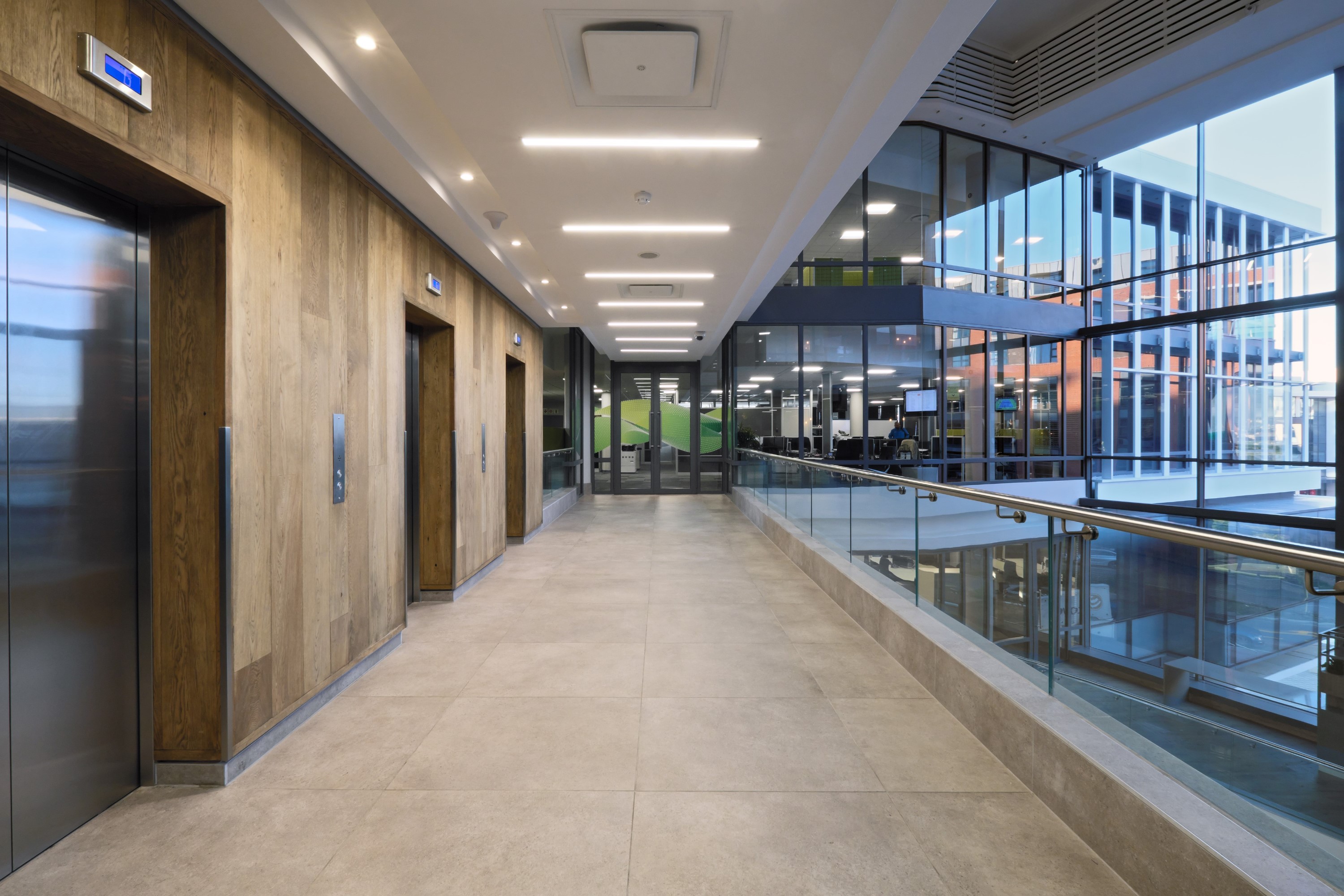 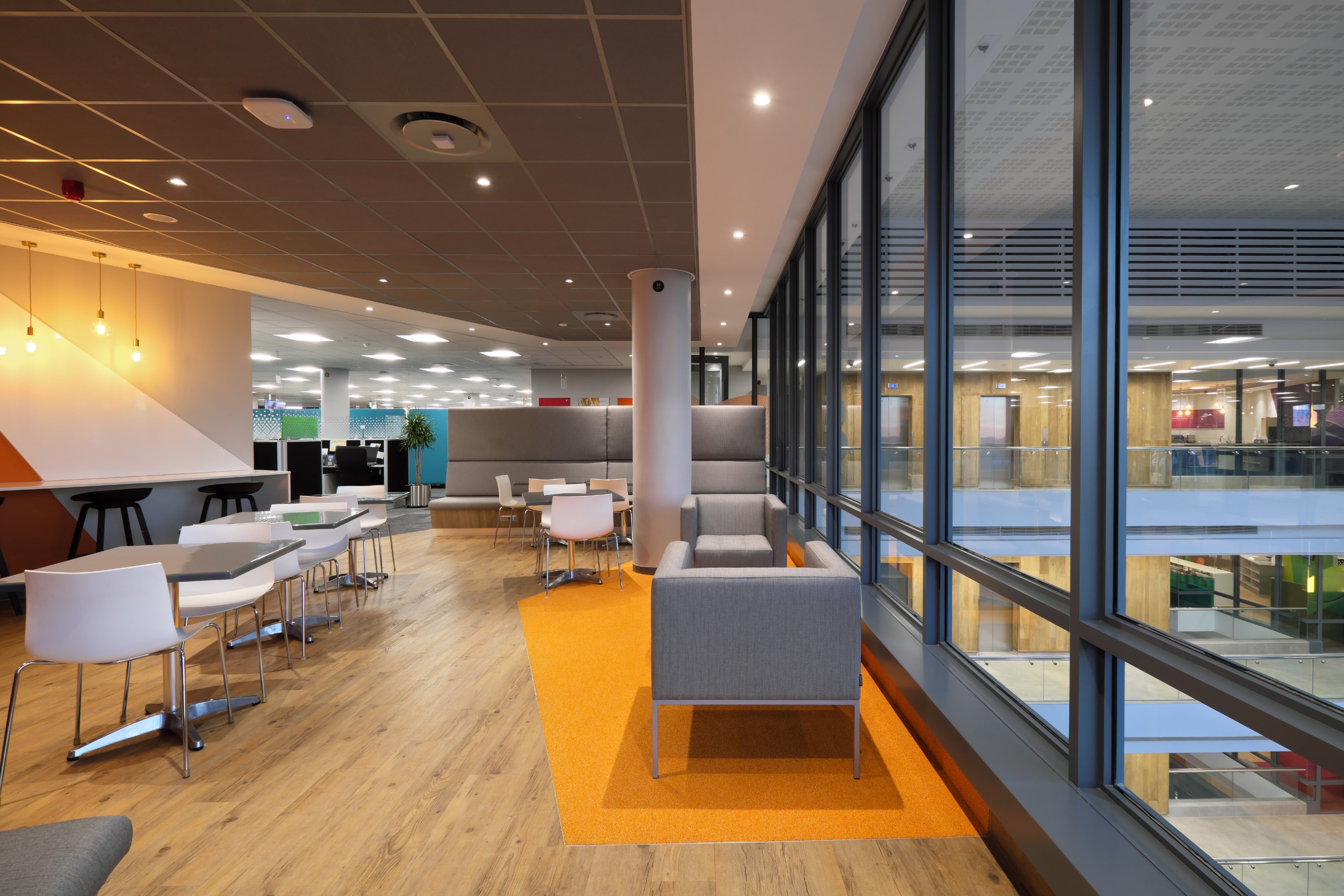 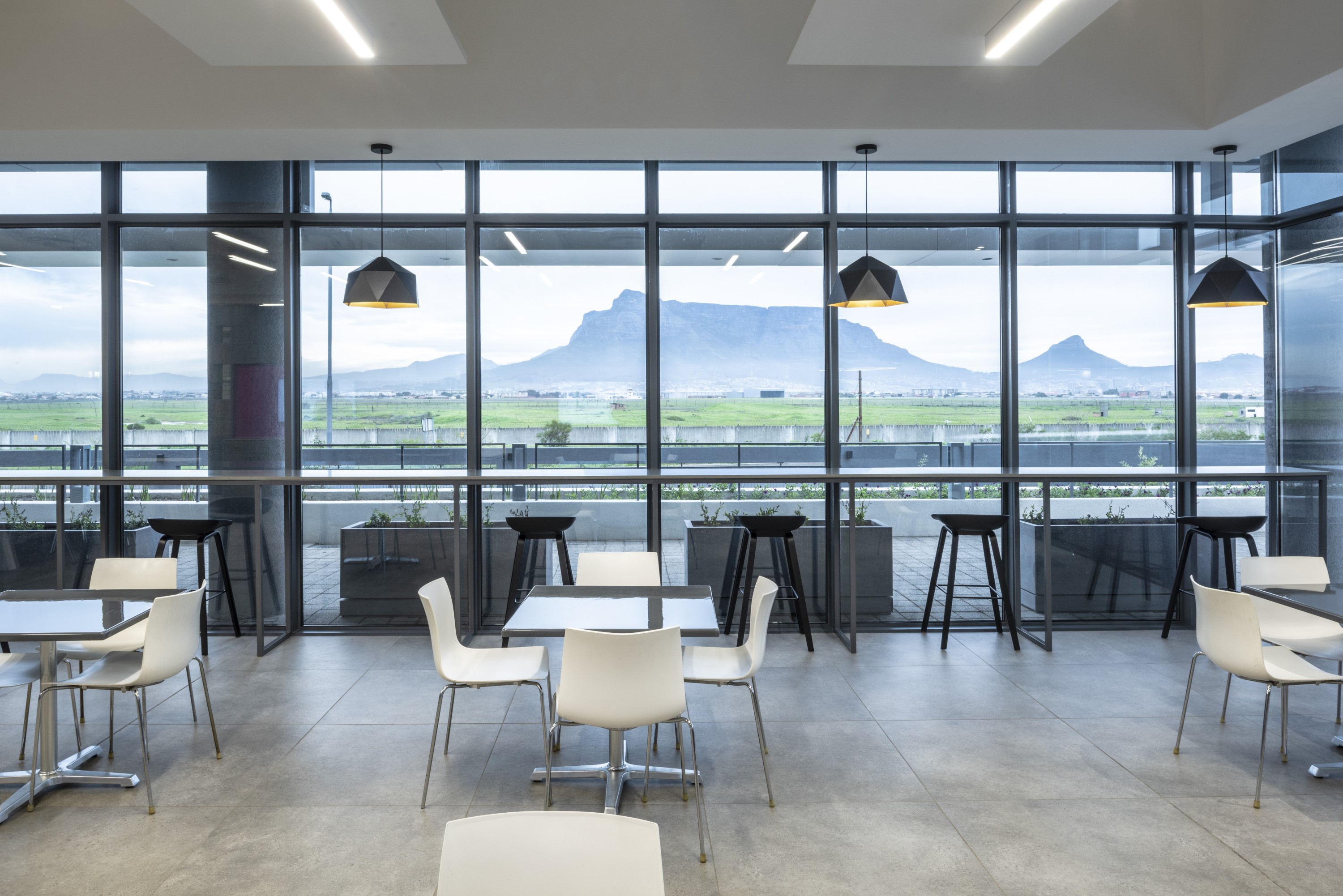 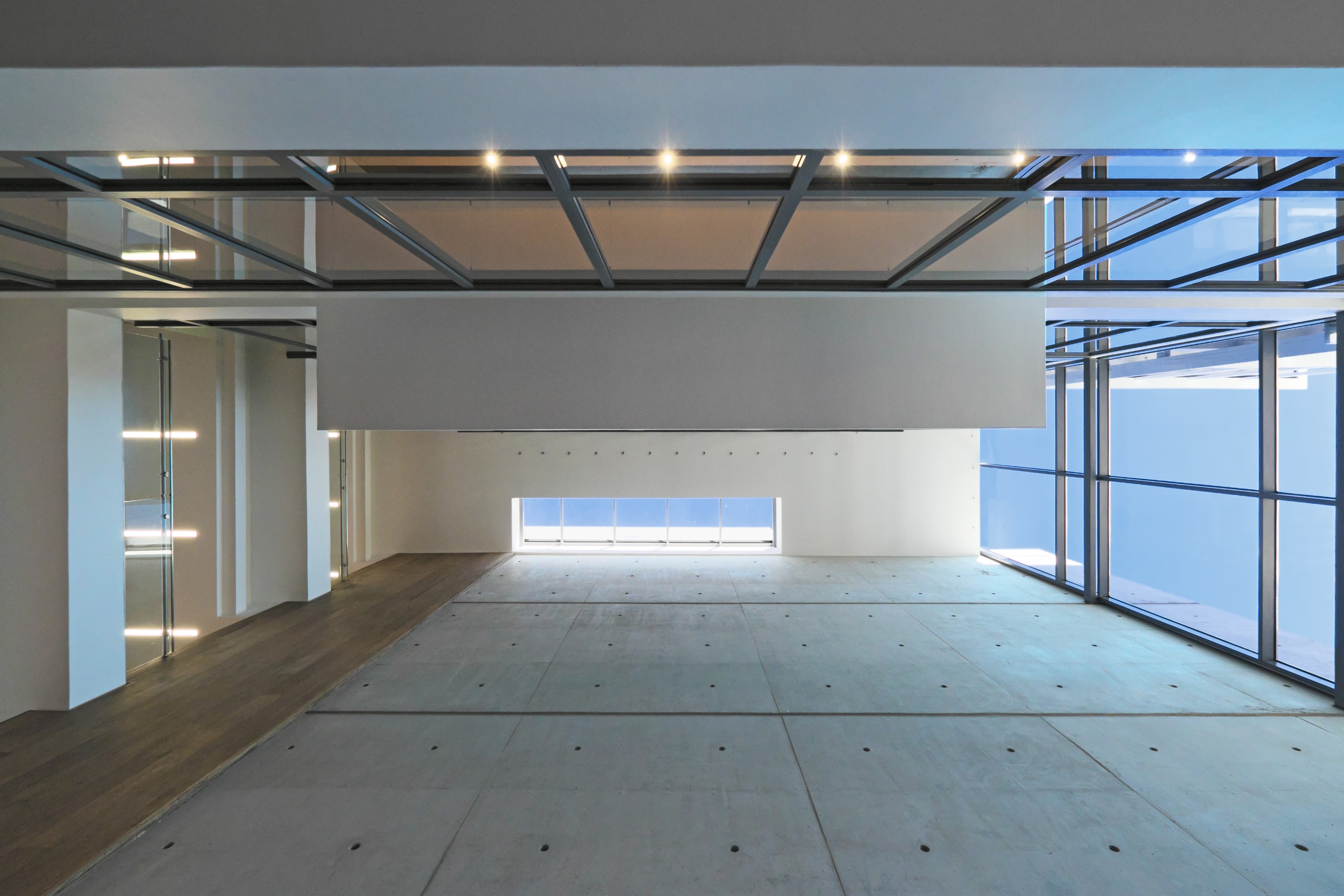 Each building encloses a landscaped courtyard, bringing nature into the very fabric of the buildings and provides outdoor breakaway places for staff. On the upper levels, a wrap-around terrace takes advantage of the buildings’ prime position – providing additional outdoor spaces for the offices located on this level.

Sable Park is the newest addition to Bridgeways Precinct, which is a new neighbourhood that merges lifestyle and commercial functions. Also located in the precinct is Bridge Park, a twin development with over 18 000 sqm of premium grade office space, and Axis, a mixed-use development which is currently under construction – both of which were also designed by dhk. 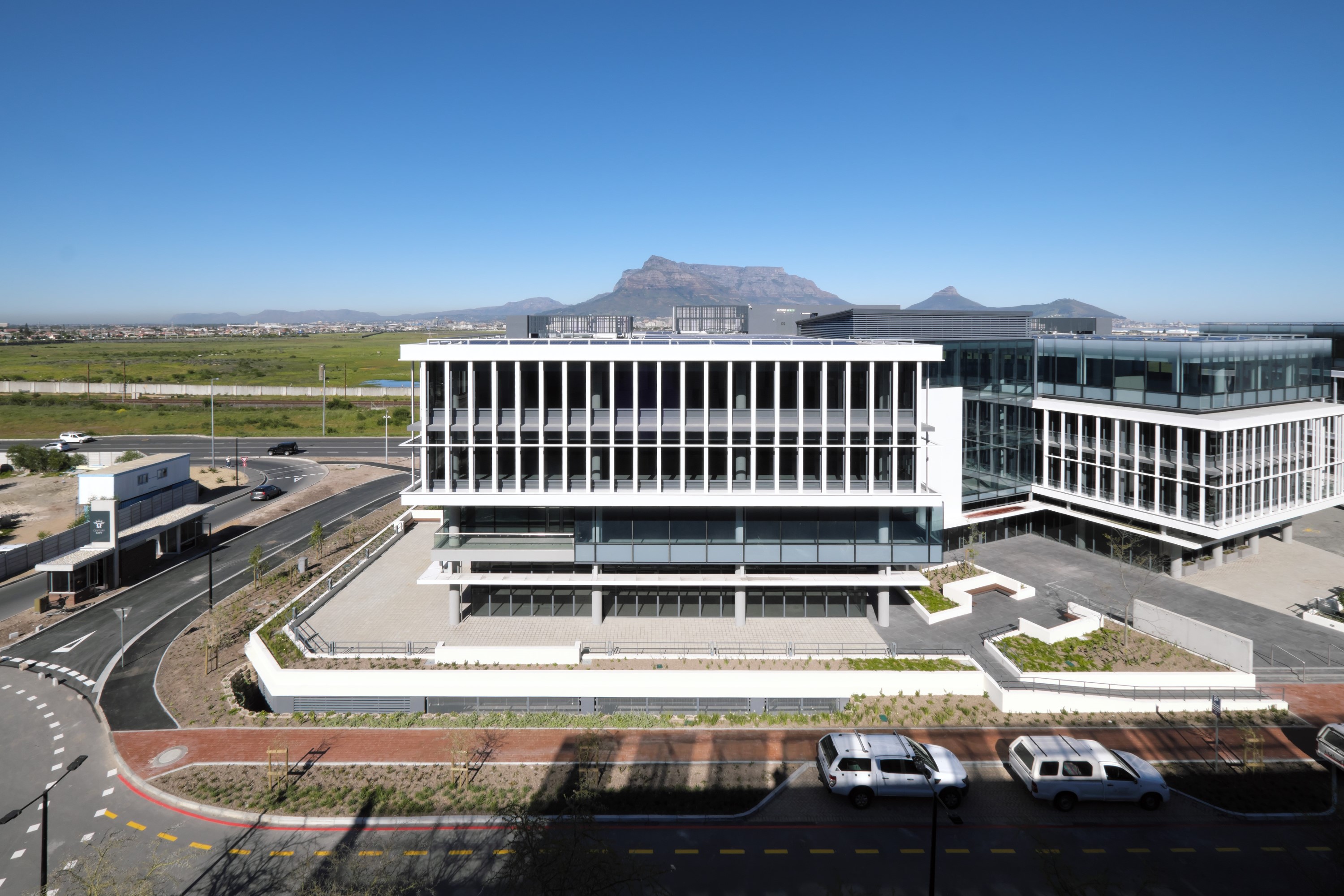 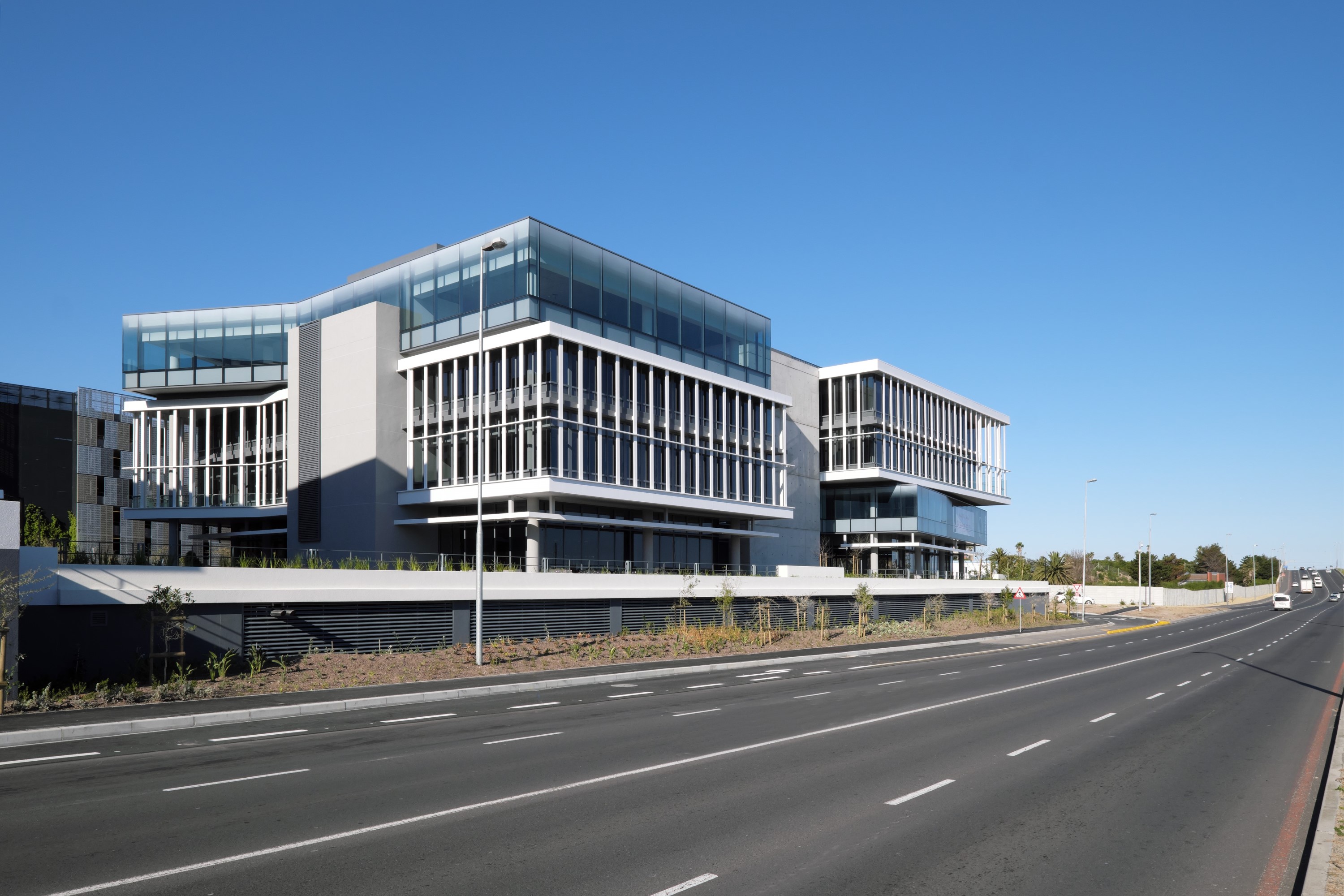 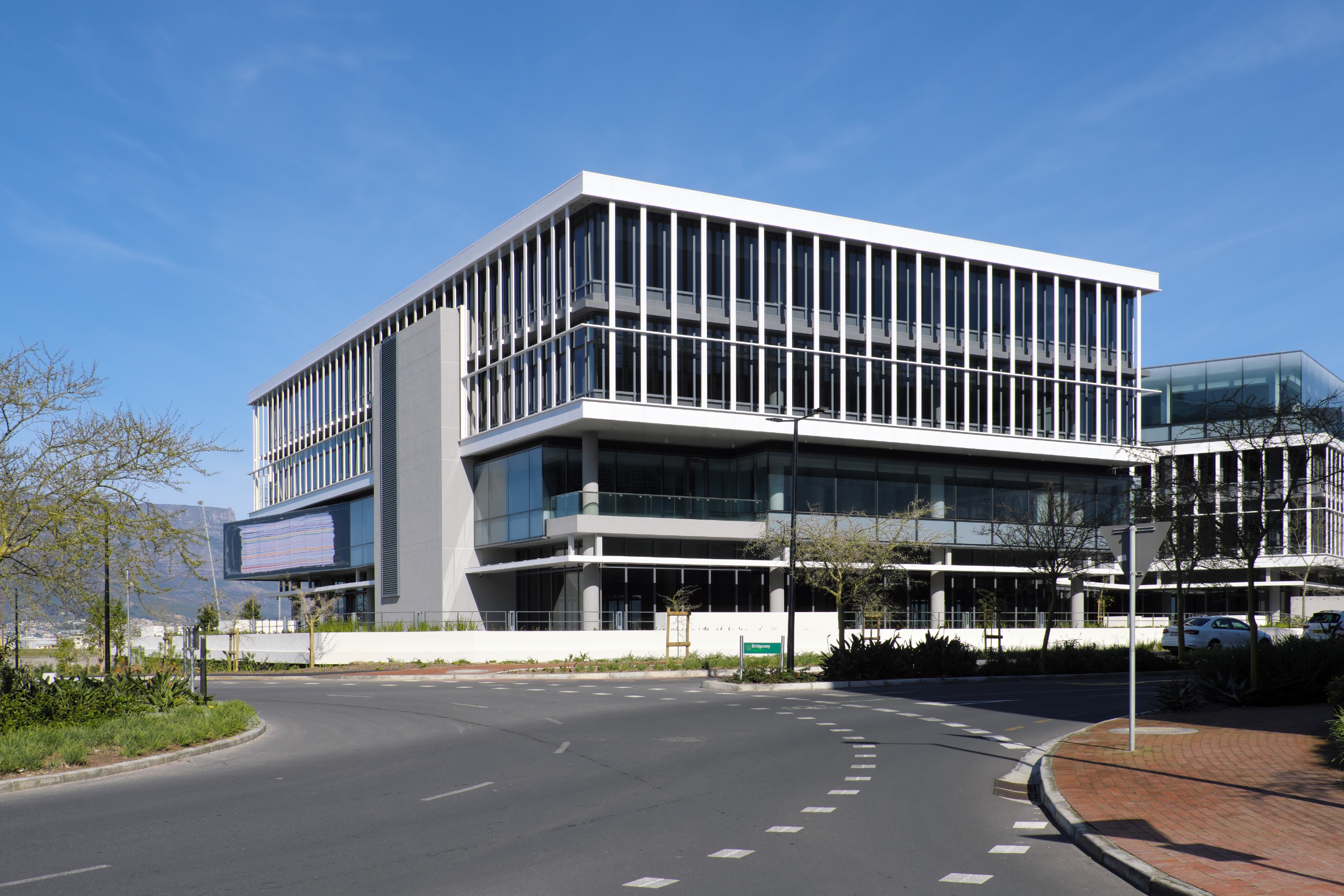 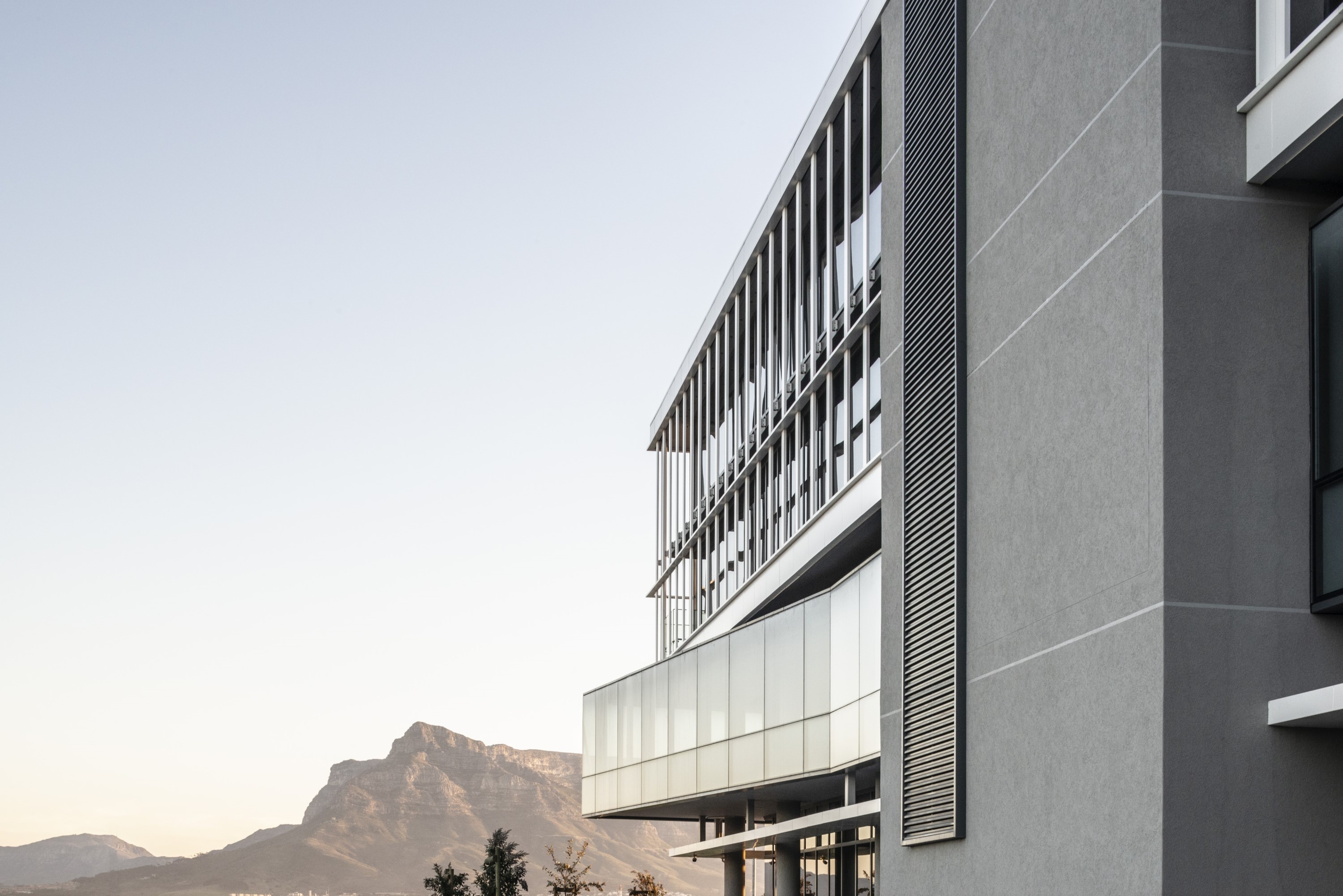 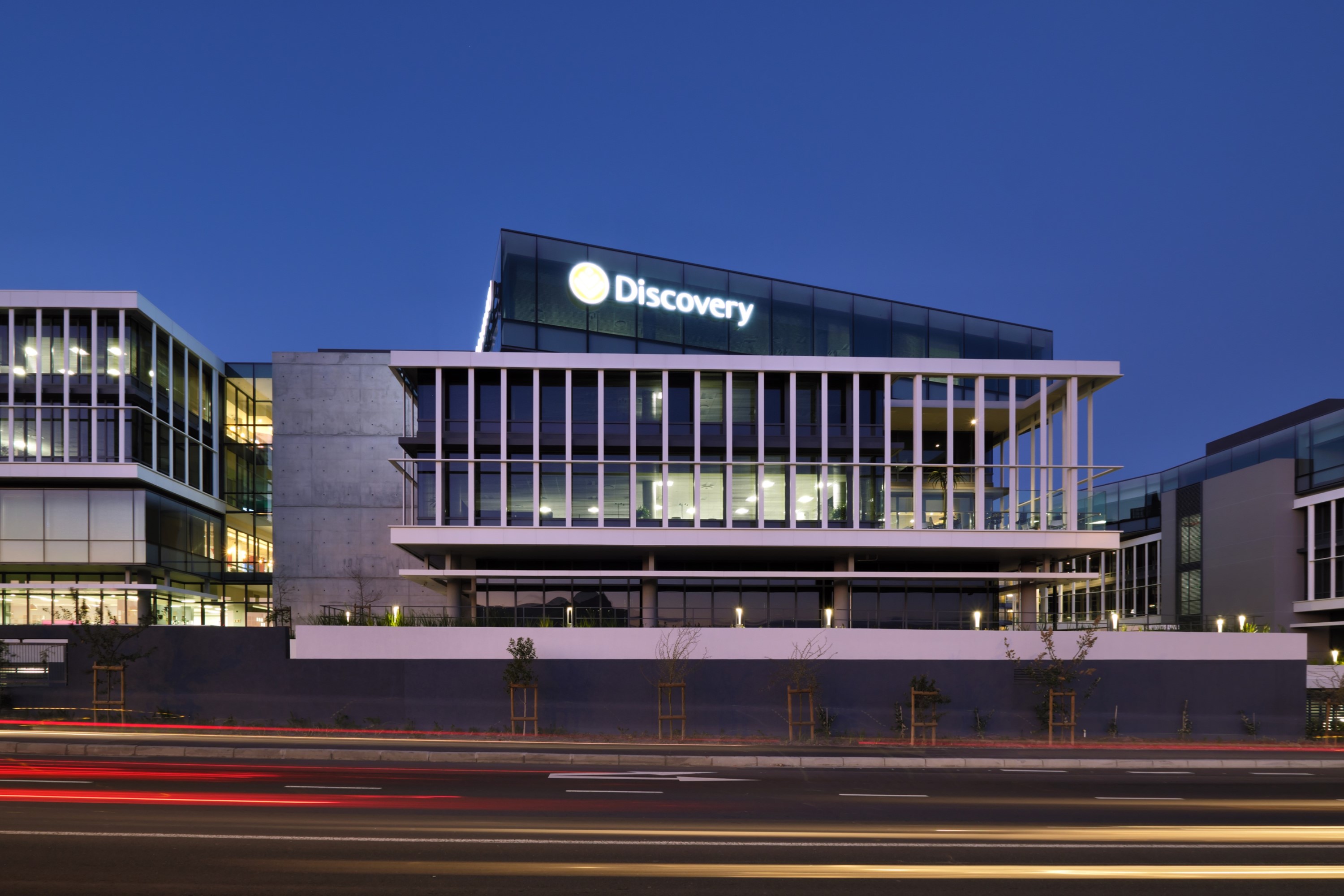 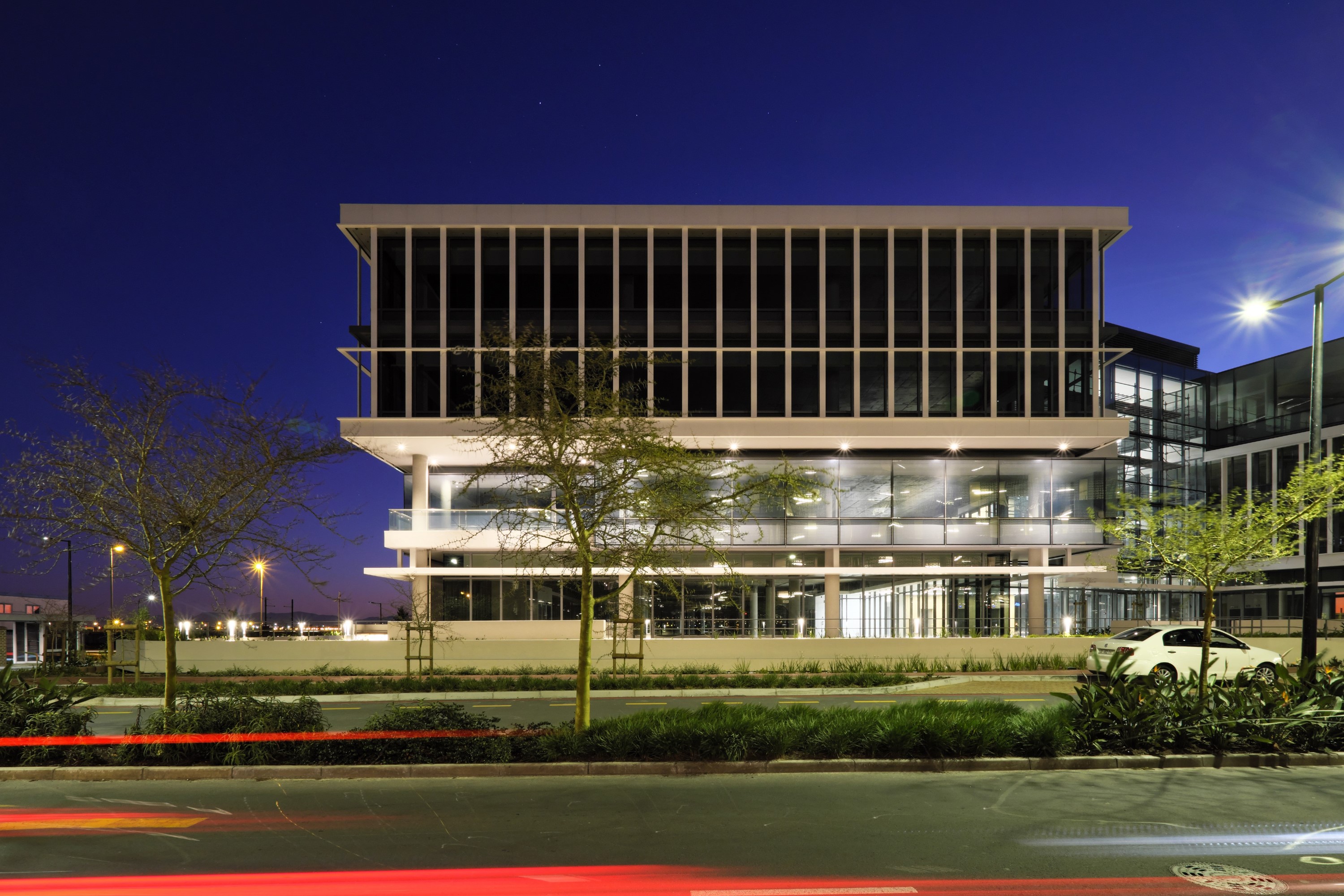 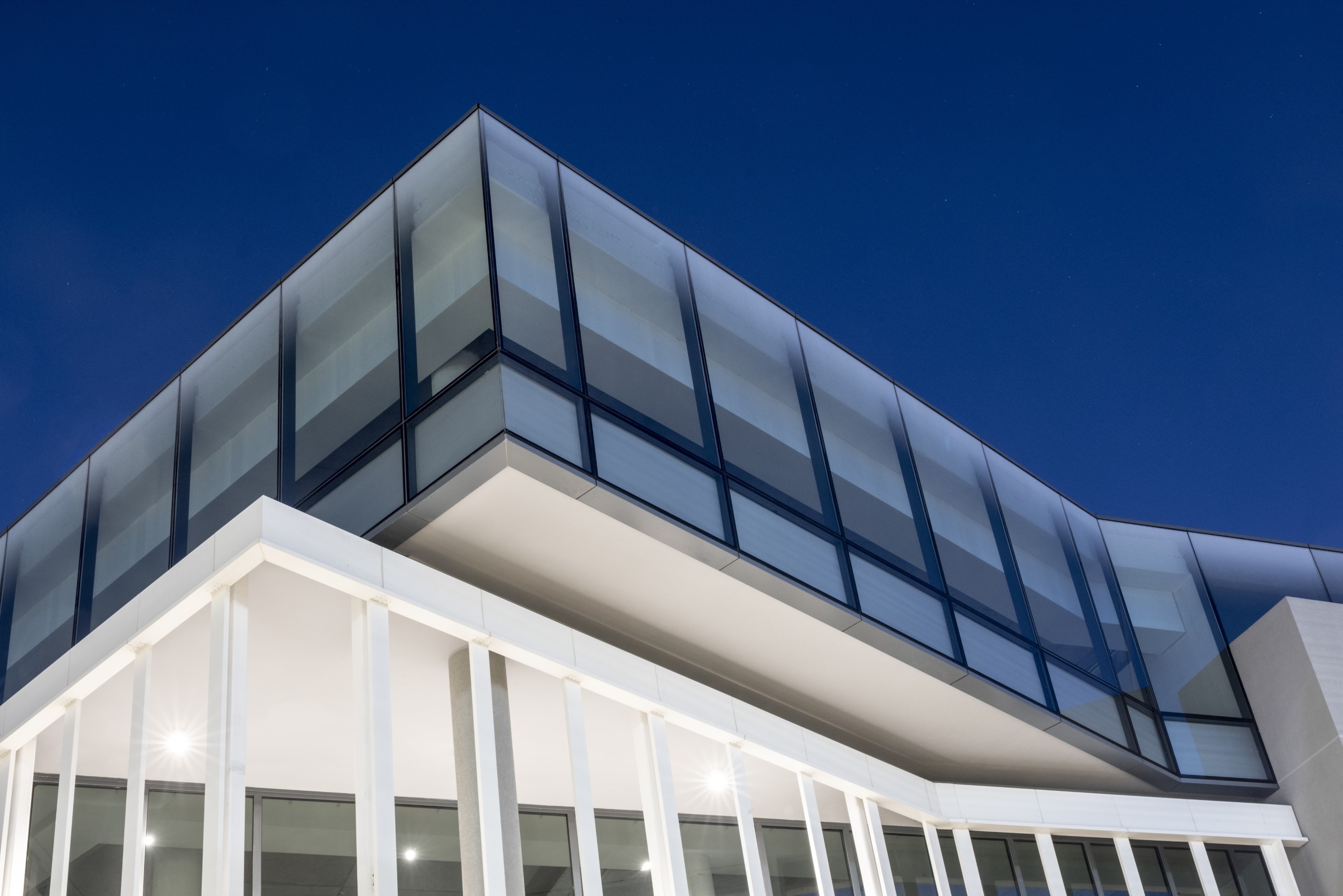 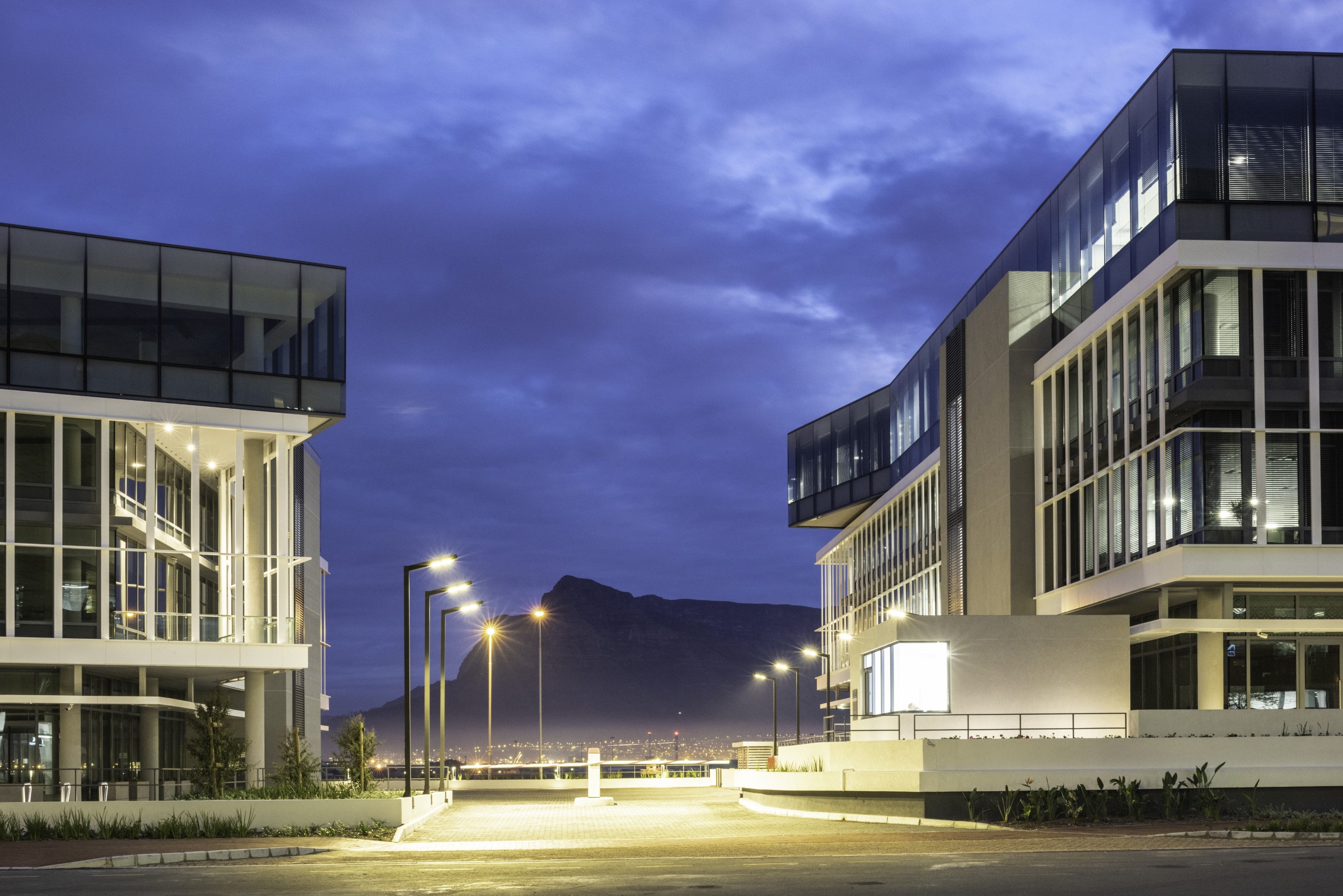 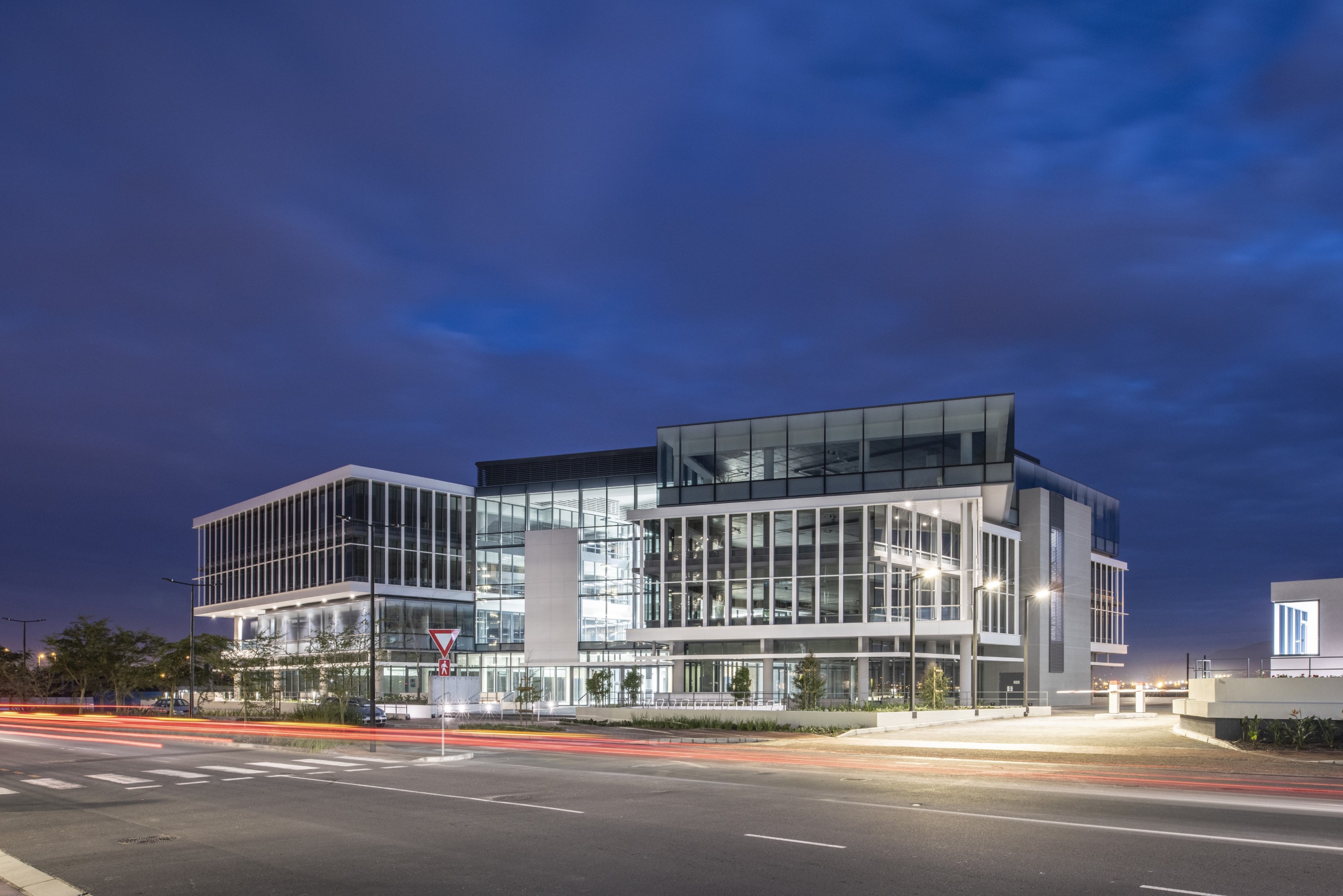