Zaha Hadid Architects has been selected to complete a new stadium for english football club Forest Green Rovers. To be constructed near the Gloucestershire market town of Stroud, the arena will form the centerpiece of the £100 million ‘eco park’ development — a proposed 100 acre sports and green technology business park.

For the stadium, Zaha Hadid Architects has conceived a pioneering design made almost entirely from wood. the scheme sits low on the terrain, intended to complement the existing meadow landscape. the venue’s roof is covered with a transparent membrane, which helps turf to grow naturally. importantly, the arena has been designed to allow for future expansion — constructed initially for 5,000 spectators, the stadium could potentially double in size depending on the club’s success. 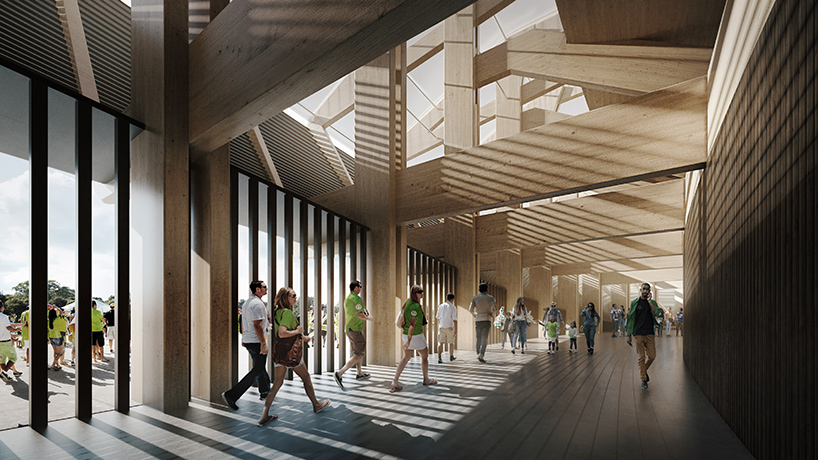 Half of the overall ‘eco park’ development will offer of state-of-the-art sporting facilities, including the stadium, while the remaining 50% will comprise a green technology business park with sustainably-built commercial offices and light industrial units. the site will also provide space for the continued expansion of energy company Ecotricity, whose founder, dale vince, is also the chairman of Forest Green Rovers. the proposal also includes the development of a nature reserve and a potential public transport hub.

‘As a building material, timber is highly durable, recyclable and beautiful,…..The proximity of the stadium’s structural elements to each other has also been determined to enable the seating terraces and floor slab to be made from timber. In most other stadiums, these elements are concrete or steel. with the team’s community and supporters at its core, fans will be as close as five meters from the pitch and the position of every seat has been calculated to provide excellent, unrestricted views of the entire field of play. The stadium’s continuous spectator bowl surrounding the pitch will maximize matchday atmosphere.’

‘Zaha Hadid Architects has built some fantastic sports stadia and facilities around the world, including one at the olympic park in london, they’ve designed one of the stadiums for the 2022 world cup, and now they’ve designed one for forest green,….the really standout thing about this stadium is that it’s going to be almost entirely made of wood – the first time that will have been done anywhere in the world. the importance of wood is not only that it’s naturally occurring, it has very low embodied carbon – about as low as it gets for a building material.’

the seven month-long competition, initiated by forest green rovers in march 2016, attracted more than 50 entries from around the world. two months later, nine candidates were shortlisted, before the field was narrowed to leave just zaha hadid architects and eventual runners-up glenn howells architects in the running. 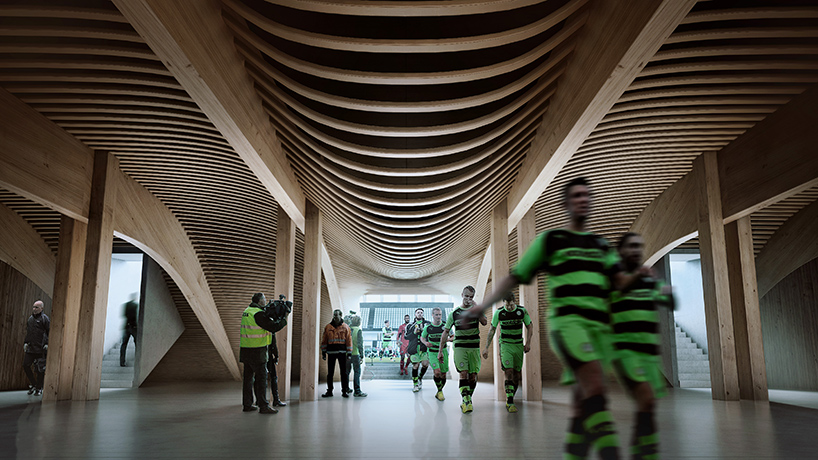 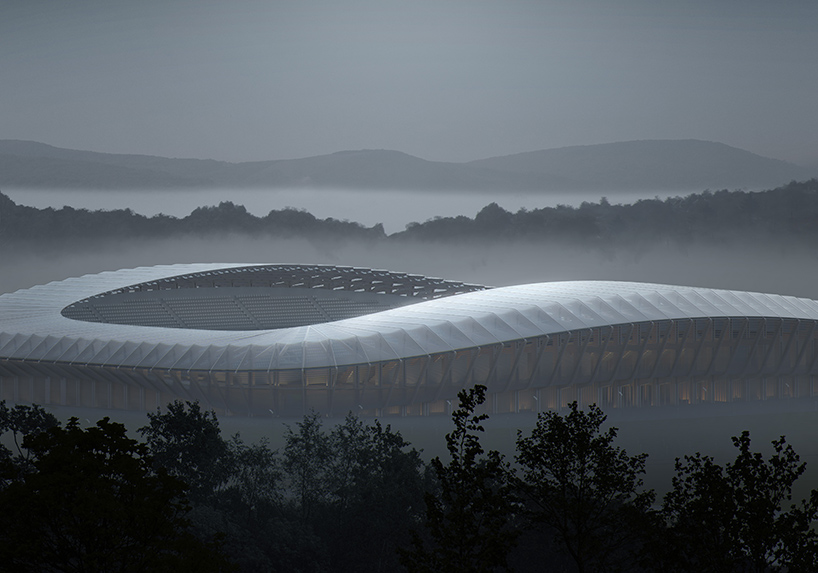