Nigerian Architect Amadi Izuchukwu Magnus recently shared with us his proposal for a multi-purpose building of the South Czech Philharmonic, an entry for an international student competition in architecture for the modular building of the philharmonic organised by Modul Arch in 2016.

According to the organisers, the brief involved,

“…bringing attractive ideological solutions for the proposal of a new multi-purpose building of the philharmonic orchestra in České Budějovice.”

The topic of the competition was the design of a multi-purpose centre of the South Czech Philharmonic with a variable hall for an audience of up to 1,000 persons, combined with an open stage for open-air concerts with all the necessary amenities for the artists as well as for the visitors of the cultural installation of the South Czech Philharmonic. (Find out more about the brief and competition here).

Here’s how Amadi describes his submission,

[dropcap size=big]T[/dropcap]he architecture of the building was conceived to reflect a harmonious setting that recognizes the cityscape & landscape features of the surrounding environment. The proposal intends to strengthen the social integration of the community by integrating park Na Sadech into the design. The building roof pavement is inclined to flow with the existing landscape creating a platform where music and concert shows can spill outside and into the public realm. The roof is characterized by terraced modular steel container structure cut into 9 equal parts covered with solar panels, courtyard openings and green areas. It also acts as the facade where the roof kisses the ground on the North elevation and South elevation facing the park Na Sadech respectively. The roof of the new building gives a rare opportunity to offer an attractive view of the location based and still well-preserved medieval town.

The building doesn’t impose its massing on the cityscape but acts as a transparent and porous structure allowing for uninterrupted view and access from the northern front of the square, rear wings of apartment buildings, western and eastern create robust buildings with a small  city-forming potential to  park Na Sadech at the south. The building has clear windows running from floor to ceiling, creating strong connection between the inside and outside with spaces flowing from the building to the outside.

The open space on site is utilized fully with seating arrangements within a well landscaped garden environment complete with water feature and park furniture. The entertaining spaces provide a place to unwind while encouraging social interaction.

The design focuses on human-centred concept which highlights and emphasise the importance of pedestrian movement for a site that is surrounded by roads, vehicular movement are restricted to underground parking including the general public parking spaces for the row houses on the North and East of the site. 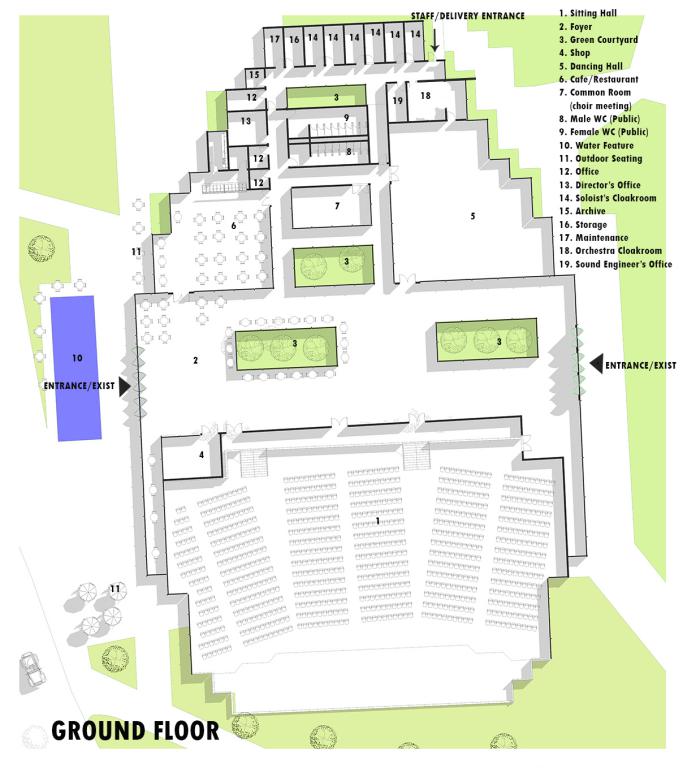 The first basement floor of the building is used as a storage tank for rain water collection system on the roof and reinforced concrete wall that acts as thermal mass, insulated for heat balance and control. The glazed courtyards allows natural day light into the building’s foyer as well as been used for stack effect ventilation allowing the rise of warm air. The glass windows are E-glazing panel acting as insulators and acoustic finishes together with wood panel on the wall, ceiling and floor of the halls. 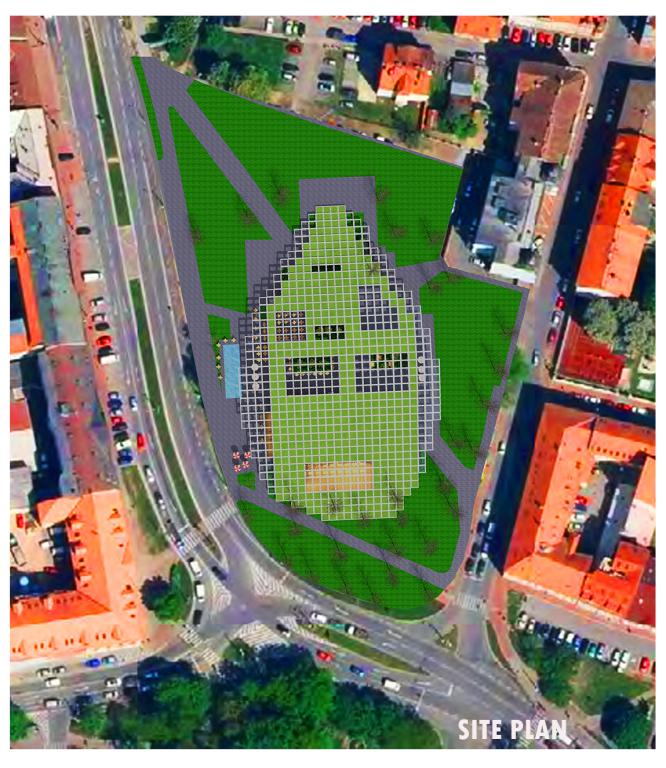 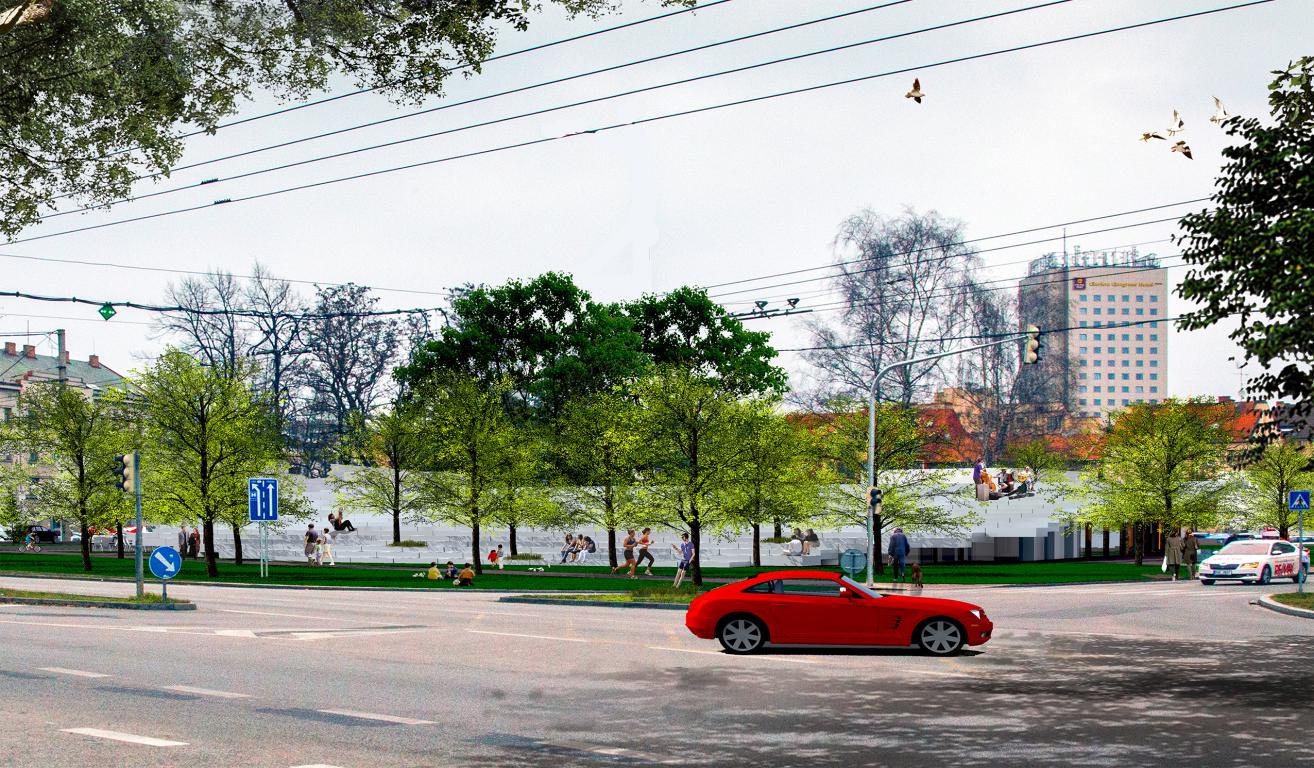 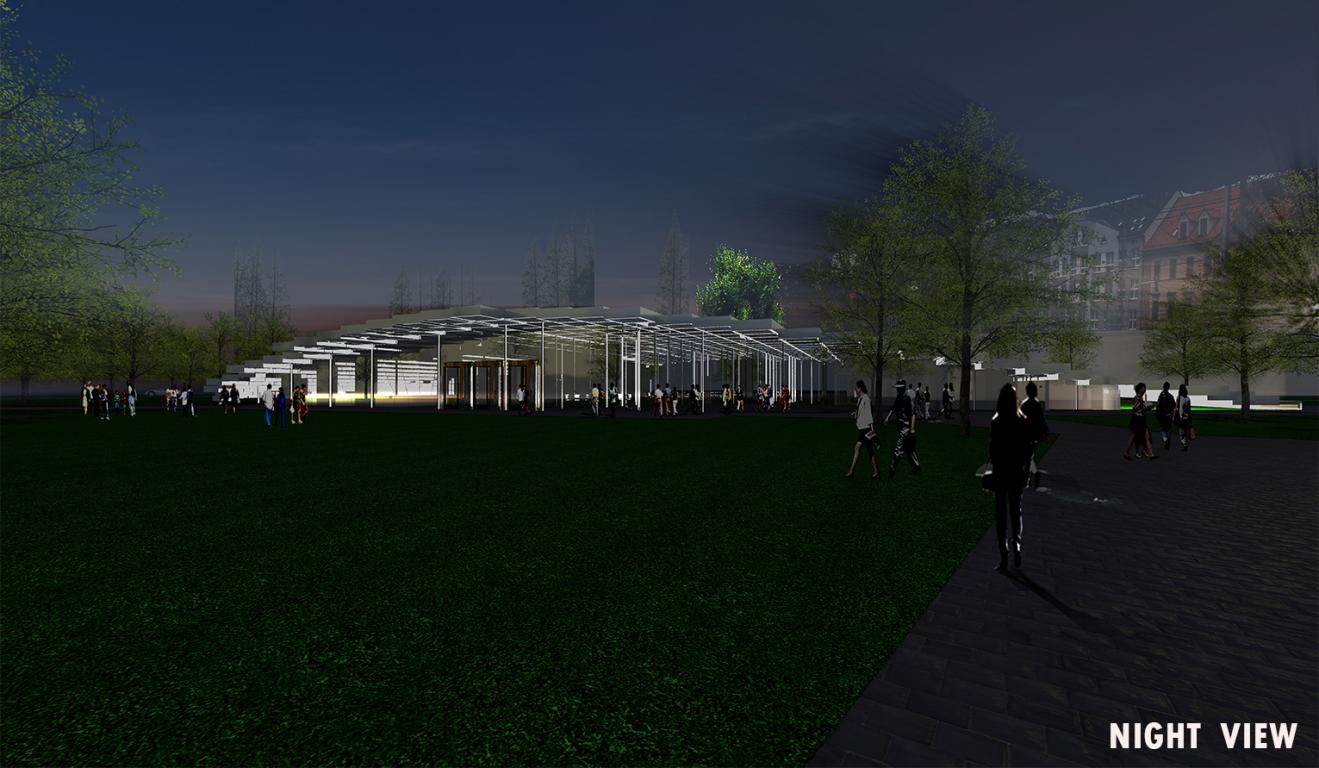 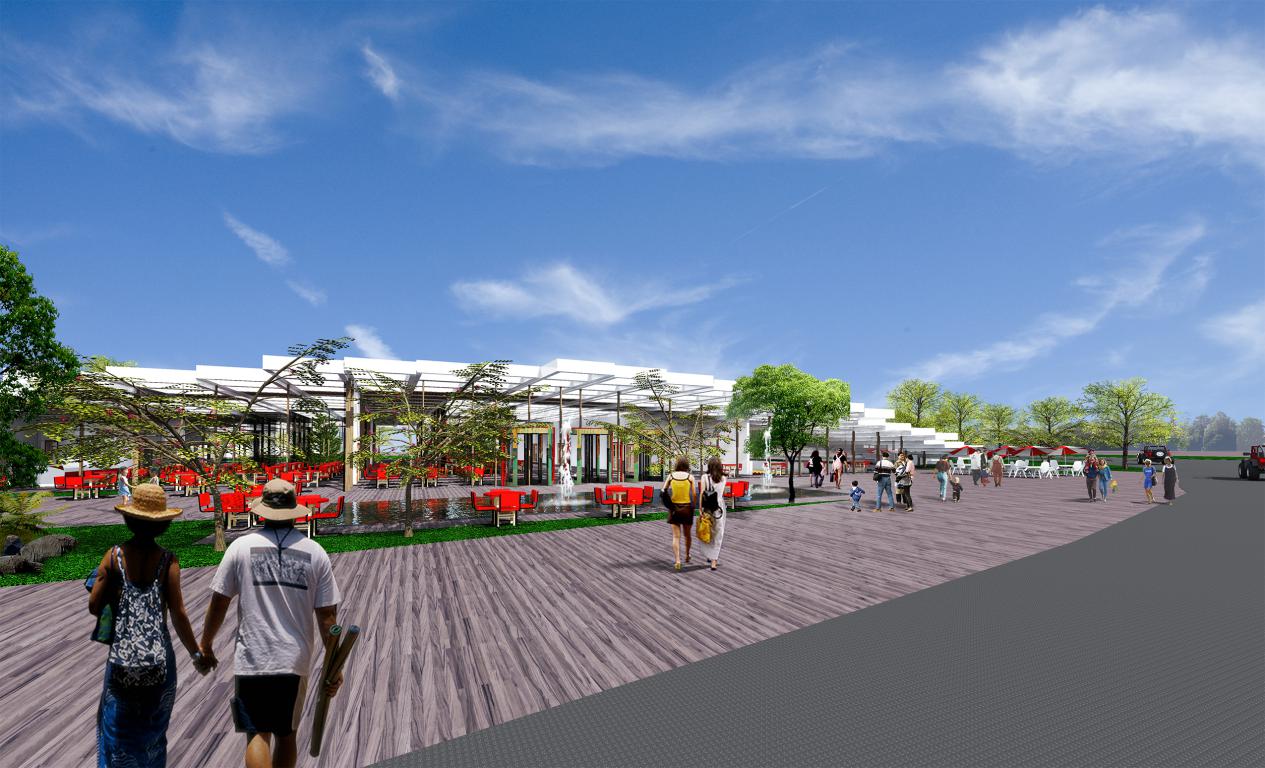 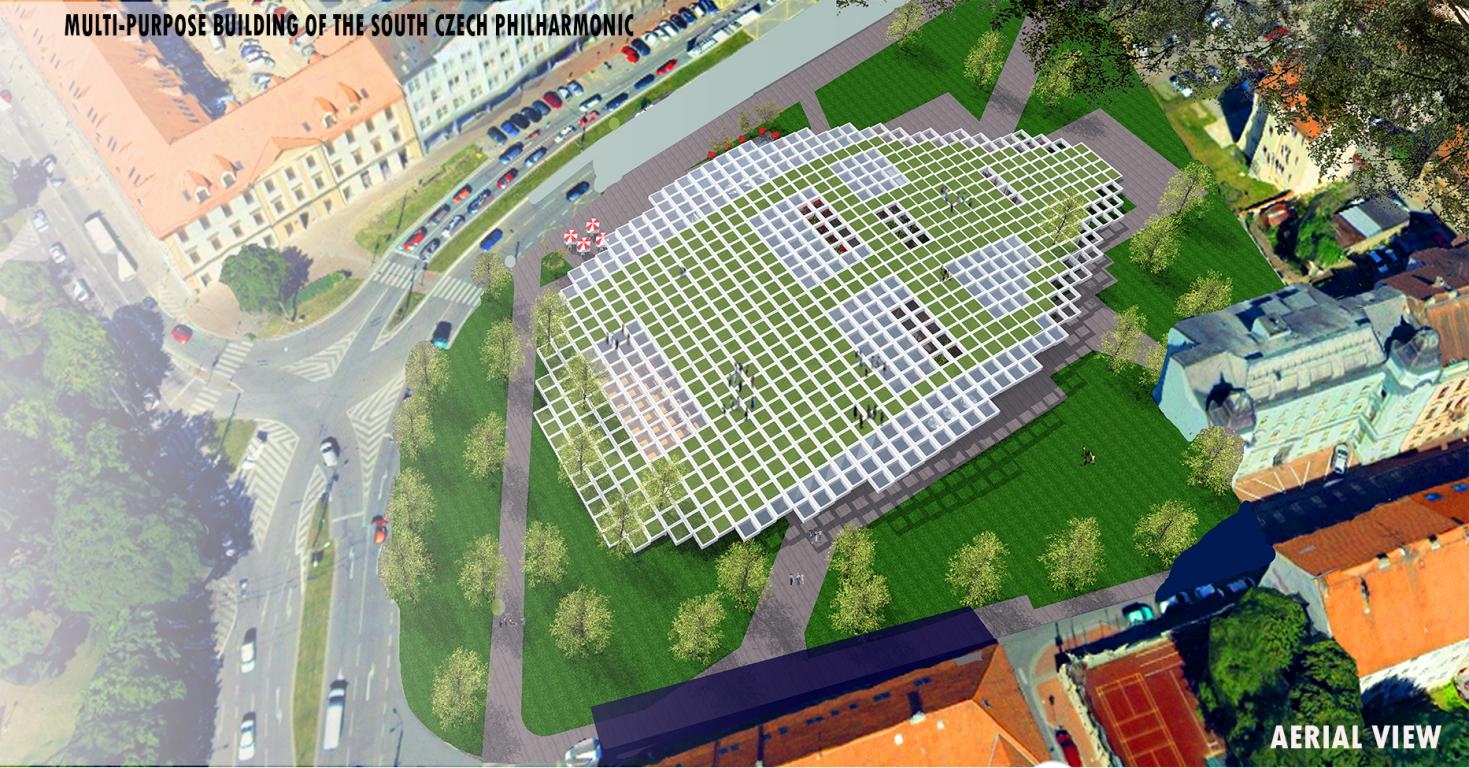 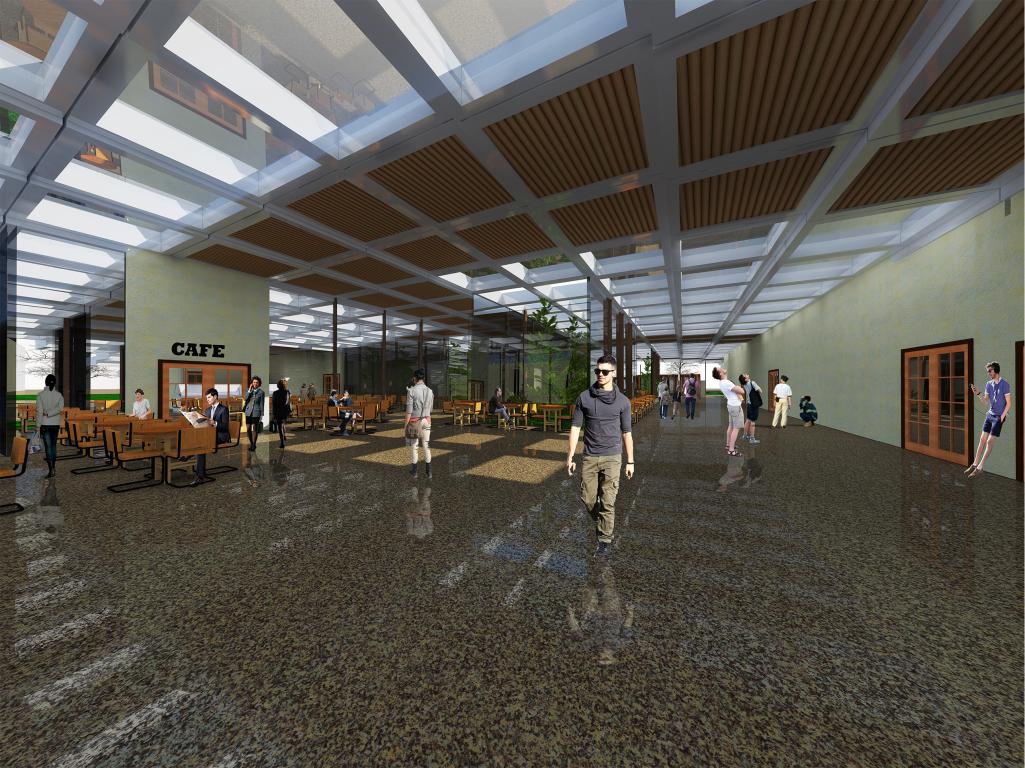 (THIS PROJECT FEATURE IS AN ORIGINAL SUBMISSION FROM AMADI IZUCHUKWU MAGNUS. IF YOU’D ALSO LIKE TO FEATURE A PROJECT ON OUR SITE, SUBMIT AN ARTICLE OR, SHARE SOME KNOWLEDGE YOU CAN VISIT OUR SUBMIT PAGE FOR DETAILS ON HOW TO DO SO)

Next
Dewy Chairs by Levantin Design