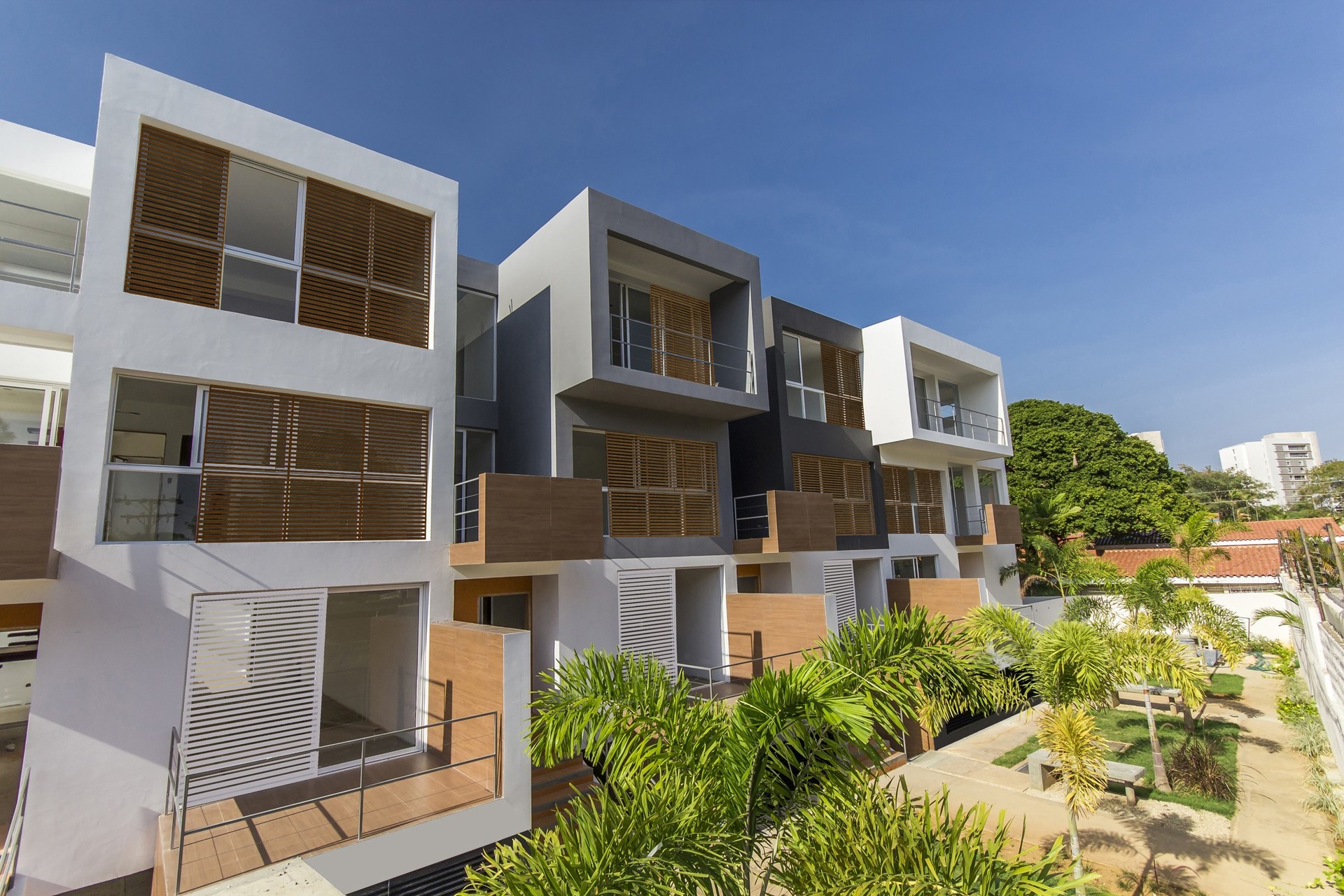 Exemplifying a contemporary tropical character, the residences offer an engaging facade and aesthetic with large windows, screened balconies/terraces and protruding rectilinear forms that push and pull the facade resultantly creating a play on light and shadow.

The residences are built as an array along the length of the site sitting deep into the plot. The homes are forced to ‘squint’, as it were, into the street and neighboring building, resultantly, the perimeter wall of each house is treated more as a measure of light as opposed to a tangible material. In other words, how much light can be admitted into the buildings without sacrificing on privacy and what not.

This ideology of measuring by light also informs the introduction of vertical inner courtyards which in a manner, reaffirm the individuality of each home as opposed to the traditional notion of living in a row house which typically has a separation wall.

Surrounded by green and vegetation, each buildings openings, be it the balcony, terrace of large glazing, interacts to a certain degree with the plot and ‘animates’ the view somewhat.

The fusion of clean, geometrical volumes perforated by large fenestration and protrusions makes for an intimate and supremely functional building that certainly looks to be a joy to live in.

Previous
Patterns and Reflections: Behind CMD+A’s Design for the GTBank Fashion Weekend