This project in Morocco, built in collaboration with the local architect Elie Mouyal, is located in the city of Benguerir, the administrative centre of Rhamna province. Benguerir is only 70km from Marrakesh; Casablanca, Fes, and Meknes are not far away either.

The university will soon create new activities, new flows, and new interactions, and was built within the new “green city” planned on the border of Benguerir with the goal of establishing a new epicentre, appealing for its cultural dimension.

Morocco and other regions in North Africa have been an unending source of inspiration for Ricardo Bofill’s work. The organisation of space, the ambience, and regional materials have often been incorporated into the Taller’s projects the world over. Details from North Africa’s way of living can be adapted to different schemes and allow for the creation of positive ways of interacting and living. These details manifest themselves in subtle and progressive transitions between spaces, made from plays of light to understand interior spaces, and the organisation of spaces around central courtyards, where individuals can gather in a more intimate alternative to town squares—the historic site for consultation, rallying, and sharing ideas. The Taller’s sources of inspiration have been built through its deep knowledge of the cultural foundations present in the history of Mediterranean, vernacular, and nomadic architecture. They’ve been carried across the world to be combined with the unique characteristics of each site, initiative, and culture.

For this project, and more than ever before, the Taller de Arquitectura had the opportunity and felt the need to strike a balance with local traditions when designing the Mohammed VI Polytechnic University. The campus was planned on a site that had never been developed before. It emerged from the earth in accordance with the new city’s master plan—in the organisation and connections that were to be harmoniously managed, and in the breadth of the initiative. Thus, the issue was to build in order to accommodate a range of activities, but also to organise the life of future occupants, residents, students, teachers. The development of this busy hub, accommodating culture and learning, was to become a powerful symbol that conveyed traditions, the passing on of information, and evolution.

The layout of the campus falls within a geometric grid, rhythmed by squares. The geographic distribution of uses was defined on the basis of this outline, as were the details of the façades and the major axes and courtyards that punctuate one’s journey through the built environment. Indeed, the university’s layout was composed as though it were a question of designing a new city and linking it with the urbanity it was destined to produce. The project was thus rolled out with a desire to create a comfortable setting, appropriate for teaching, learning, and scholarship, and to put in place the urban processes responsible for encouraging sociability. Fostering these interactions in a forum for the exchange and transmission of ideas—as in a school or university—was a vital concern.

The campus is crossed by a central walkway that provides access to the main buildings, and, as such, the two main entries were placed on either side of the site. A first pergola, made of glass and longitudinal steel, marks the entrance along a light but shady walkway that welcomes and accompanies visitors on their way into the campus. This innovative structure makes the journey through an external space three-dimensional, and the gesture makes it possible to grasp the site’s symbolism. This first threshold, permitting entry to the campus, immediately places tradition alongside contemporary techniques, setting itself up as a symbol of the project’s architectural diversity. The first pergola extracts itself from the two entrance buildings, reaching out to meet the exterior. It then weaves around between the School of Industrial Management and the Congress Centre, progressively structuring the space travelled along and finally opening out onto the main square. 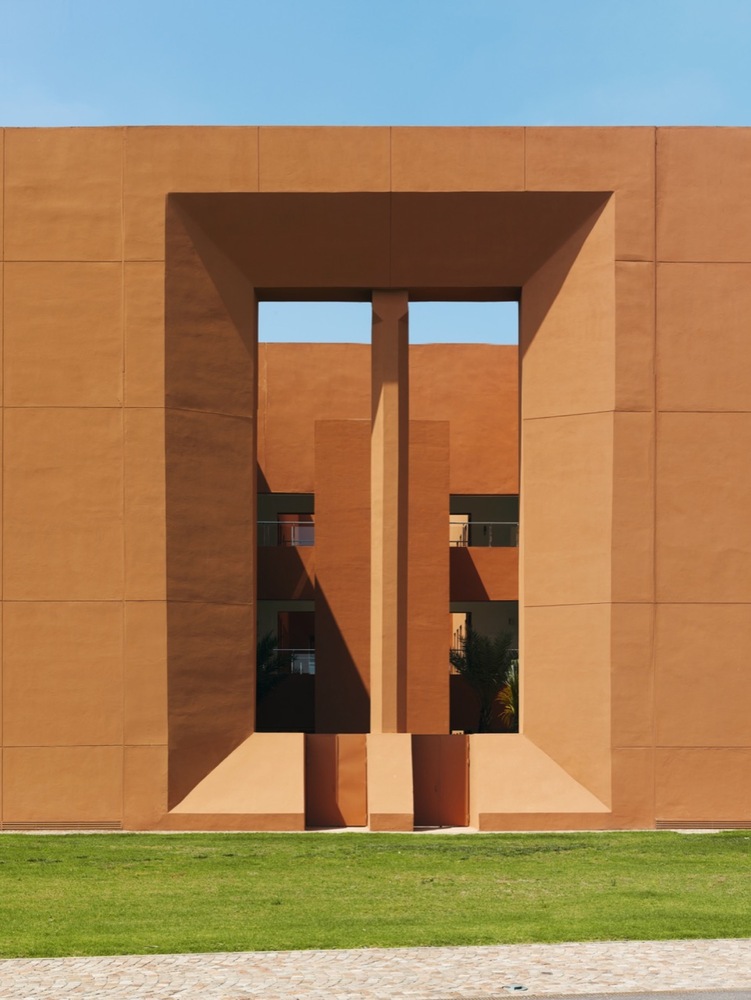 A second pergola covers the main square. Taking a simple square form on the plan, it’s complex and monumental when confronted in space. Thick steel pillars support a broad transparent shelter and carry the rippling glass blanket to the end of its fine branches. The air is cooler as it circulates under this immense covering of glass panels, which produce plays of light while easing the force of the sun’s rays. This covered square was designed to become the main centre of life and outside meeting point. Surrounding it are the restaurant, administration building, research centre, and community hub, whose functions also create diverse flows of people and promote interaction. Traffic within the School of Industrial Management travels across the length of the building’s façade, which itself borders one side of the main square, as well as a planted walkway. This traffic is principally illuminated by glass openings produced by a succession of arcades and accompanies the exterior spaces, allowing them to regularly link back up. 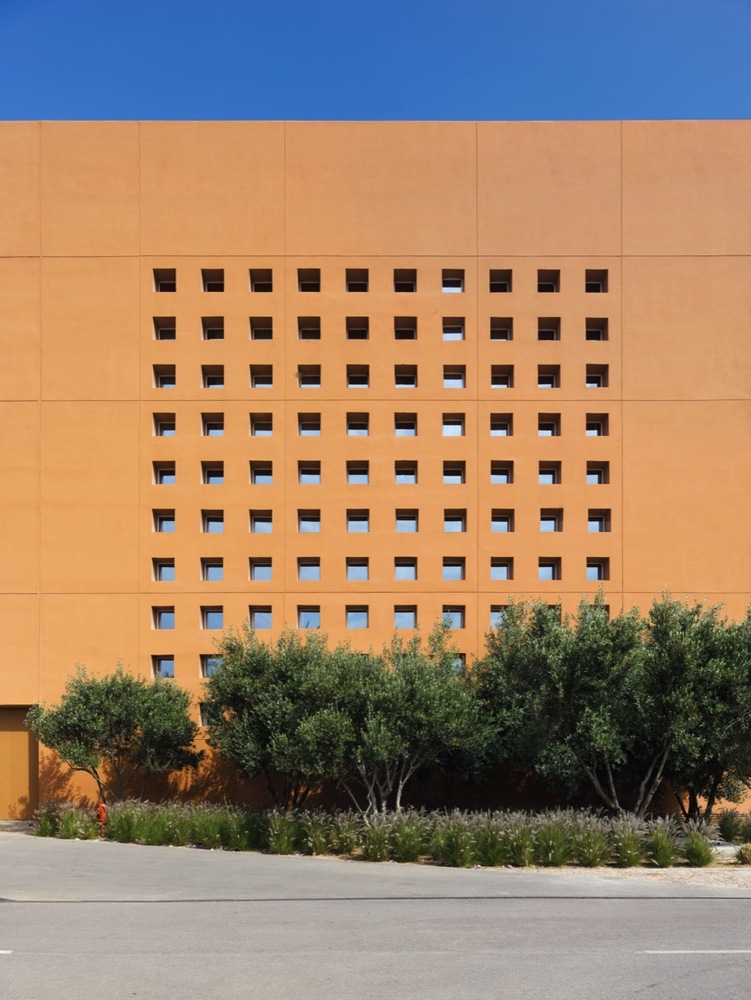 At the heart of each building is a patio. Different variations of the patio are worked through, surrounded by arcades, by covered and semi-covered streets, allowing visitors to travel through them in the manner they desire. It’s also possible to remain in the centre, where furniture stands in the shadow of trees or façades. The façades share the colour of orange earth from the country’s mountainous regions and embrace the major figures of Moroccan culture. The built volumes majestically emerge from the light stone covering the ground, from the vegetation and the sky. 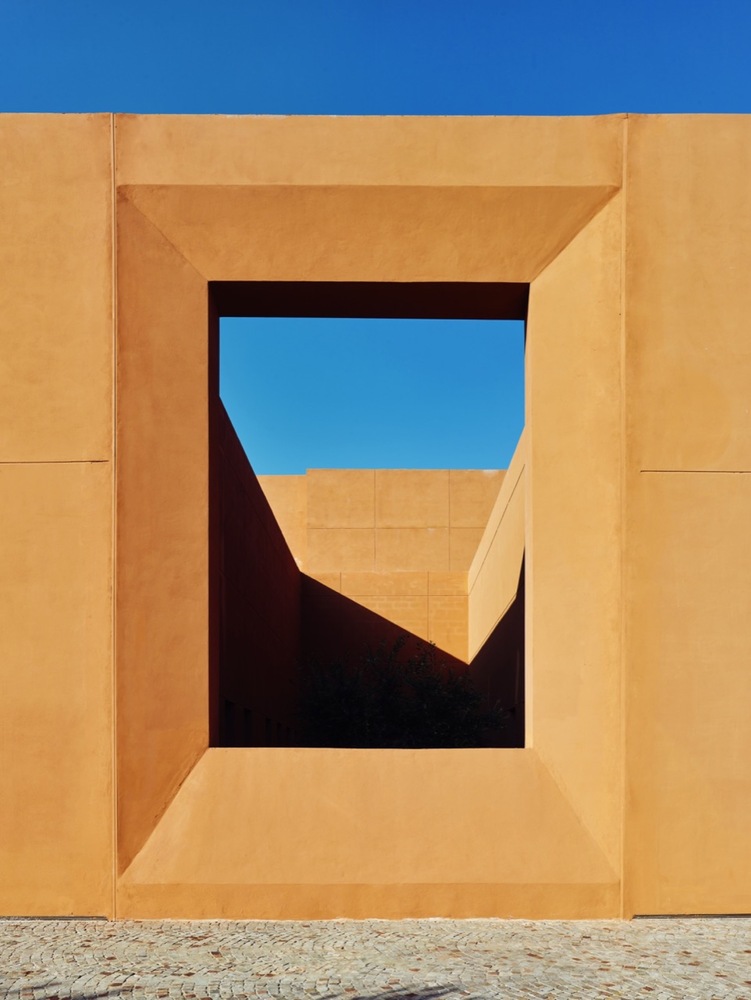 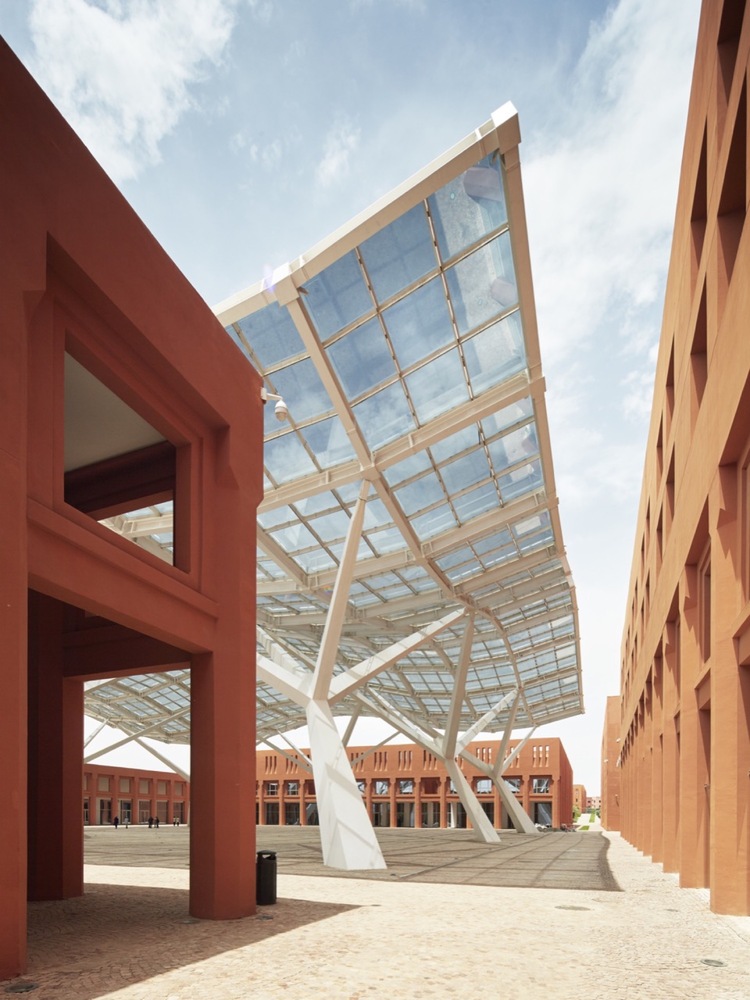 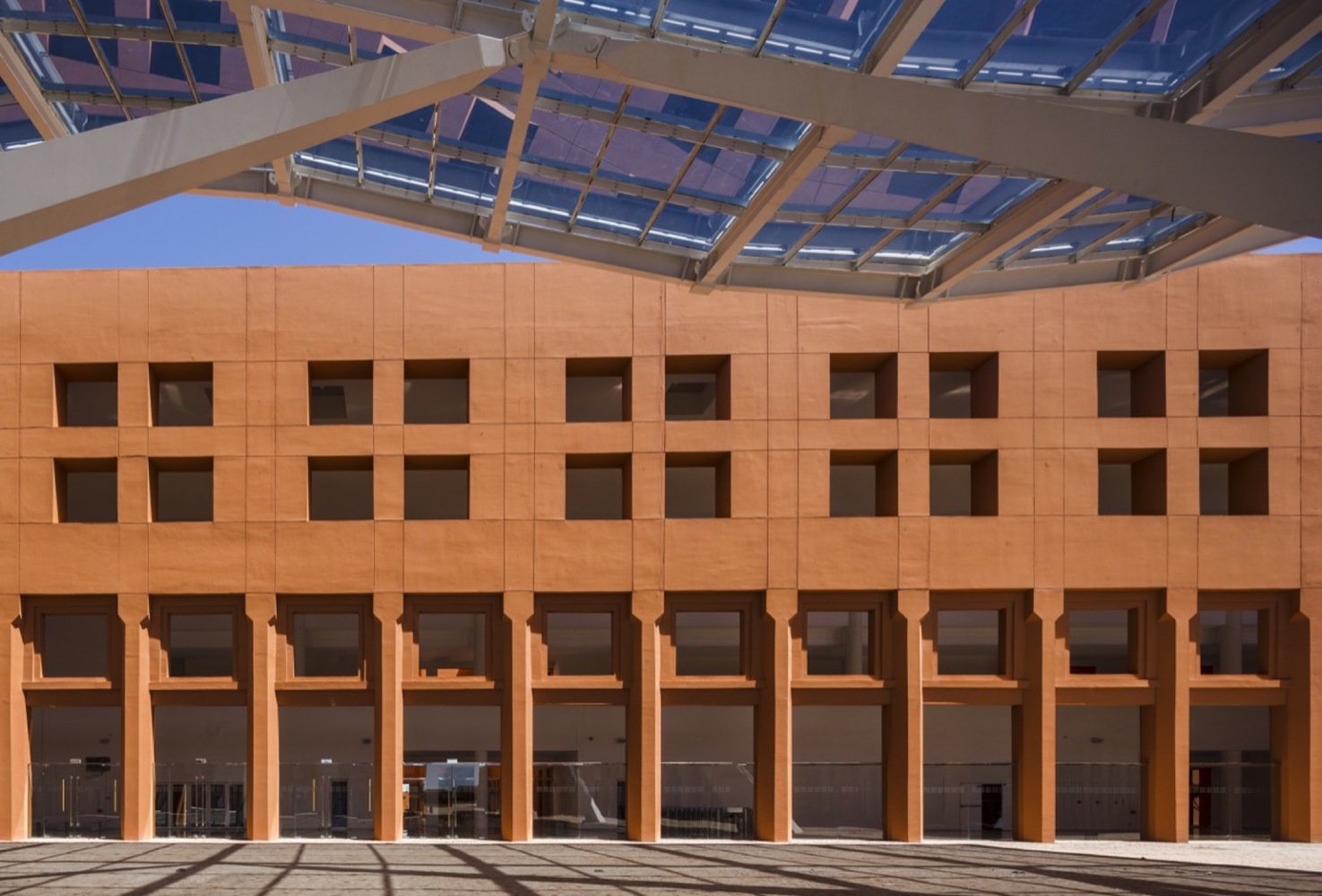 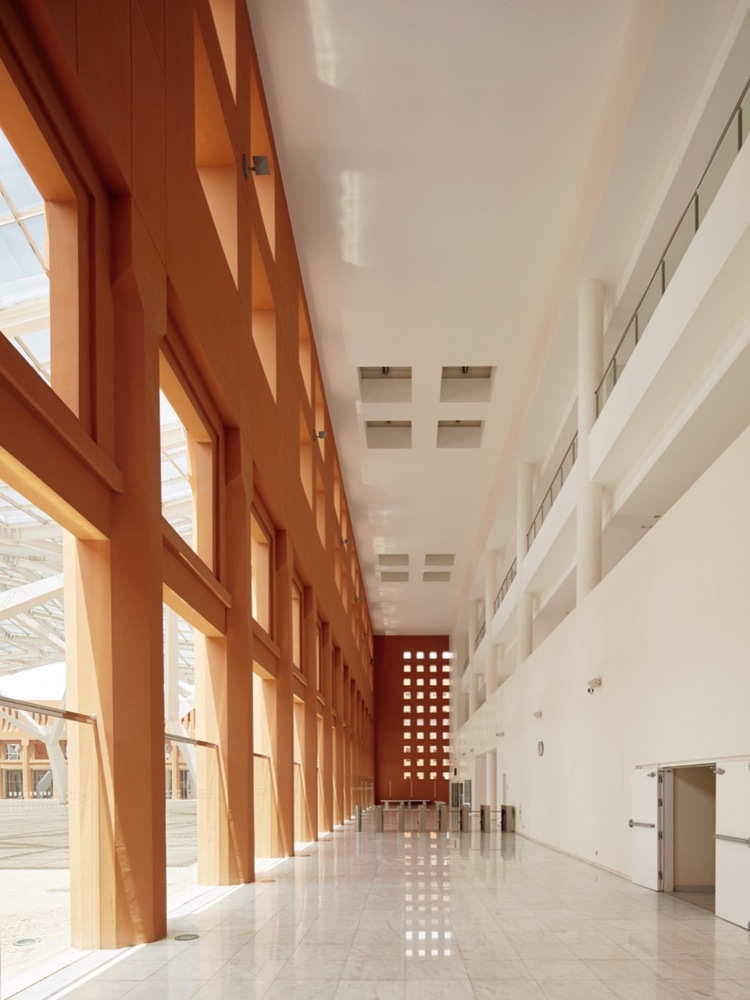 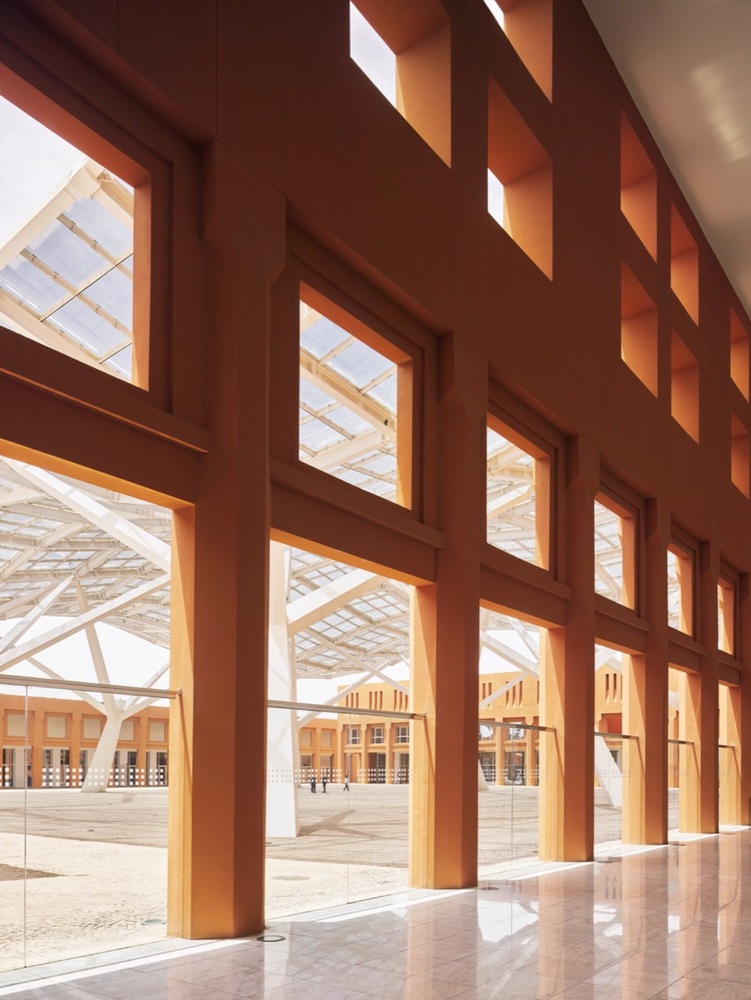 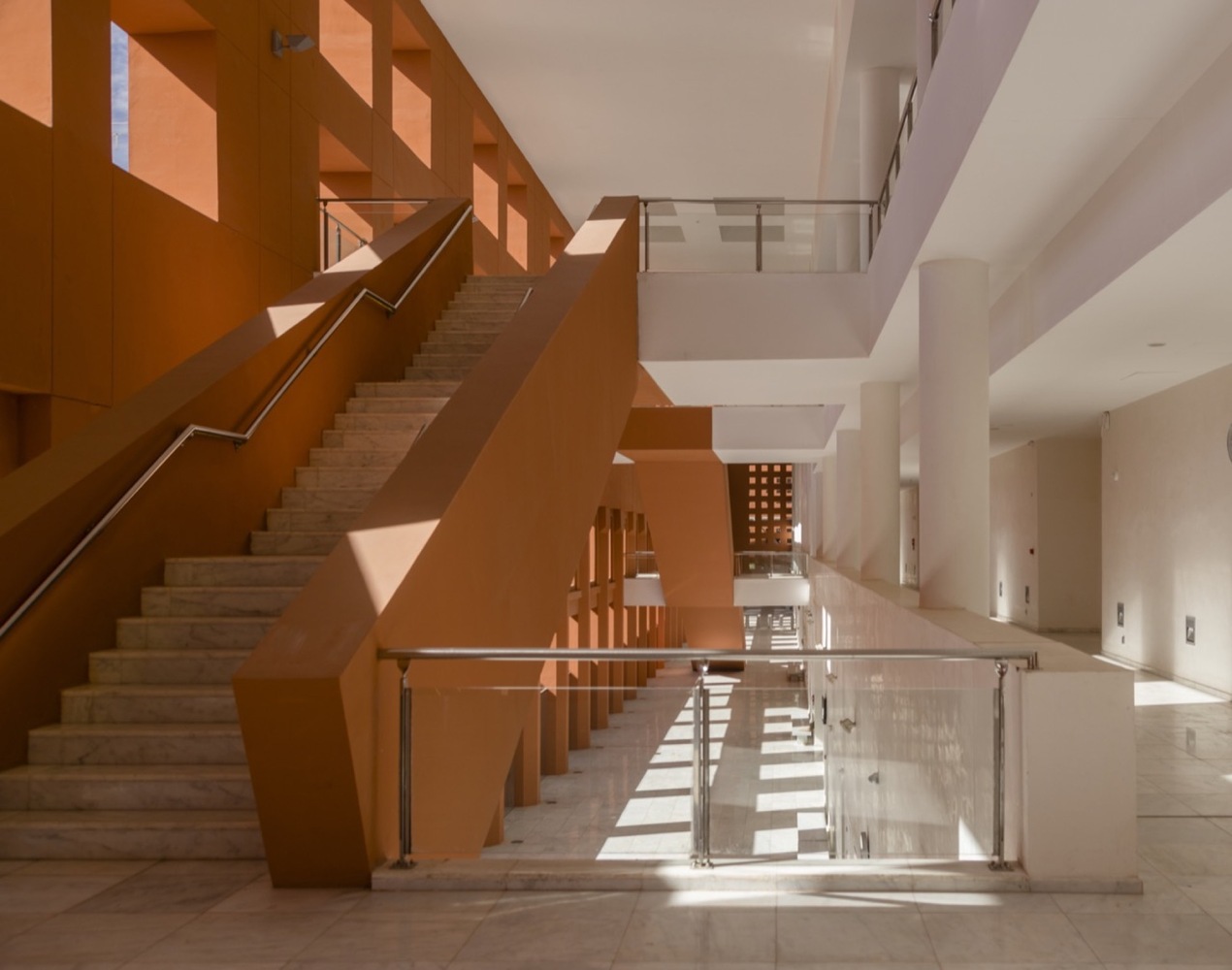 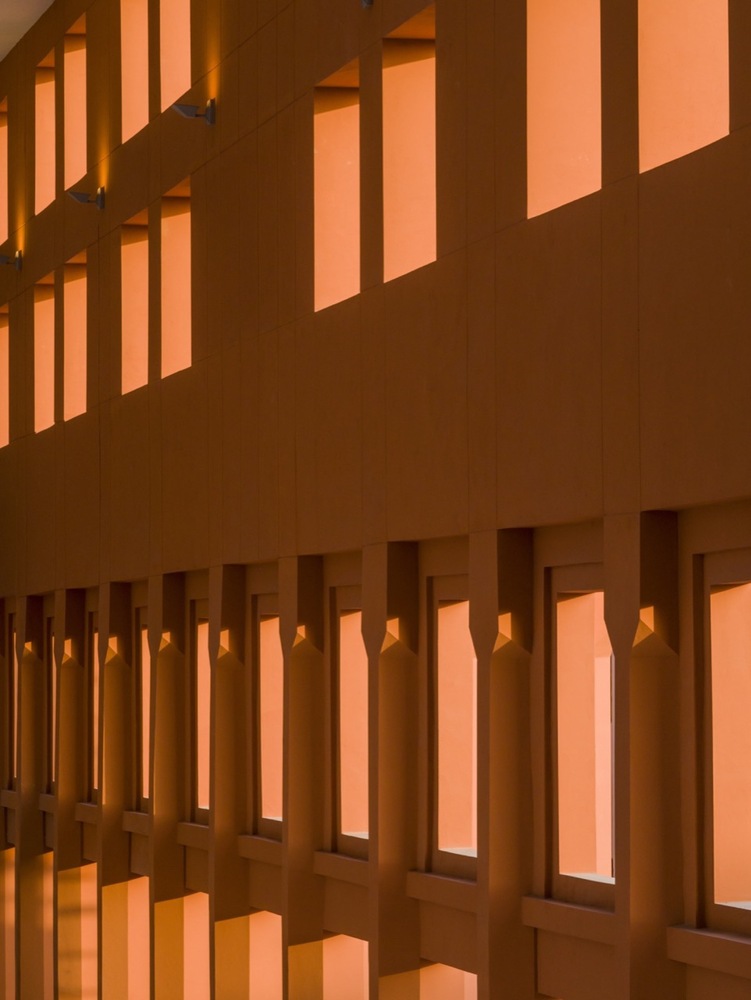 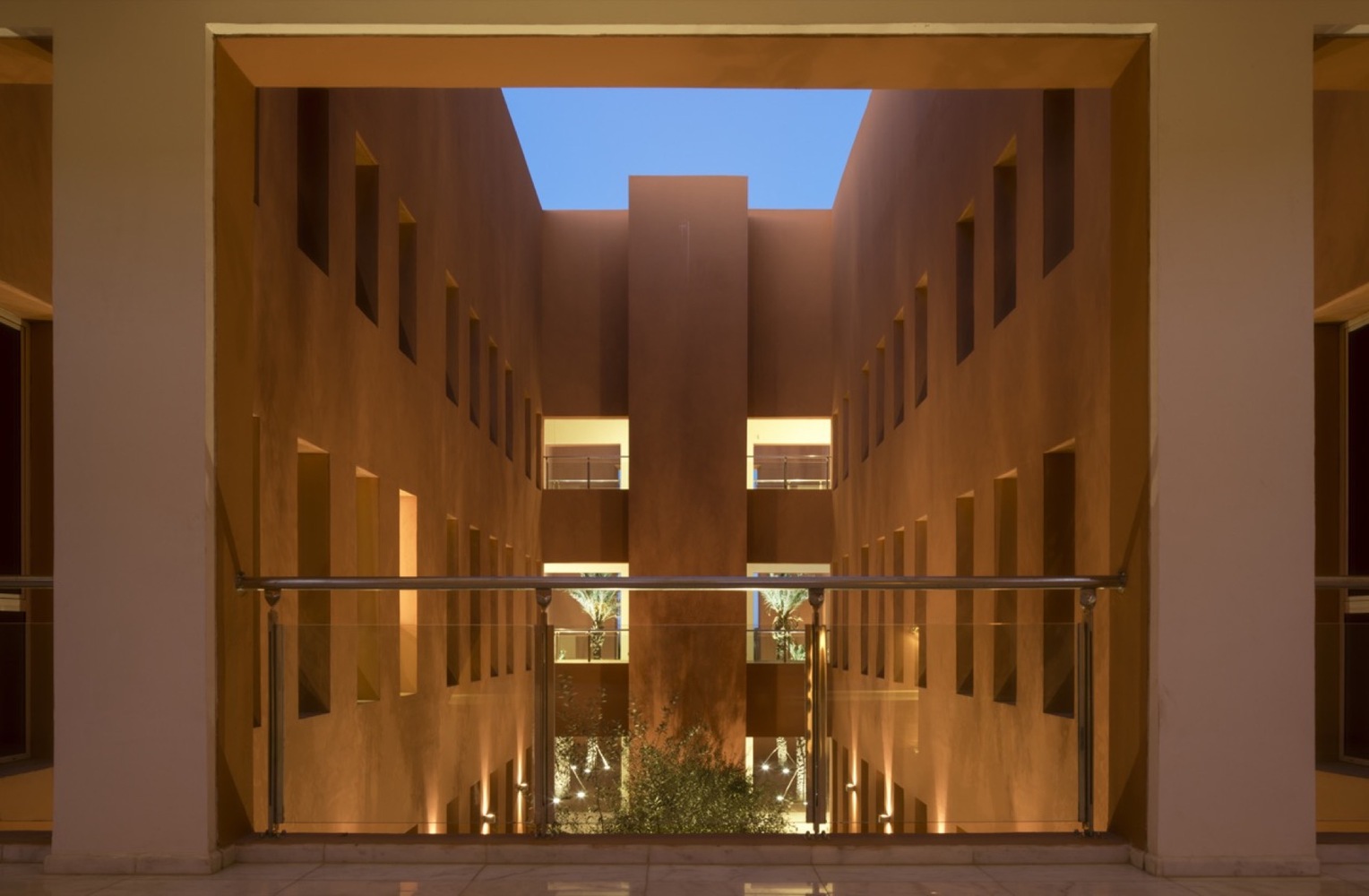 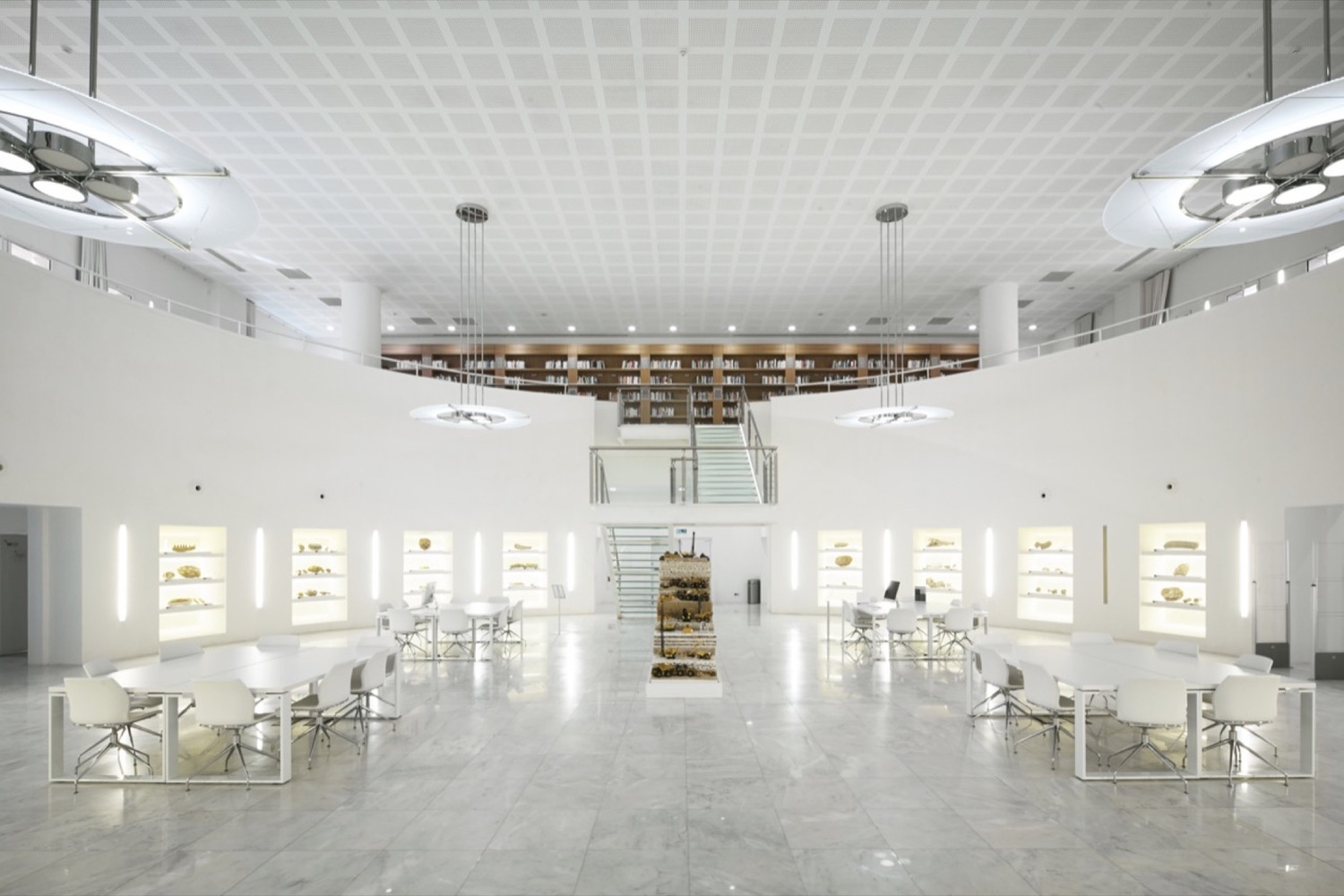 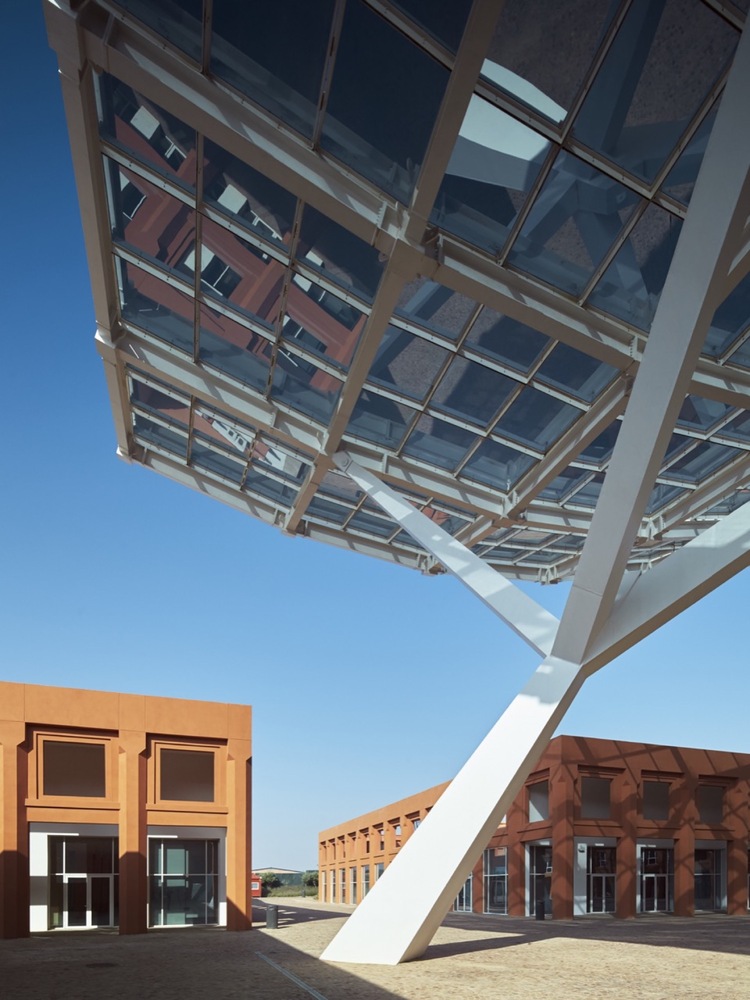 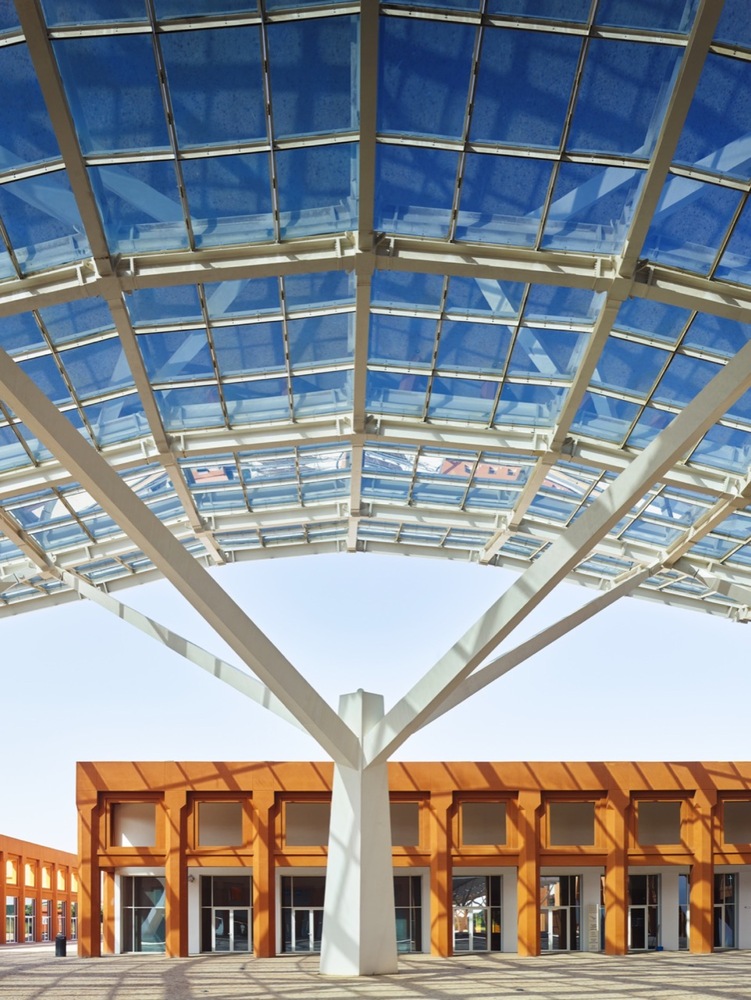 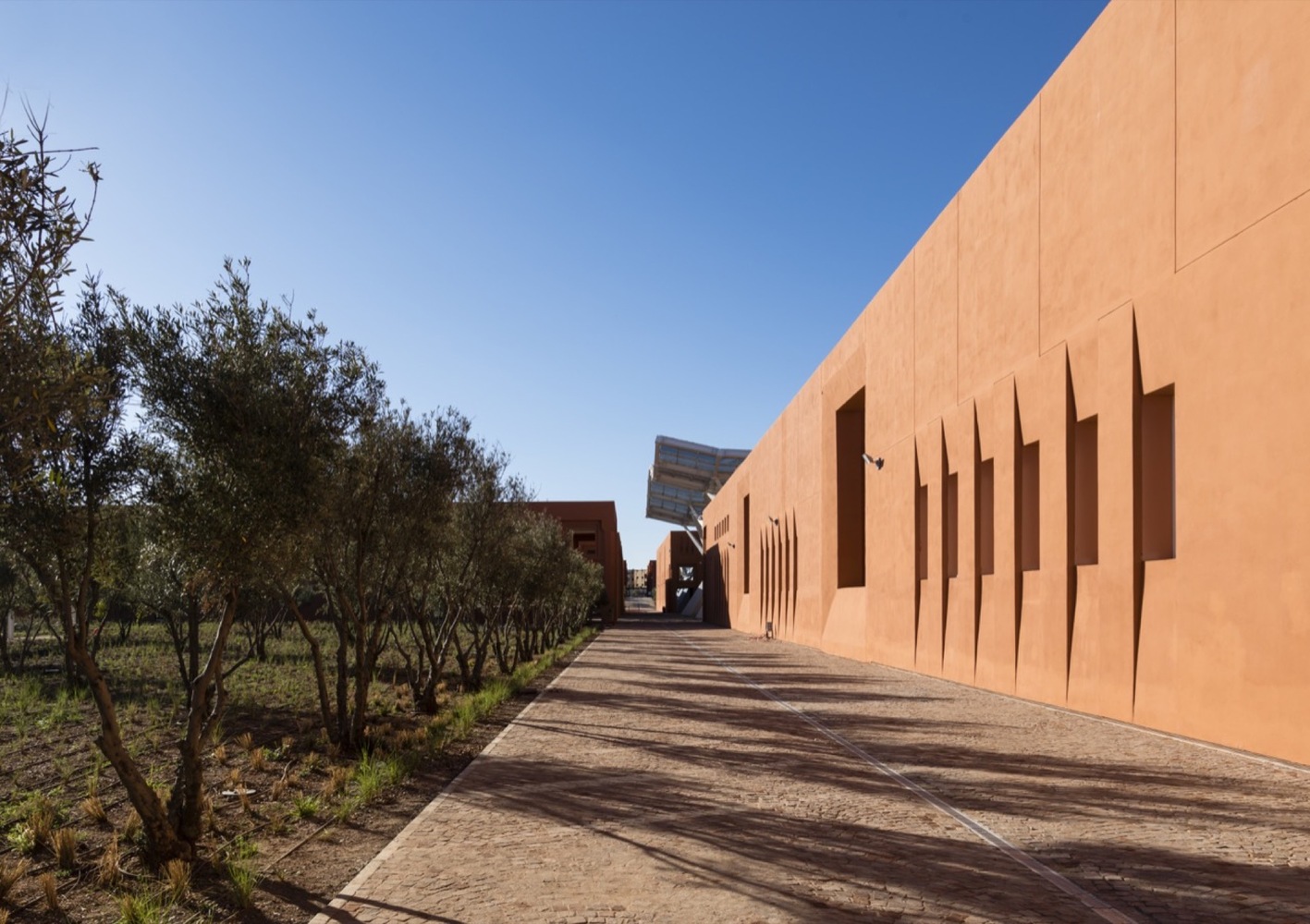 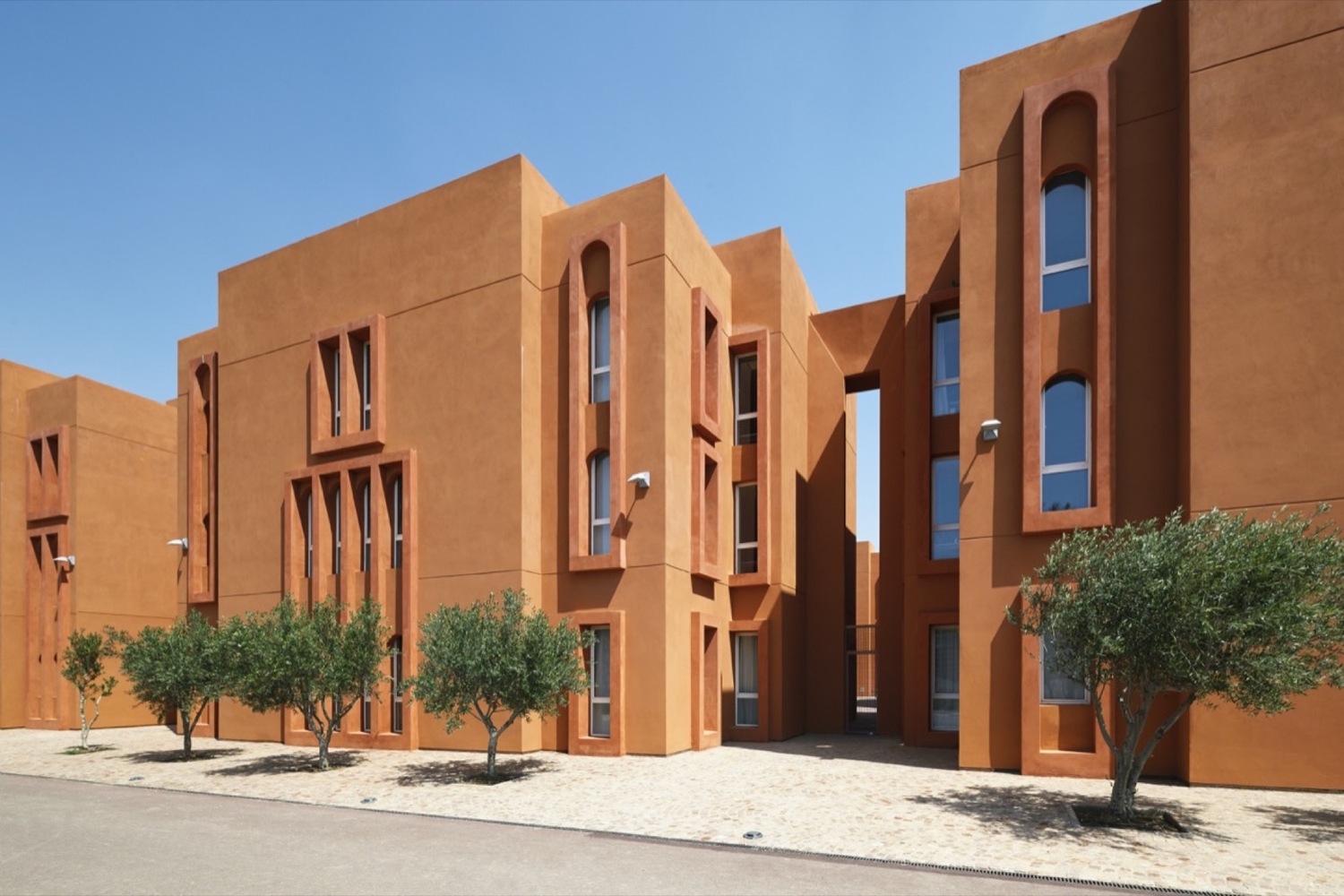 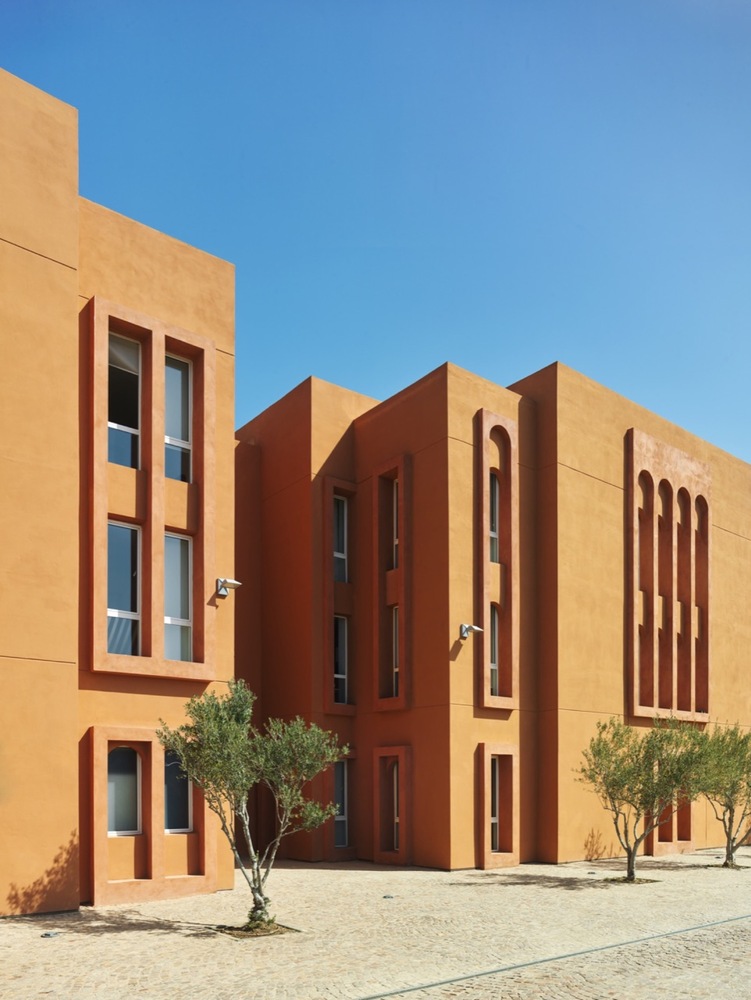 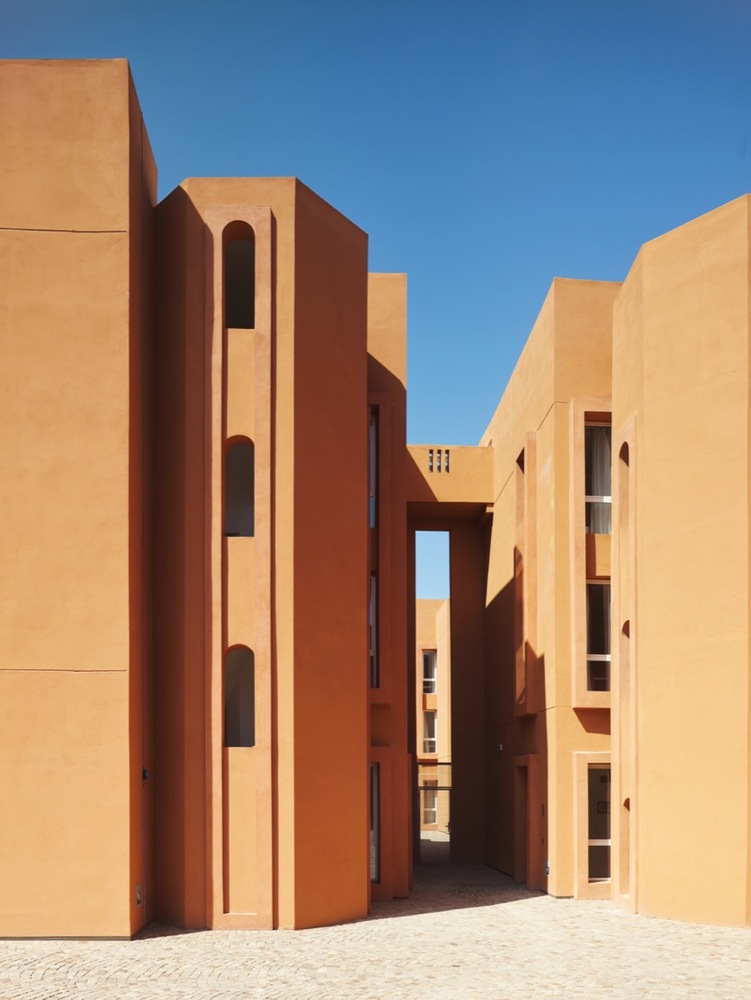 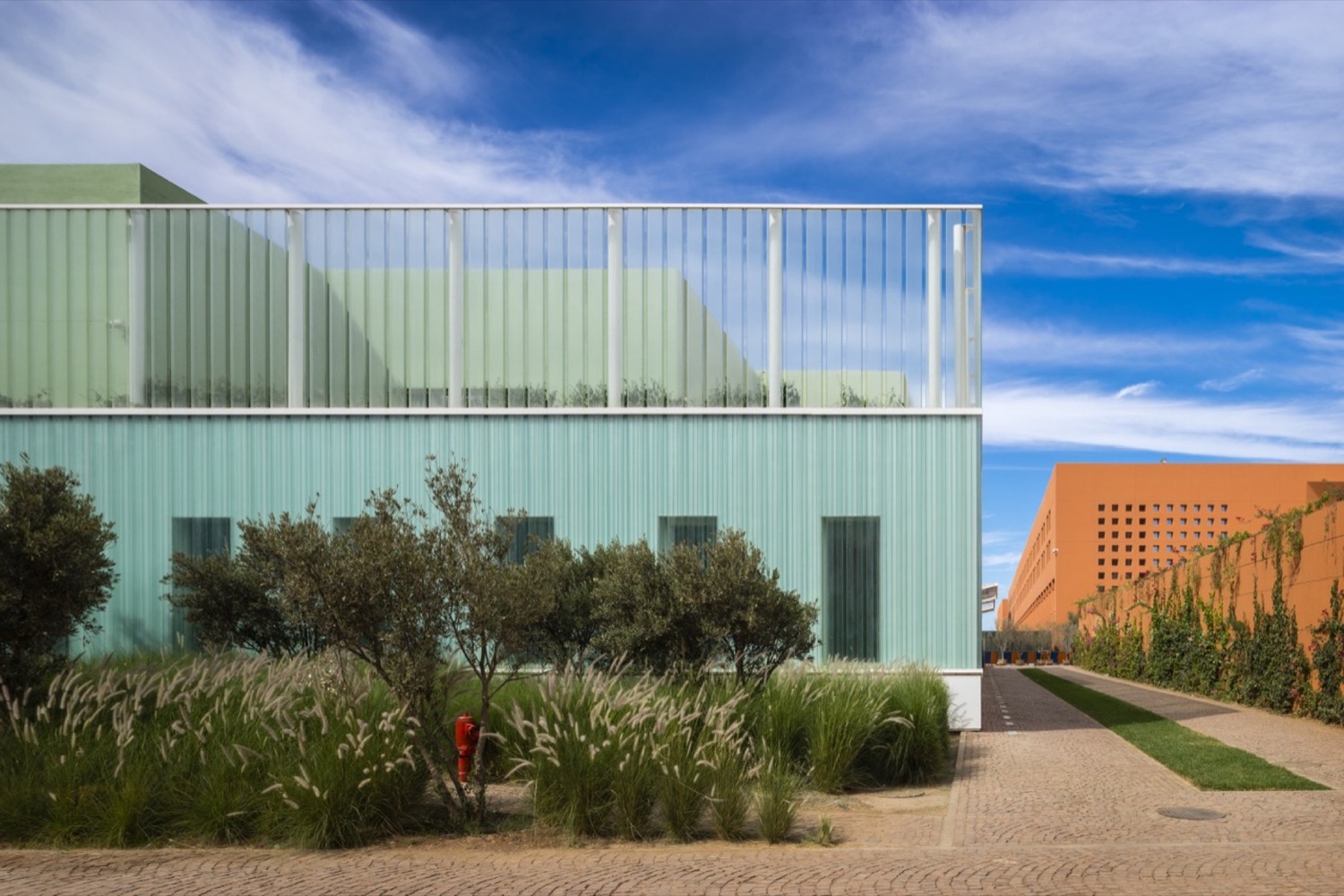 You can view more images of the intriguing project on the Ricardo Bofill official website.

Next
Christmas shopping at 1710 by Blue Mahogany