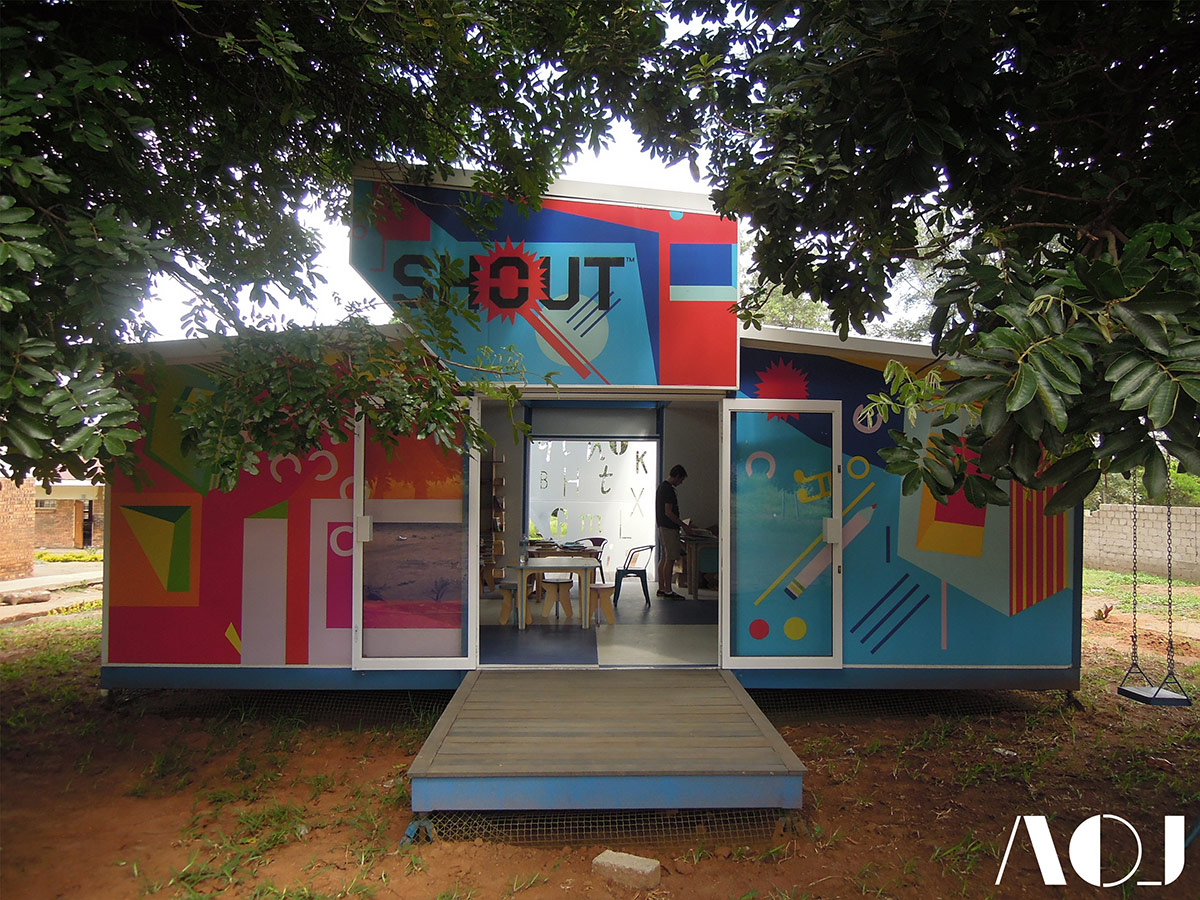 Micro Seed Library in South Africa by Architects of Justice

Back in 2010, this project was part of larger SEED initiative spearheaded by the MAL foundation and supported by several other non profit organisations such as Breadline Africa and the Nelson Mandela day initiative,Shout SA, Talk Radio 702 and Exclusive Books.

Following the successful completion of the first SEED library (constructed from two retired shipping containers) at the MC Weiler Primary School in the Alexandra Township of Johannesburg, AOJ were approached to design an alternative to another existing smaller model of prefabricated library. 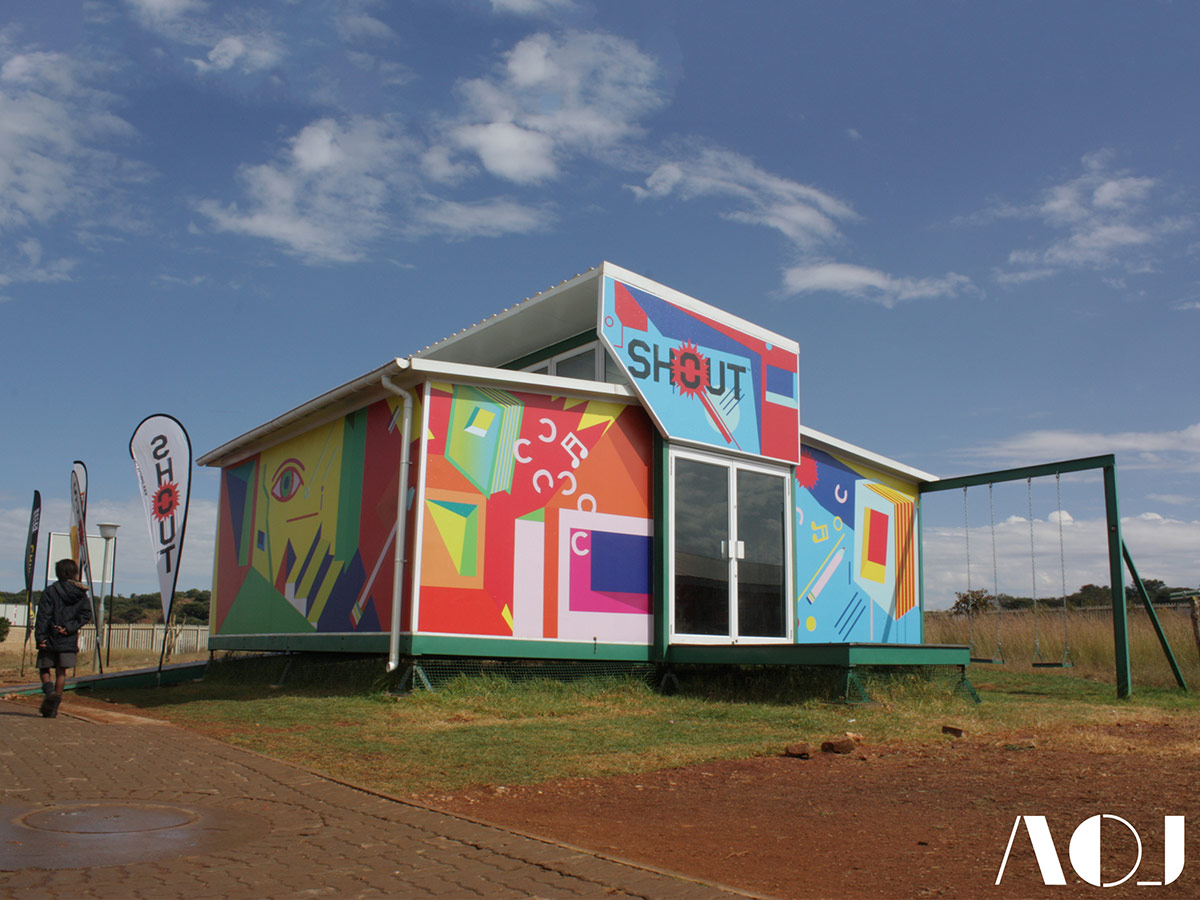 Taking lessons they had learnt from the first SEED library, as well as the other existing models of school container libraries, they identified the following drawbacks to making a library out of a single shipping container: 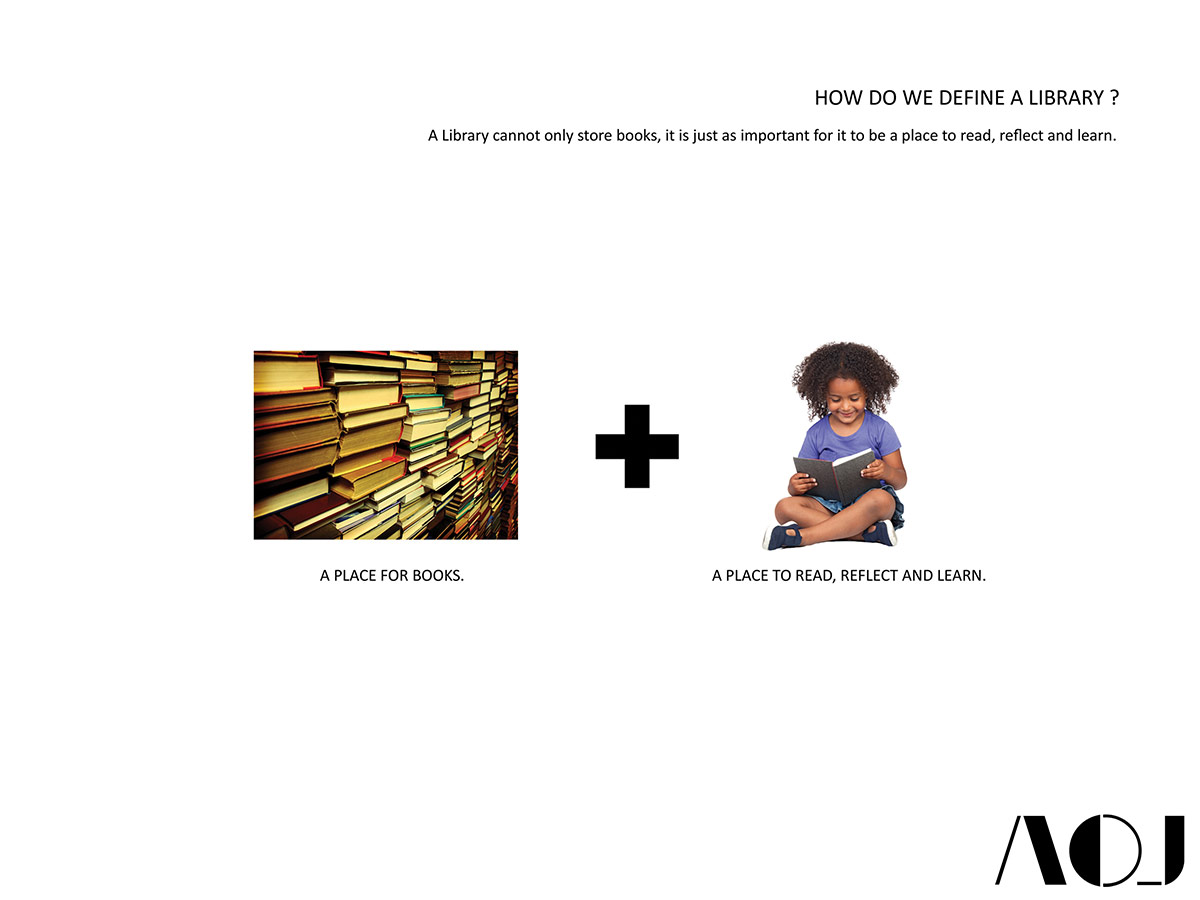 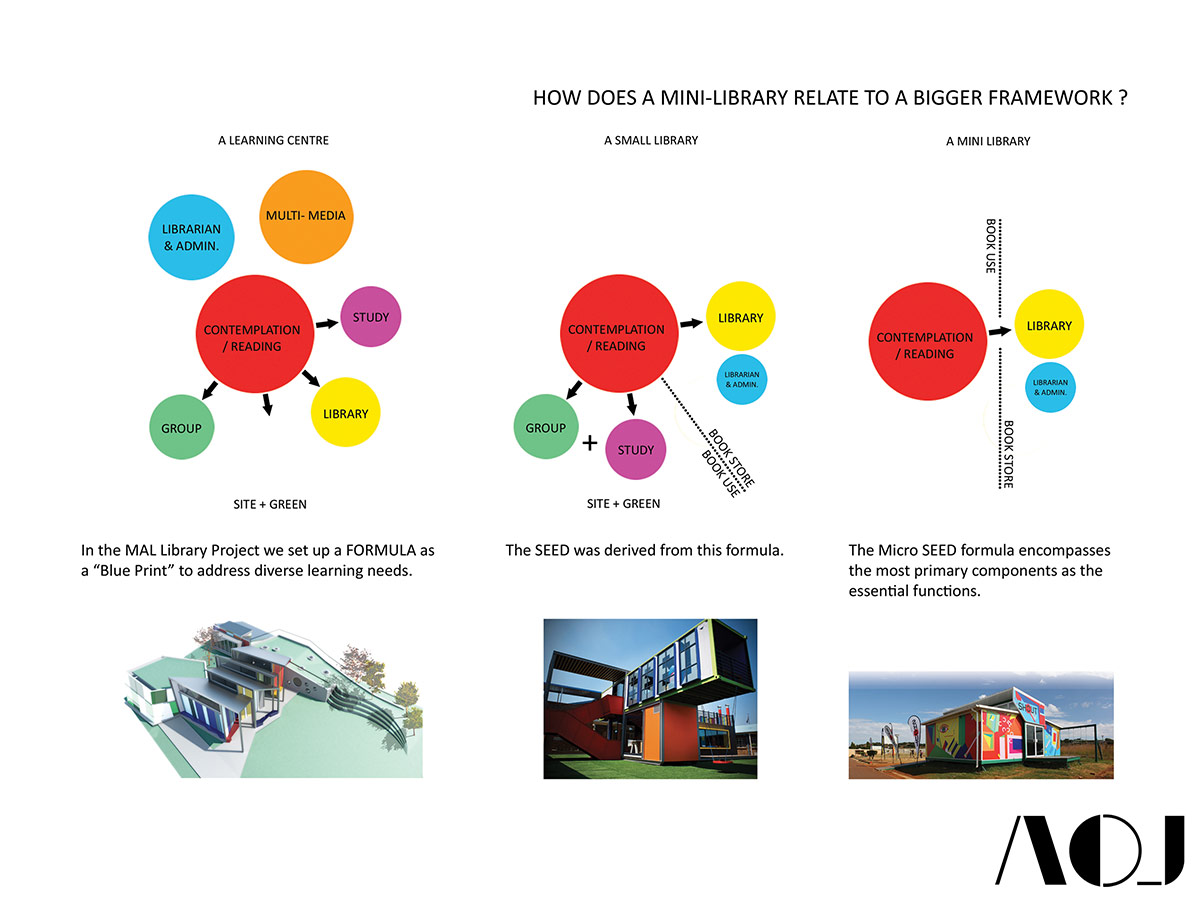 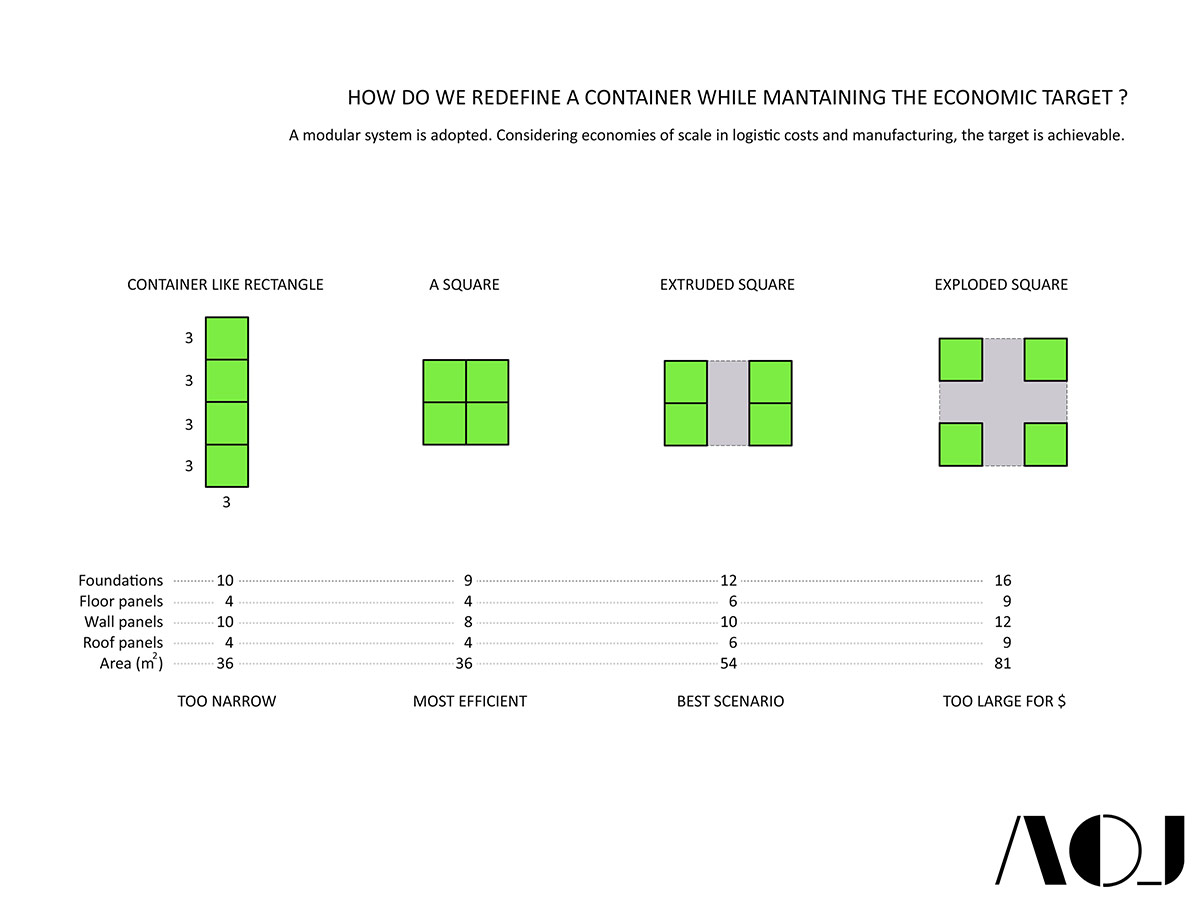 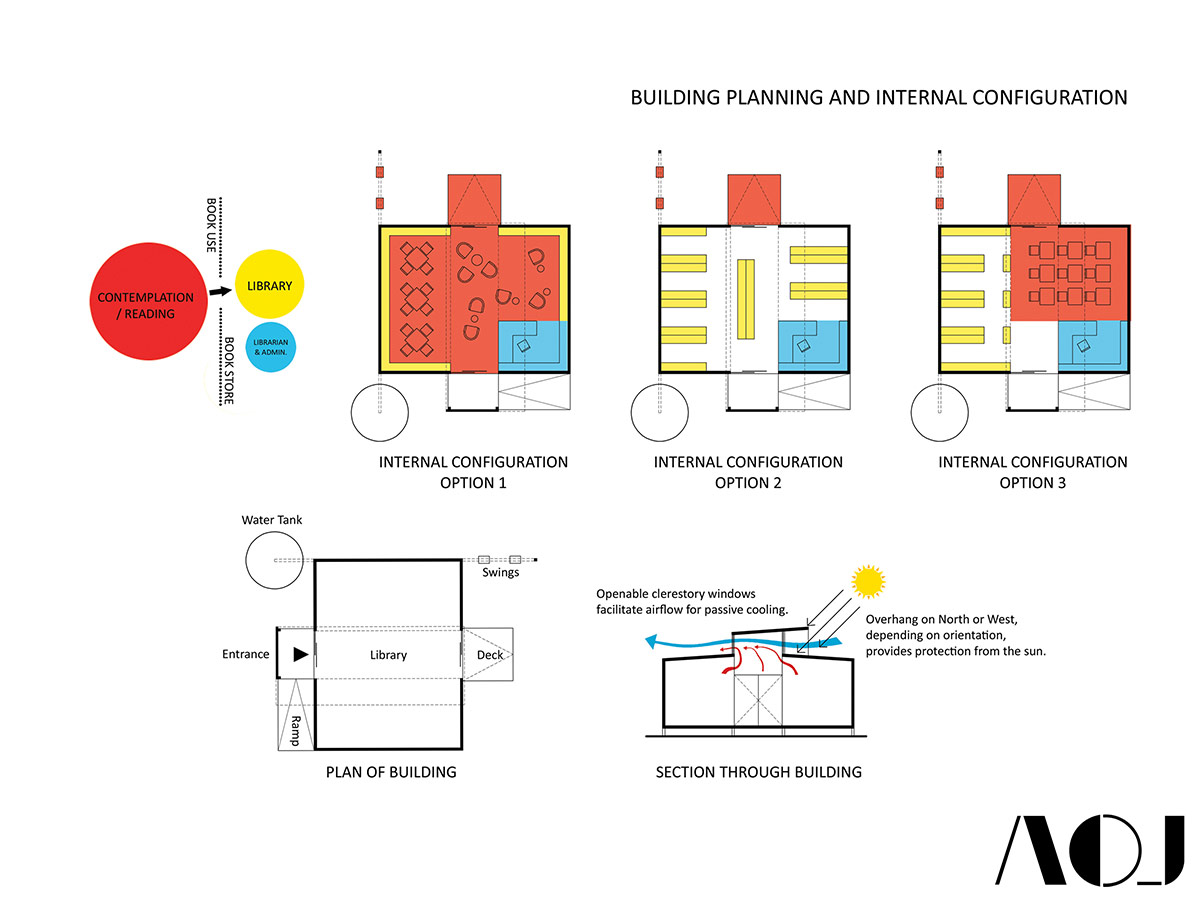 Through a geometric investigation of different building footprints, it soon became apparent that an almost square plan would be more conducive to an efficient space, and ideal in creating a collective space where learners can also be taught effectively. This also proved to be more economical in terms of building cost per usable square meter.

Given this a decision was made to move away from the shipping container as a building material opting instead for a steel frame building with self supporting insulated EPS panels that would all be prefabricated, flat packed onto the back of a single truck, for delivery, and assembled almost anywhere, without any heavy machinery, on site within a week, thereby reducing the hassle of procurement processes, and making for a well suited temporary aid to the enormous lack of educational facilities in the South Africa. 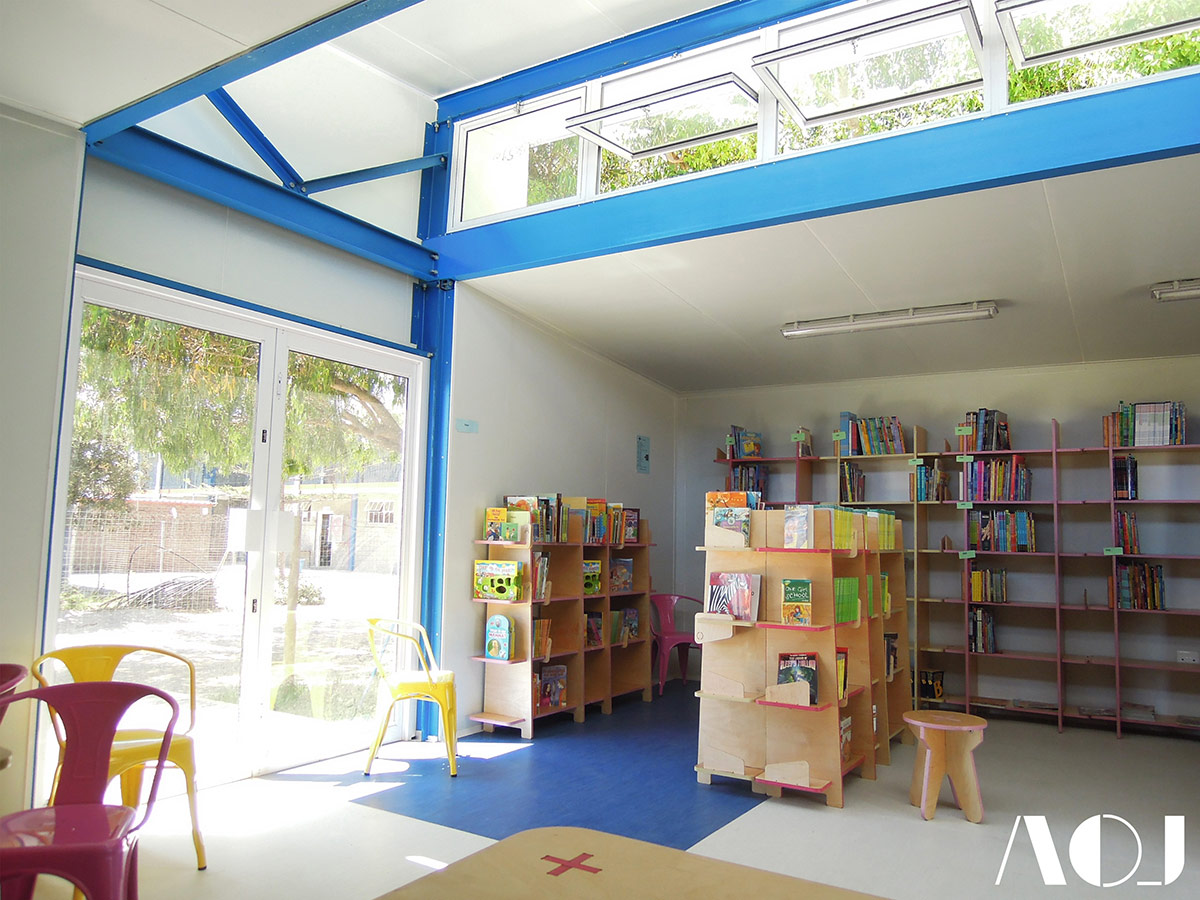 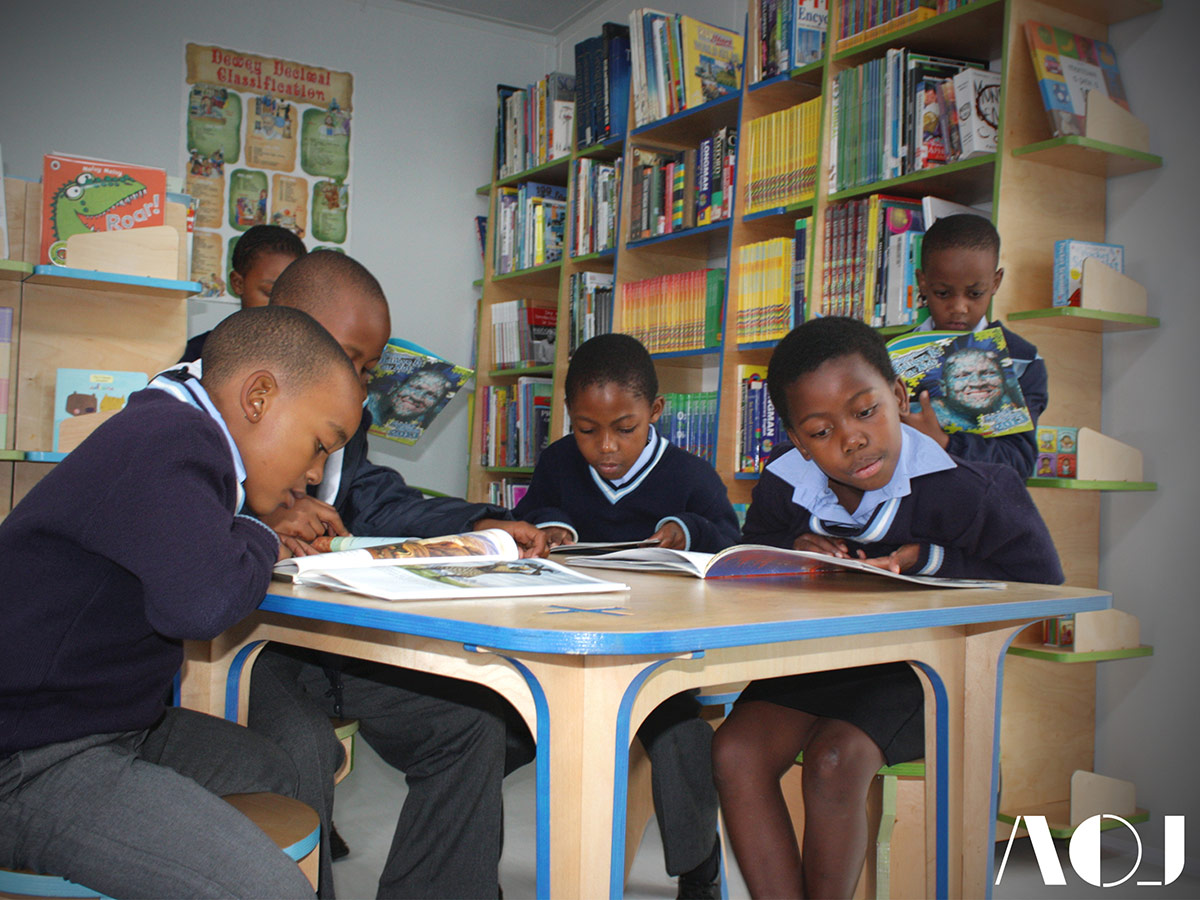 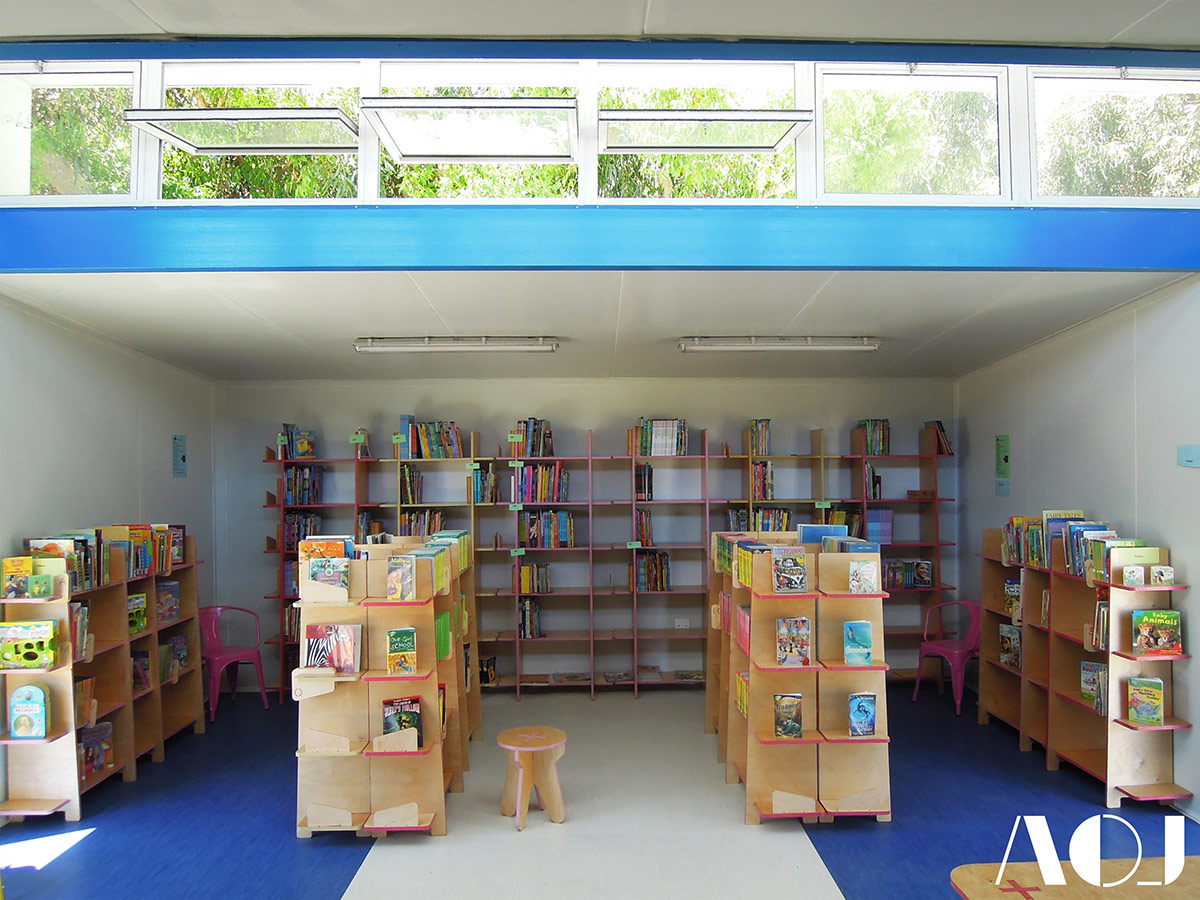 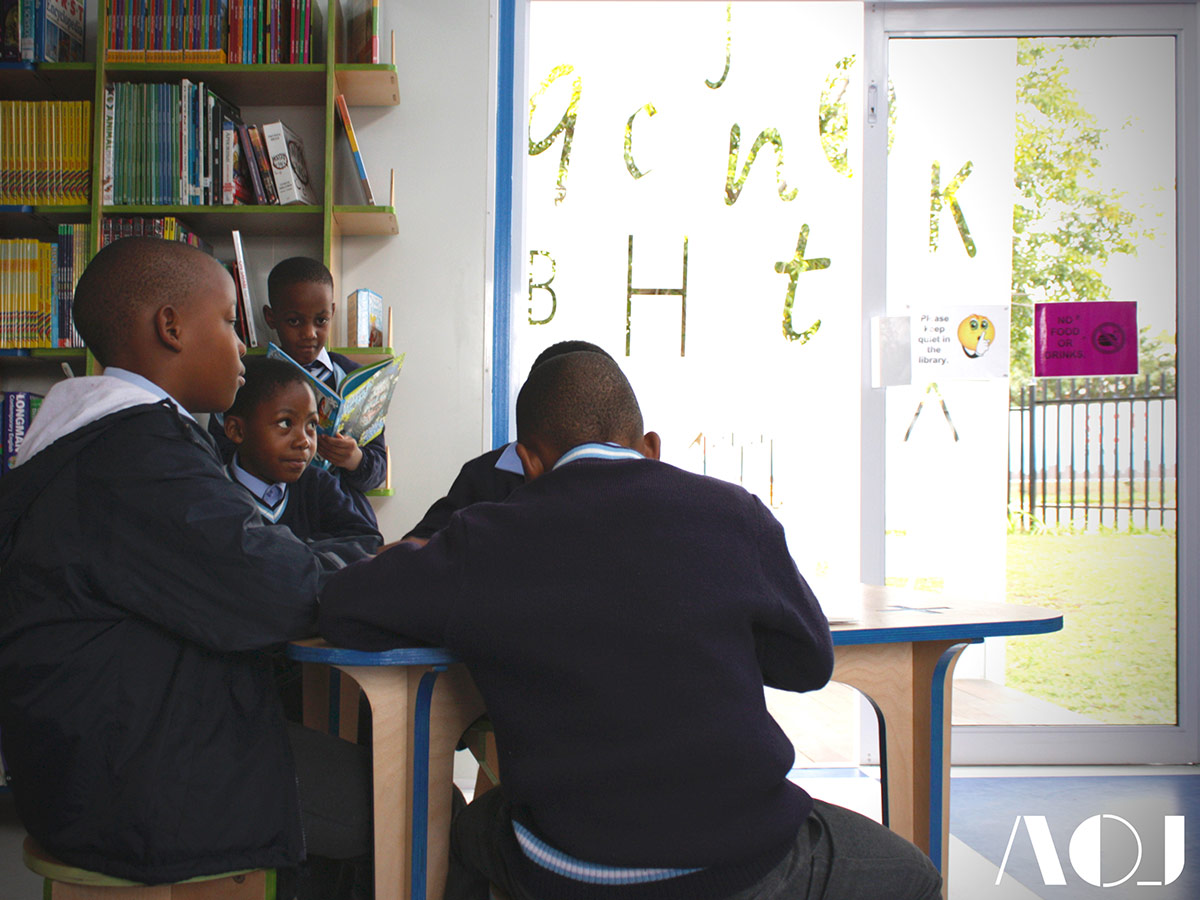 The internal and external faces of the building are effectively a billboard, where graphics relevant to the users’ needs can be applied and re-applied creating the possibility for the structure to generate money through sponsorship and tasteful advertising.

The Micro SEED libraries are an exciting and stimulating prefabricated library alternative to the currently dull grey school libraries being made from single shipping containers and rolled out in many South African schools. 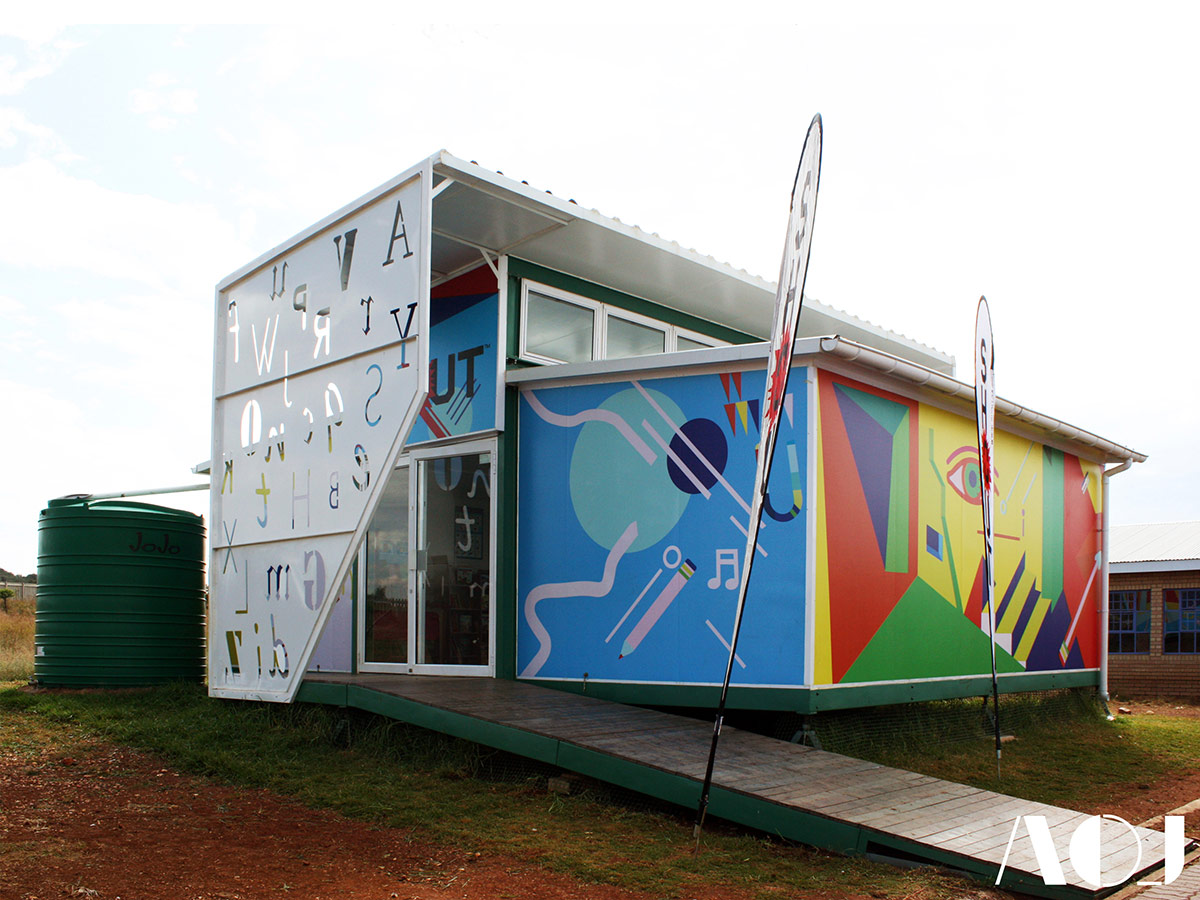 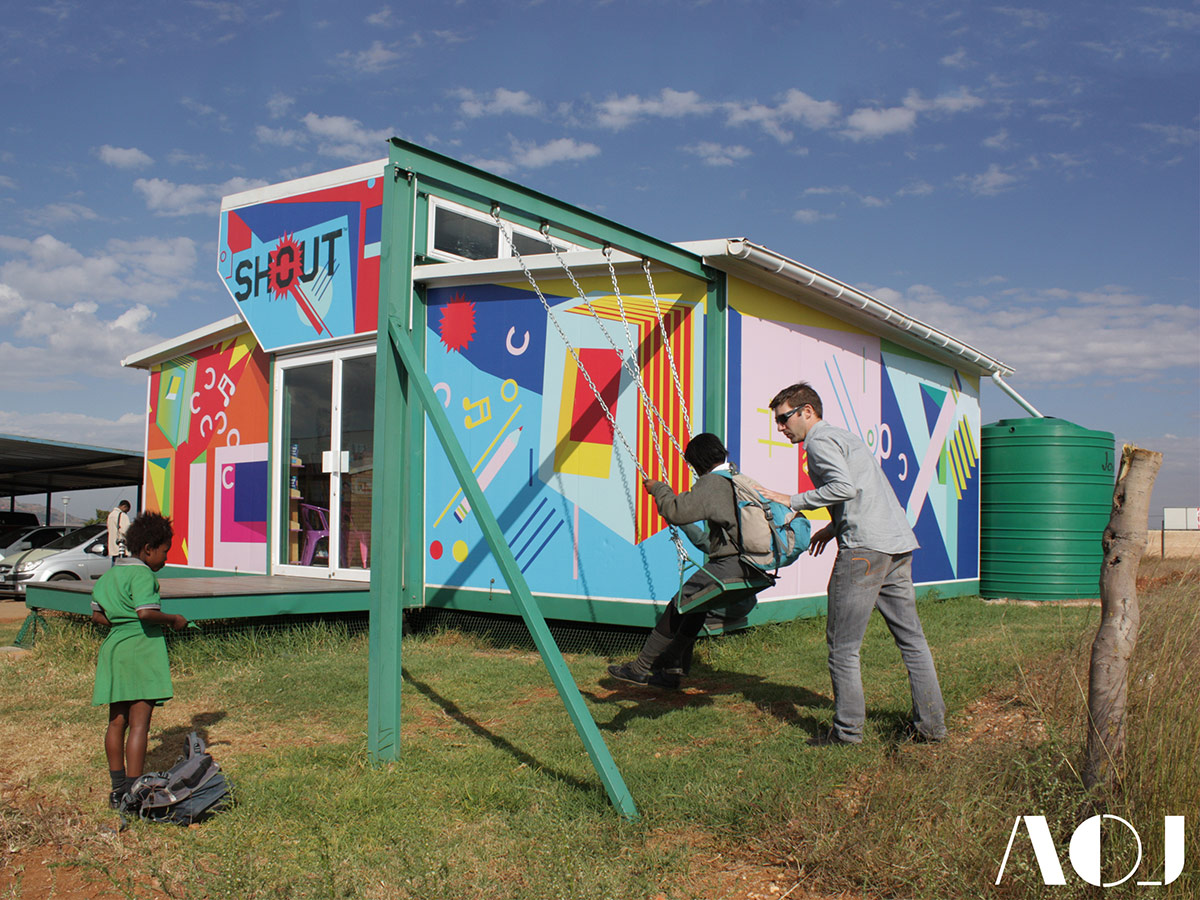 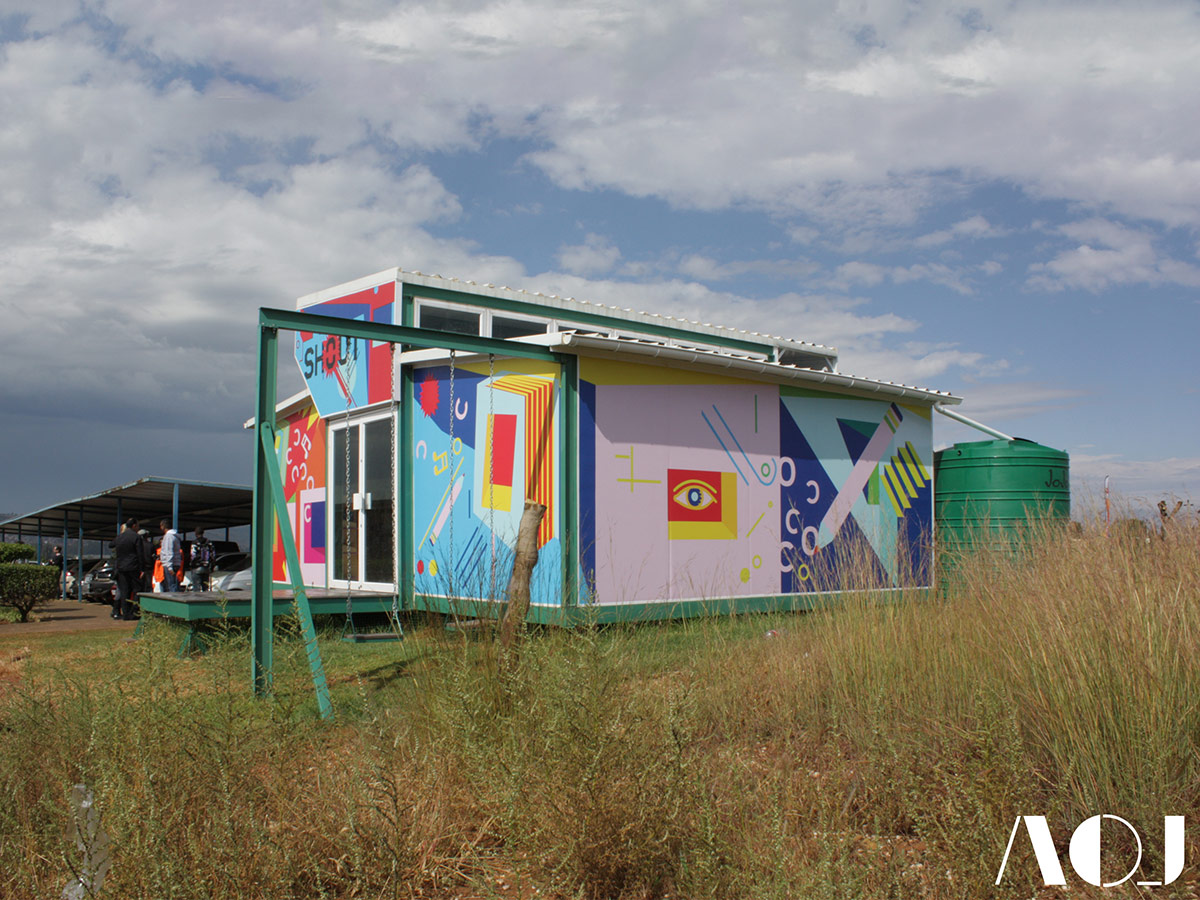