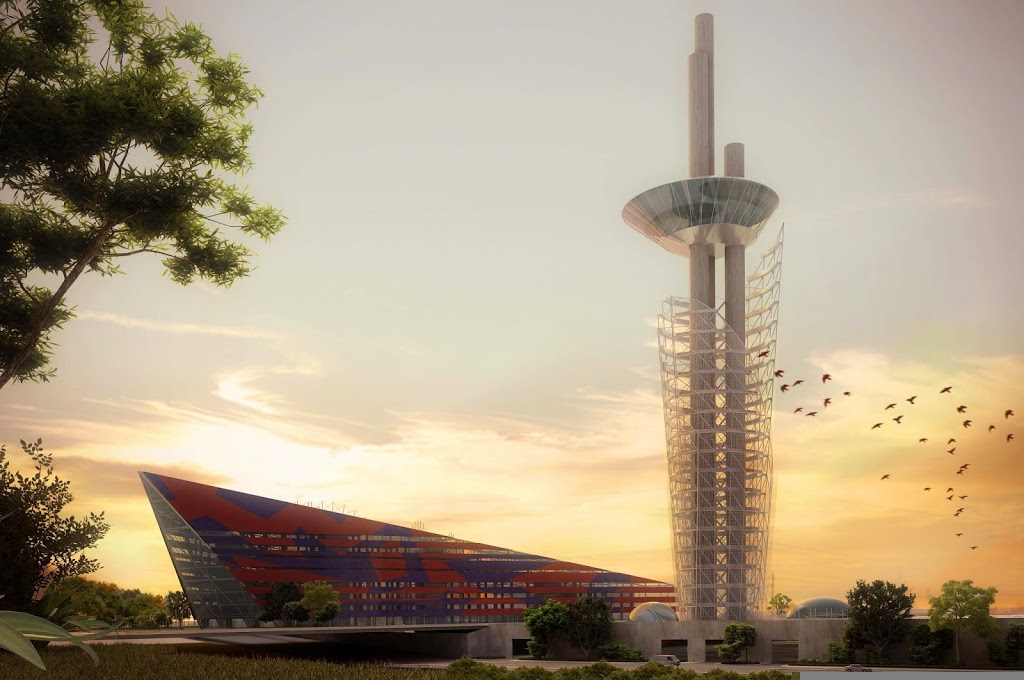 Kissing the sky: The Millennium Tower and Cultural Centre of the Nigeria National Complex in Abuja by Studio Nicoletti Associati

It cannot be argued that across Nigeria, urban city skylines are fast changing, and as the capital of this great nation, Abuja has decided not to be denied. The North Central city will be the site of the Nigeria National Complex.

Designed by Studio Nicoletti Associati, ( Led by the great Manfreddi Nicoletti, the man credited with coining the term “Urban Ecosystem”), The Complex will be home to the Nigeria Cultural center and the National Square where the Municipal Building and the Millennium Tower will be located. As the flag ship structure, the Millennium Tower which is expected to be to the tallest building in Nigeria, stands at 170m, symbolising the unity and strength of the Nigerian State.

Its made up of 3 concrete pillars rising to varying heights but connected close to the summit of the first of the pillars. There, at about 110m off the ground, we find a 2 storey, disc shaped, revolving panoramic observation platform and restaurant for visitors to dine and enjoy breathtaking views of the city below. The 3 pillars are also ‘wrapped’ in transparent stainless steel wings at there base, which gradually open outwards in a fan-like manner as they rise, bearing on them a luminous ‘coat of arms’. The tower, which rises above an underground car park for 1100 cars, is intended to dominate the skyline of Abuja with powerful laser spotlights shooting rays that can be seen more than 50km from the city centre. 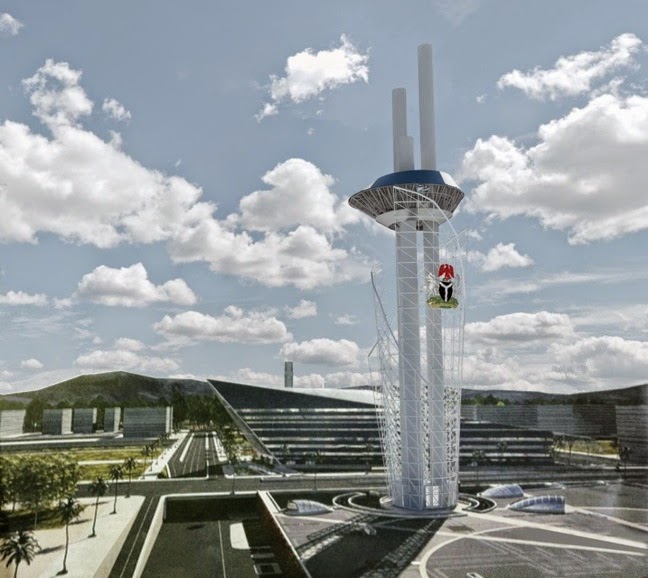 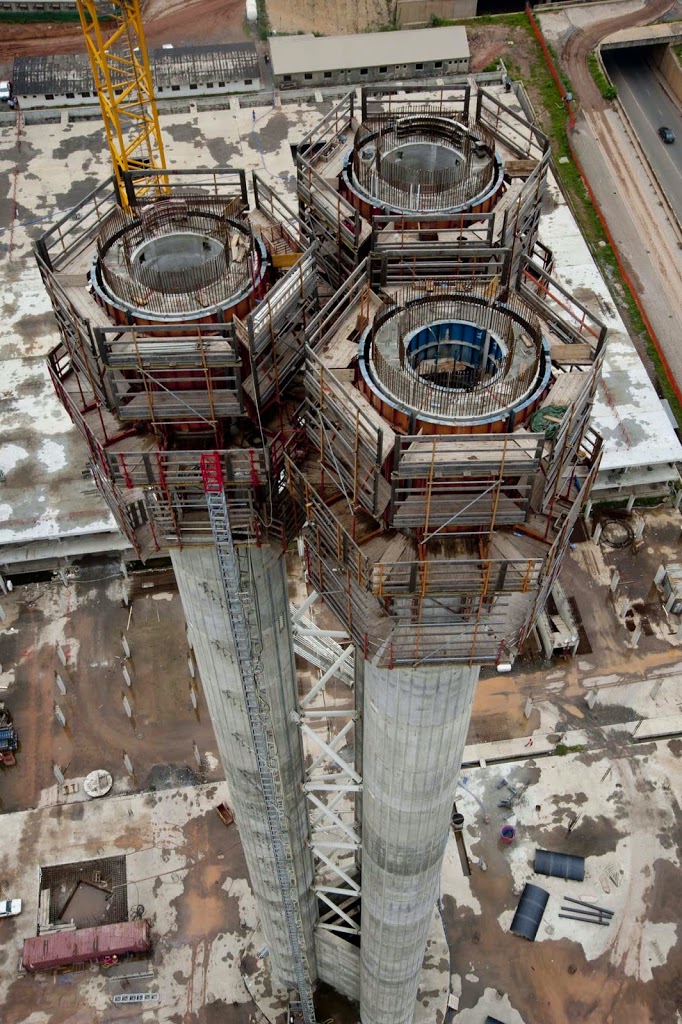 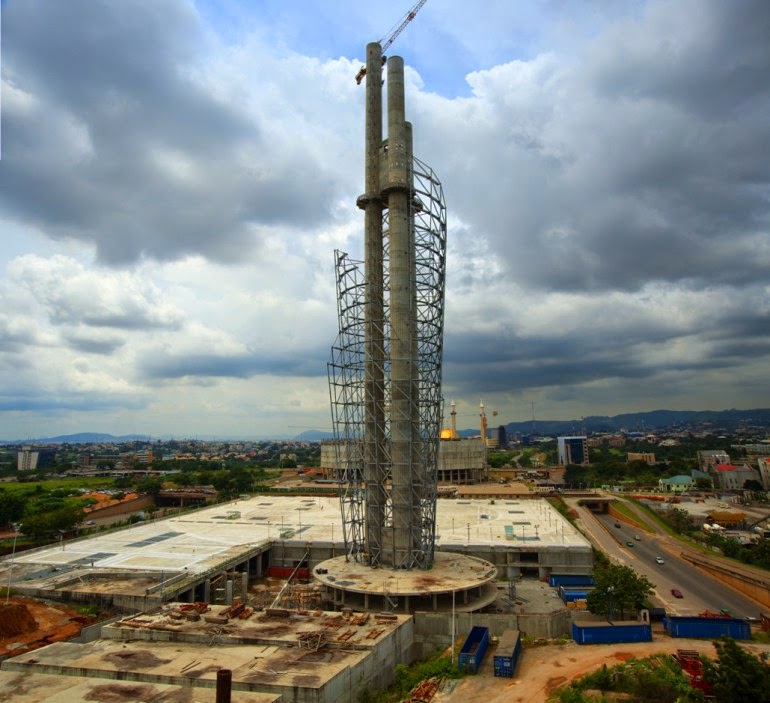 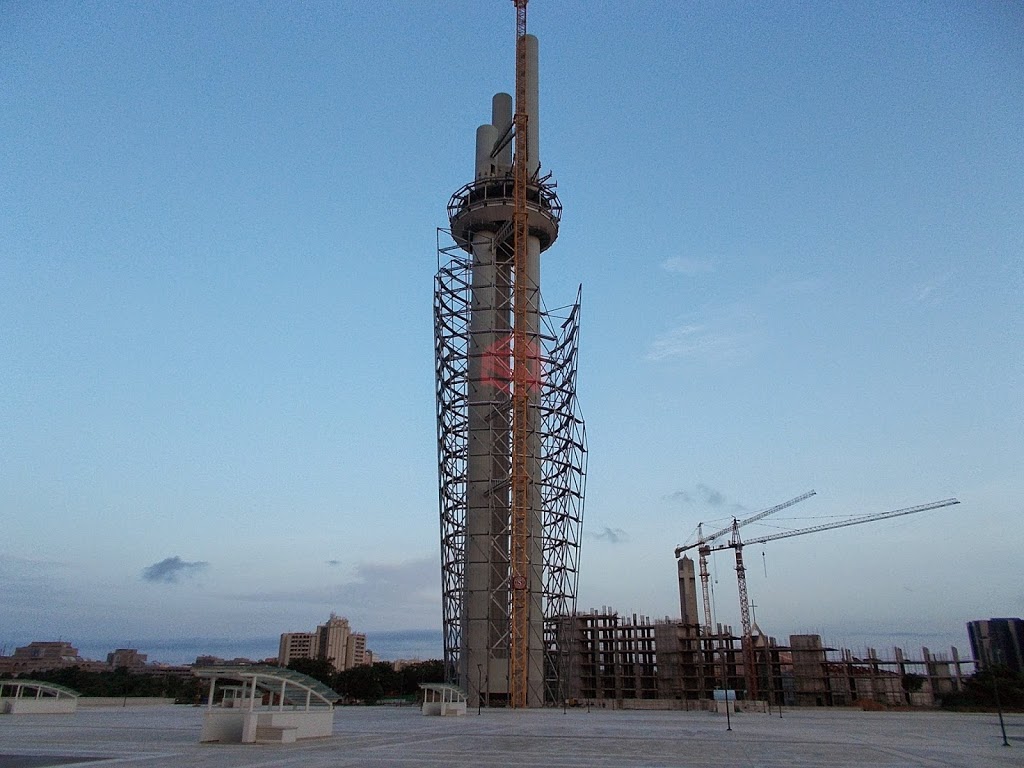 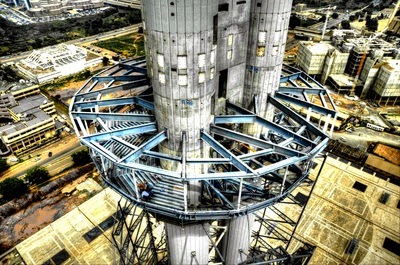 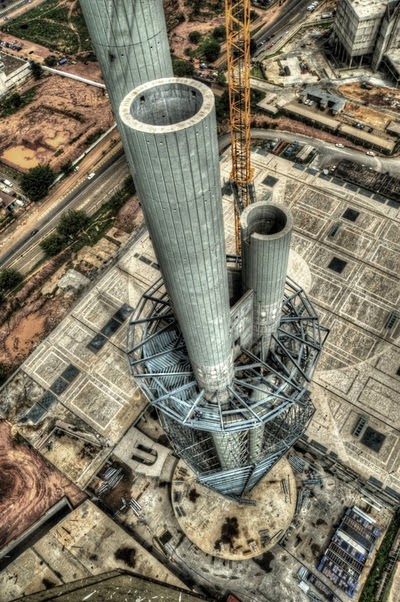 The cultural center component is also very bold and dynamic. It stands as an eight storey pyramidal structure, linked to the Tower by an underground commercial arcade. This was necessary because of the high traffic arterial road that cuts through the complex site.

Conceived as a City within a City, The Cultural Center will include the Museum of Milenary Nigerian Art, a Hotel, a 1200 seat auditorium, all designed to be several different buildings underneath a protective envelope of steel and Glass. The concept is said to have been derived from the “Afin Enclave”, the walled center of old towns like Oyo and Ile-Ife, which were holy and political landmarks believed to be “inhabited by the gods”.
“Old ceramics and textiles” have also been cited as the design inspiration for the patterns found on the external triangular walls of the building. Its large roof also makes the whole “city within a city” idea possible as it eliminates the need for internal columns and supports within the buildings central space. With equally large expanses of glass being exposed to our tropical sun, special panes of glass as well as double glazing were employed along side sun shading elements to control resultant heat gain. 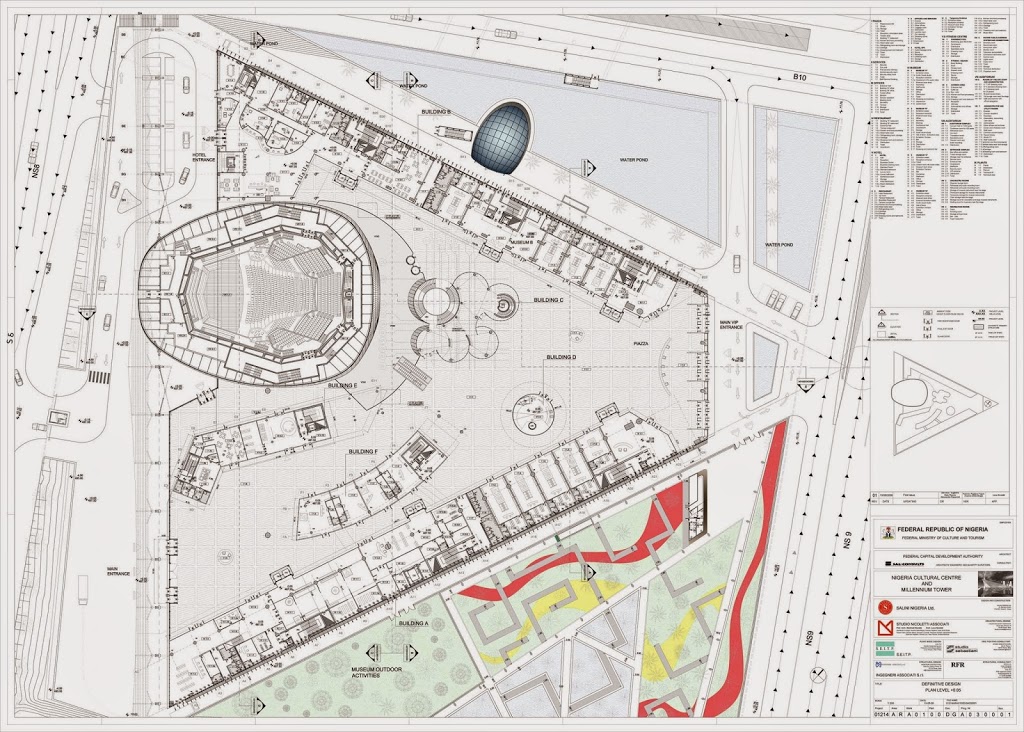 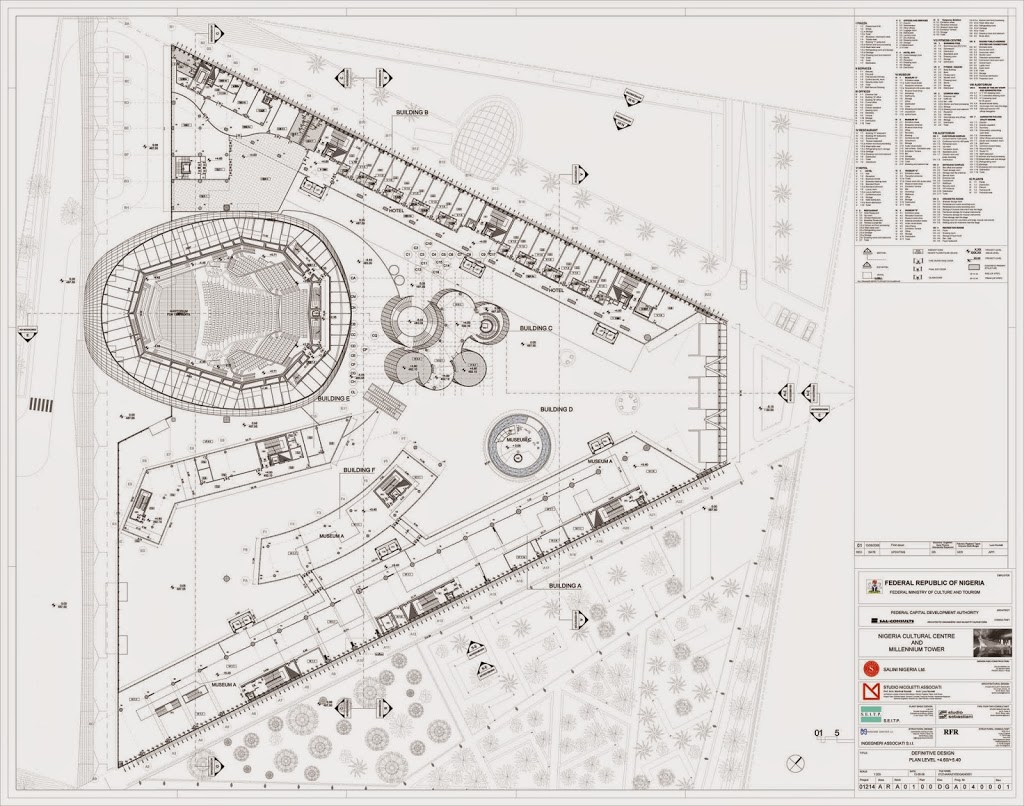 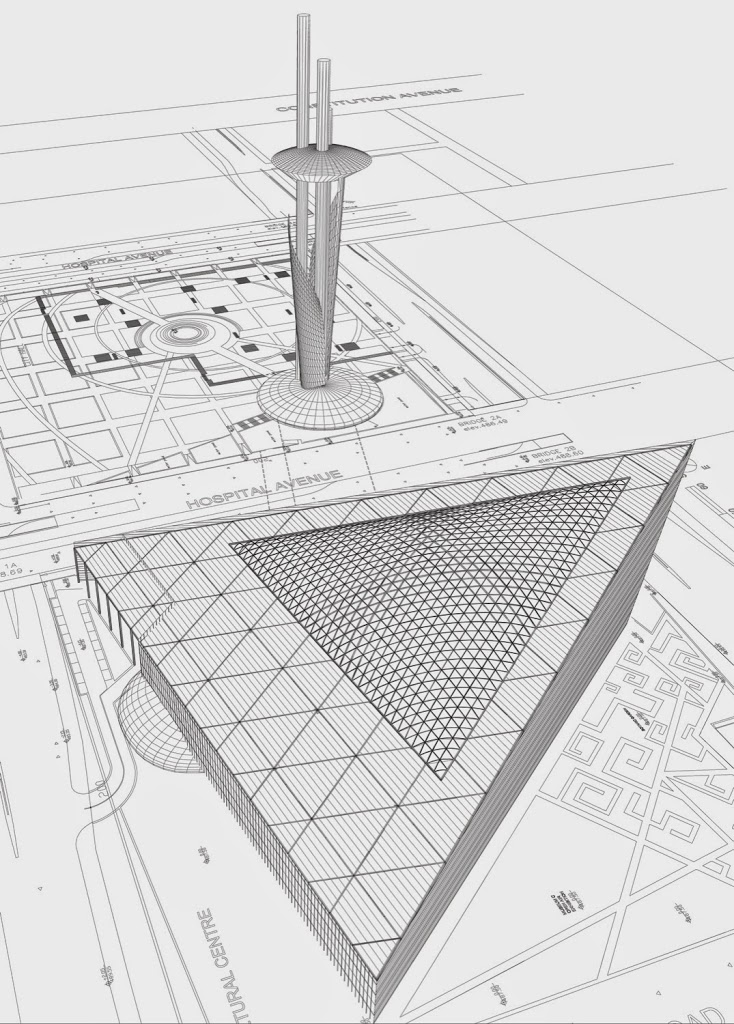 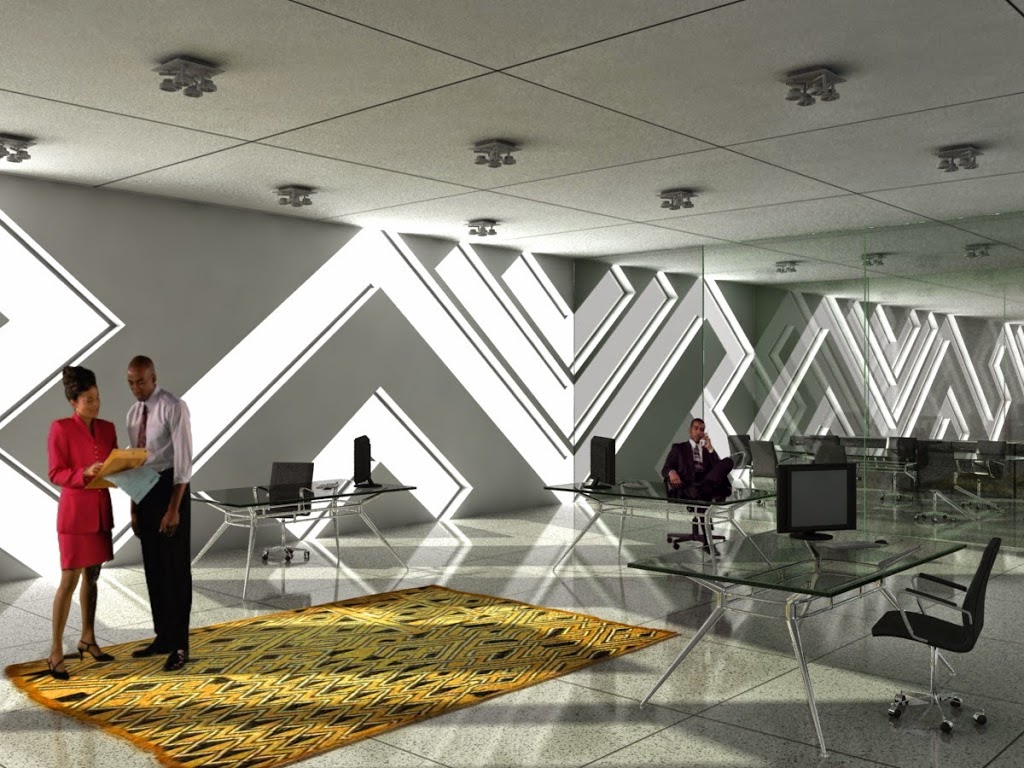 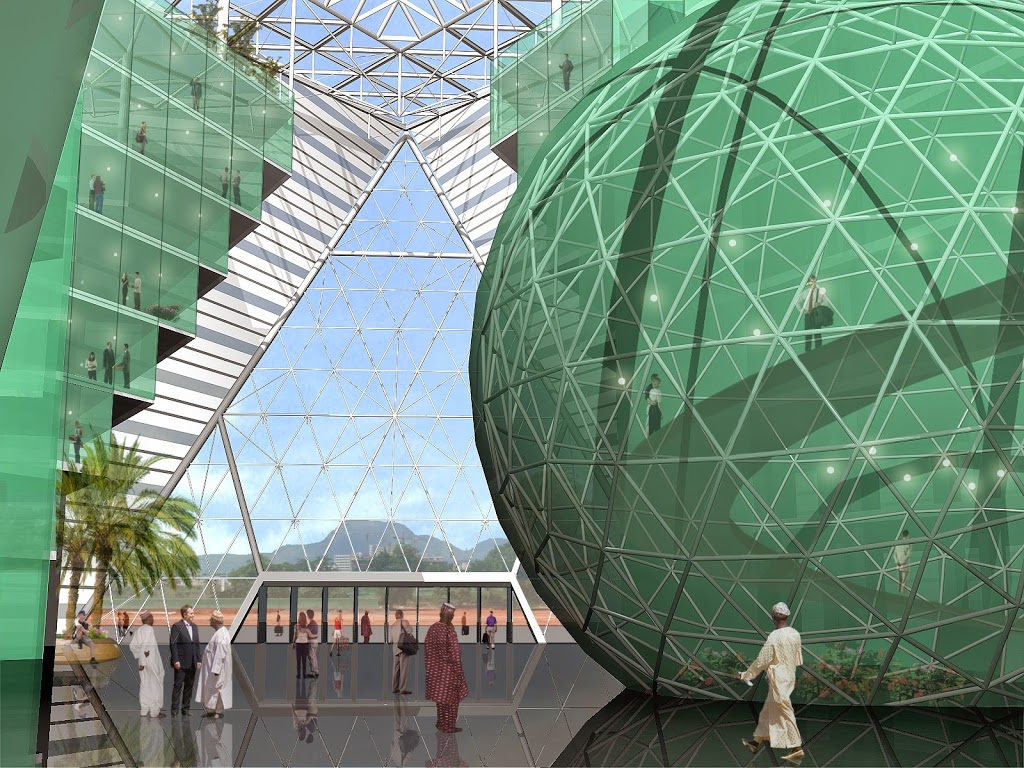 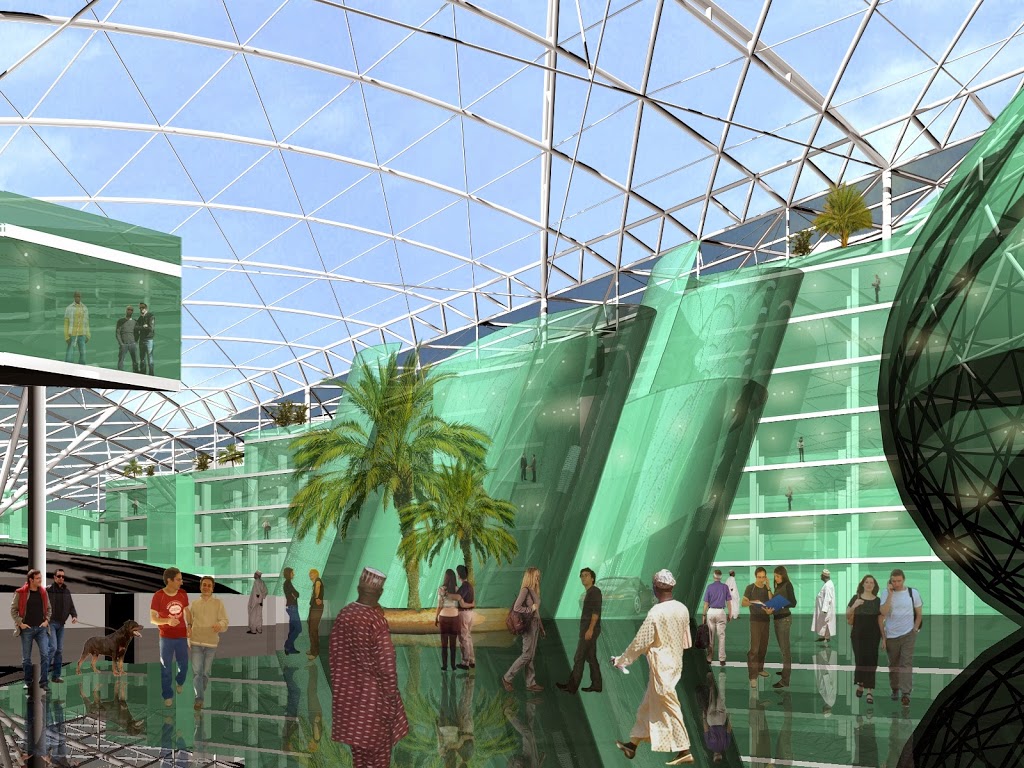 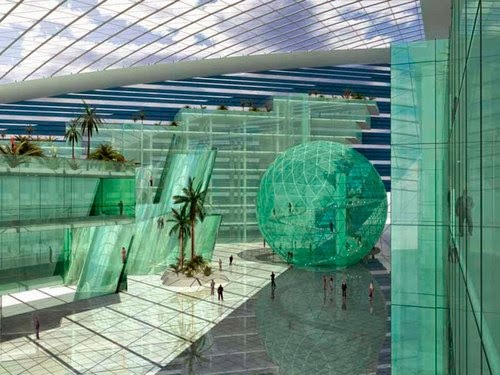 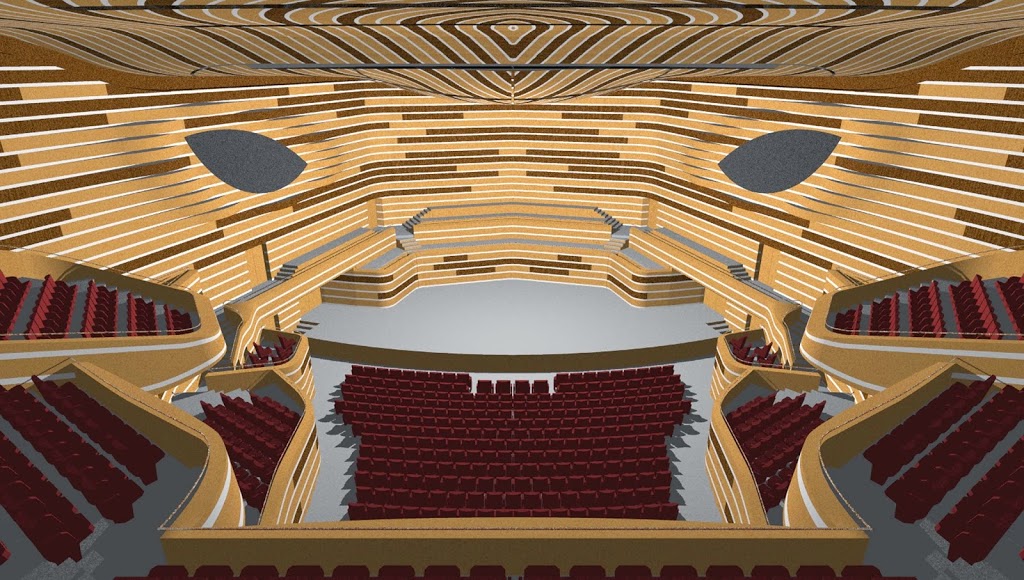 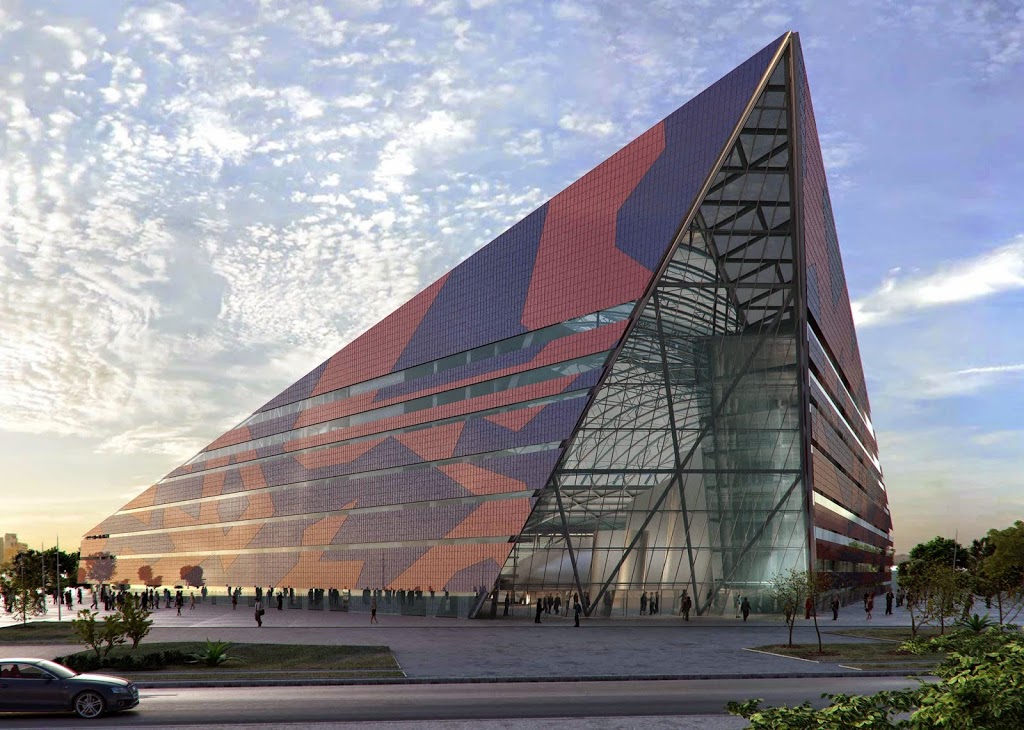 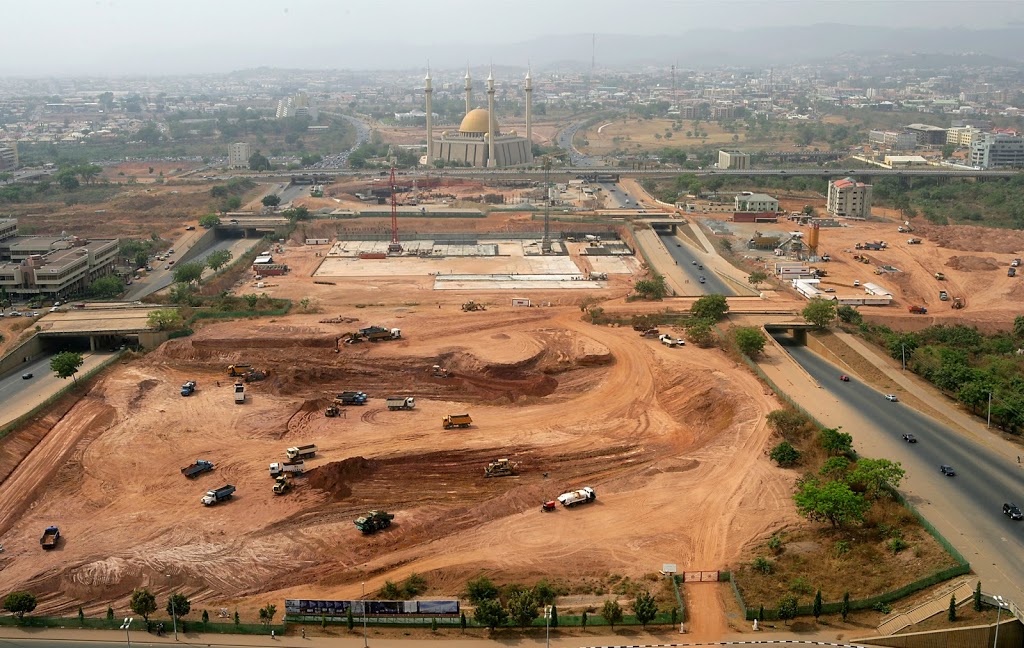 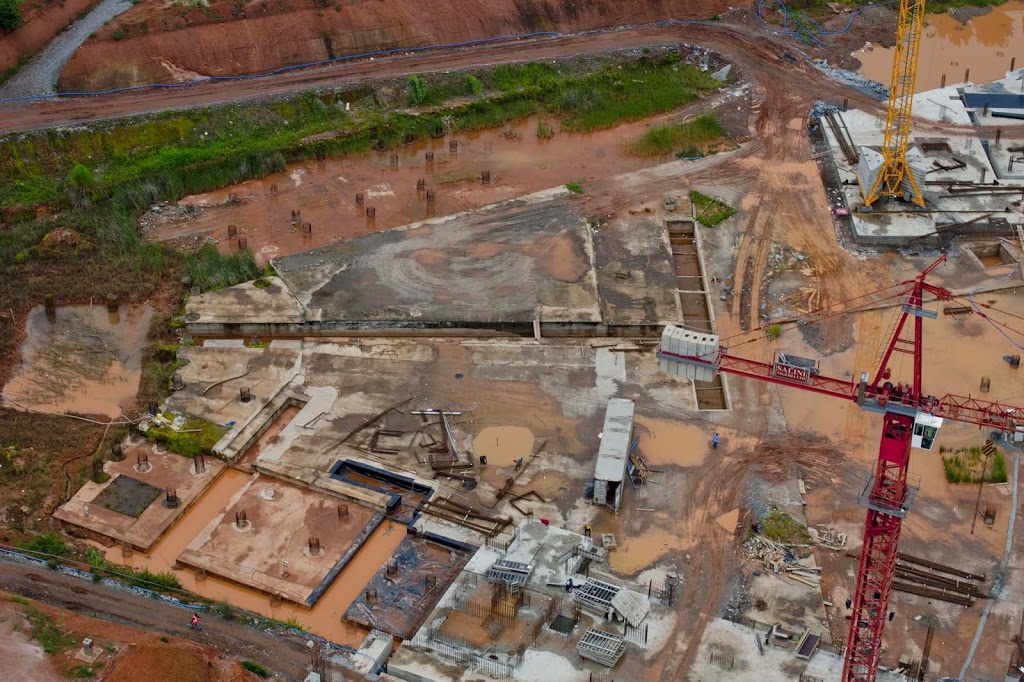 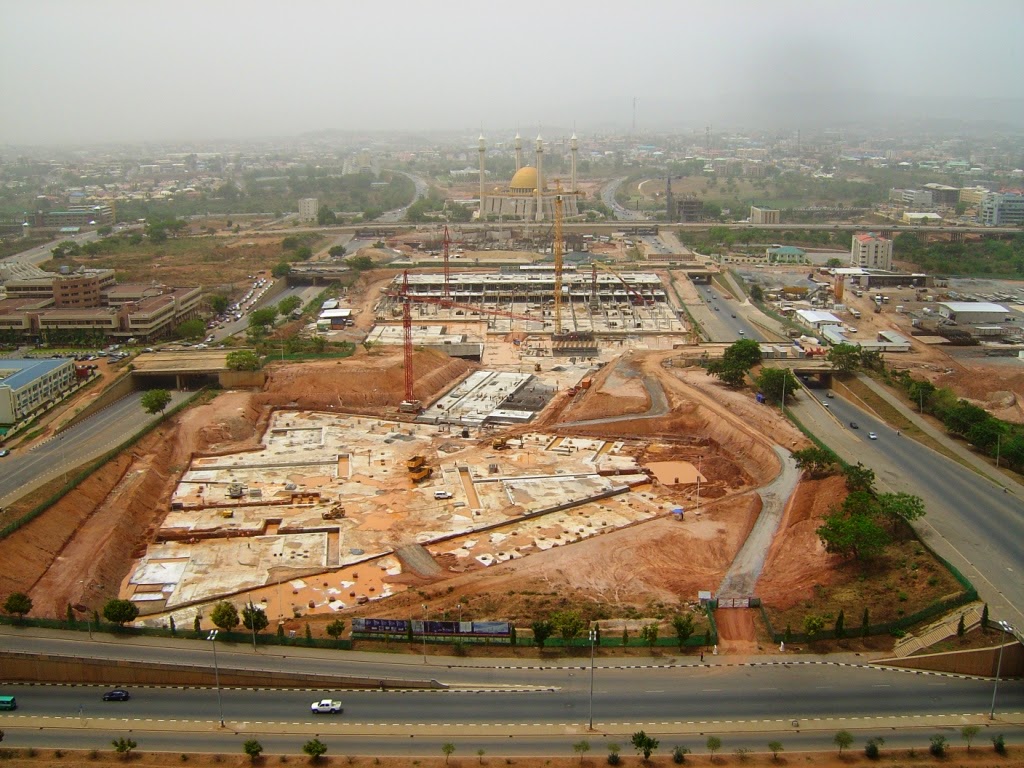 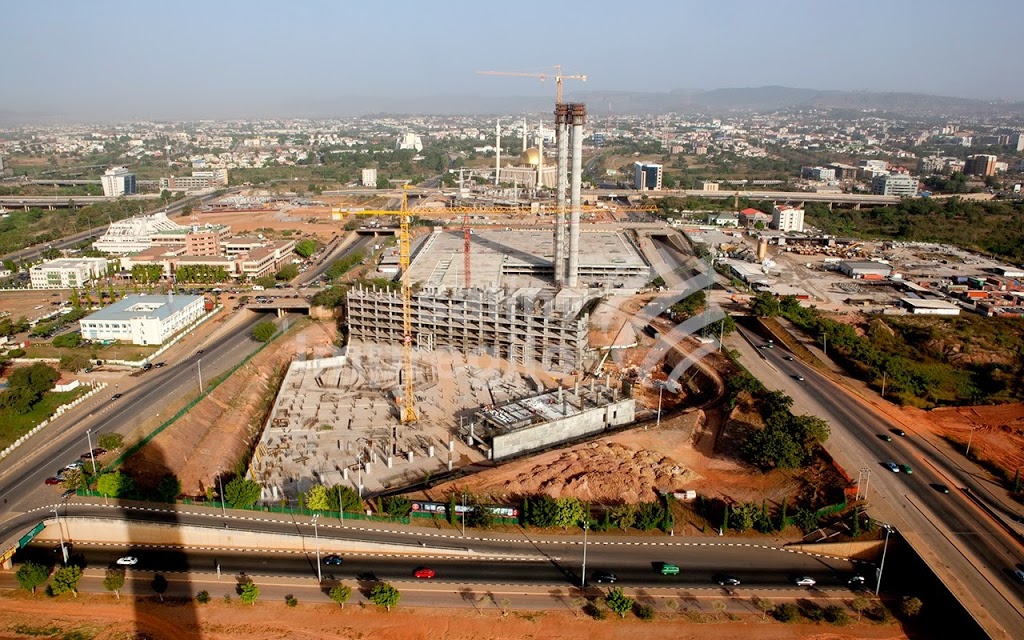 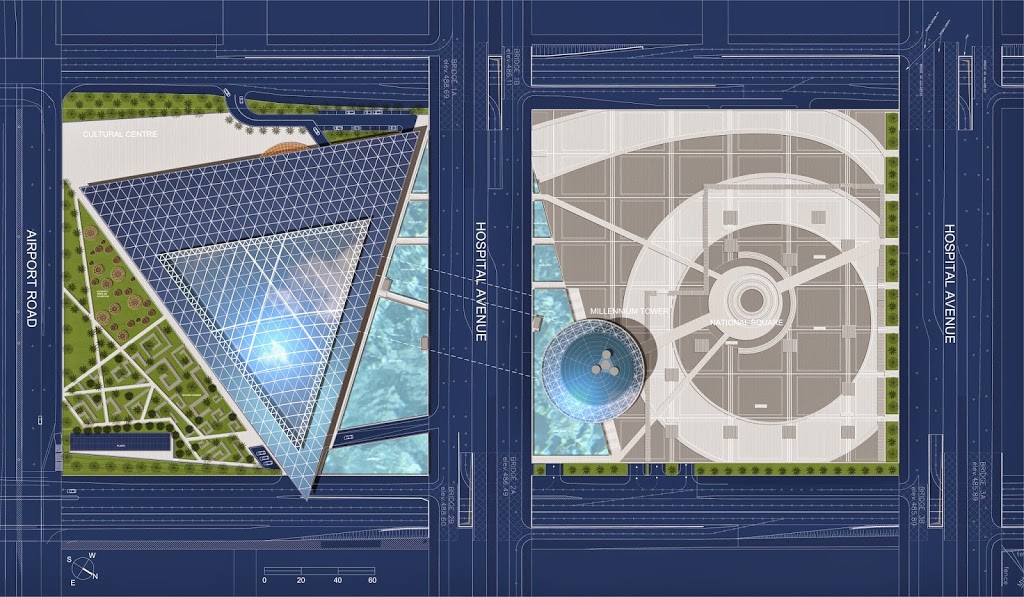 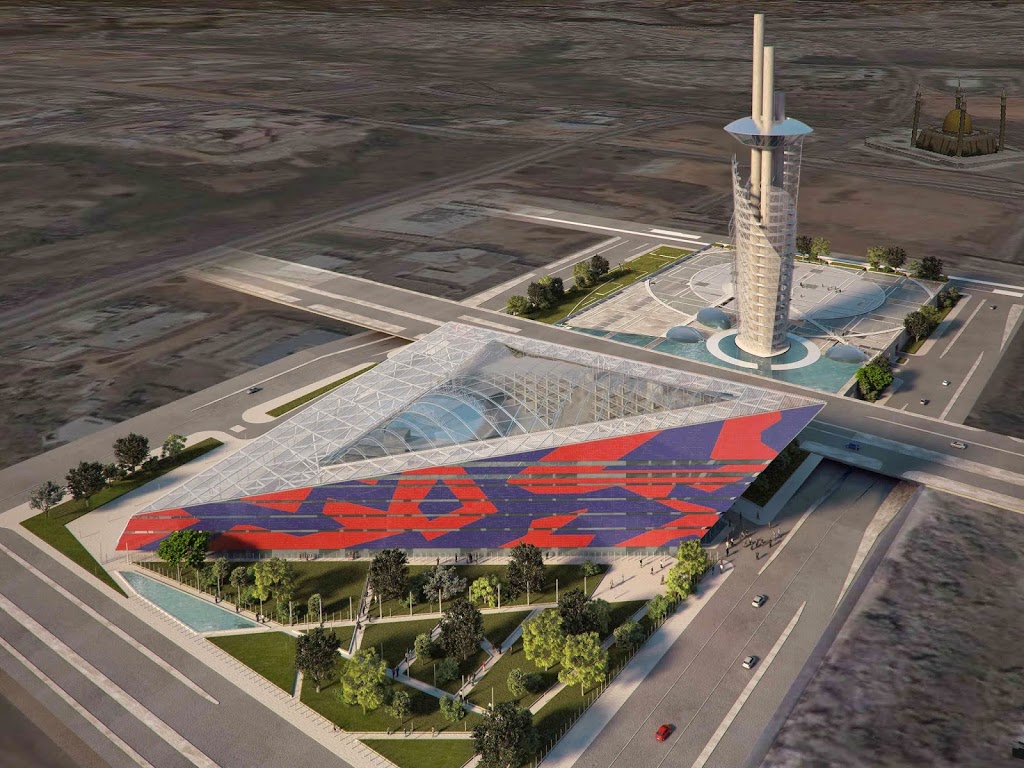 Could this be the new ‘national theatre’ in terms of iconic relevance on the Architectural Landscape in Nigeria. That remains to be seen, but, in the mean time, we’ll bask in the awesomeness of this landmark development in Abuja.