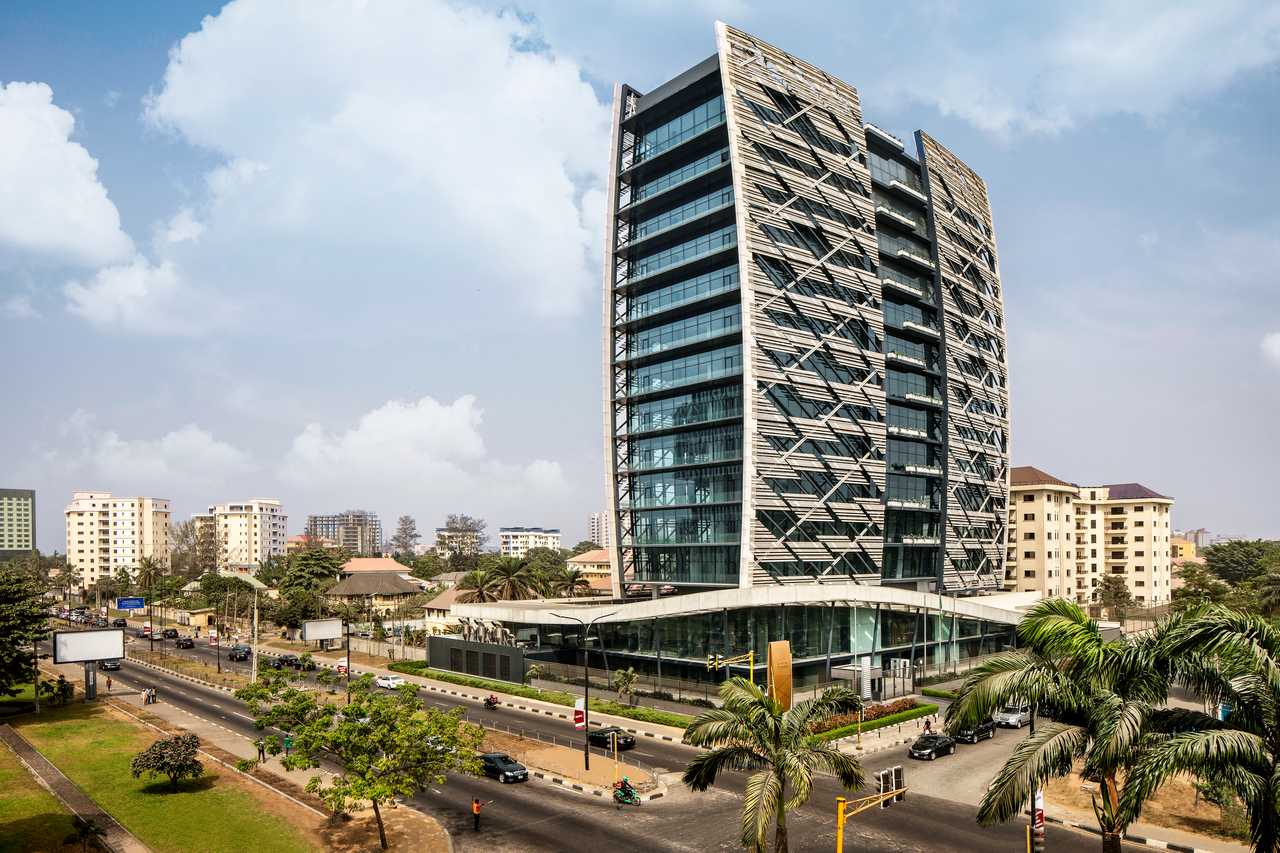 Every building has a time it comes alive, but for Kingsway tower Ikoyi, the choice between the welcoming view during the day and the enhanced view at night is a blurred line. South African architects SAOTA wanted a building that referenced its location and responded to the local climate of Lagos. The result is a mixed-use building that is meaningfully tied to its regional context.

With such an ambition, the first course of action for SAOTA was understanding the significance of Lagos State, and that is its position as one of the fastest-growing cities in the world and the economic capital of Nigeria. It is only befitting that the Kingsway Tower is globally identifiable by its character, planning, and climatic considerations. In this article, we will explain how SAOTA designed an iconic building in Lagos, distinctively different from the anonymous character of commercial buildings

SAOTA was able to create a design that reflected the global economic importance of the city by using world-class materials and procedures. At the same time, they were able to accommodate the environment and climate through careful planning and design procedure. The building subtly references the sails of a boat and it ties that to the land through a podium that warmly invites visitors.

Kingsway towers is in Alfred Rewane Road, Ikoyi, Lagos – a mixed-use corridor containing a residential, hotel, and office developments. However, unlike most of the other buildings in Lagos that follow a standard commercial model of concrete slabs and curtain wall facades, Kingsway tower stands as a landmark. Thereby, introducing a new design to Lagos – one that is sensitive to its environment.

The building form subtly references square sails of traditional boats that travel the Lagos lagoon. It features a distinctively swollen, billowing form and aluminum screens that convey the effect of the gentle breeze that characterizes the climatic conditions of the city.

While the form references the water, the lower-level retail podium creates a connection with the land through the form of the canopy. The canopy is swept around the building and provides shelter at the street level in a way that beckons on the people through its lifted corner. The canopy itself is wavy with a woven pattern on the underside to reference a fabric caught in the breeze.

The pattern on the aluminum screens bears an abstract reference to the palm trees that line the tropical Lagoon in the city. This ensures that the building fits into the context in its aesthetics as well as its performance. In line with the concept, this was a preferred route than asserting overt cultural references.

The building is oriented with its short wing facing east-west and the long wing facing north-west to deal with the heat load in Lagos. Lagos climate features an early rising sun that although beautiful comes with a heat load from a fairly vertical angle. While the early sun is supportive of the economic culture of the state, it will pose a heat problem unless carefully planned for like in the Kingsway tower.

In addition, the overhangs and shading devices discussed below were properly poisoned to tackle the local climate. A combination of that and the north-south elevation proves highly effective.

The building features a series of folded, perforated aluminum screens. These screens for part of its iconic identity and cater to the unique climate of Lagos. However, when deciding on the patterns, SAOTA chooses an abstract representation rather than direct metaphorical references. These patterns have functional and aesthetical purposes for the building.

The screens on the outer façade are arranged in multiple layers. They also create a porous, permeable façade with depth and sculptural quality. This in Truen’s words, casts “interesting shadows internally as the layers shift against each other”.

To reference the careful thought process that birthed them, we will discuss the facade in two parts. The street level and the overall façade.

The street level façade consists of the two-level retail podium swept by a wavy canopy. In planning, this podium consists of publicly assessable spaces to functionally connect it to its context. The use of an open visual connects it to the prominent corner of Glover Alfred Rowane roads. The LED lighting visually enhances the impression of openness and accessibility at night. Truen explained how important this was to activate the street corner and give Kingsway Towers a presence.

The overall building façade sets itself apart from a typical European or American tower. It was configured as a shoplift – with slabs projected beyond the glass surface unlike the flush façade of the usual curtain walls. This serves two purposes i.e., passive thermal comfort and ease of access for maintenance.

The tower offers detailed visual satisfaction to visitors right from the front of the building to your first interaction at the reception desk. As you approach, the triangular grid-like pattern of the canopy quickly catches your attention. And the faceted timber paneling of the lobby provides you a smooth and gentle transition from outside to the inside. This simple sculptural paneling in the lobby is made from locally sourced triangular timber elements that were also built locally. After taking in the paneling, you may gently shift your gaze to the bold wooden cone-shaped canopy over the reception desk.

Using readily available materials and simple patterning allowed the joinery to be sourced and built locally. Committing to a sustainable design. Passive cooling and natural lighting are especially important to reduce the requirement for electricity. The passive design strategies are backed up with a generator and sewage treatment on-site makeup for Lagos’ erratic power supply.

“We wanted to design a building that made direct references to the fact that it was in Lagos, with a façade that responded to the local climatic conditions,”

Walking down Alfred Rowane street Ikoyi, it is easy to see what makes Kingsway Tower a landmark in its context. While other buildings do nothing to enhance the streetscape, Kingsway Tower stands as a beautiful adornment among blank walls and fences. Bearing evidence of SAOTA’s silent hope to catalyze a positive change in the urban fabric of Lagos. Kingsway Tower being a mixed-use building is a perfect typology for this ambition and having Microsoft as the first tenant is somewhat an affirmation.

Next
Why You Should Rethink Granite Countertops