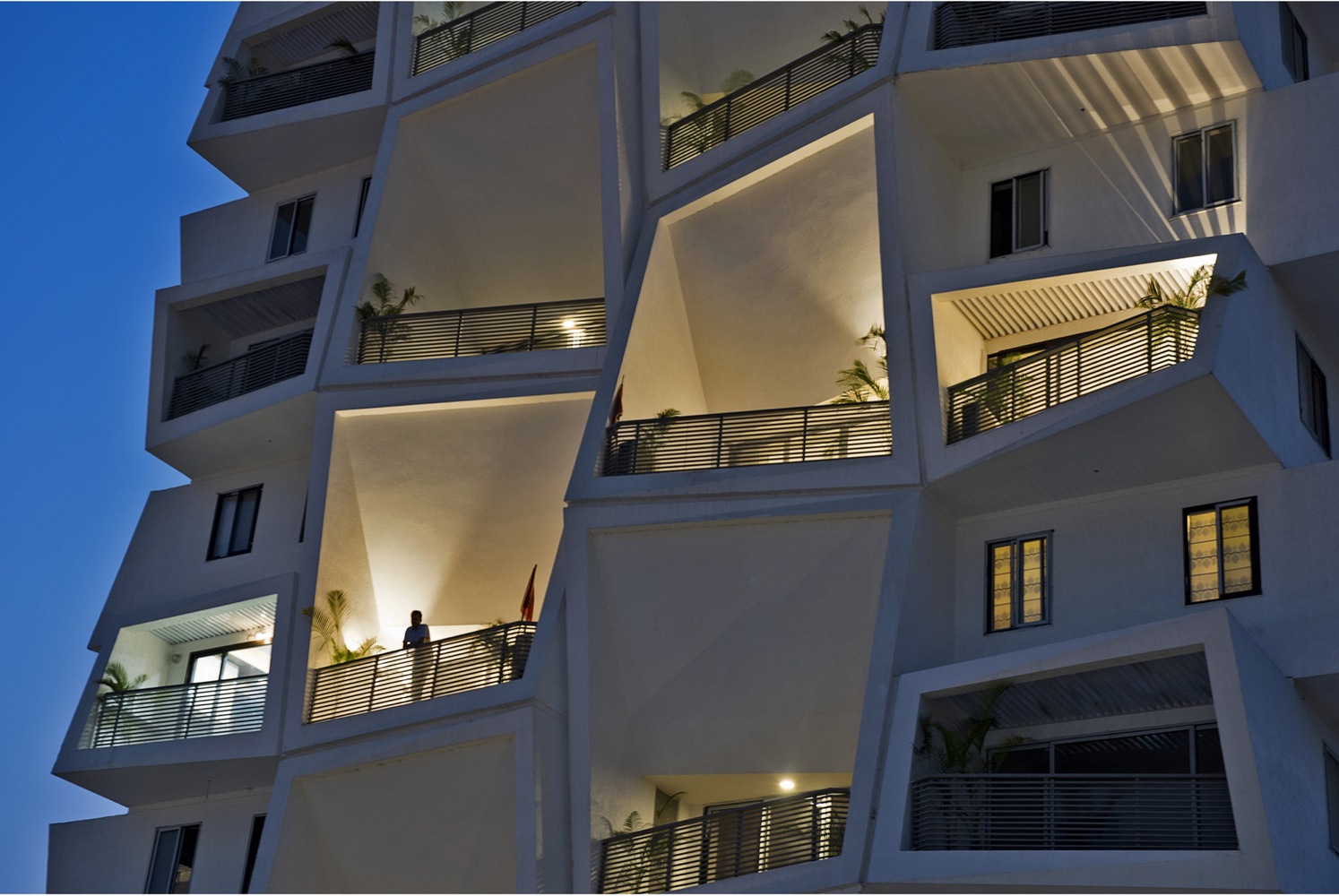 Situated in Ranchi, a city in East India, Ishatvam 9 is a residential building designed by Sanjay Puri Architects on a small plot of 1800 sqm. Most of the plot frontage along the main road is occupied by an existing petrol pump leaving just a driveway for access with a square shaped space beyond which is buildable upon.

Most of this city has existed with low rise development over the last few decades. However, the last few years have witnessed rapid urbanization and in response to this the governing rules which earlier allowed buildings of only 15m height and a buildable area equivalent to the plot size have been changed to allow 50m height as well as a buildable area 3 times the plot size.

These changed rules necessitated building a 15 storeyed building. Most of the city’s inhabitants have been used to living in individual houses with private gardens and open spaces. As a result of this, the few high rise residential buildings that have been constructed in this city still remain partially unoccupied due to the lack of private open spaces in them.

As a response to this need, the apartments have been designed to occupy a complete floor opening out on all sides with each room extending into twenty feet high, double height decks. Each of the internal spaces thus extends and into private sheltered open spaces.

Temperatures in Ranchi vary from 31ºC average in the summer months and 12ºC in the winter months. The extended decks for each room shelter the internal spaces from the excessive heat in the summer while becoming landscaped outdoor extensions to the rooms.

The apartments are designed with minimal internal circulation spaces with a large living dining area located centrally from which all the rooms are accessed. This layout is done in response to the social habits of the people in the city where 3 generations are generally living together in the same house. The living room becomes the focal place within the house allowing for increased interaction between the various family members. Most of the existing development around the plot being low rise, each apartment has views of the openness of the surroundings in each direction.

Ishatvam 9 is designed in response to the social needs of the residents of the city of its location providing each apartment with 20% open area as extensions to the internal spaces, maximizing on natural light and air with cross ventilation to every room in the house, creating an urban high rise tower that will allow its users the openness of the low rise structures that they have been used to living in.