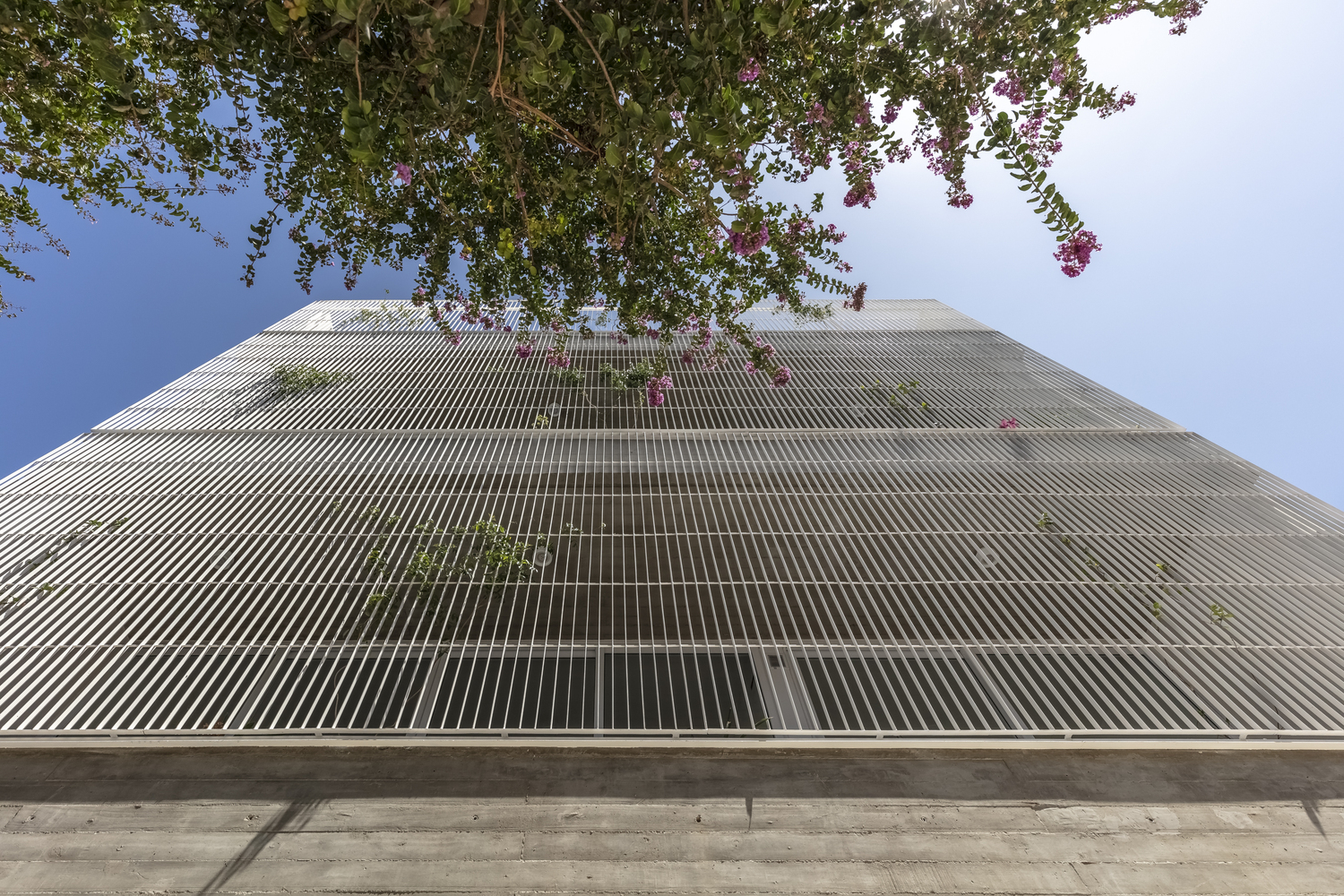 How This Apartment Building in Argentina Maximises a 235sqm Lot

In a typical block in the Saavedra neighbourhood, M 3646 is located on a lot of 8.66 x 27 m. The project embraces the pre-existing conditions of the block combining the courtyards and proposes these as an articulating space as a starting point.

Designed by Argentine architectural practice, Arqtipo, the project leans on a restructuring of the block and the neighbourhood, based on crossing volumes and setbacks, which in this proposal allow greater constructive capacity and more effective densification.

Configuration: The built mass is interrupted giving rise to the circulatory system as an articulator of the intermediate spaces, in search of situations and encounters, challenging new spatial possibilities. This articulating space is sifted by a metallic skin that allows the growth of vegetation on both sides.

The facade towards the front serves as a filter with the same materiality, allowing the expansion of the units and the possibility to assume multiple uses, adding a gradient to the exterior / interior relationship.

Layout: The units are organised in relation to their use on the ground floor, with the habitable unit of three rooms facing the front of the lot with cross ventilation and the multipurpose units facing the back. The latter have the possibility of becoming both professional studios and divisible housing units with two rooms.

The duplex unit on the upper floor also has a degree of completeness that allows a programmatic variability determined by the inhabitant. This unit is projected as an individual house in the heights. All the front units have their own expansions and barbeques towards the interior courtyards, responding to the expectations of the users.

Next
Shadow Of Channels: A Circular Shade House Made Of 90% Recycled Wood