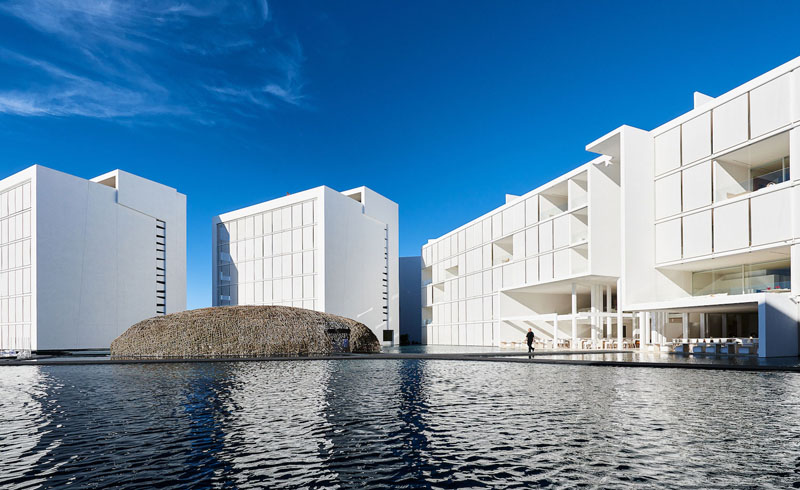 Located along what is described as “the purest, most minimalist landscape a horizon could have drawn.”, the hotel sits on a little over 47 000 sqm of property, and is characterised by a minimalist aesthetic comprising clean, white boxes or volumes that appear to be floating as they are arrayed along a still, man-made water feature, which borders the entirety of the project.

Each of the floating volumes open out to the sea offering breathtaking views that can be enjoyed either from a balcony or through the large, frameless floor-to-ceiling windows that typify the guest rooms and other spaces. Its almost as though each room contains a piece of the sea.

The buildings are, essentially, modular, offering a versatile structure that was factory-made. The modules are such that they could be sub-divided or added onto to serve either autonomously or as part of another structure, such as guest rooms or other ancillary facilities. The entire interior structure was prefabricated and shipped to the site where it was assembled by local hands. In a question of days the first room was ready.

Previous
The Sepang House in Malaysia by Eleena Jamil Architects