FROM THE NORTH: The Rabat Railway Station Proposal by AZPML

The Moroccan city of Rabat is the site of an ambitious masterplan and railway station proposal by International Architecture practice AZPML which seeks to repreent the future of urbanity as it relates to the traditional history of the city.

The proposal which was the winning submission for a competition, works with the existing landmarks and scheme of Rabat as opposed to being a standout signature building. This idea is based on strategy that seeks to seamlessly merge the traditional architecture in the city with contemporary form, texture and material. This is made evident in the design of the facade which features a lattice pattern often used in North Africa and the Middle East.

Heres are some of the renderings of the proposal which will include two discreet buildings housing a number of commercial, retail and residential uses. 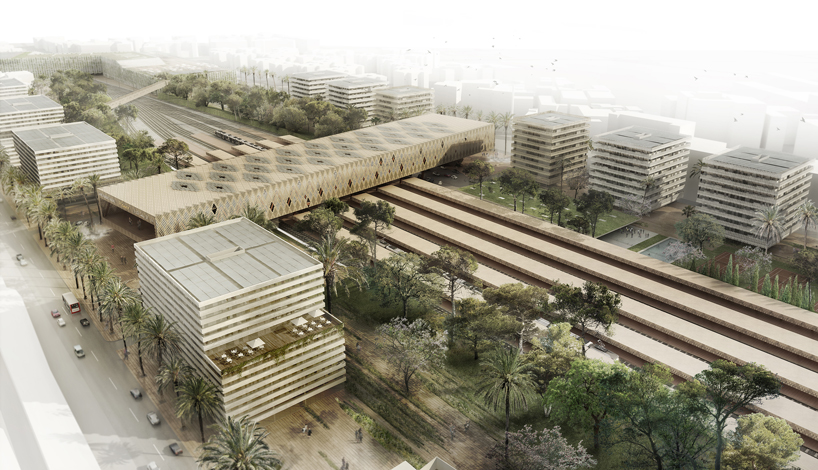